With so many smartphones out there offering pretty similar designs and specs, it’s becoming harder and harder to make the “right” choice when buying a new device. That’s not to say that we’re getting inundated with phones that aren’t worth buying, but if you’re like me, you never want to make the wrong decision when buying something new — especially when it comes to buying a new flagship smartphone that can cost upwards to $1,000.

The new ZTE Axon 30 Ultra is definitely not the best option out there if you’re on the market for the best phone money can buy. On paper, it may even seem a bit boring, but after using it for more than two weeks and taking it with me as my only phone for a week-long vacation, I’m pretty impressed with what the Axon 30 Ultra delivers — especially when you consider it’s price.

The first thing that most people point out when seeing this phone for the first time are its design similarities with Samsung’s Galaxy Note 20 Ultra from last year. Oh and let’s not forget the similarities in the name as well. But despite the design similarities between the two due to the size and placement of the rear camera module, the good news is that ZTE isn’t really trying to compete with Note. 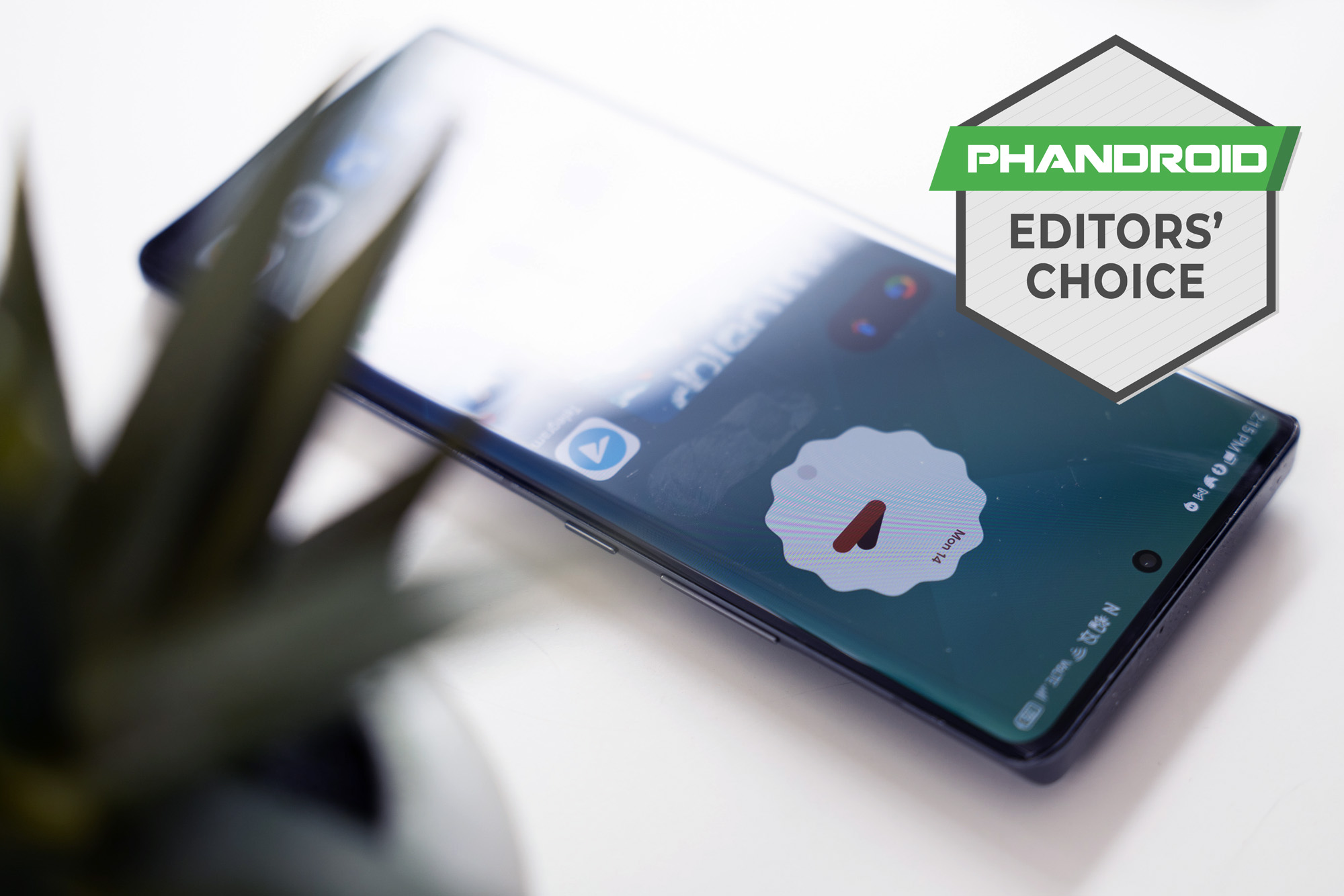 The Axon 30 Ultra is noticeably lighter, doesn’t come with a digital pen, and the metal frame has much sharper edges which can make the phone uncomfortable to hold for longer periods. ZTE does include a clear hard case for the phone right in the box, making the phone significantly more comfortable to fold, while adding a bit of protection.

Based on its $750 price tag, the Axon 30 Ultra is more of an alternative to the Galaxy S21 or the OnePlus 9. It’s an alternative flagship option that you should actually pay attention to.

The basics are pretty simple. You get Gorilla Glass on the front and back, a 6.77-inch FHD+ display with a 144Hz refresh rate and 300 Hz touch sampling which is pretty spectacular for gaming. Speaking of gaming, it’s equipped with an advanced cooling system to help keep the thermals of the Snapdragon 888 in check. Storage options range from 128 GB to 256GB which are respectively paired with 8GB or 12GB of RAM, plus there’s a sizable 4,600mAh battery with 65W fast charging. On the camera front, we have a 16MP selfie camera and an advanced quad-camera array on the back with three 64MP sensors for its ultrawide, main and 2x zoom cameras, and an 8MP 5x periscope zoom camera. 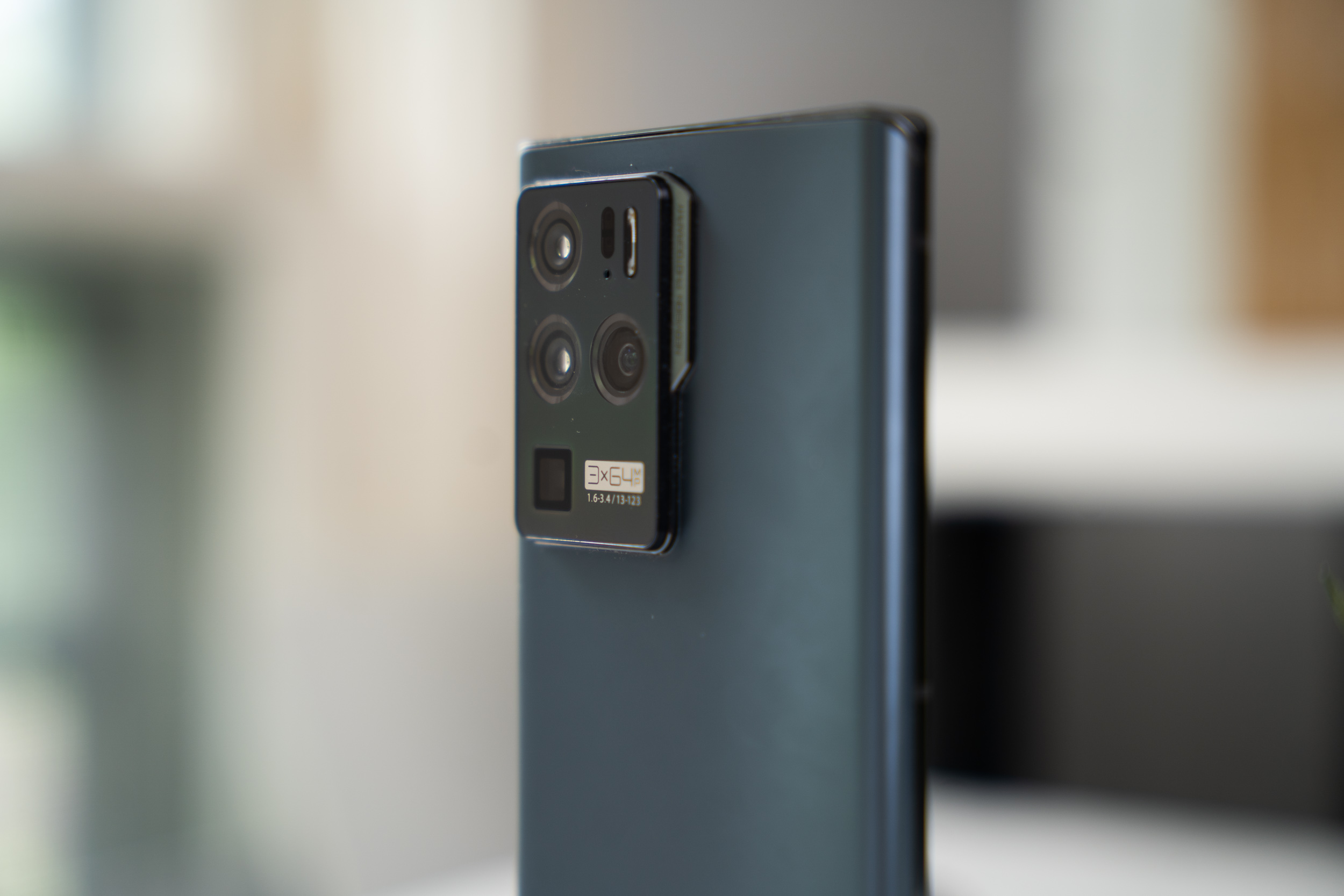 Typically, when you add up all those features you end up with a phone that costs between $900 to $1,000. But ZTE did make a few cuts to keep the price so low. For starters, the Axon 30 Ultra doesn’t have an official IP rating for dust and water resistance. They also decided to forego wireless charging, a feature that’s quite common in devices selling for more than $700 these days.

Having to make compromises on certain features in order to get others at a certain price point is always hard, but in the end it all comes down to personal preference. Personally, I can live just fine without both of those features. The question is: can ZTE’s software and hardware outperform the competition on the other fronts? 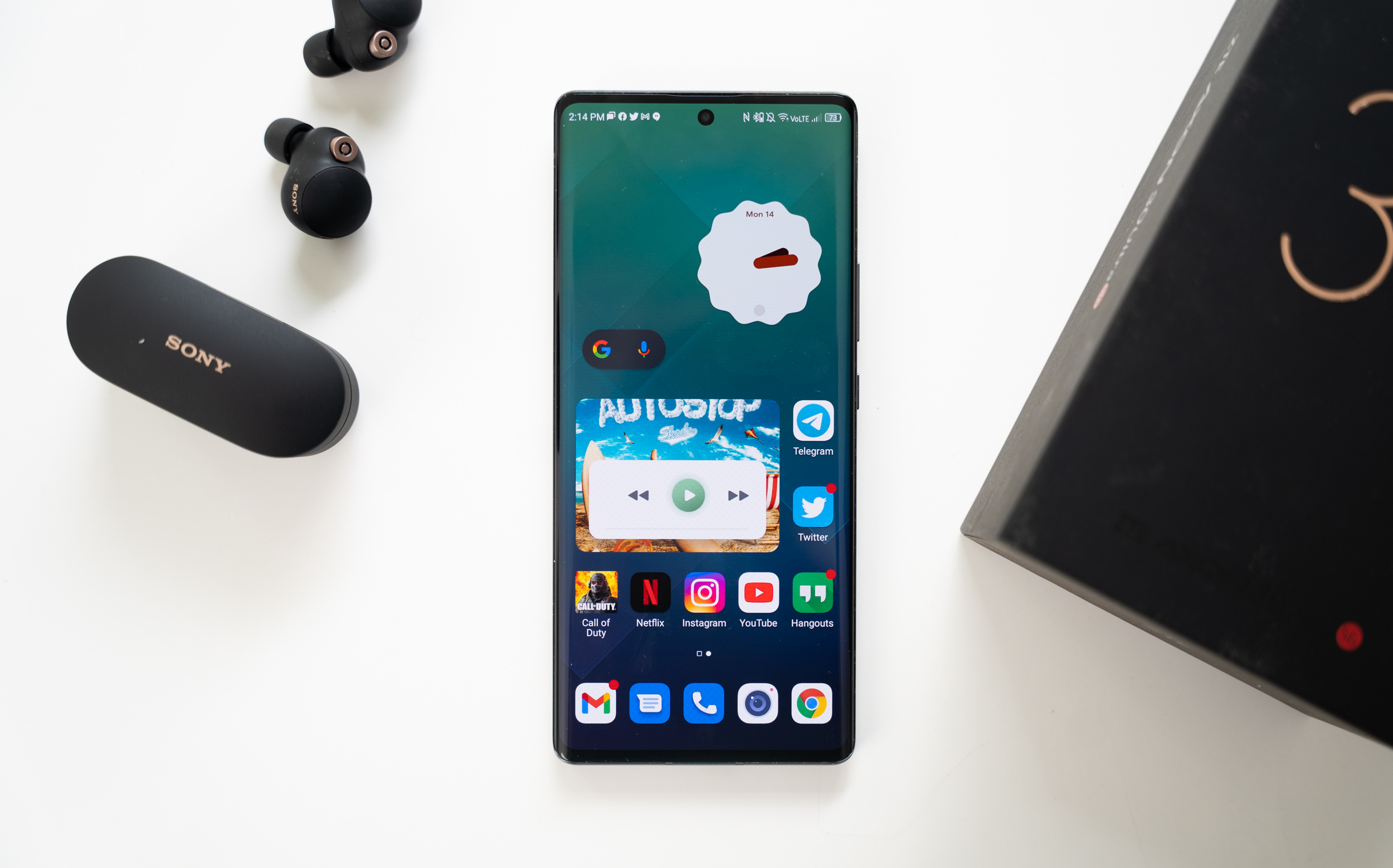 Let’s start with the software. Back when I reviewed the Axon 10 a year and a half ago, I was thoroughly impressed with how stripped back the software was. That’s certainly not the case this time around. They’ve jumped off the near-stock bandwagon and joined up with nearly every other OEM that wants to put their personal touch on Android. The myOS skin running on top of Android 11 isn’t too heavy and simply reskins Android’s UI elements rather than changing them completely. That being said, the quick settings toggles seem a bit out of place with four extra-large buttons at the very top. 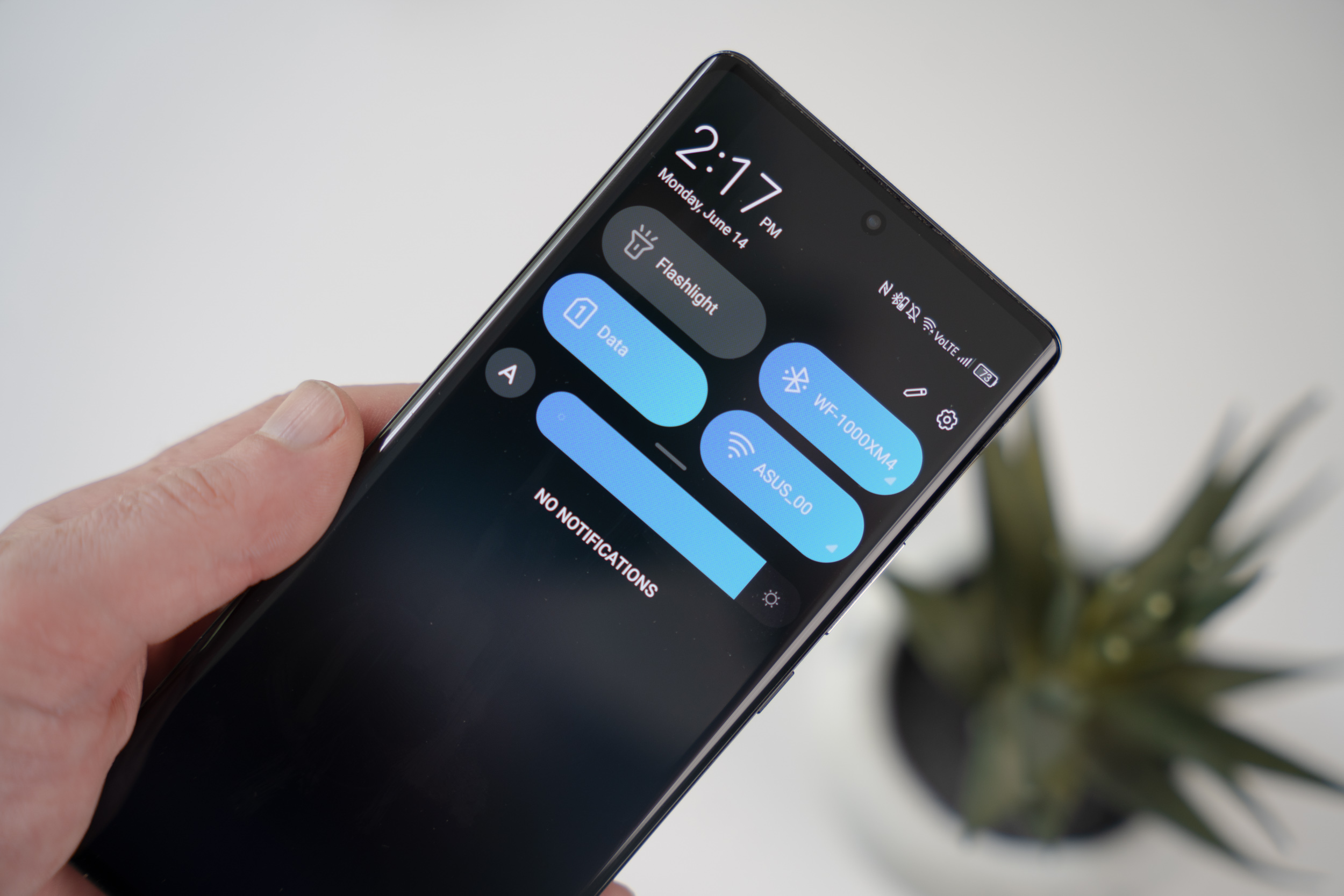 While a bit unusual, having the larger targets is quite helpful for toggling off WiFi and Bluetooth since that’s something I do multiple times per day, but it would be nice if ZTE allowed those larger buttons to be customized. I was also pleasantly surprised to see that Android 12 will be adopting a similar design for quick settings toggles with the new look introduced at Google IO a few weeks back. It’s as if ZTE had an early look at Android 12 and decided to incorporate this new design element a bit early.

ZTE also gets credit for not using excessive bloatware, something that’s become quite prevalent on a few other Chinese brands this year. Other than that, I really have no complaints on the software front. It’s clean, fast, and doesn’t get in the way of the apps you want to use. 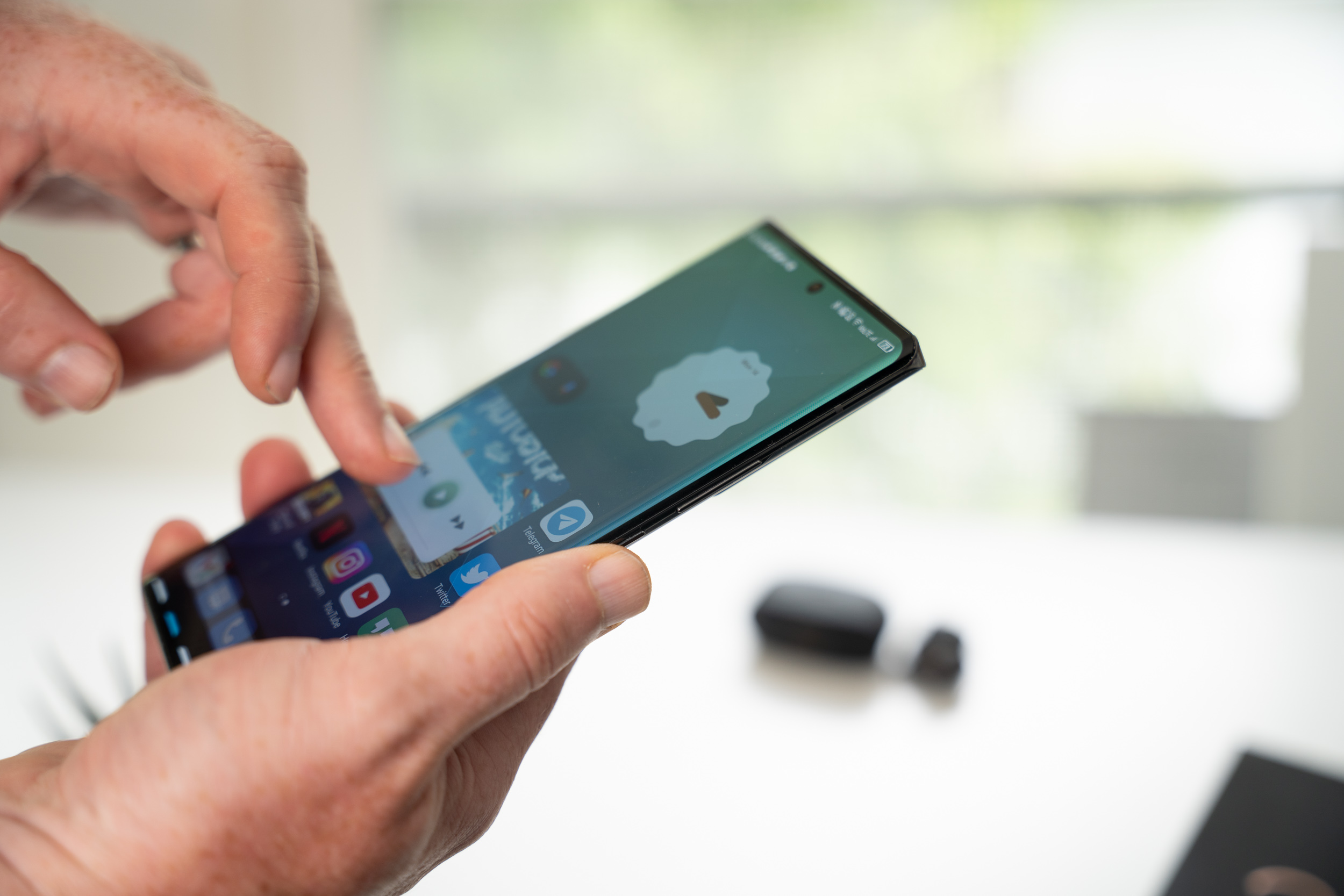 Like so many other smartphones running the new Snapdragon 888, this phone can put up some pretty impressive numbers during benchmarks and delivers a great experience during everyday use when posting updates to social media, scrolling through Instagram, and multi-tasking to get work done.

It’s also pretty good when it comes to gaming, but the top edge of the phone and the area around the camera module does have a tendency to get quite hot during longer gaming sessions. Out of curiosity, I ran 3DMark’s Wildlife Street Test benchmark to see how significant the performance degradation after the benchmark loops 20 times. After the app force closed 3 times on the 15th, 16th, and 18th loop, the fourth attempt finally completed with a 54.30% performance stability after the 20th loop. That’s the lowest number I’ve seen from a phone running a Snapdragon 888, but most other devices with the same chipset range between 55 and 61%, so it’s not too far off the mark.

While gaming, I’ve not experienced any real issues besides the phone getting very hot while playing Call of Duty and Genshin Impact, and the heat increase is barely noticeable when playing less graphically intense games. I just would recommend this phone who are looking for great gaming performance on a budget. 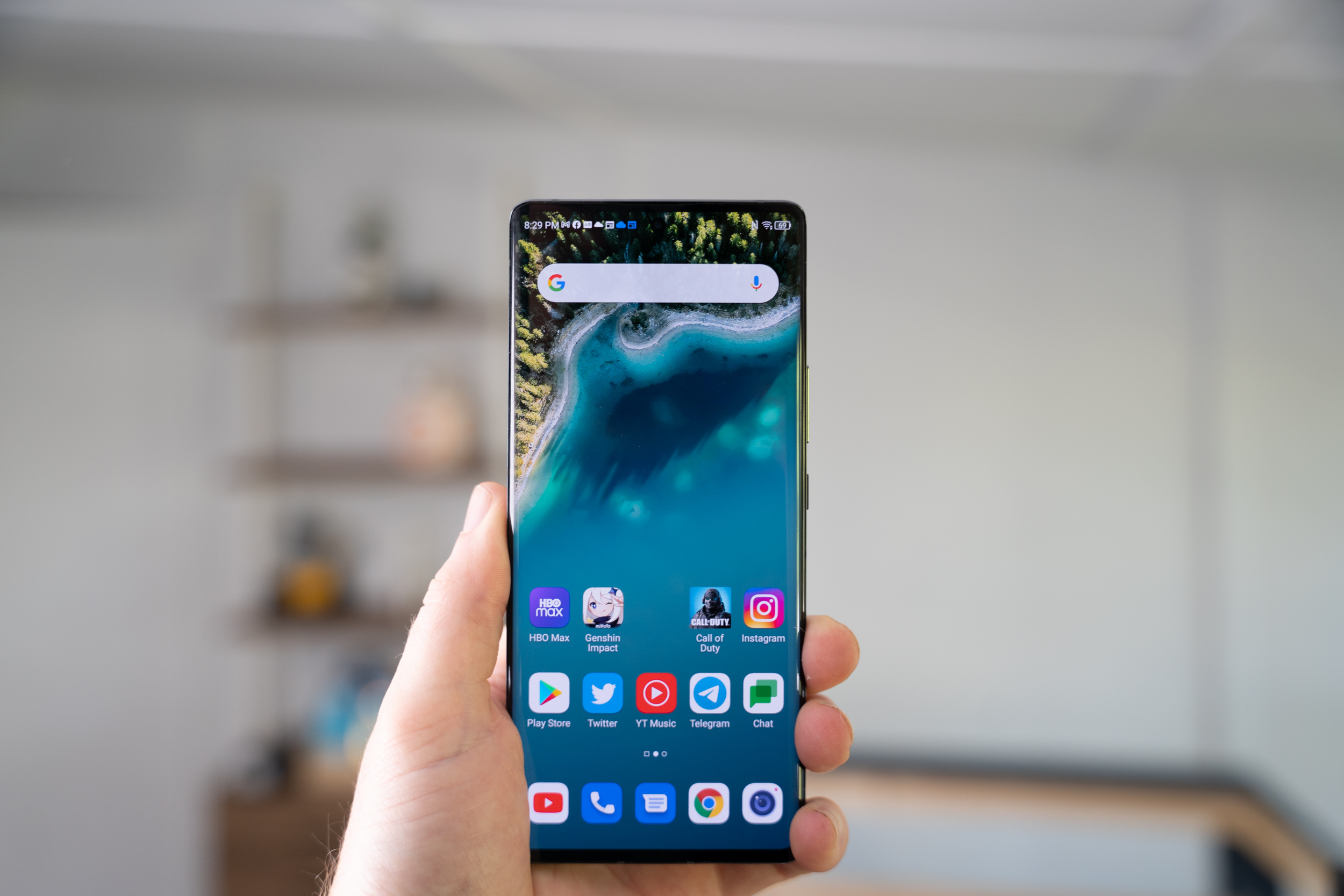 Since this is a budget-friendly flagship smartphone, the FHD+ resolution of the 6.67-inch AMOLED display is to be expected. That being said, ZTE has thrown in a 144 Hz refresh rate and 300 Hz touch sampling, two features that gamers will love. It’s just too bad the phone’s thermals negate the benefits of the display’s high refresh rates while gaming.

That being said, the display on this phone is quite nice, offering great viewing angles, amazing colors, and enough brightness for it to be used quite comfortably in direct sunlight. My only complaint is with the curved edges. As I’ve pointed out before, while they add a bit of flair to the phone’s design, they add unnecessary glare and make it harder to type on the screen. 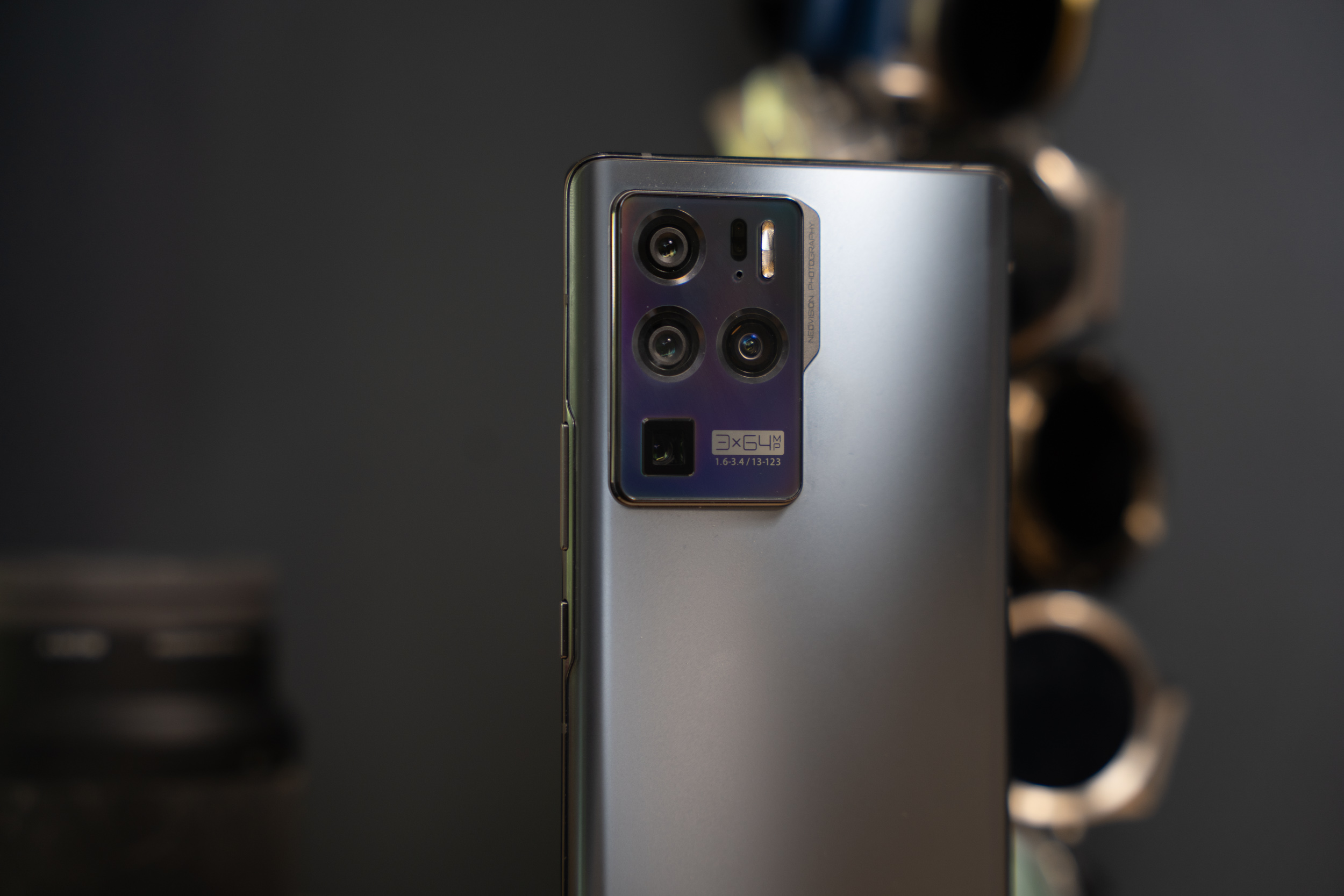 I have to admit that I really wasn’t expecting much from the cameras on this phone. With high-resolution sensors and periscope zoom cameras delivering less than stellar results on other devices, I was expecting more of the same here.

Boy was I wrong. To put this into context, the ZTE Axon 30 Ultra isn’t going to be winning an award for having the best smartphone cameras this year, but the results you get from this device are definitely not what you’d expect from a $750 smartphone.

First off, let’s talk about the 8MP periscope camera. To my knowledge, this is the cheapest smartphone on the market to feature one, giving you incredible versatility when taking photos and videos. The 8MP resolution is a bit low for my taste, but the results are still fairly good. You also only get 1080p video capture from the sensor. Again, not a deal-breaker, just something to be aware of.

As for the three 64MP sensors, I’ve come away fairly impressed and I used it as my only device for capturing photos and videos on a week-long vacation we took with our family. I’d say that results slot in between the OnePlus 9 and the Galaxy S21. My two complaints are that portrait mode doesn’t really work when trying to capture images of objects instead of people and that the selfie camera could benefit from better dynamic range to help keep the highlights in check.

Video capture was also impressive, offering up to 8K at 30fps if you really need that, but the 4K capture mode is excellent.

With its 4600 mAh cell, this phone can make it through a 14-hour day with 5.5 hours of screen-on time with about a 10% charge remaining. I was hoping for a bit more, but the phone’s excessive heat is likely one of the factors for it not lasting as long. That being said, ZTE does include a 65w fast charger with the phone, allowing you to top off the battery from 0 to 100% in less than an hour.

Is the ZTE Axon 30 Ultra the right phone for you? If you’re looking for a phone that’s well-rounded at a great price, the Axon 30 Ultra checks all the right boxes. It does have a few issues, but unless you’re a hardcore mobile gamer, there’s really no reason to mass up on this phone.

The ZTE Axon 30 Ultra is a great buy for the casual user who wants to upgrade from a mid-range device.