Even though the kids are out of school for the Summer, it’s time to start thinking about the next school year, which means we’re going to be seeing a lot more Chromebooks made available soon. One such option is the new Acer Chromebook Spin 514, which recently launched through Best Buy and makes use of the AMD Ryzen chipsets which aim to provide an improvement when comparing the price to performance. We’ve spent some time with Acer’s latest offering, so how does it perform and should you consider it for yourself or as a recommendation for someone else? Let’s find out.

When you first take the Acer Chromebook Spin 514 out of the box for the first time, you might not even recognize that it’s a Chromebook at first. Well, at least until you see the Chrome logo that’s found on every other Chromebook out there. But seriously, this looks and feels like one of those awesome ultrabooks that have been hitting the market left and right.

Before diving into our experiences with the Spin 514, here’s a breakdown of the specs: 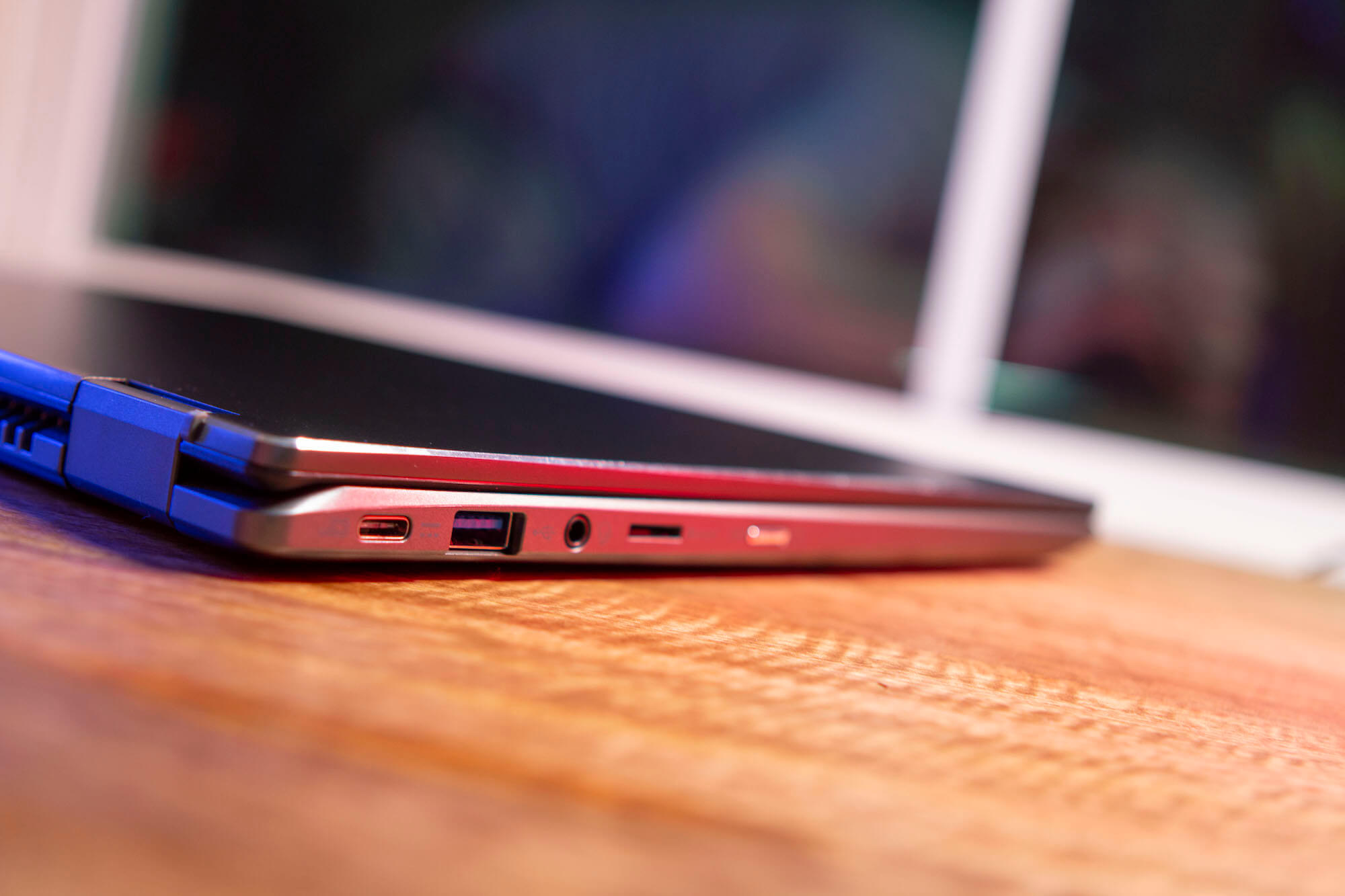 For the frame and build, Acer uses aluminum for the majority of the laptop, with a few chrome (no pun intended) trim around the display and keyboard deck. The Acer logo on the top of the lid offer the same finish, providing a bit of shine whenever some light catches it. Acer states that the Chromebook Spin 514 has passed the MIL-810H testing to prevent shocks, vibrations, and extreme temperatures in the environment. That’s quite impressive and makes this a great pick if you travel a lot or maybe for that student who tends to be rough on their electronics.

When it comes to connectivity, the Chromebook Spin 514 doesn’t disappoint, as you’ll find just about everything you could think of here. On the left side, you’ll find a USB-C 3.2 port for power, a standard USB-A 3.2 port, a headphone jack, and even a microSD card slot that will likely come in handy. Oh, and there’s a power button with an LED indicator to let you know when the Spin 514 has been fully recharged and you aren’t actively using it. 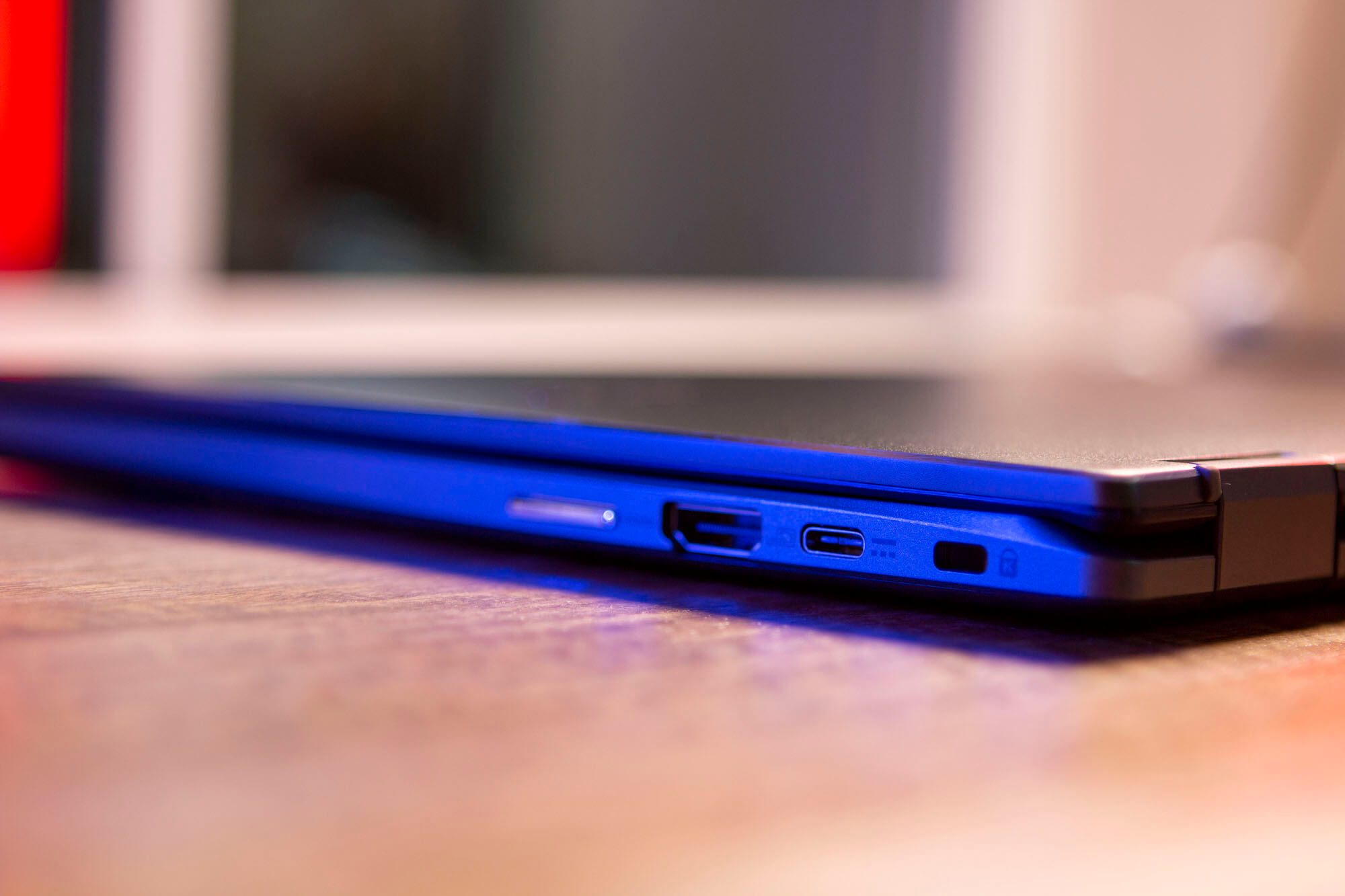 Moving to the right side, and we have a security lock slot at the top (again great for students and travelers), another USB-C 3.2 port, a volume rocker for when you put this in tablet mode, and an HDMI port. It’s not often that you see a full-sized HDMI port on a laptop anymore, especially one that’s as slim as this one. In fact, there’s really not much clearance between the edges of the port and the keyboard deck itself. 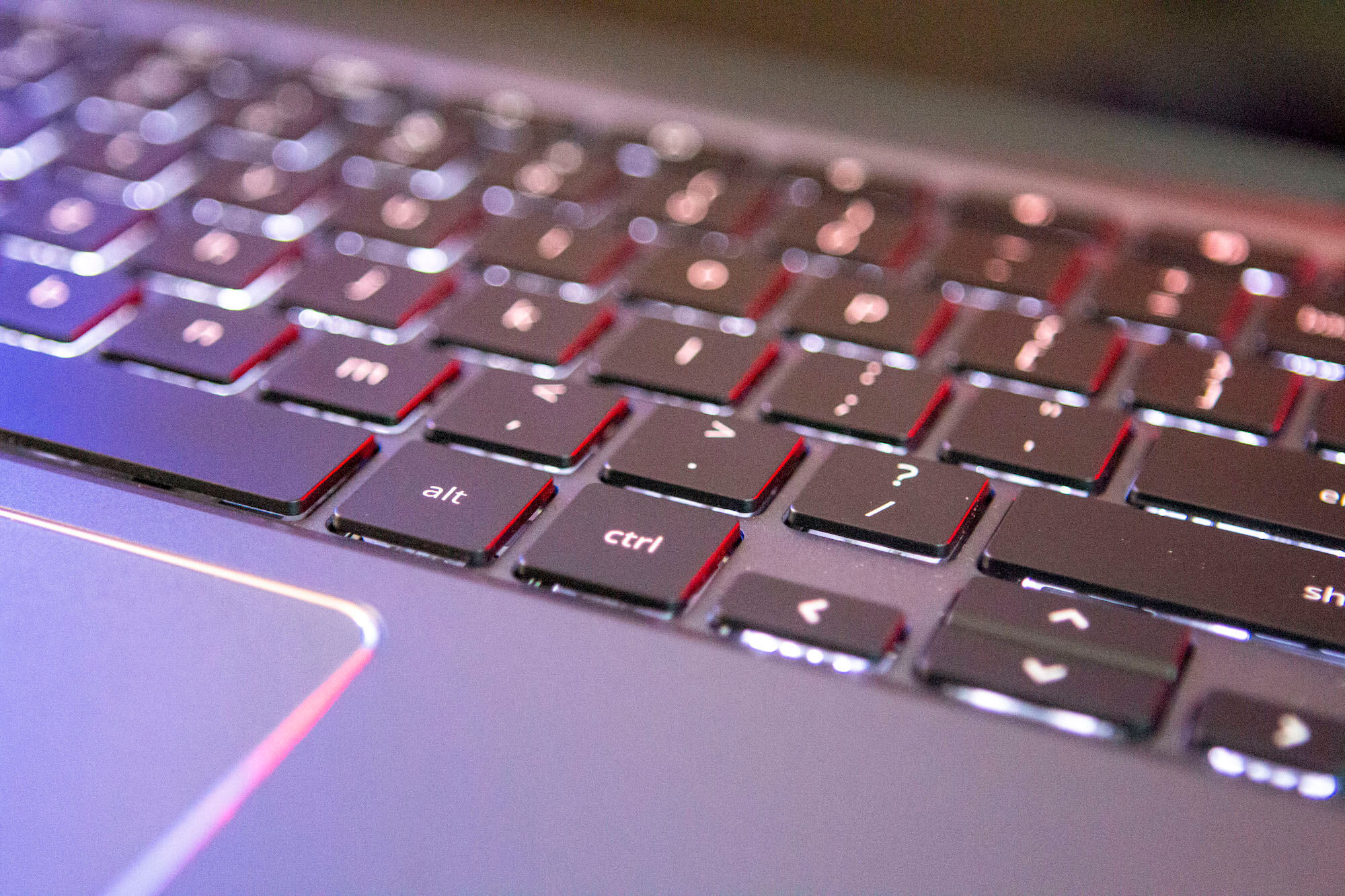 I’m going to just come out and say this now. I’m a sucker for a great keyboard, and if a laptop or accessory includes a shoddy keyboard, it’s likely to end up relegated to my pile of misfit electronics. But typing and using the keyboard on the Acer Chromebook Spin 514 is an absolute dream to type on. The buttons offer just enough feedback to make it feel like I’m not pushing against the underlying mechanics, and quite the opposite compared to my 2019 MacBook Pro. Instead, this feels closer to what you’ll find with Apple’s new Magic Keyboard, including the Magic Keyboard available for the iPad Pro.

Adding to the enjoyment of using this keyboard is the fact that it features an LED backlight. This can be adjusted via the function row at the top, but having a backlit keyboard is extremely convenient especially if you have a tendency of working late into the night as I do. Acer really nailed the keyboard here, which makes my issues with the trackpad even more frustrating. 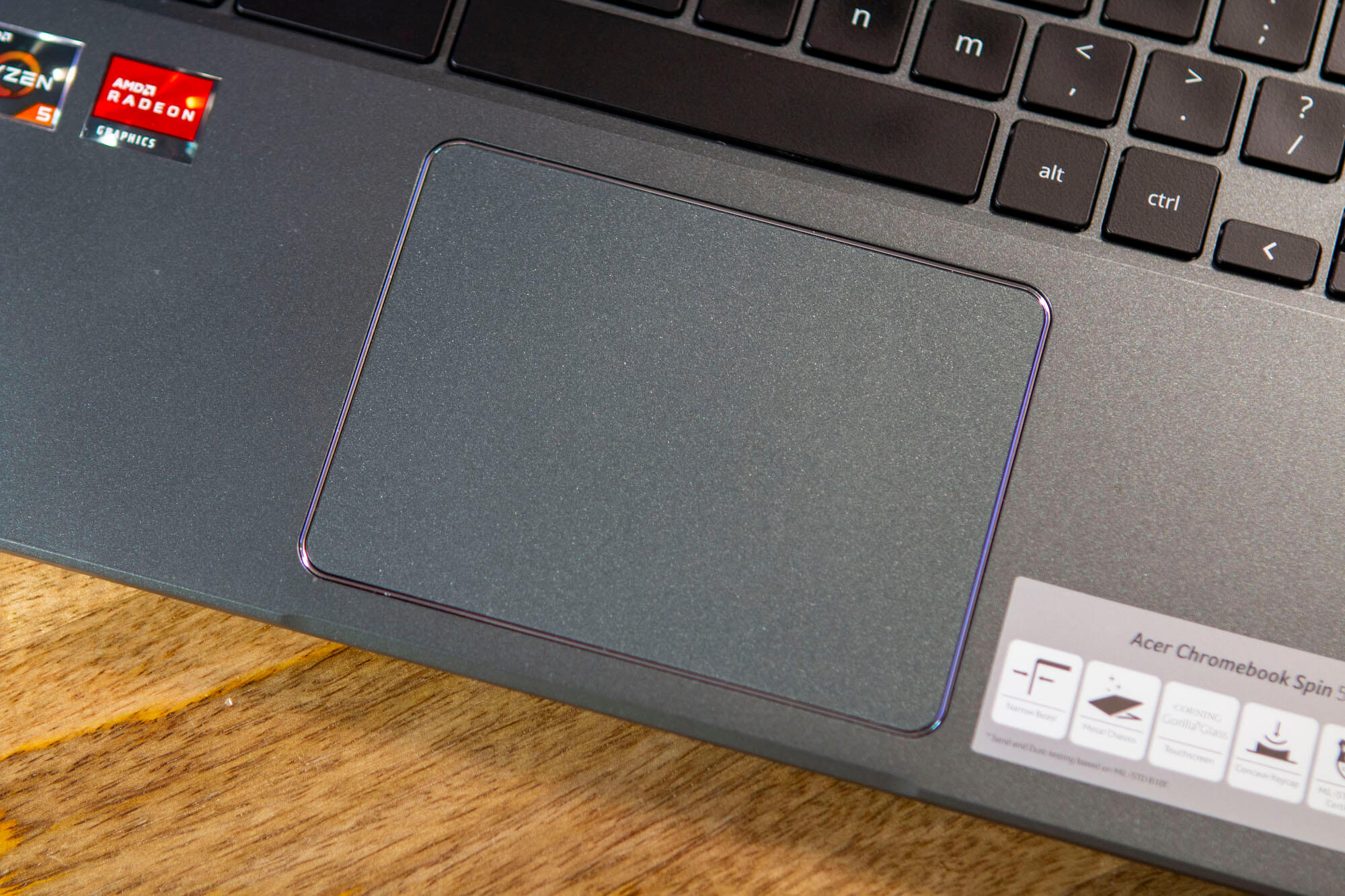 Functionally speaking, there’s nothing wrong with the trackpad on the Spin 514. It works just like you would expect any other trackpad to, and is large enough that I don’t feel the need to reach for a Bluetooth mouse to use instead. It’s a bit cramped on a 14-inch display, but it still spans wider than the spacebar, so there’s really not anything limiting it in that regard.

My biggest issue was when it came to actually clicking or tapping on the trackpad throughout the day. From time to time, I would press down on the trackpad, only for the Spin 514 to not recognize what I had done. While using the Spin 514, it didn’t matter exactly where on the trackpad I was clicking, it would just randomly not register the click, forcing me to try again. This isn’t a deal-breaker, but it’s a frustration that I wish wasn’t present on an otherwise stellar typing experience. 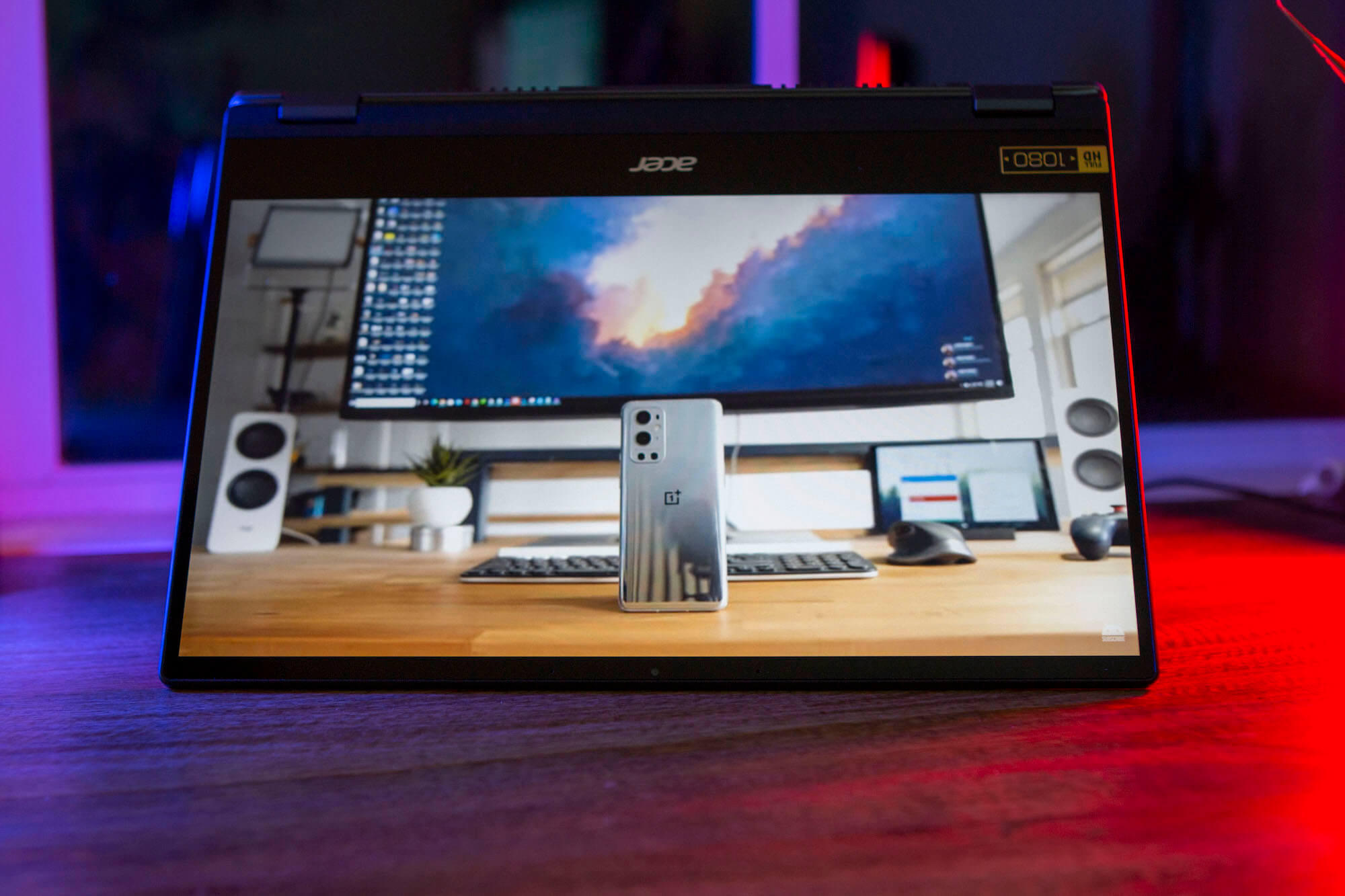 Acer packed a 14-inch 1080p touch-screen display into the Chromebook Spin 514, while sporting a 16:9 aspect ratio. While we might have liked to see something like a 3:2 display for those productivity nerds, this works just fine even when multi-tasking or putting the shelf on the left or right side of the screen.

Colors were just okay, but more often than not, I had to turn up the brightness in order to see all of the details that I would need to. Whether it’s just watching a movie or editing some photos, I felt like the Spin 514’s display just wasn’t vibrant enough for my needs without cranking up the brightness. Of course, this isn’t much of a problem when you’re plugged into a charger, but going mobile with this Chromebook at full brightness might put a bit too much strain on the battery. 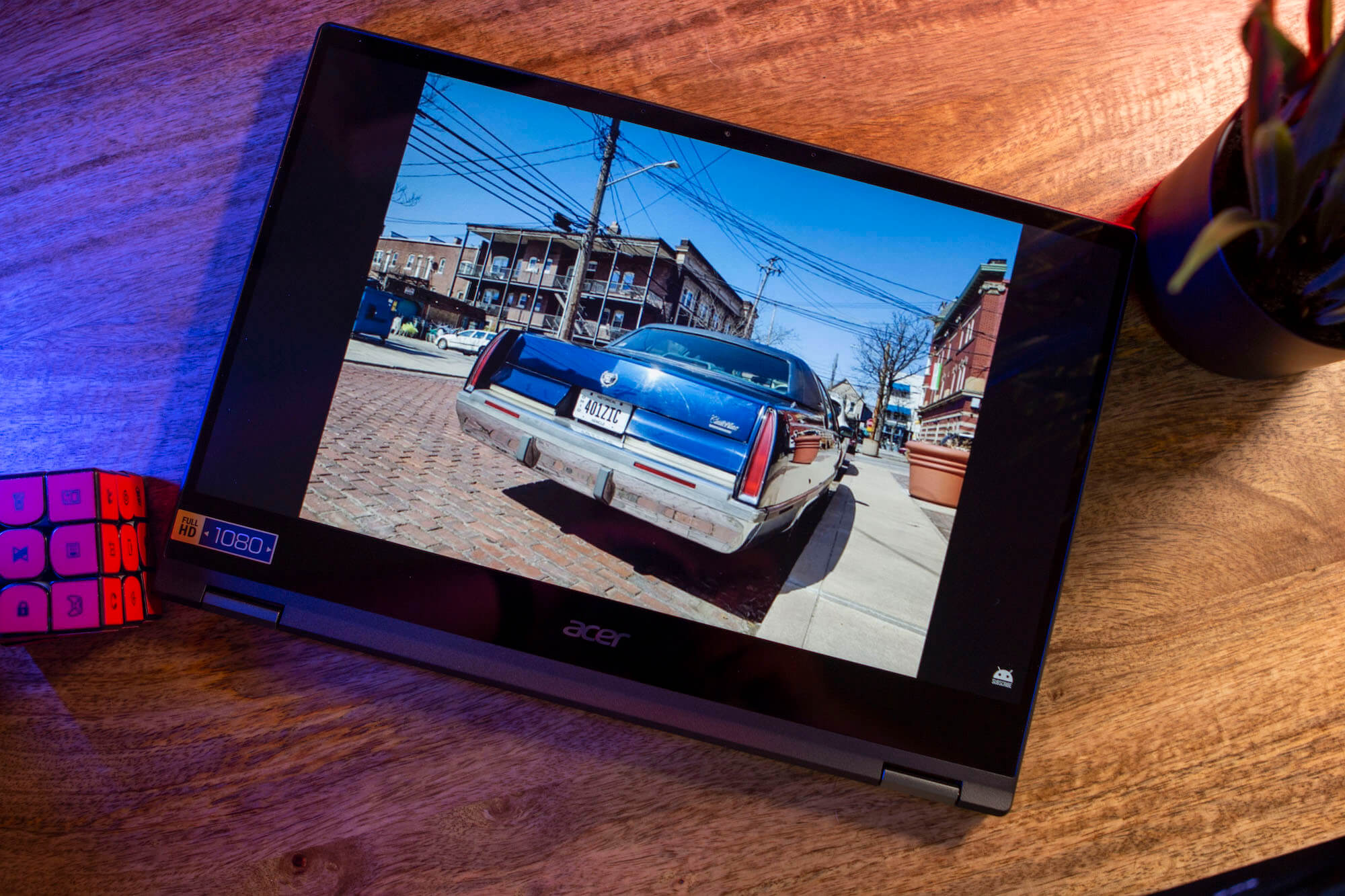 As the name suggests, the Chromebook Spin 514 features a rotating hinge that allows you to “spin” the display and flip it back to use it in tablet mode. We didn’t run into any real problems when using the Spin 514, although a 14-inch display is a bit cumbersome when you’re trying to use it as a traditional tablet. Taking advantage of Tent Mode is great for propping it up, and we are happy with the versatility offered here.

My biggest gripe when it came to my time with the Spin 514 was the speakers. As someone who enjoys being to sit back on the couch to get some work done listening to Spotify or watching YouTube for a while, the speakers were abysmal. That’s because Acer opted to use bottom-firing speakers, meaning that the sound would be muffled as the speakers rested against my thighs when sitting on the couch or in a chair. When propped up on a desk or table, or using the Spin 514 in Tent Mode, the speakers were serviceable. You’re not going to find anything ground-breaking here, so if you want a more consistent audio experience, you might better off using some headphones 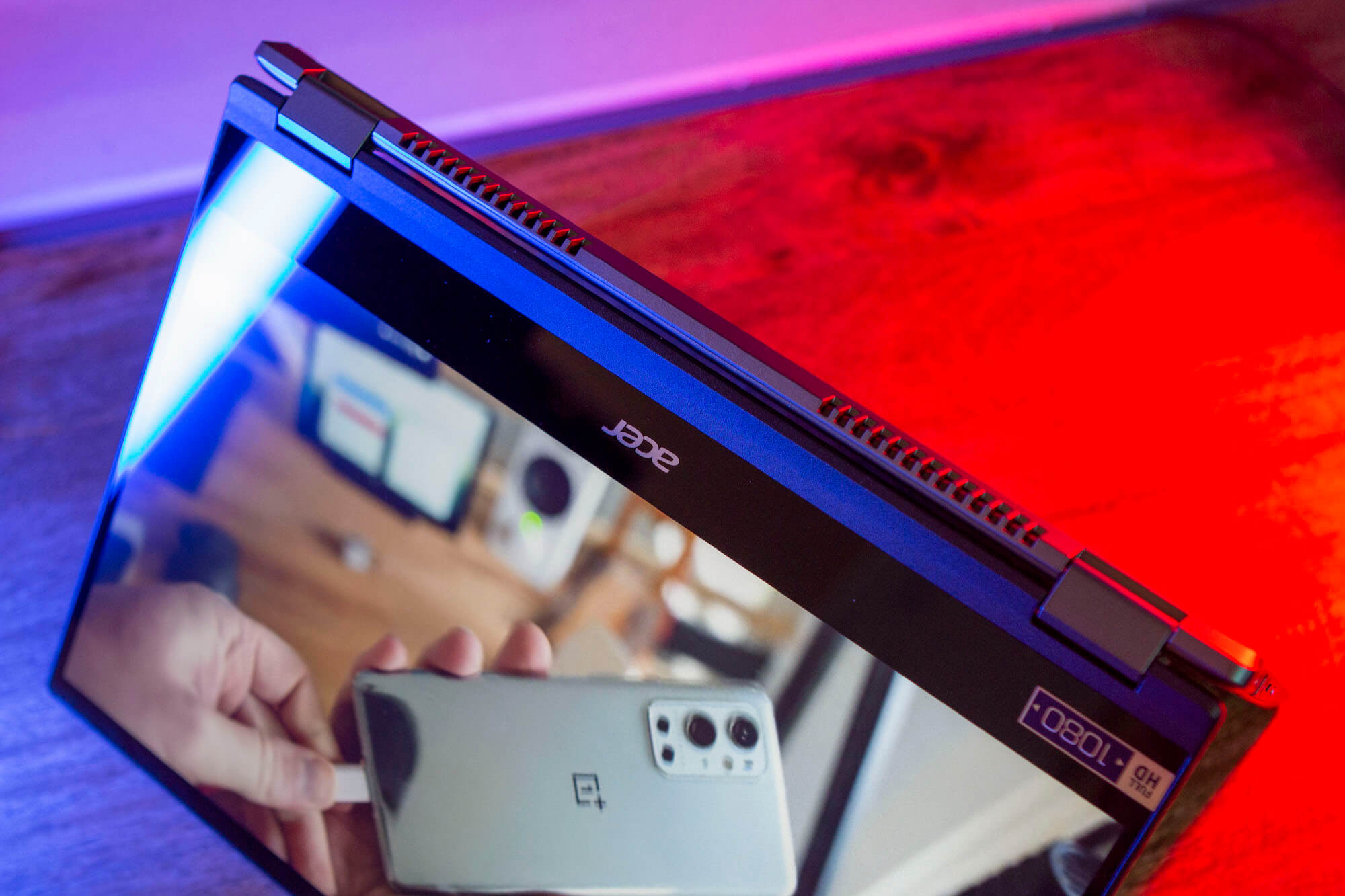 We aren’t sure if this was just our unit, but we have heard of others with similar issues. Performance when not being plugged into the wall resulted in some stutters when trying to use the Spin 514. It’s possible that this is a limitation of the AMD Ryzen chipset being used, as similar problems have been found elsewhere on the market, including Microsoft’s new AMD-powered Surface Laptop 4. This stuttering and semi-sluggishness can be remedied by just plugging it into the wall.

Other than that, we didn’t run into any issues when it comes to performance on the Chromebook Spin 514. It was able to handle some photo editing sessions with ease, along with some intense research sessions with 10 or more browser tabs and other apps opened at the same time. Acer has really dialed in its performance here, and I was excited to use the Spin 514 every day thanks to the combination and that incredible keyboard. 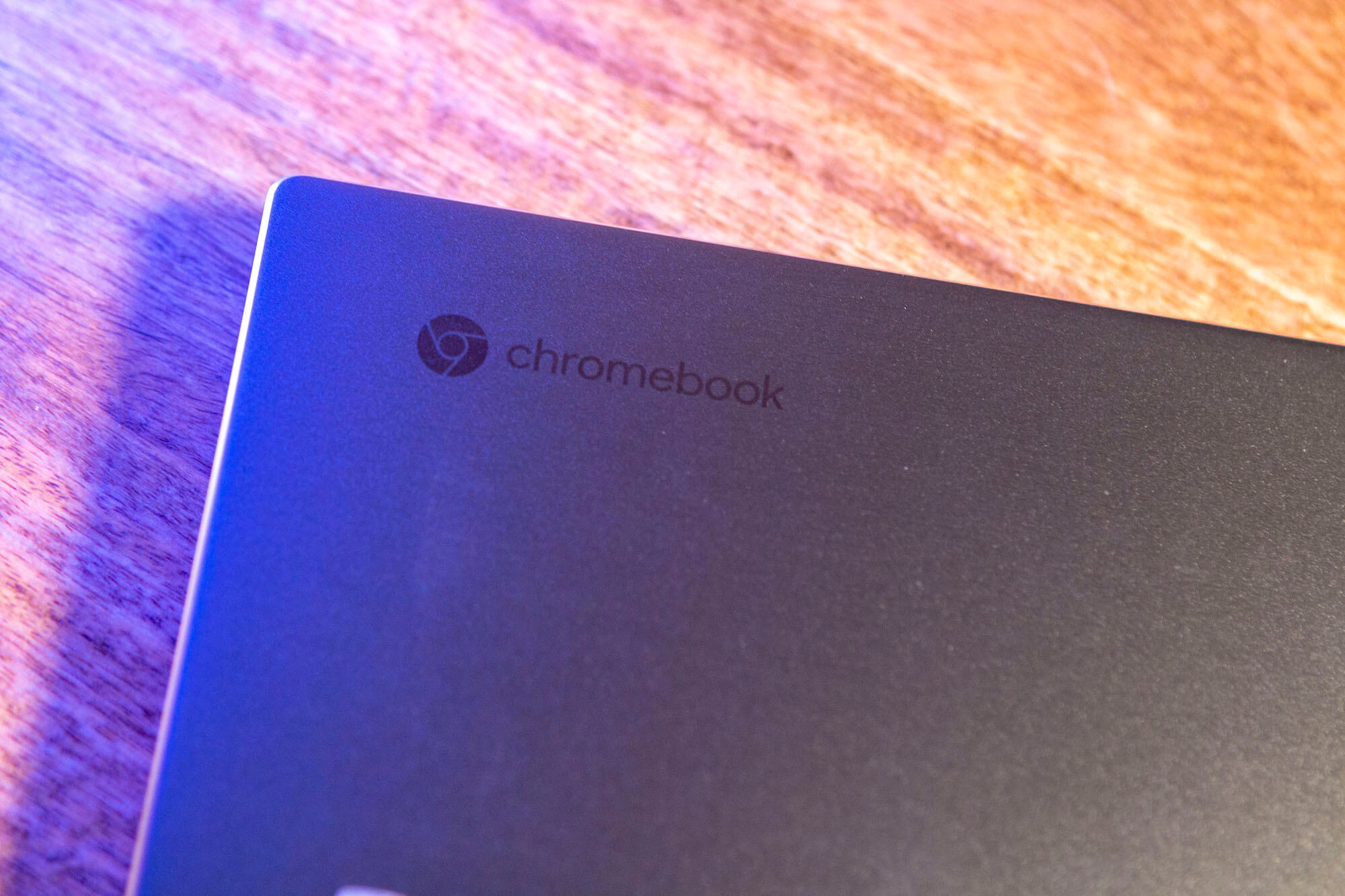 Between the incredible keyboard experience, the versatility offered by the rotating hinge, and the MIL-STD 810H rating, this would make a wonderful Chromebook for a student. 14-inch displays are kind of the sweet spot for productivity, as 11-inch displays are just too small, and anything larger tends to be too heavy to carry for long periods of time.

The Acer Chromebook Spin 514 is really the complete package, and if you can get over the potential frustrations with the trackpad, then we would definitely recommend it for just about everyone. It’s a little bit on the pricier side, but that’s what happens when you get all of these ports, along with the switch using AMD Ryzen chipsets on Chrome OS.

Acer’s Chromebook Spin is a great option for those who want a solid 14-inch Chromebook and enjoy using a fantastic keyboard. With plenty of I/O and a reversible hinge, the Spin 514 can handle practically anything you throw at it.