How to set up a Locked Folder in Google Photos

Leading up to the Android 12 Material You redesign, Google put a lot of focus on privacy and security for Android users. This comes as no surprise, as we’ve seen other phone makers, primarily Apple, make strides to keep users’ data and content protected. During Google I/O 2021, Google introduced a rather awesome change to Google Photos, with the announcement of Locked Folders.

With Locked Folders, you’ll be able to move and save any of your images and videos within Photos to a password-protected folder. This will remove the content from appearing in third-party gallery apps, along with removing them from appearing on something like your Nest Hub.

Set up a Locked Folder in Google Photos

The process for creating a Locked Folder is a bit different from setting up your traditional folder. Everything is done within Google Photos, but you’ll need to confirm your lock screen passcode first before being able to actually move or save any content to those folders. Here’s how you can set up a Locked Folder in Google Photos:

How to save pictures directly to the Locked Folder

This wasn’t really shared during the announcement, but Google has confirmed that you can actually take pictures on your Pixel and have them saved directly to a Locked Folder. This removes the need to deal with trying to find them and manually move pictures or videos after the fact.

How to move pictures and videos to the Locked Folder

What limitations are there with using a Locked Folder? 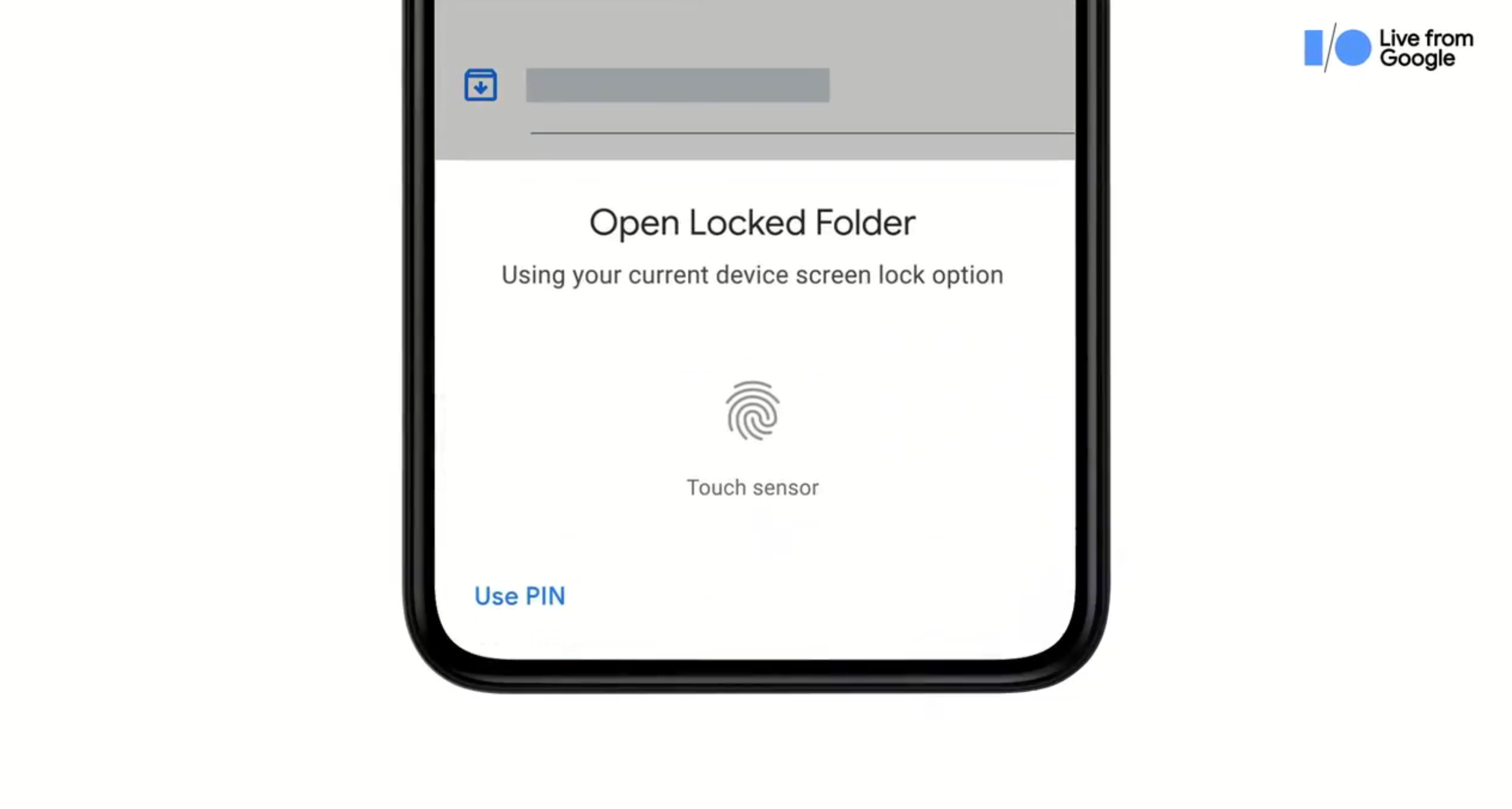 There are a few limitations to what you can do when using a Locked Folder. The first of which is that it’s currently only available for Pixel devices, starting with the Pixel 3. We’re expecting to see Locked Folders arrive on more Android devices in the future, but for now, you have to have a Pixel phone in order to take advantage of it.

This also means that any pictures added to a Locked Folder will result in them being removed from any of your existing memories or photo print orders. Images also won’t be displayed on devices like the Nest Hub or a Chromecast.