There have already been quite a few interesting phones that have been launched over the first half of 2021. But one of the more intriguing options out of the bunch has been the Oppo Reno 5 Pro. This phone was announced in February, with promises to provide some substantial upgrades over its predecessor. But how does the Reno 5 Pro stand up to the rigors of daily life? 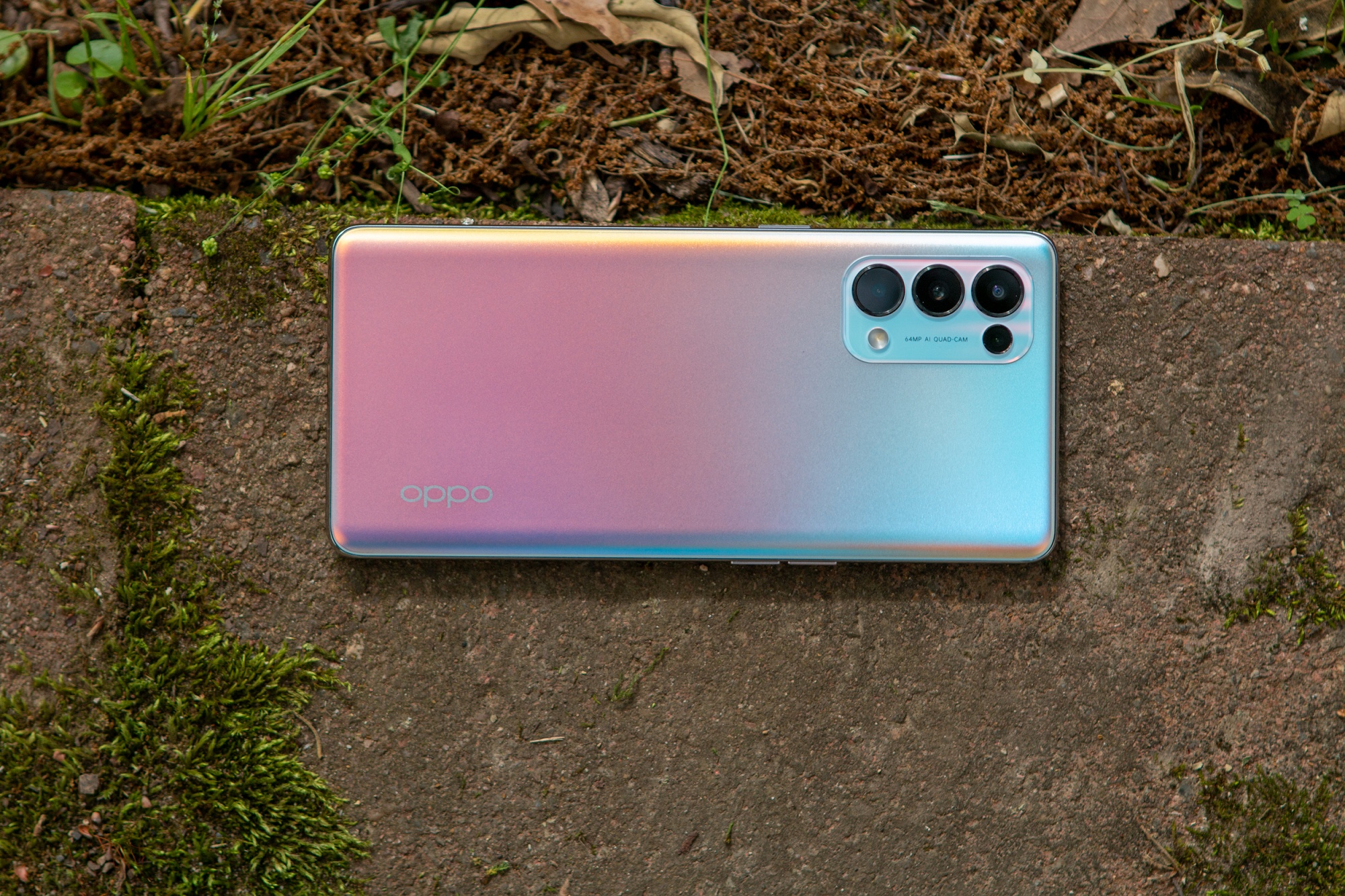 Immediately after taking the Oppo Reno 5 Pro out of the box, I was stunned by the design. It’s sleek with slight curves in all of the right places, along with that absolutely beautiful Starry Dream colorway on the back. The colors seem to go from blue to orange to pink to purple, and back again, just depending on how you’re holding it. I’m also a huge fan of the matte finish atop the colors, as glossy finishes should be banned on all future smartphones.

Matte finish aside, the Reno 5 Pro is extremely comfortable to hold, even for long periods of time. Even when I wasn’t actively using the phone, I felt the need to have it in my hands, just because of how sleek and slim it is. This may sound a bit odd, but as someone who tends to fidget, there really aren’t too many phones that do this for me (the Z Fold 2 being another one). 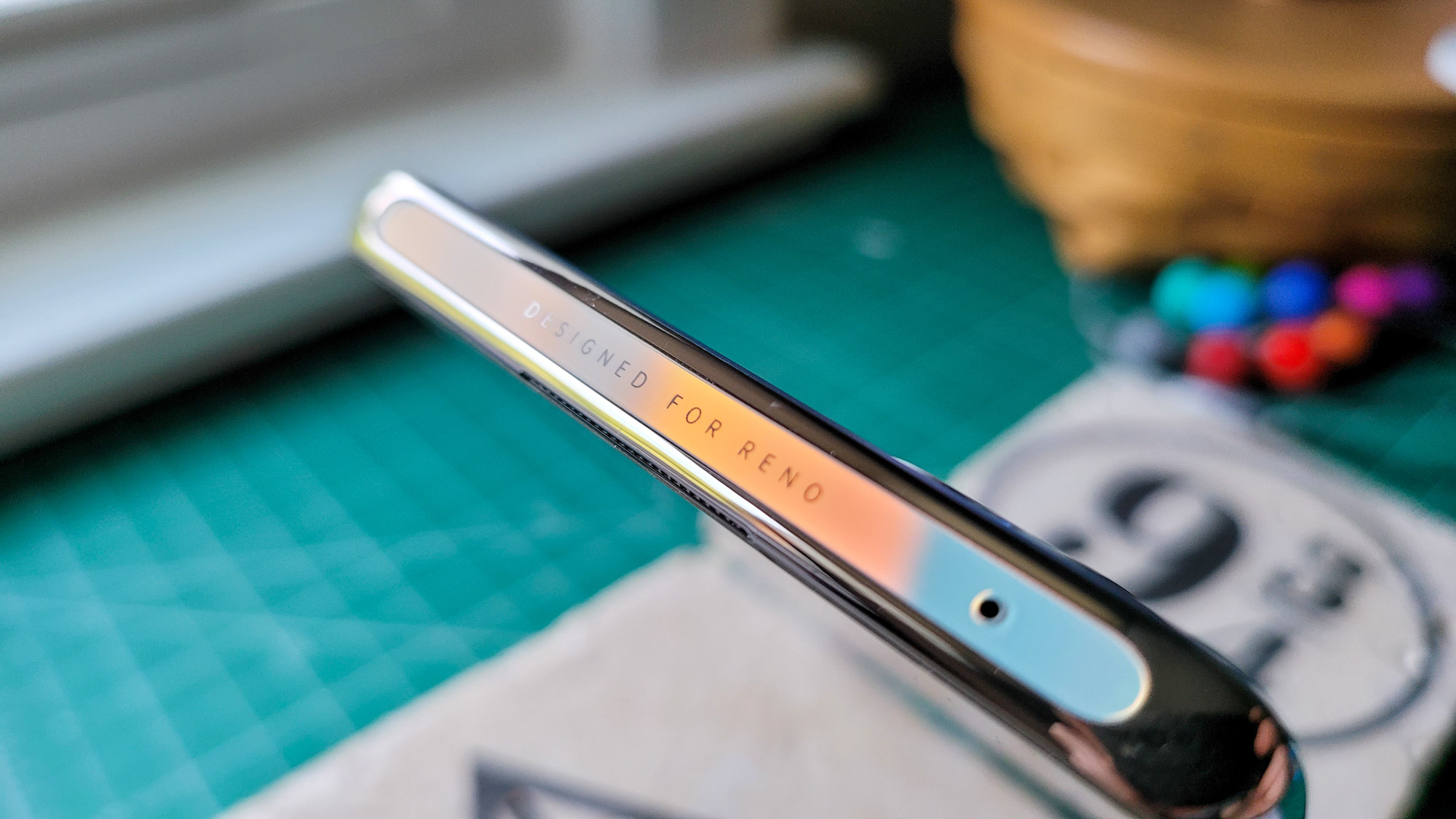 Around the edges of the phone, you won’t really find anything special or out of the ordinary here. That is, except for the “Designed for Reno” branding across the top. Other than that, you’ll find the volume rocker on the left, with the power button on the right, and the charging port with a speaker grille and SIM card slot on the bottom.

Moving to the display, this thing is gorgeous. No, we don’t have Samsung’s 120Hz display panel, but this 1080p display still looks absolutely great. Oppo recognized that faster refresh rates are still the way to go, and that’s where you’ll find the option to switch between either 60Hz or 90Hz. Plus, Oppo claims that the display can go as bright as 1,100 nits, making it easy to see what you’re doing, even in direct sunlight. And during our time testing out the Reno 5 Pro, we didn’t run into a single issue. 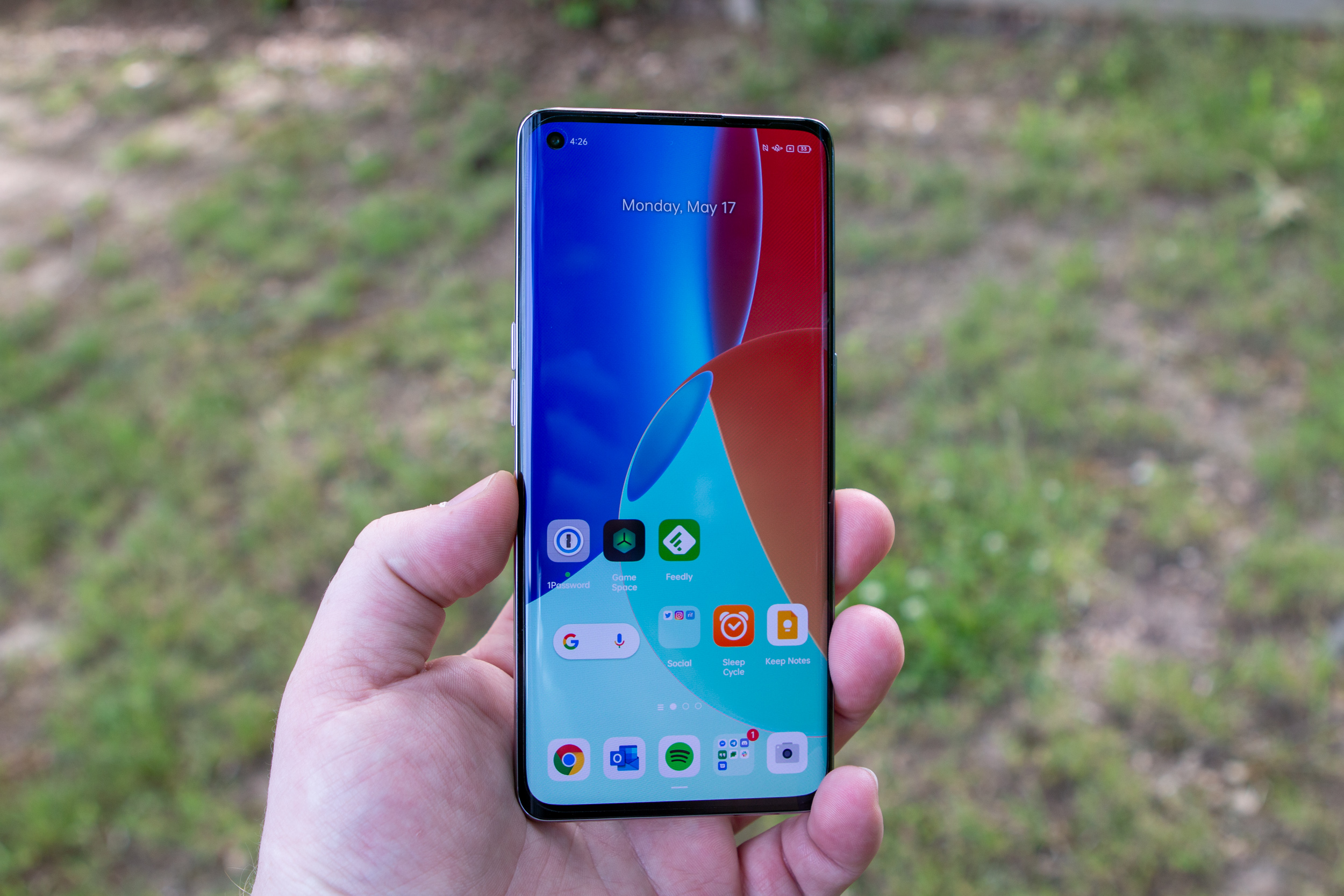 Instead of opting for your traditional Qualcomm chipset, Oppo went the MediaTek route with the Dimensity 1000+. This is the company’s latest “flagship” processor, but there were some concerns as to whether it would be able to handle the rigors of today’s mobile games and anything else that we threw at it.

Thankfully, the Reno Pro 5 didn’t break a sweat once while it was being tested. Switching between games, playing games like Dead Cells for a few hours, and then going right into some Call of Duty: Mobile, and the Reno 5 Pro held up like a champ. The phone performed just as well as the OnePlus 9 that I have sitting here, which just goes to show that MediaTek is closing the gap with Qualcomm rapidly.

Battery life is also a dream, as I consistently saw more than 5 hours of screen-on time, even when playing Dead Cells for longer than I should have been. But thanks to the power of SuperVOOC charging, even those days where I needed a little bit more juice to make it through the day, Oppo’s fast charging was there to save the day.

The included charger offers up to 65W charging speeds, and Oppo’s claims of charging from 0-100% in less than 45 minutes were met with ease. Most of the time, I was able to make it through the day without needing to reach for the charger, and that’s always a blessing that shouldn’t be overlooked.

Nick already touched on this in his camera test for the Reno 5 Pro, but in everyday use, the device managed to provide crisp and clean images with its quad-camera array. Well, at least when using either the 64MP primary camera or the 8MP ultrawide sensor. The inclusion of the macro and depth cameras feels like another case of adding cameras for the sake of the spec sheet, but it’s fine when you have a solid primary and secondary lens. 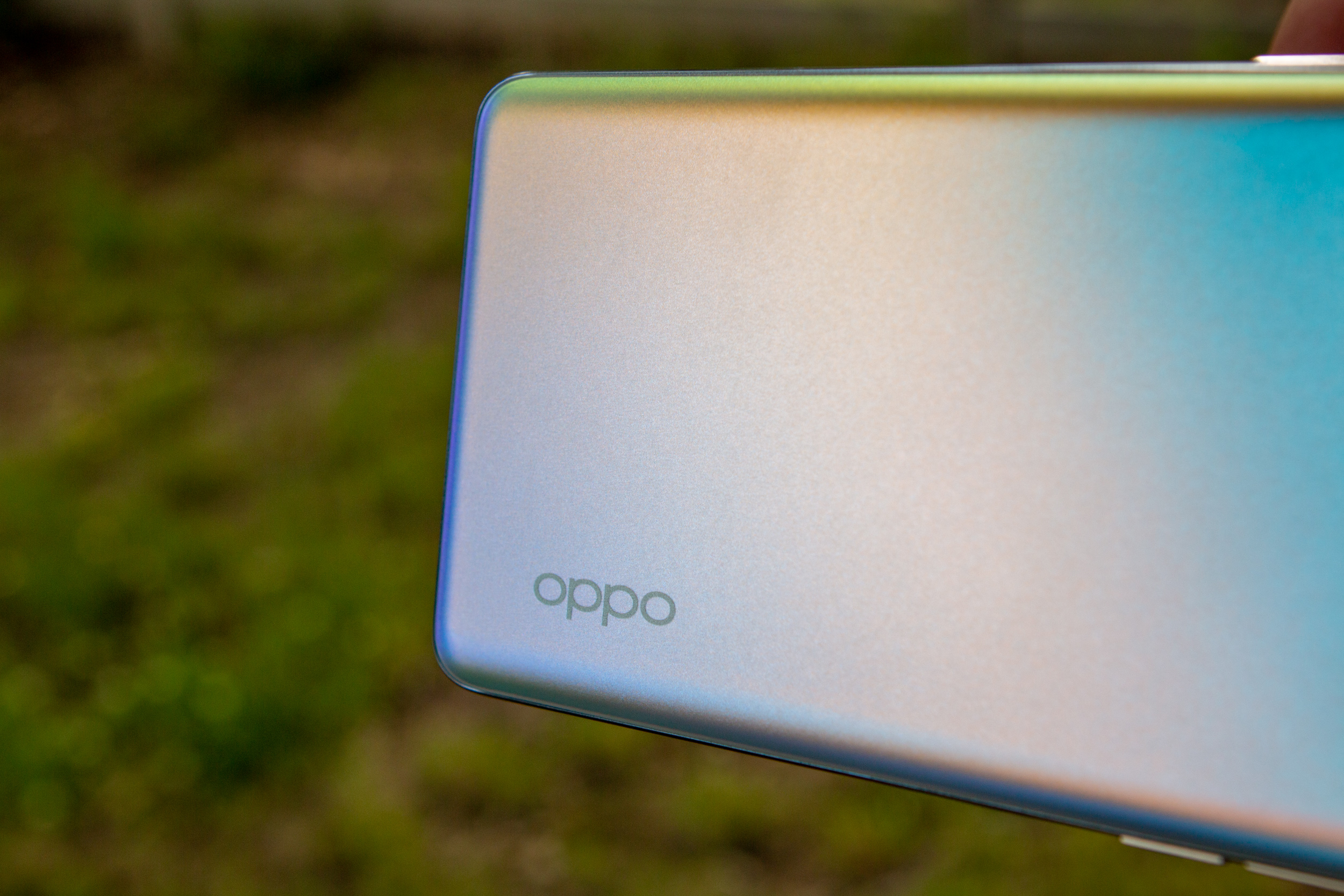 In my time with the Oppo Reno 5 Pro, there weren’t too many things that “blew me away”, and I think that’s the point of this phone. It features 5G support if it’s available through your network, and offers just a solid overall experience. But what this made me realize is that I want to use this phone on a daily basis, but sadly, can’t due to constraints with my current carrier.

The US needs more phone competition, as Samsung, OnePlus, and Apple continue to dominate the market share and the headlines. If we could get something like the Reno 5 Pro into carriers here in the States, it would definitely turn some heads.

The Oppo Reno 5 Pro is a phone that I want to use on a daily basis, but carrier issues here in the States prevent that from happening. For everyone else, it’s a fantastic device that looks stunning and can handle anything that you throw at it.