There are so many great phones available nowadays, that you really don’t need to upgrade every time a new one comes out. This is a sentiment to be reminded of when checking out the OnePlus 9, especially if you’re coming from something like the OnePlus 8T.

I’ve spent the last couple of weeks with the OnePlus 9, letting it operate as my daily carry so it can be put through the paces. The results may not shock you, but this is a good phone. It’s not great, and the days of “Never Settle” are in the rear-view mirror, but is that a bad thing?

Using the OnePlus 9 every day 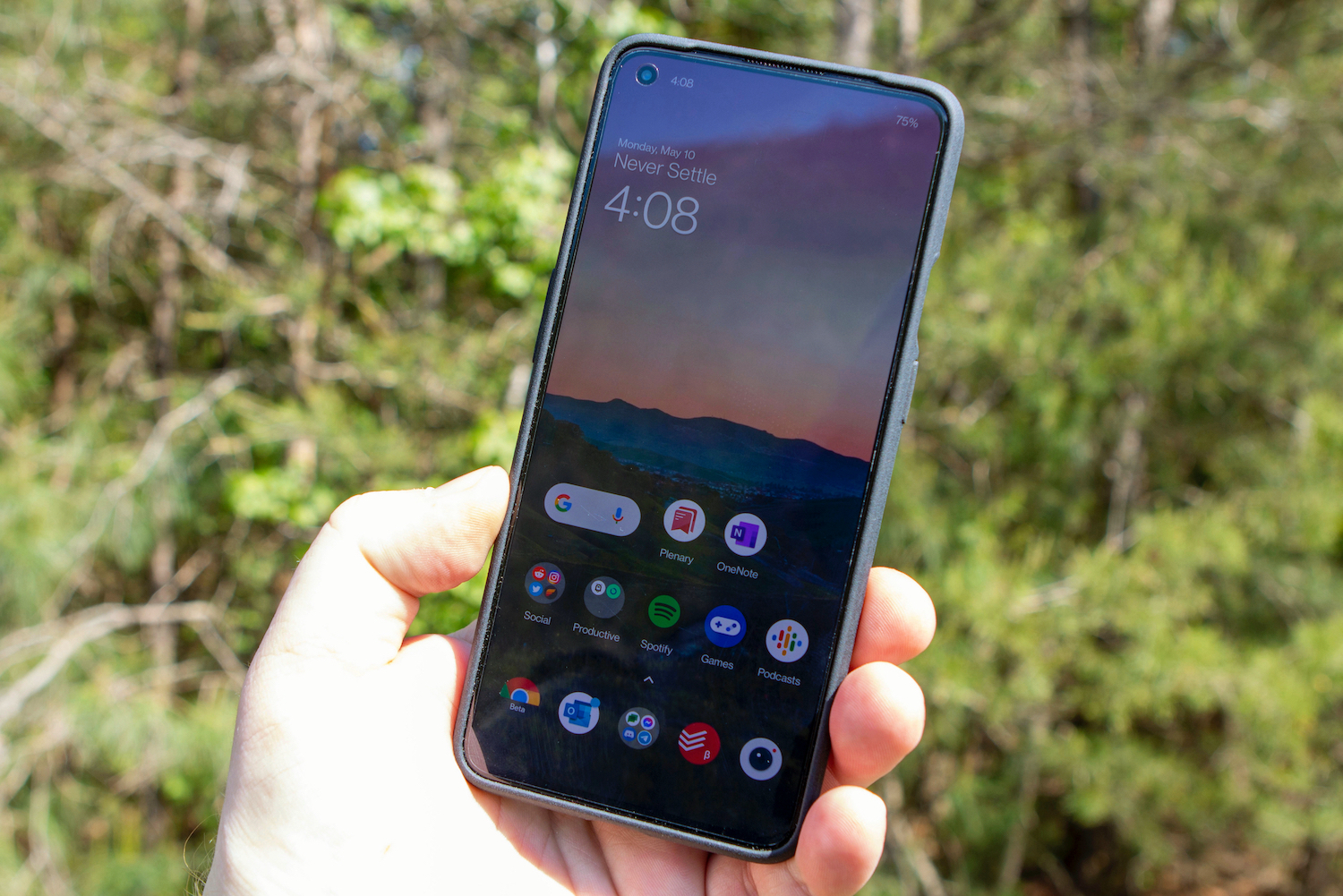 Although I didn’t use the OnePlus 8T for the same amount of time as the OnePlus 9, I did have some time with it. And for the sake of transparency, I have not had the chance to get my hands on the OnePlus 9 Pro, which is probably for the better. So what makes the OnePlus 9 unique? Well, the truth is there are only one or two things that do.

OxygenOS is the same, save for a few changes thanks to the update for Android 11. But there’s nothing here that you won’t be able to get on a OnePlus 8T or OnePlus 8 Pro. All of the same customization features are there, which is just great as I didn’t even feel the need to install a custom launcher.

I’ll dive a bit deeper into battery life a little bit later, but it was satisfactory. Not great, but not as bad as my iPhone 12 Pro, and it was able to handle much of what I threw at it on a daily basis. 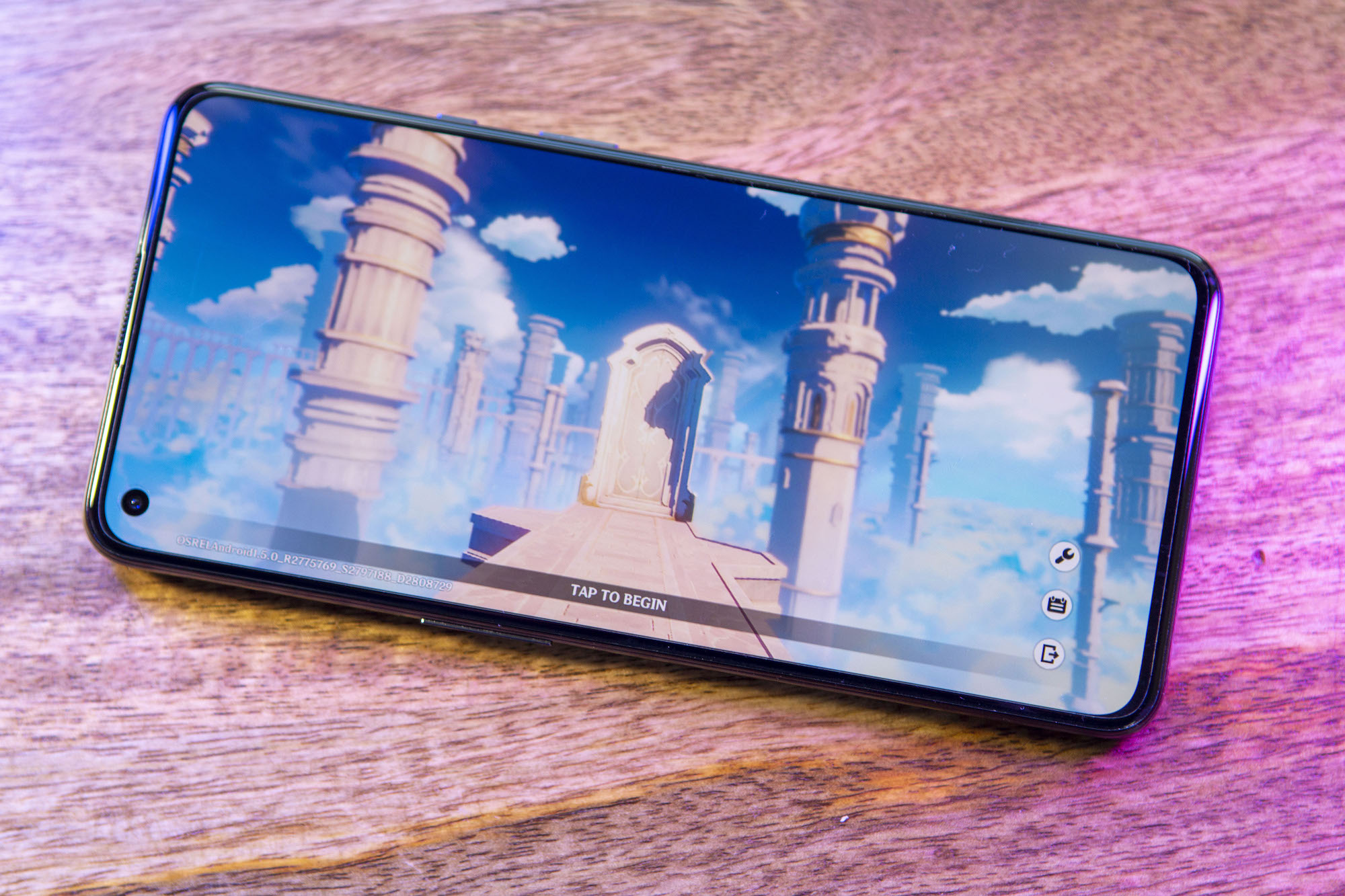 The Snapdragon 888 paired with 12GB of RAM and 256GB of storage is more than enough for just about everyone. After hearing Nick and Joshua Vergara (from PocketNow) speak about Genshin Impact and its ability to adjust the settings, I figured that I’d install it on the OnePlus 9 to see what all the fuss was about.

Going into this, I wasn’t sure what to expect, but the Snapdragon 888 is one powerful beast, and the OnePlus 9 handled things great. OnePlus’ Gaming Mode was instantly enabled as soon as I tapped on the icon, which happens whenever you open a game with OxygenOS. It’s fine, but it’s not as fully featured as something that you might find on a phone like the RedMagic 6, but it’s there nonetheless. 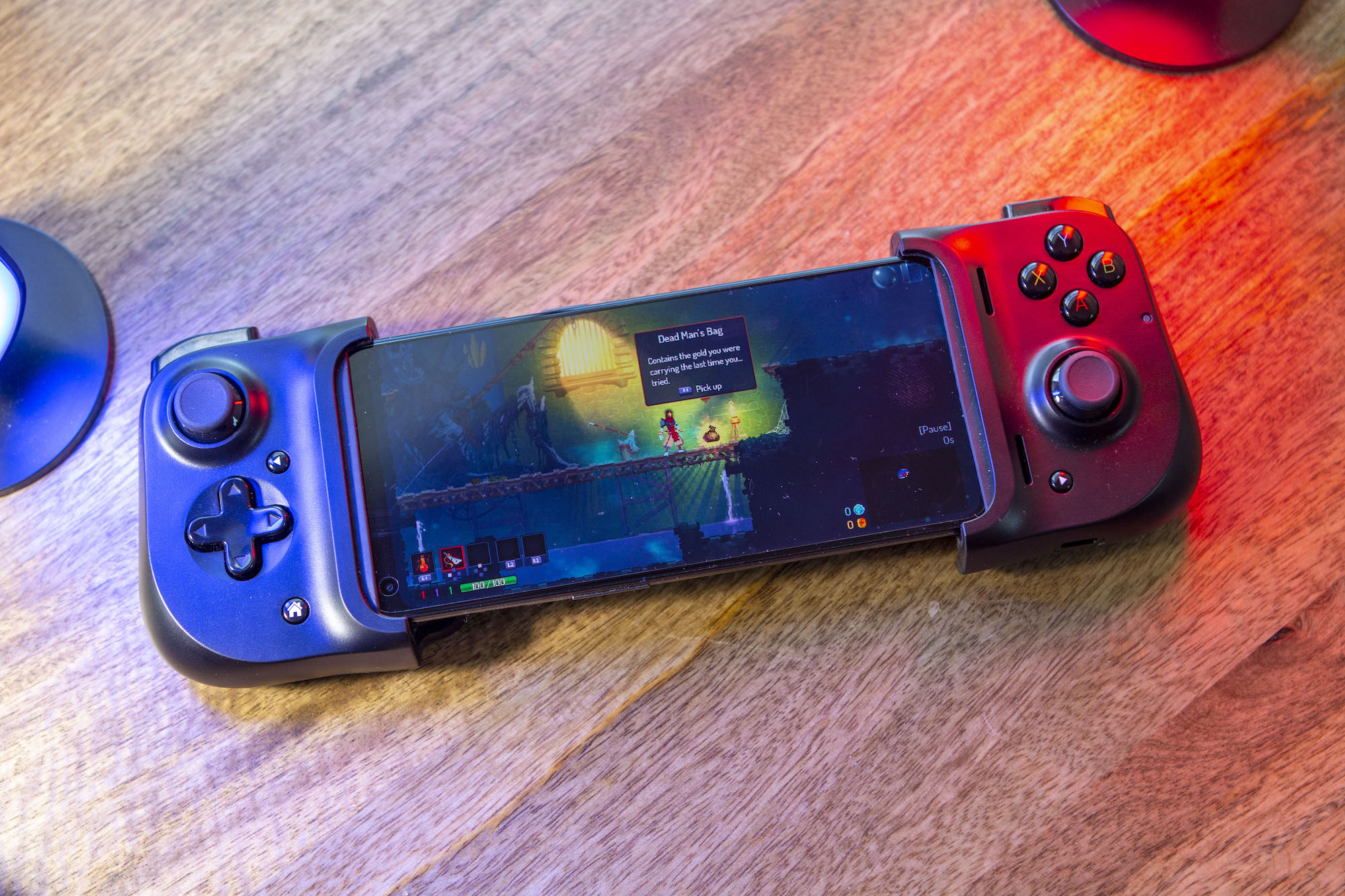 One area where I would like to see an improvement is in the refresh rate. Yes, you have the ability to manually switch between 90Hz and 120Hz and that’s awesome. And I know this is just a matter of time, but I want to see more devices with some variable refresh rates. The 9 Pro does this thanks to the LTPO display panel, and Samsung’s devices obviously have this as well. Maybe it’ll come to the OnePlus 9T, but it’s still something that I wish could have come to the OnePlus 9.

The design itself is a mixed bag for me. On one hand the actual *design* is a dream to use. OnePlus didn’t make this phone too big or too small, at least for my hands, so it’s practically perfect. But my biggest problem is that I missed out on a chance to get one with a matte finish. We’re seeing other OEMs go down this route, including the likes of Oppo, Apple, and Samsung. Hell, even OnePlus has *some* matte color options, but instead, I’ve been using the glossy, fingerprint magnet, black color. Rest assured, after this review goes live, I’ll be slapping on a dbrand skin so I don’t have to always use a case.

Checking out the camera

If it’s not obvious by now, I’m not a camera snob, nor do I know enough about cameras to dissect side-by-side pictures with cameras that have only slight differences. What I can tell you about is how reliable the OnePlus 9 has been for me while I’ve been using it.

The camera app itself is relatively quick to load, with some hangups here or there. It may not come as a shock, but the camera did take an extra few milliseconds to load if I switched from doing something RAM intensive (like playing a game), or if the phone was warmer than normal.

Another OnePlus phone release means that another phone gets the job done. It’s not going to blow your mind, and no, you can’t super-hyper-ultra-zoom to get a clear picture of the moon with your phone mounted on a tripod without any wind blowing. But, the triple camera array is good enough, with the ultrawide providing most of the heavy lifting. Considering that the main sensor is the same as the OnePlus 8 Pro, there’s really not too much more to write home about on that front. But check out my camera samples below and drop a comment to let us know what you think. 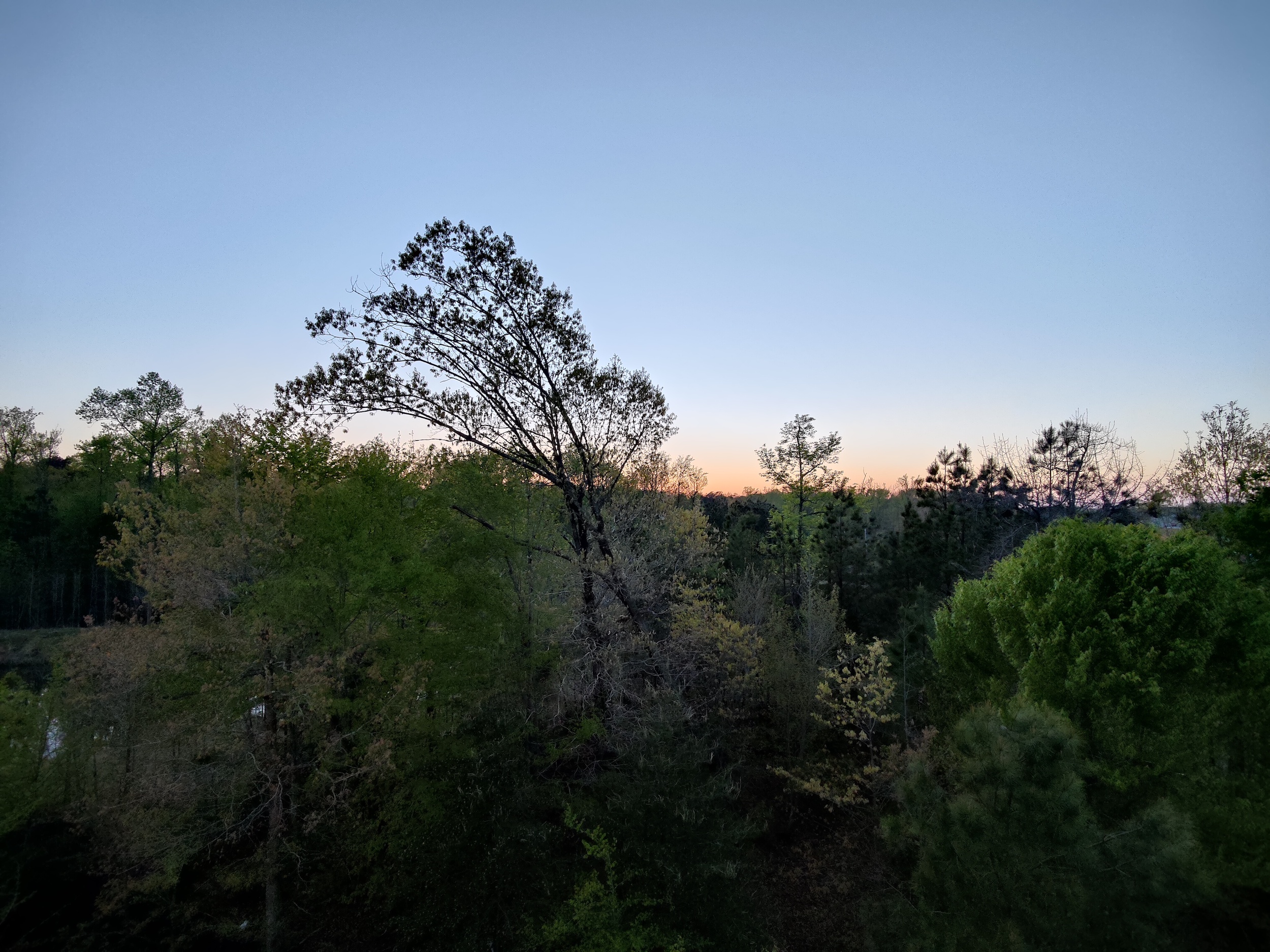 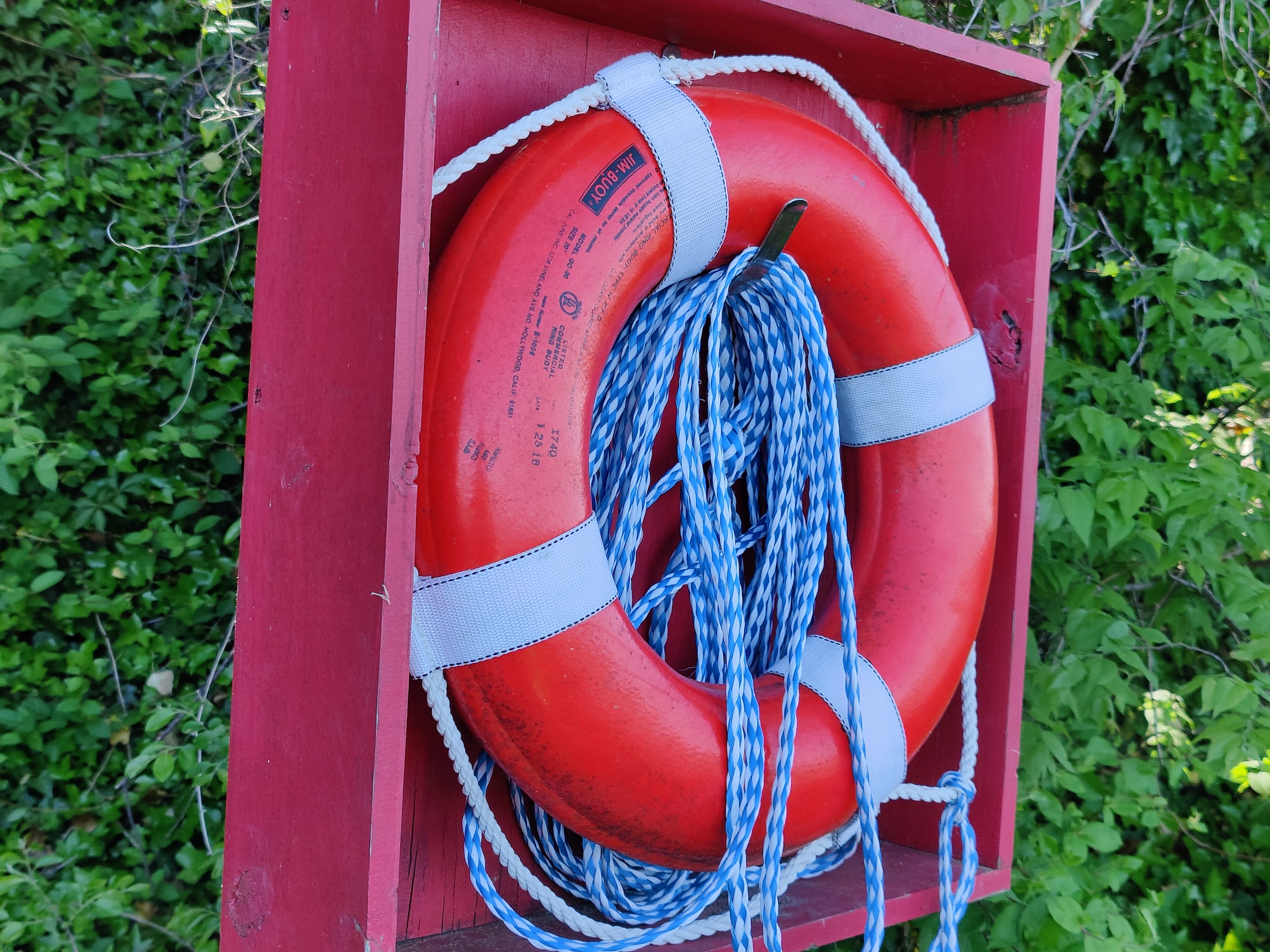 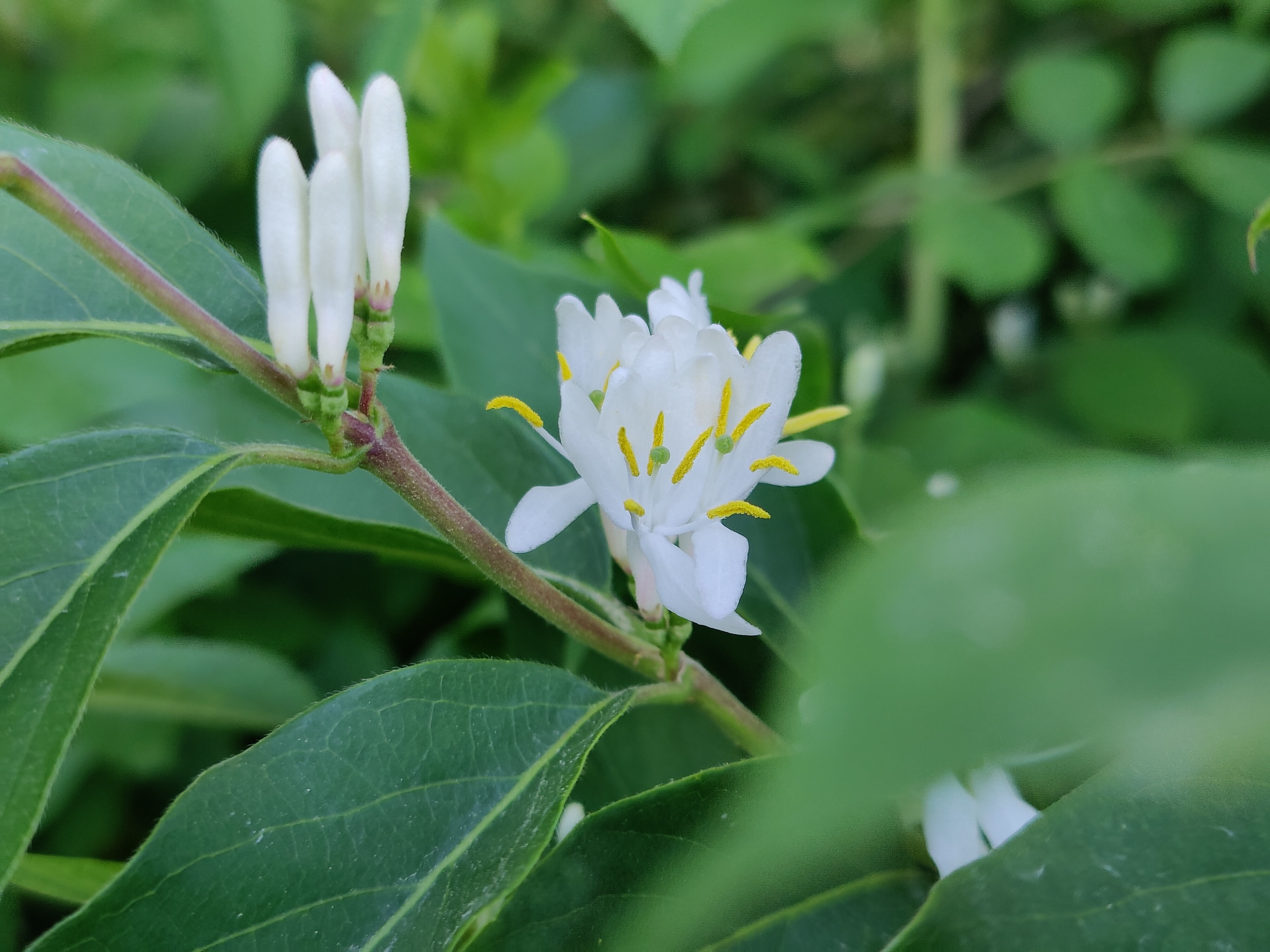 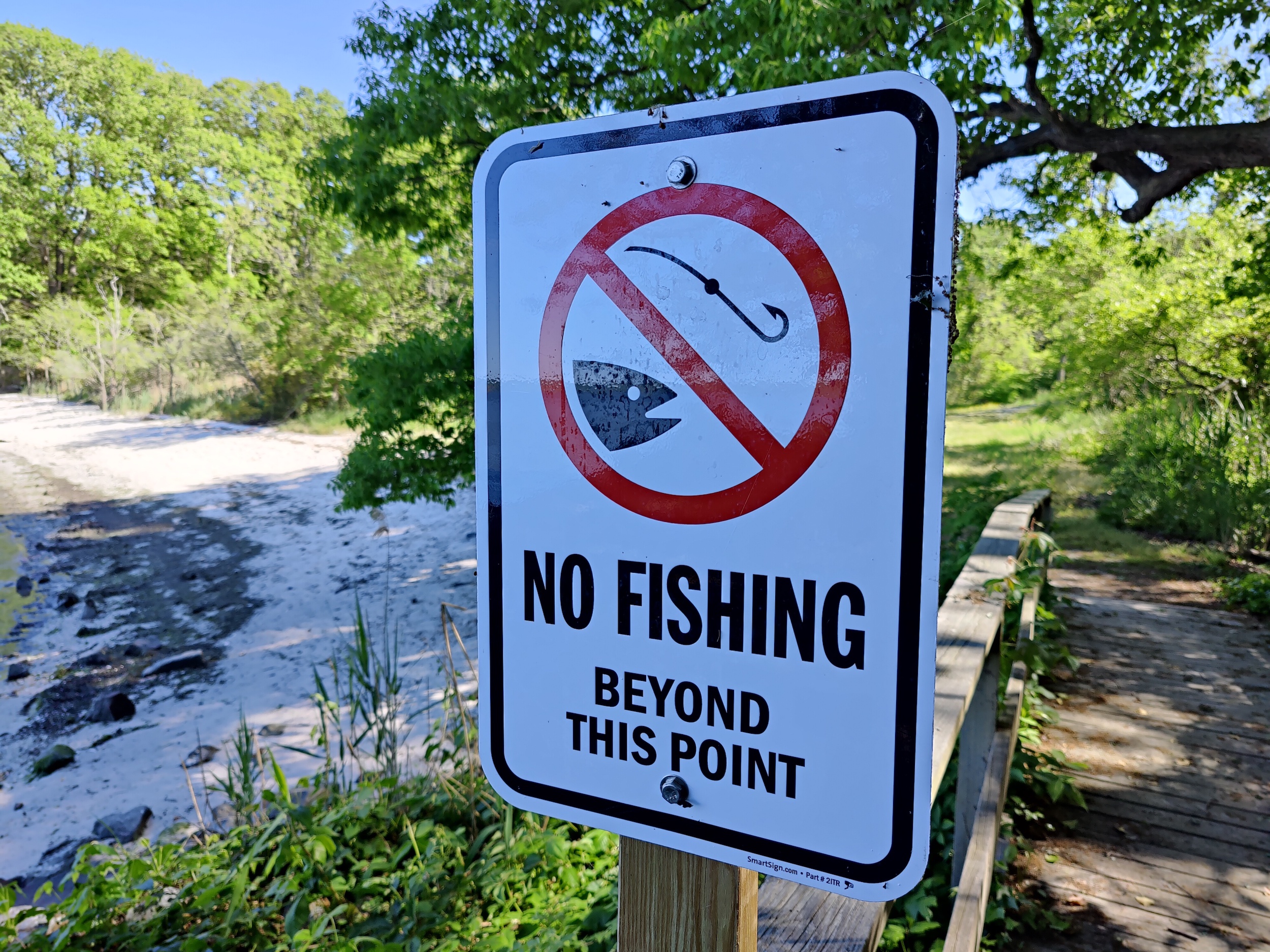 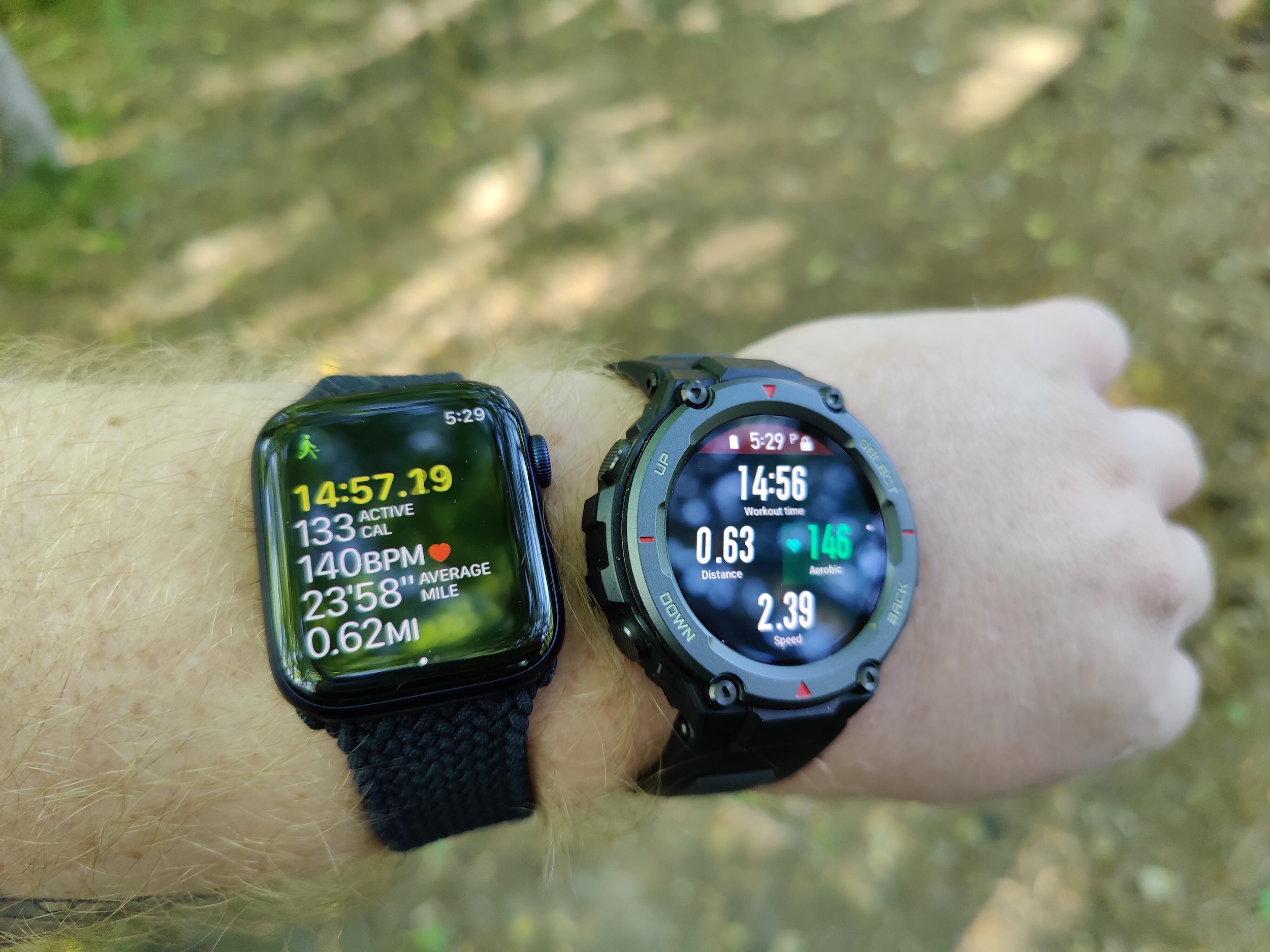 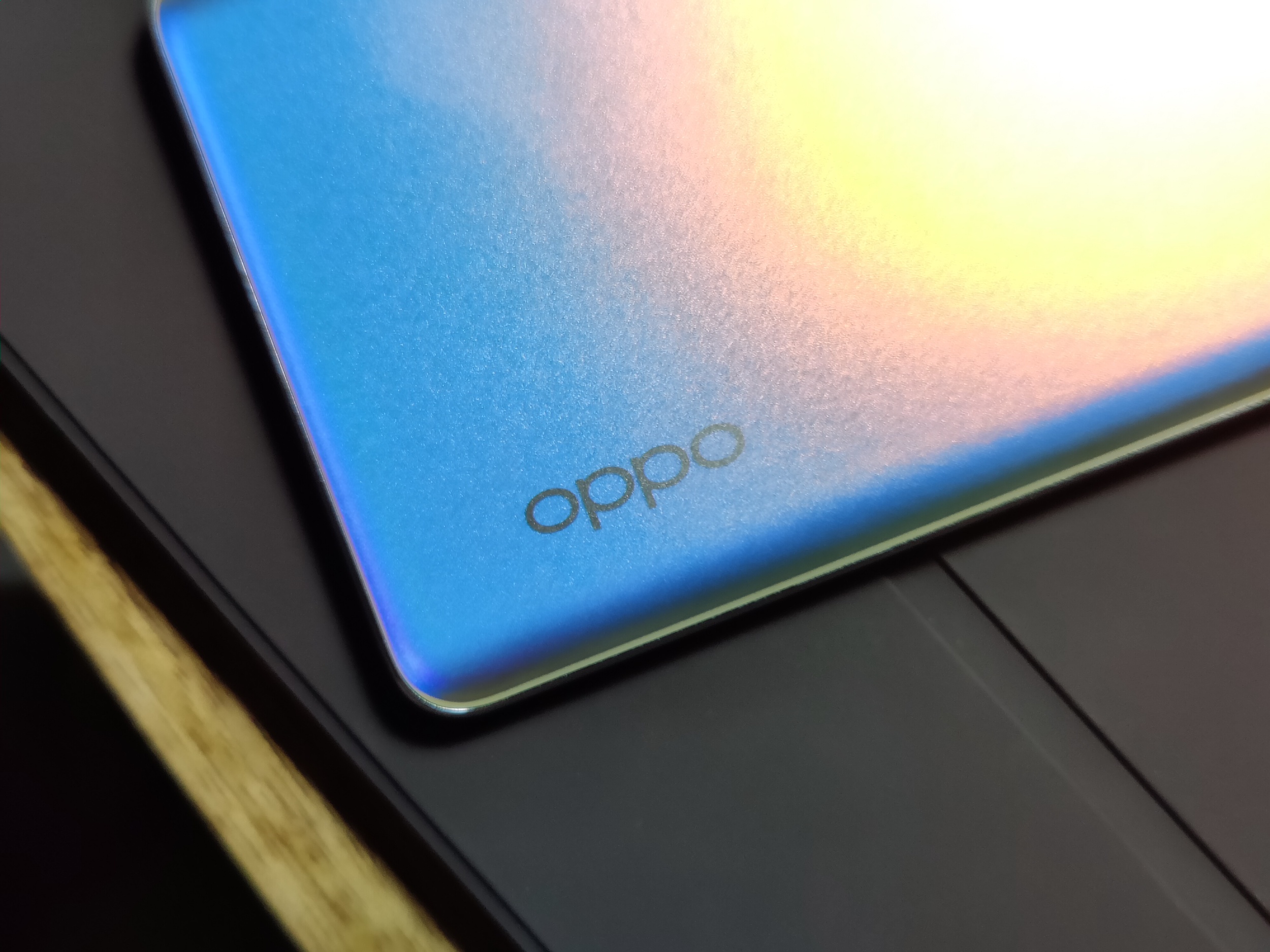 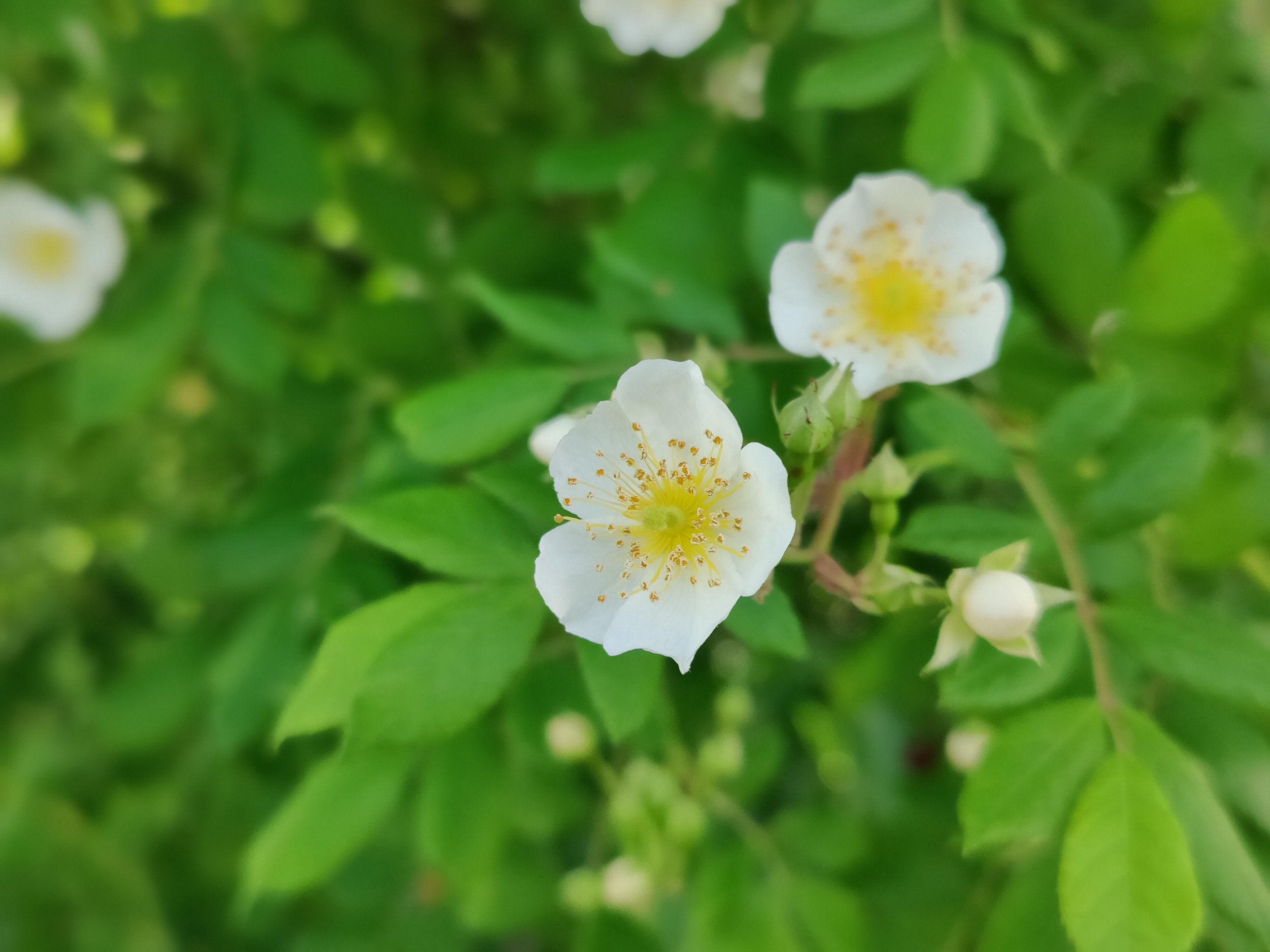 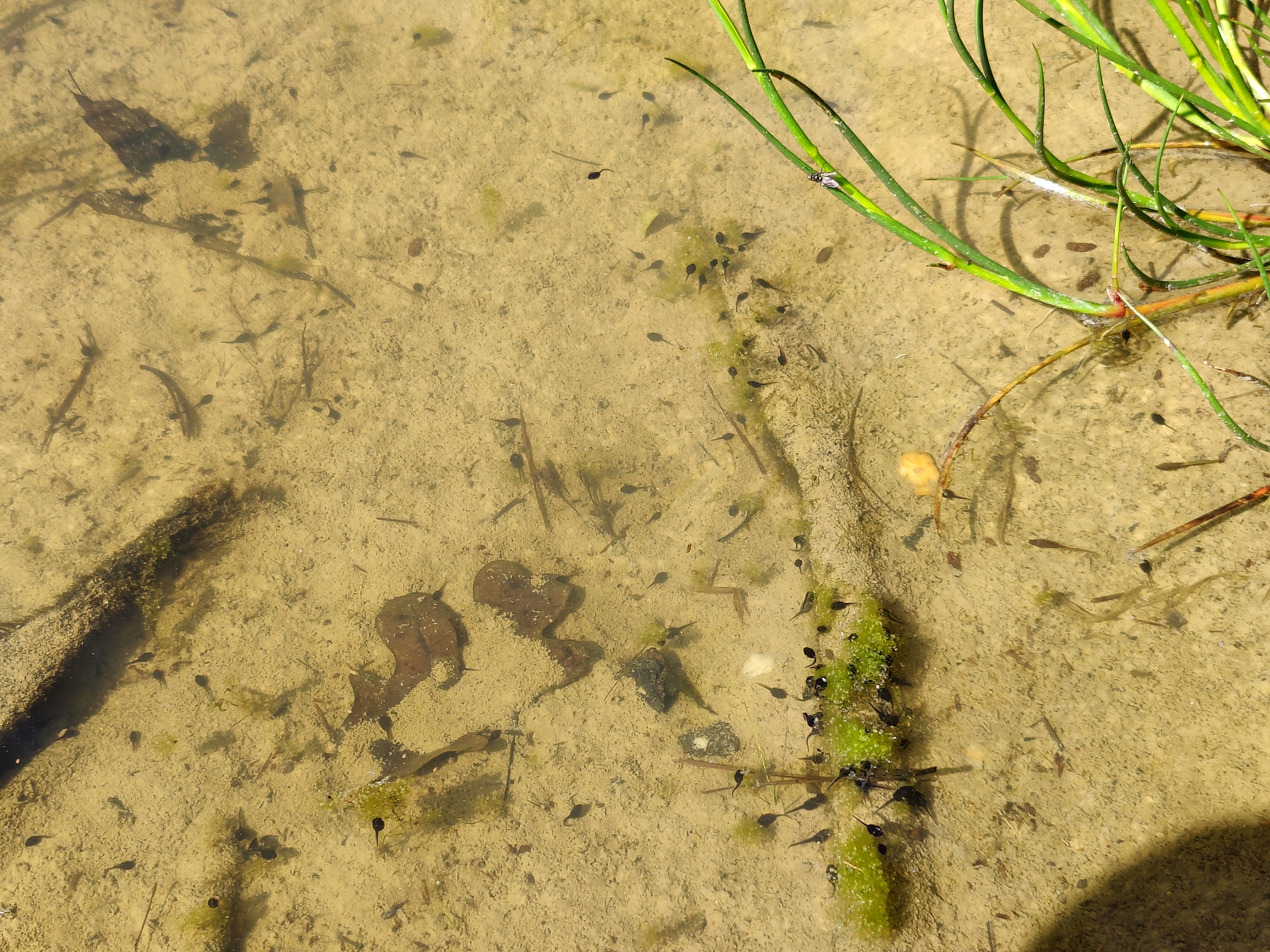 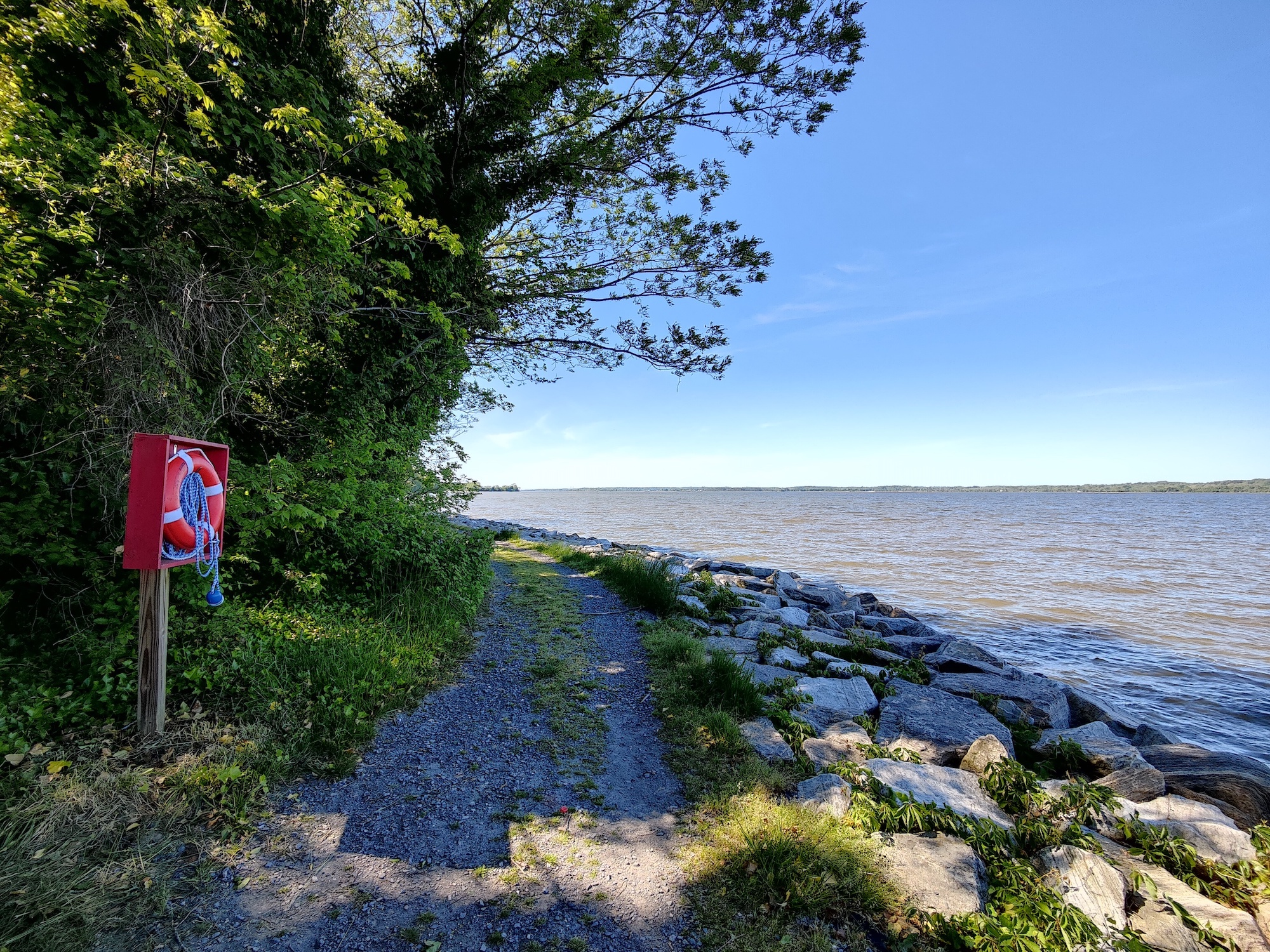 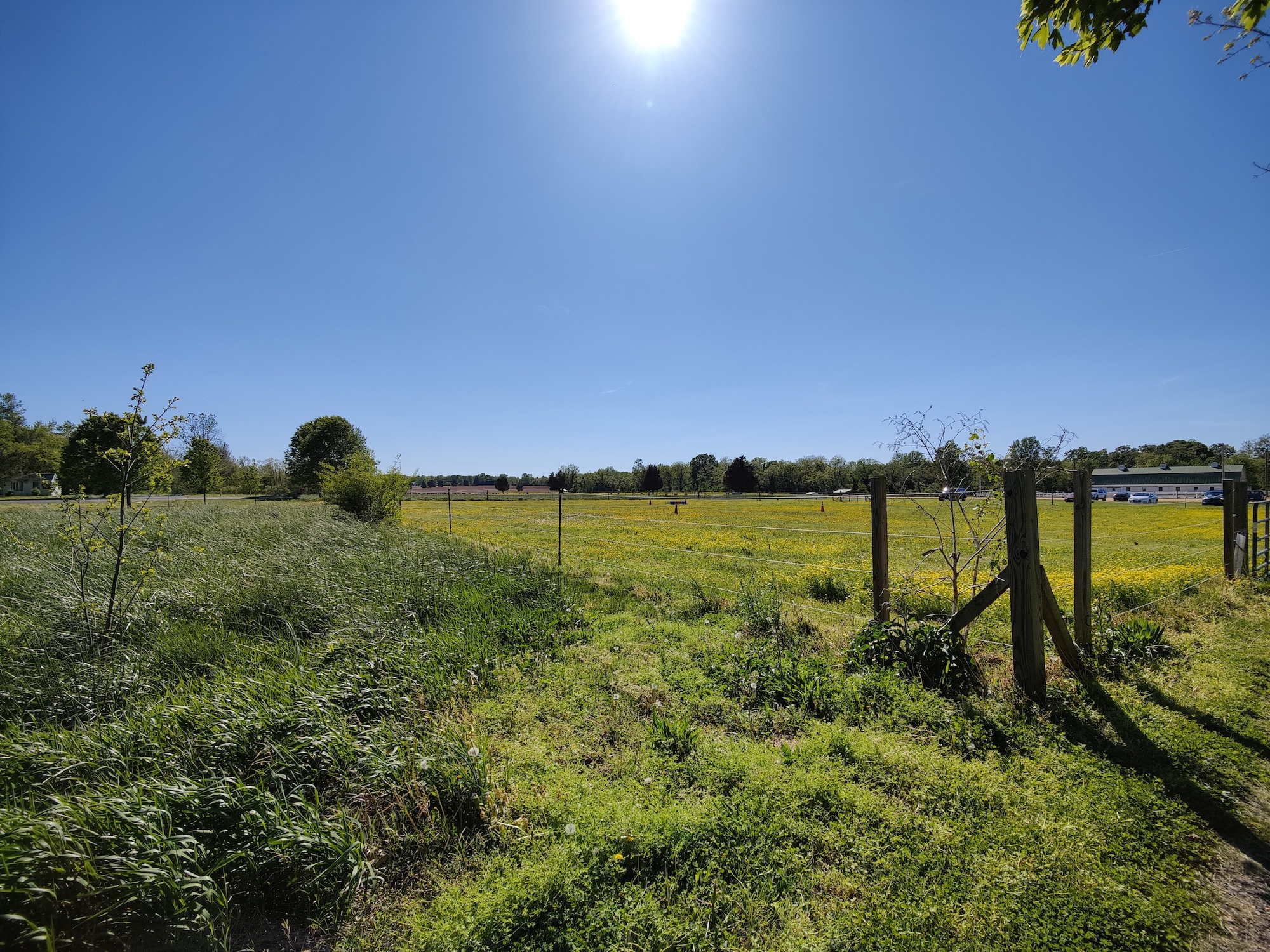 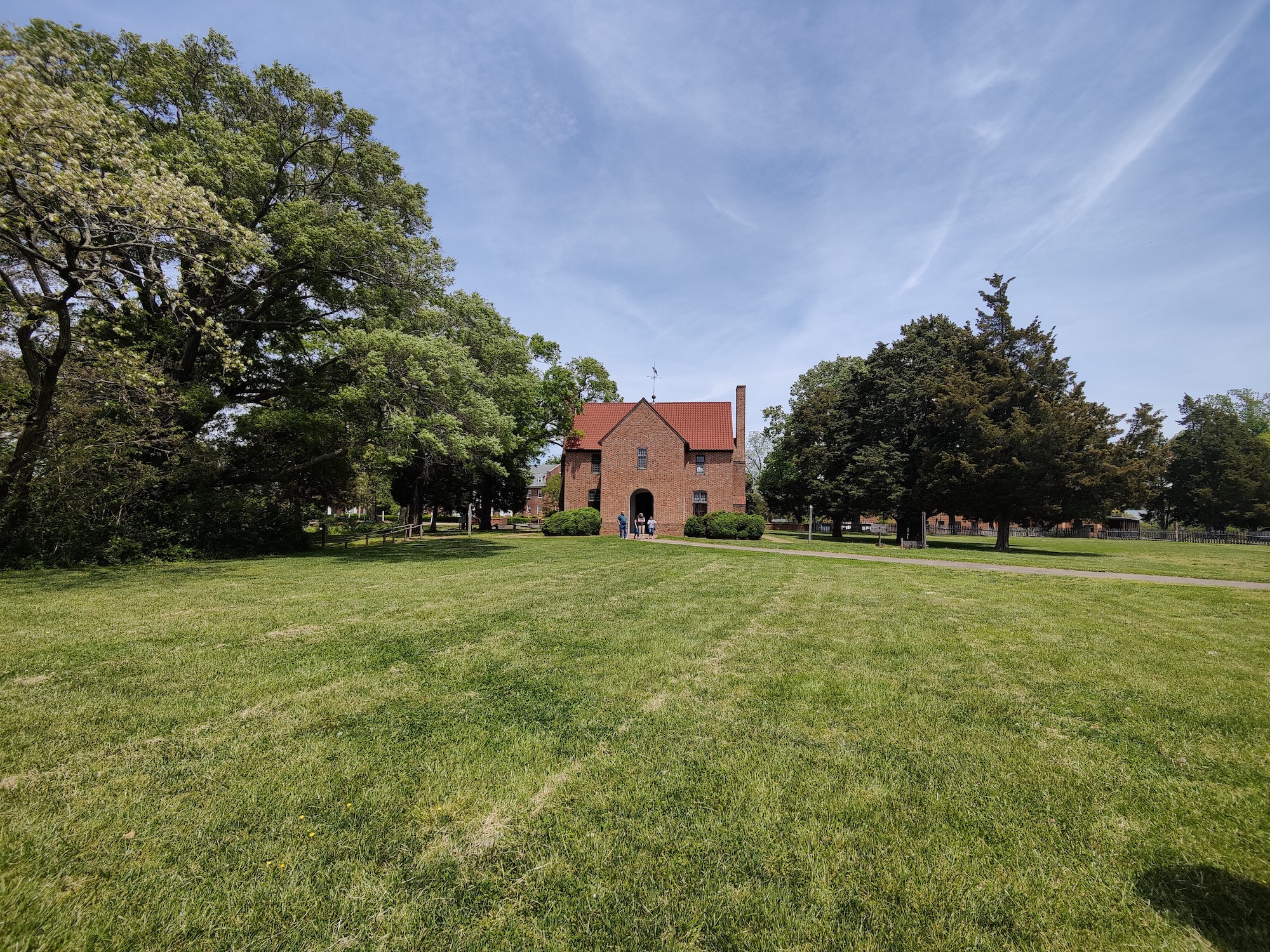 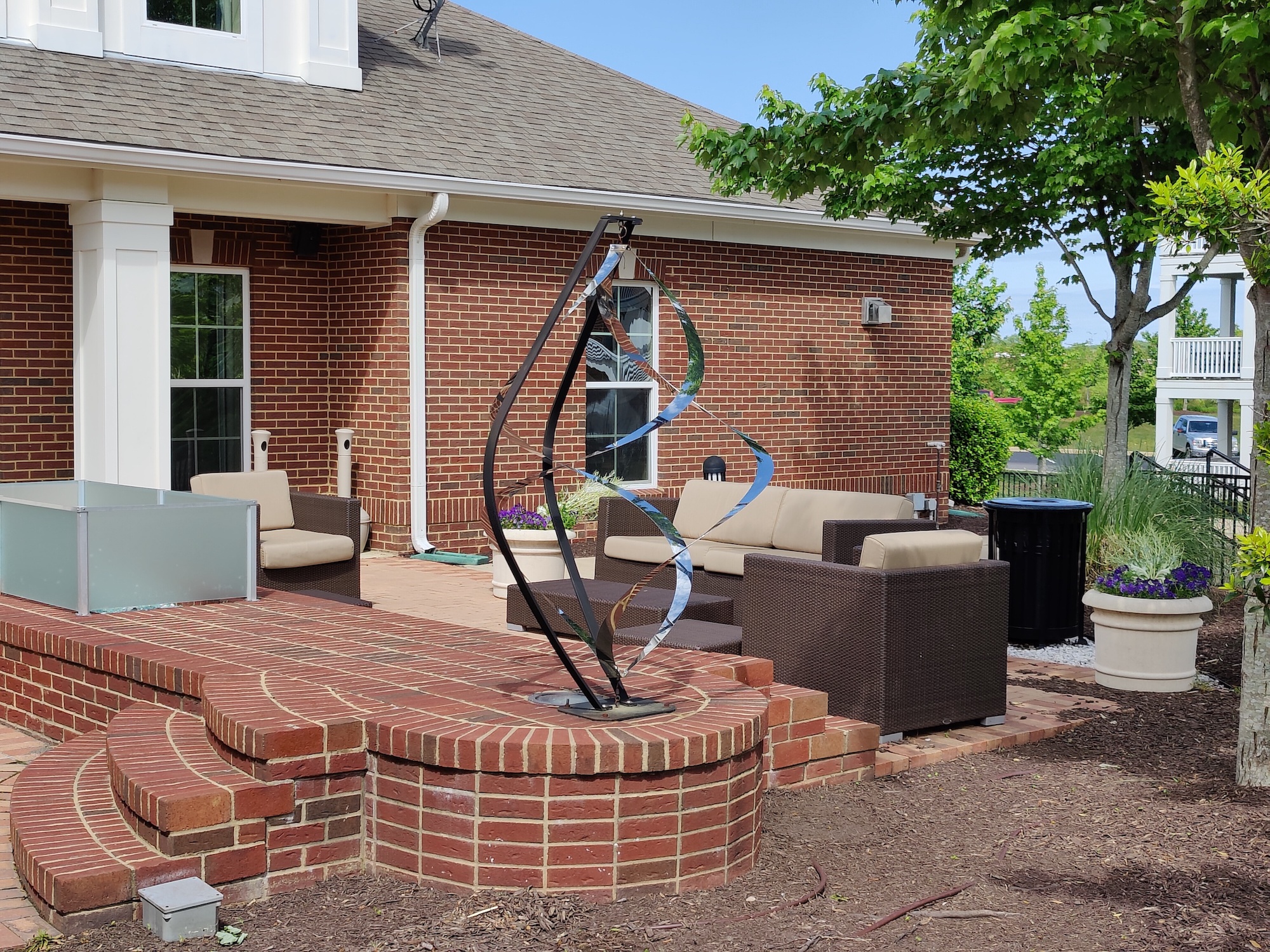 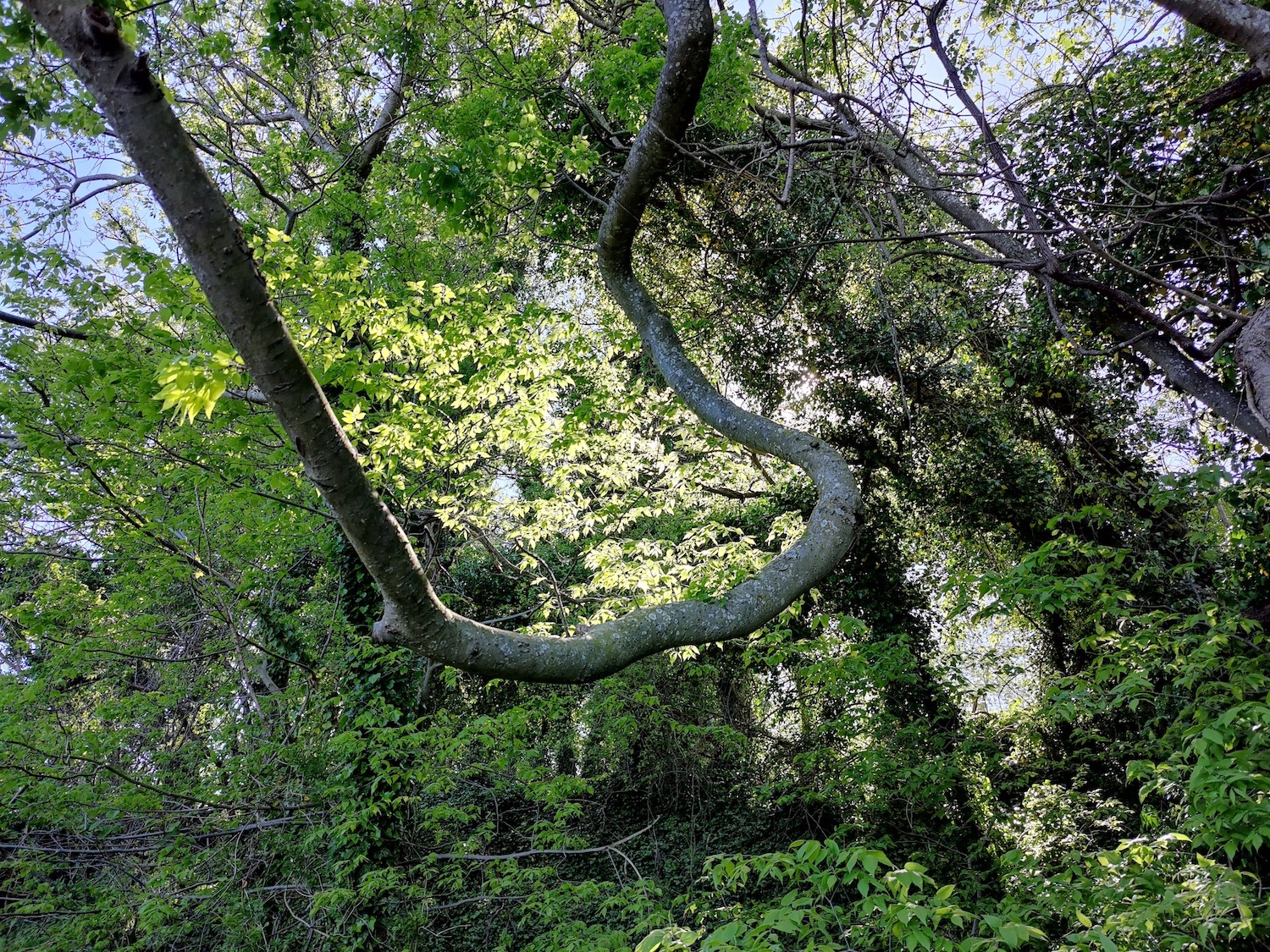 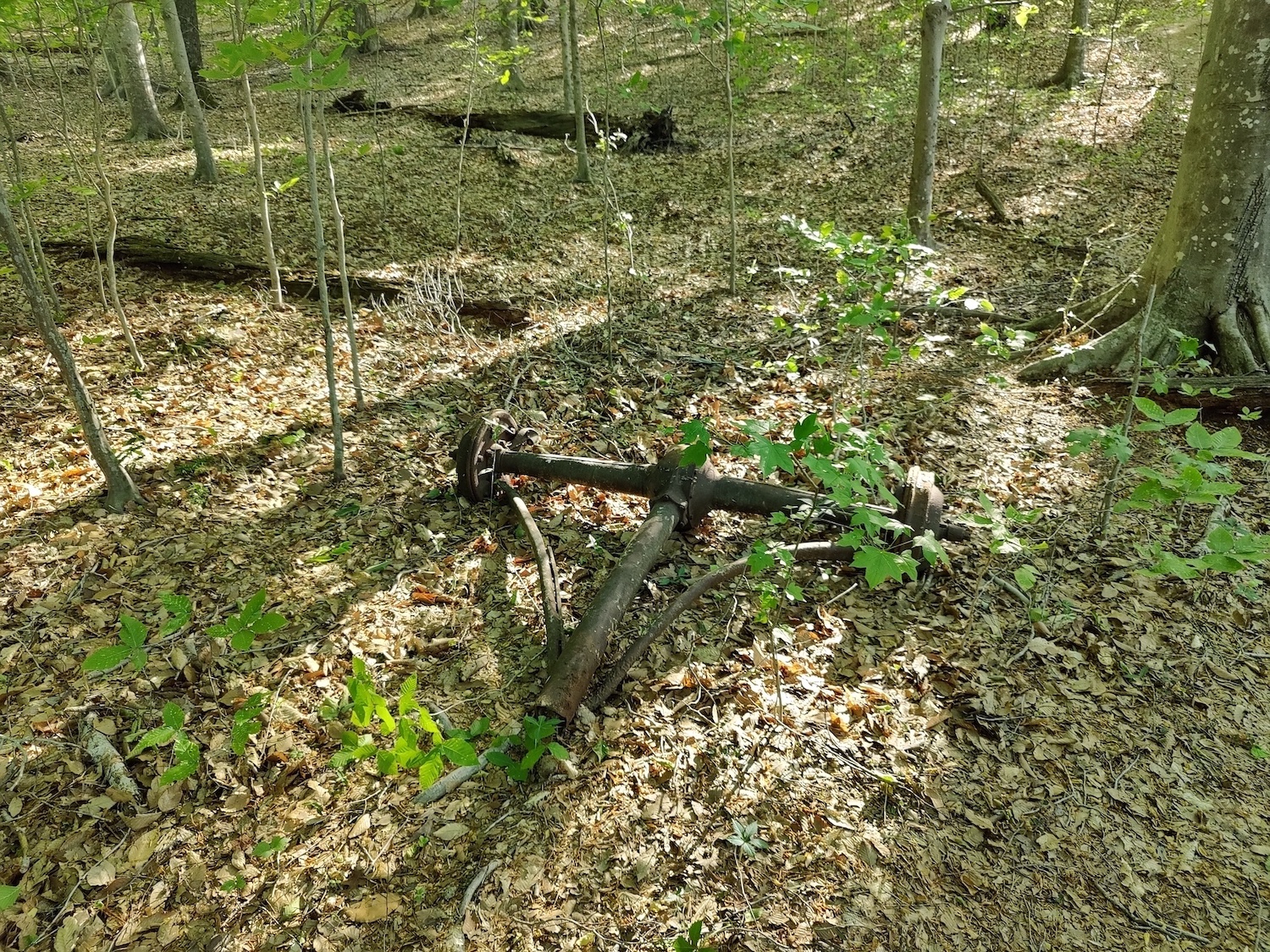 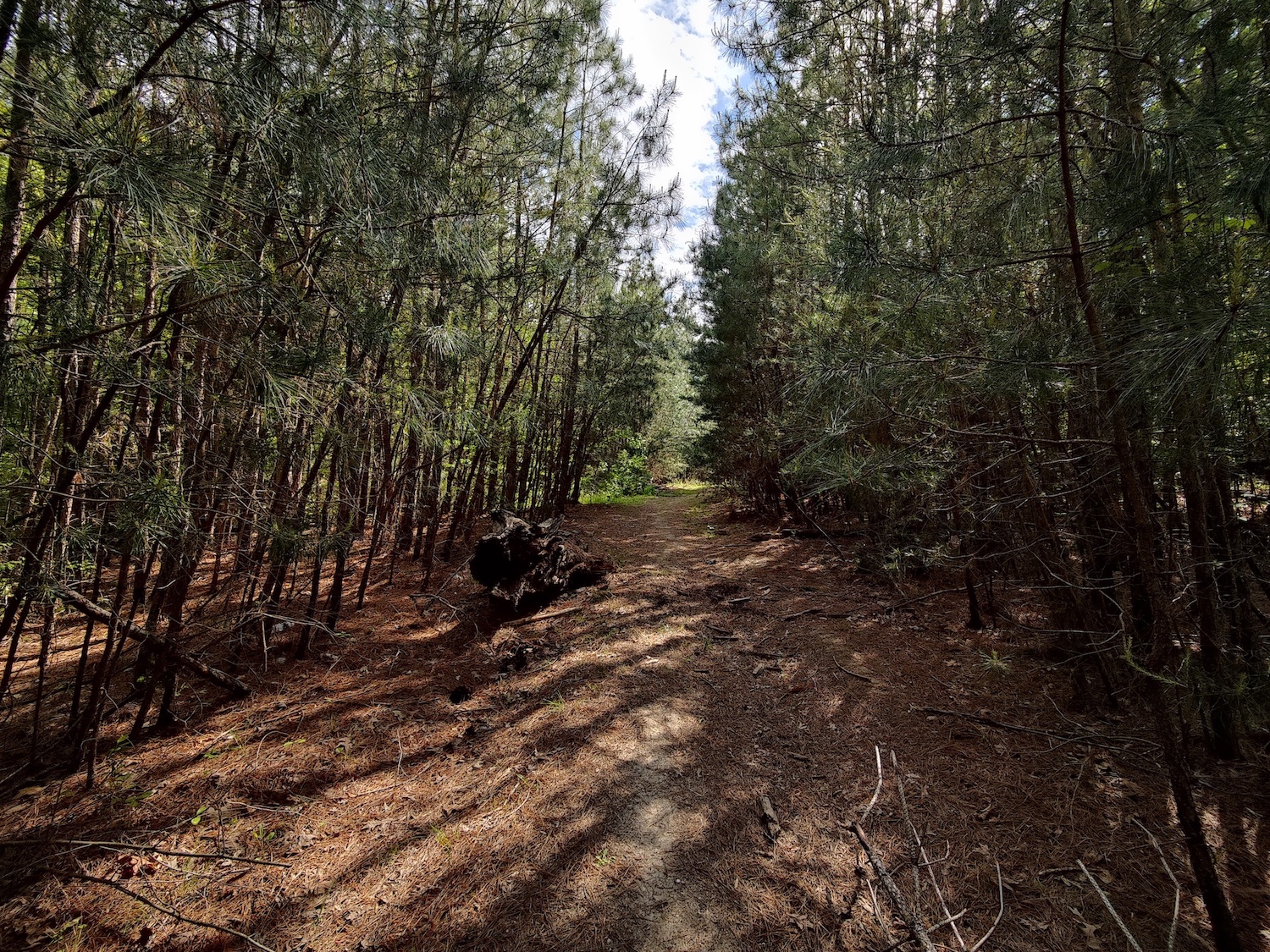 Warp Charge all the things 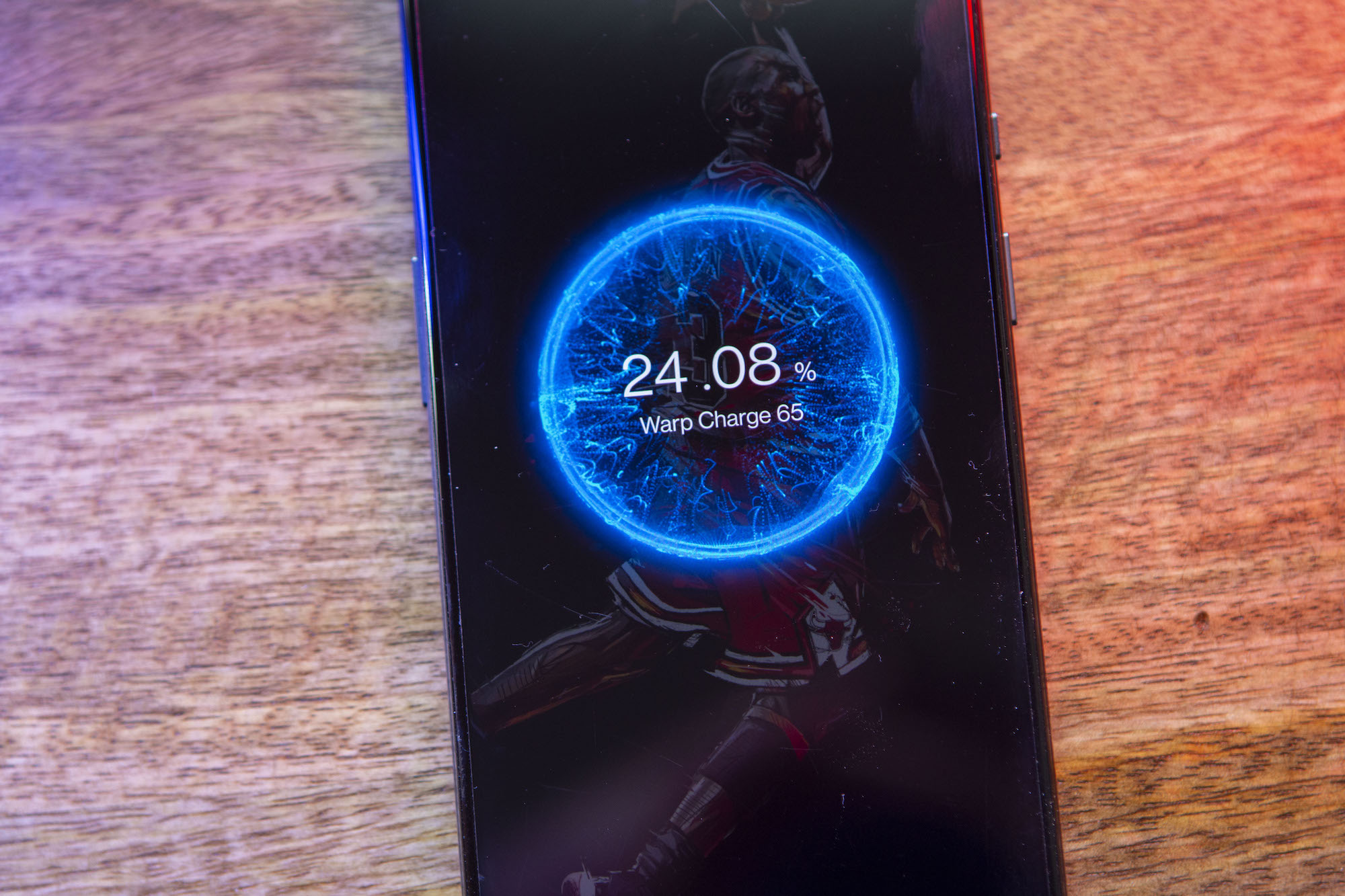 Normally, I would beat the mediocre battery life into the ground with an oversized portable charger. So why am I not doing it this time around? Thank Warp Charge for that. Or rather, thank Oppo’s VOOC charging for that.

With Warp Charge 65T on the OnePlus 9 series, you’ll be able to go from 0-100% in less than 30 minutes. It’s absolutely insane and is a wonderful trade-off for not having two-day-long battery life. I mean, you can plug in your phone, jump in the shower, come back, and have a 50% charge. It just continues to blow my mind every time that I plug in the OnePlus 9 to the included charger. 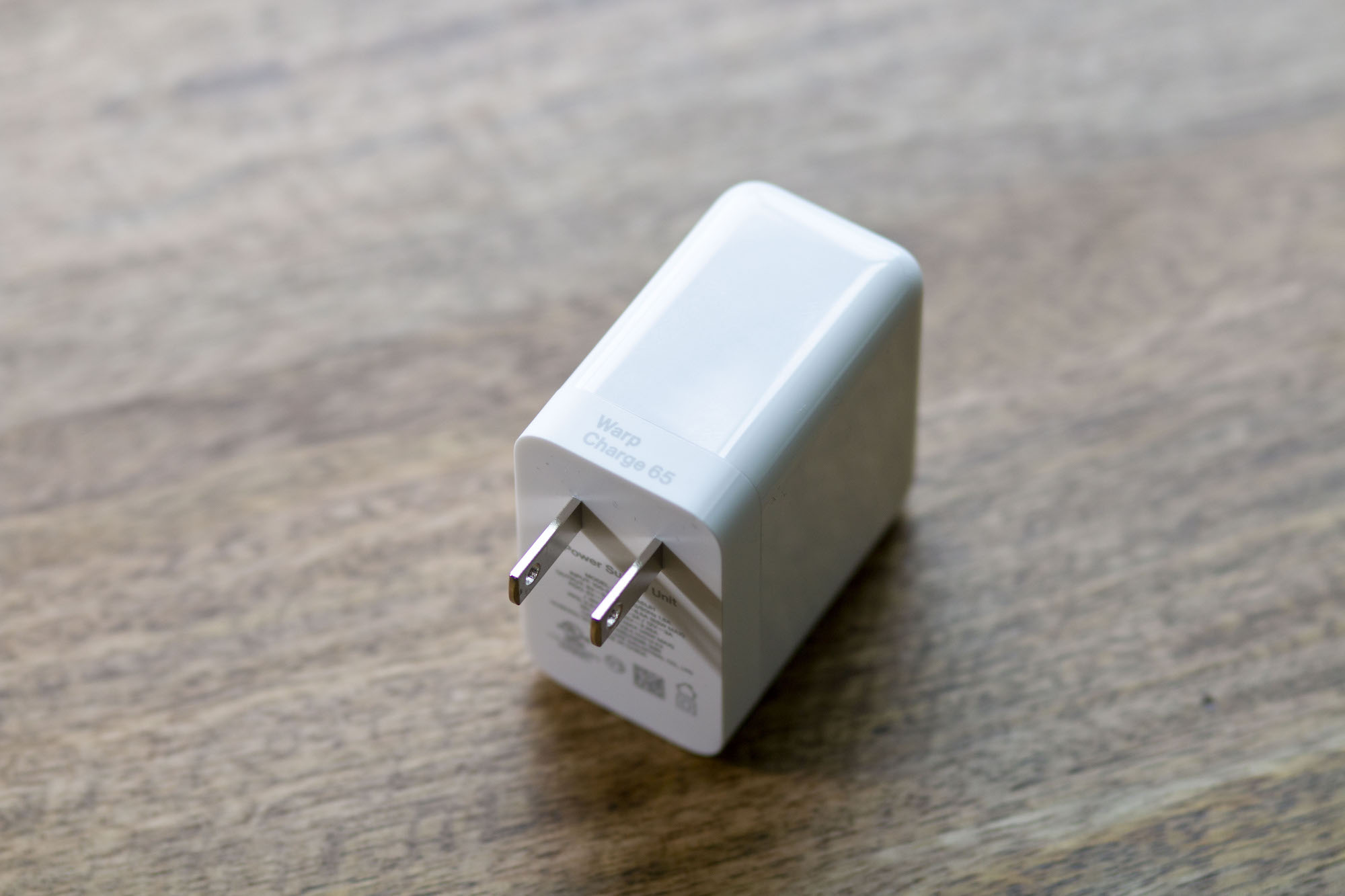 The other advantage that the Oneplus 9 has over some of its flagship competitors is that the charger is included in the box. You don’t *need* to purchase one after the fact or deal with a company’s support staff to get one for free after purchasing the phone. I do wish the included cable was a bit longer but that’s not a huge issue.

Should you buy the OnePlus 9? 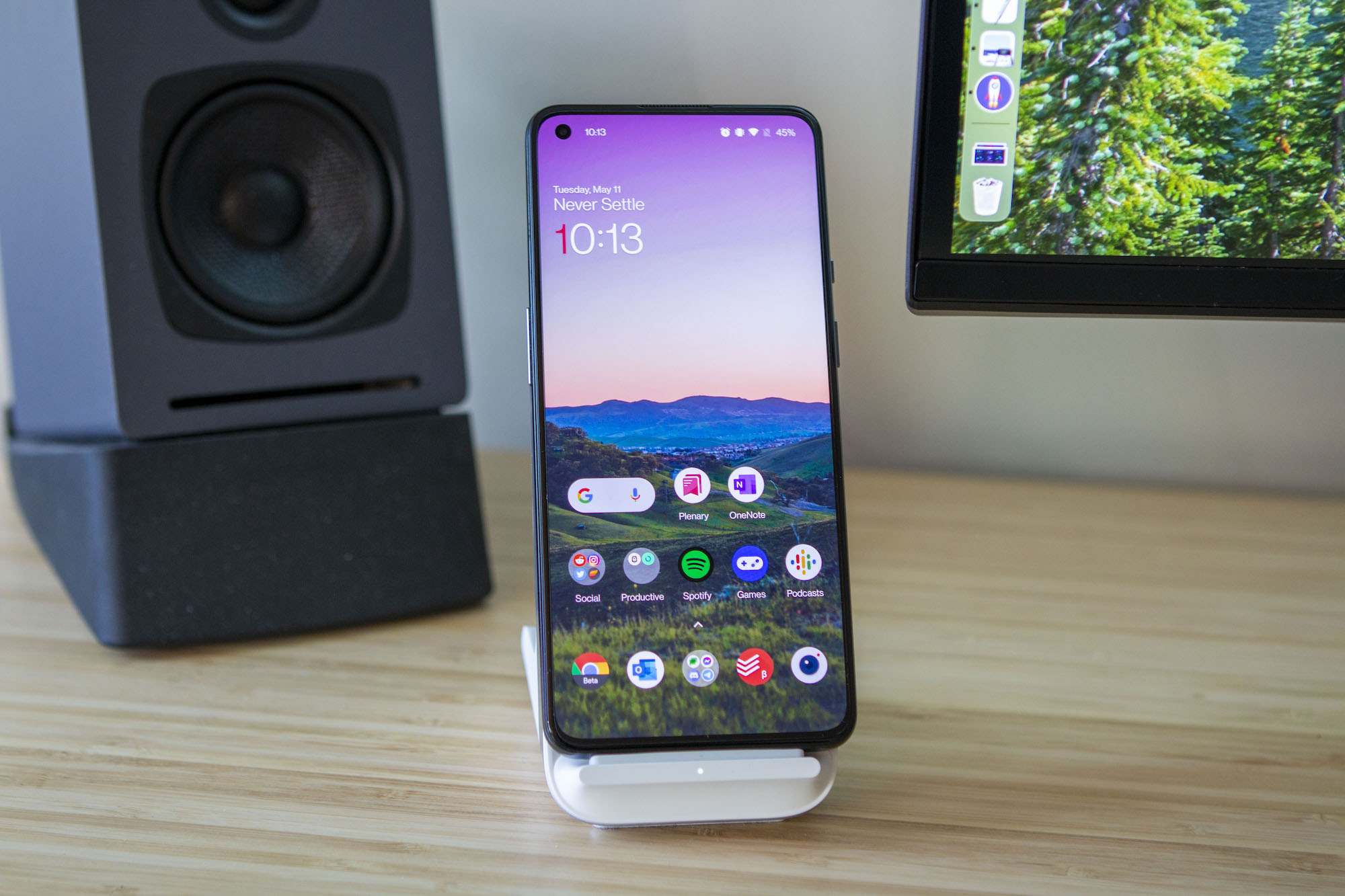 As a person with more phones on his desk than fingers on his hands, you might be surprised by my answer to this question. Even if you’re coming from the OnePlus 8T that launched late in 2020, I would recommend upgrading to the OnePlus 9. It’s a complete package that completely settles on multiple fronts.

The OnePlus 9 isn’t going to blow you away with features that you’ll try out and then never use again. The camera system has been upgraded to the point where you don’t have to lust after a Samsung Galaxy flagship or iPhone.

To put this in perspective, the two phones I use more than any others are a Galaxy Z Fold 2 and iPhone 12 Pro. But the OnePlus 9 is now being tossed into the rotation for the foreseeable future. It’s a good Android phone with flagship specs that doesn’t break the bank and keeps me happy. What more could you really ask for?

The OnePlus 9 won’t blow your socks off, and it doesn’t do anything really fancy outside of the Hasselblad branding and Warp Charge 65T. But it’s a great flagship Android phone with fantastic software and a comfortable design.