Ideally, every company that ever produces anything would be able to sell out every single item that they created, but that’s rarely ever the case. This usually means that at the end of the day, there’s going to be leftover units and over time, especially in the tech industry, these devices get old and become obsolete.

It does seem like a waste just to bin them, which is why Samsung has its Galaxy Upcycling program which repurposes older Galaxy handsets, and in this instance, the company has introduced the Eyelike fundus camera. This is a camera that will use older Galaxy smartphones and turns them into equipment used by ophthalmologists where it might be able to help detect and diagnose eye disease. 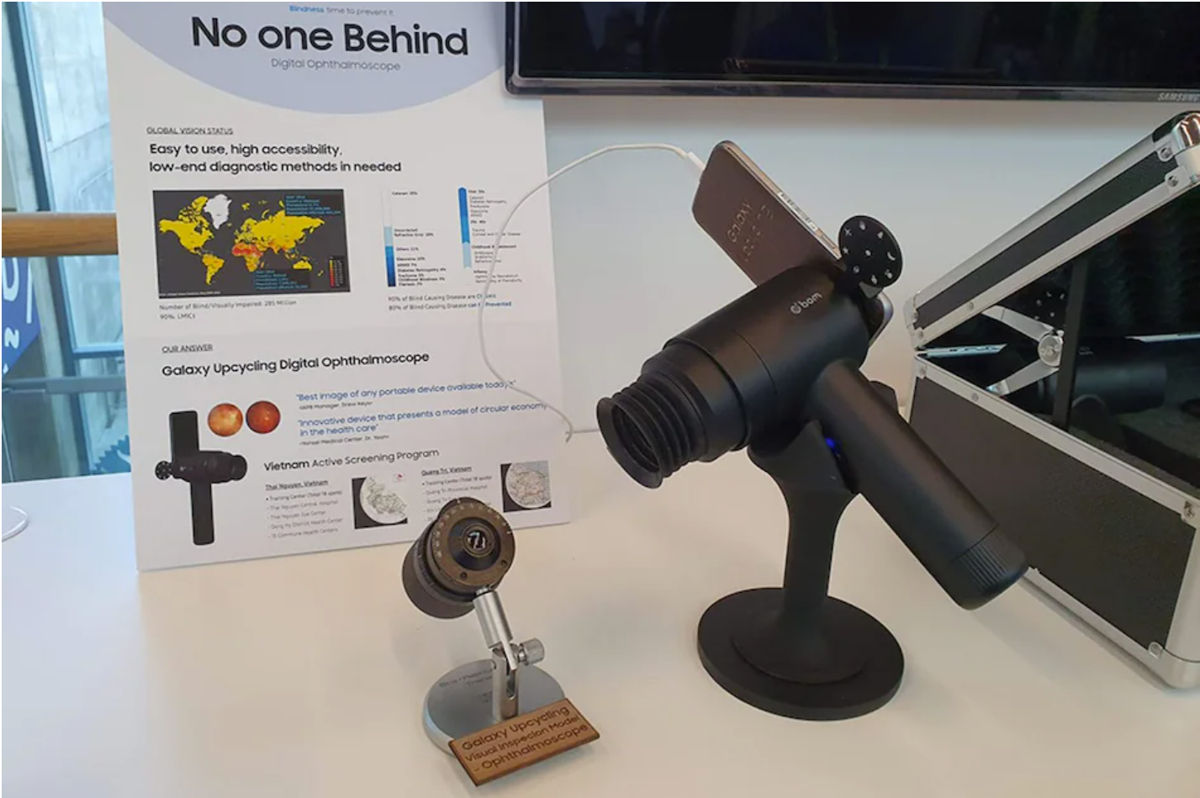 As you can see in the photo above, this setup involves the fundus camera which feeds information to a connected Galaxy smartphone. The information is then processed by AI which is installed on the phone, and then based on the data, it could then suggest a treatment regimen.

Now, we haven’t tried it out ourselves so we can’t say with certainty that this actually does what it says it does, how accurate it is compared to more traditional medical equipment, but Samsung seems to be pretty optimistic about it. The company has worked with the International Agency for the Prevention of Blindness and Yonsei University Health System in Korea to help develop it.

According to Dr. Sangchul Yoon of Yonsei University Health System:

“The combination of using multiple optical technologies and artificial intelligence, coupled with camera performance of a Galaxy smartphone, created an affordable medical device that was just as capable as a fundus camera used by medical professionals. This not only solved a health issue, but a growing environmental concern as well.”