Yesterday, we got a look at what OPPO has planned for its next flagship with the Find X3 Pro. Fast forward a few hours, and Evan Blass (@evleaks) is back at it again with a leaked video showing off some of the new and upcoming features for OPPO’s 2021 flagship.

The first of these videos last less than three minutes and begins by showing off the colorful display, along with a look through the camera app on the phone. In a high-speed space chase, revealing that the phone will feature a 120Hz display, along with confirming the overall design that has already been leaked.

In case you hadn’t noticed, this is not your traditional leaked promotional video that companies release when phones are announced. Blass shares that both of these videos have been commissioned as short films, in an effort to provide a different take on what the Find X3 Pro will be capable of.

Throughout both videos, we get a crystal clear look at the unique design, with the camera bump on the back and gorgeous display. The video confirms that we’ll be seeing the Snapdragon 888 chipset at the helm, along with the following other specs and features:

The second video is a little bit less dramatic, but instead, puts more of a focus on the elegant design being brought to the market by the Find X3 Pro. There are curved edges, providing a comfortable feel in the hand, along with curves on the back for the camera module. Instead of placing a block on the back with hard edges, the phone’s back material flows perfectly into the camera module, connecting everything together.

The Find X3 Pro will be announced on March 11th, along with two other rumored devices in the Find X3 Neo and Find X3 Lite. We don’t have too much longer to wait, so it’s just a matter of time before OPPO gives everyone all of the details, along with the price and the ability to pre-order the X3 Pro. 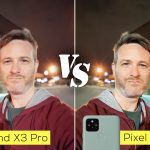 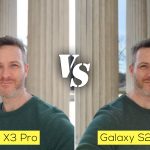 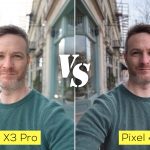