Pixel 6 could get a long-awaited 1-inch sensor update

While some phone makers are putting more of a focus on developing a foldable or rollable device, there are still more users that want better camera experiences. It’s easy to point at Sasmung and Google and say that this is the best, and we’ve reached the peak, but that simply wouldn’t be the truth.

Many of the most popular Android smartphones make use of Sony’s excellent camera sensors. Between the image quality and the software processing, that’s how we are able to get professional-level photos with phones that are much smaller than their DSLR counterparts.

A new rumor is making waves suggesting that Sony is gearing up to announce and launch the world’s first 1-inch mobile camera sensor. This will feature a model number IMX800 and is the successor to the IMX700 sensor found in many flagship phones today.

The rumor itself comes from Teme on Twitter, who largely reports on rumors surrounding upcoming and unreleased Huawei products. It’s easy to surmise that this new IMX800 would be the primary sensor found in the rumored Huawei P50 and P50 Pro. In fact, Teme claims that there will be three models, with the base model including three sensors, while the top-of-the-line version would include a total of five different camera sensors.

Switching stables for a moment, it’s about time for Google to update its own camera hardware, as the main sensor found in the Pixel 5 is a few years old at this point. It’s entirely plausible to think that depending on when the IMX800 is unveiled, that the Pixel 6 could be another one of the first phones to sport this new camera hardware.

Another rumor states that Google will, in fact, switch to a new sensor for the Pixel 6, but it’s unclear whether it will be the aforementioned Sony lens, or if it will be one of Samsung’s new GN2 sensors. The benefit of using the larger 1-inch sensor would be to allow for better images to be taken in low-light conditions, along with providing a better dynamic range than what current camera sensors allow for.

We’re still more than a few months away from a likely Pixel 6 launch, so consider this just the beginning of what could be a game-changing year for smartphone cameras. 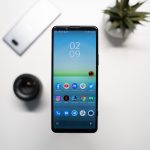 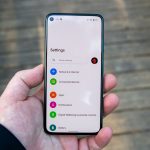 Google’s Pixel 6 could be shifting its fron