Fossil Gen 5 LTE review: not the upgrade we were expecting

Anyone interested in a Wear OS smartwatch these days has likely taken a peek at what the Fossil Gen 5 has to offer. The smartwatch has been available since 2019, but it’s still a solid contender when compared to the competition and it used as the base for most devices developed by Fossil Group.

The one feature that’s always been lacking is built-in LTE support. While it’s not a requirement for most, the lack of LTE connectivity automatically eliminates the Fossil Gen 5 as an option for those looking for a smartwatch that’s able to connect to the web without needing a smartphone nearby. The new $350 Fossil Gen 5 solves that issue, but that doesn’t necessarily mean it’s the perfect smartwatch for you. 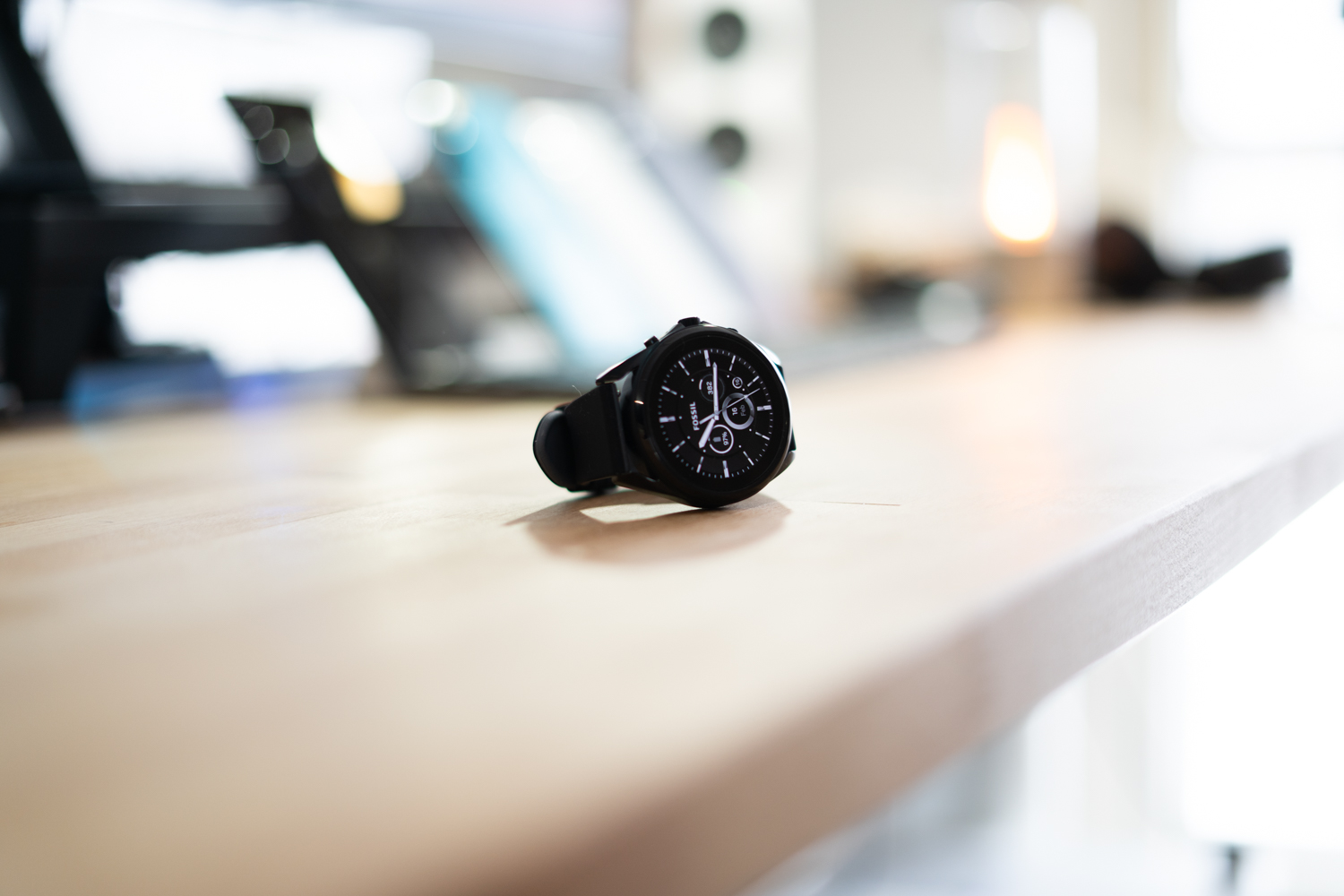 For our Fossil Gen 5 review, we thought we’d kick things off with the smartwatch’s design. For anyone who has seen the Fossil Gen 5, you’ll easily be able to recognize the LTE variant with a quick glance.

Fossil has made a few minor changes to the body of the smartwatch. The only visual difference we’ve been able to spot is the recessed slot for the home button crown which stuck out a bit more on the regular model and the angle of the lugs which curve in more from the edges of the body to meet the wrist band.

Unfortunately, Fossil is only delivering the Gen 5 LTE 45mm case in Black and Blush finishes with silicon straps, leaving the Garrett, Julianna, and other design trims as exclusives for the base Gen 5. 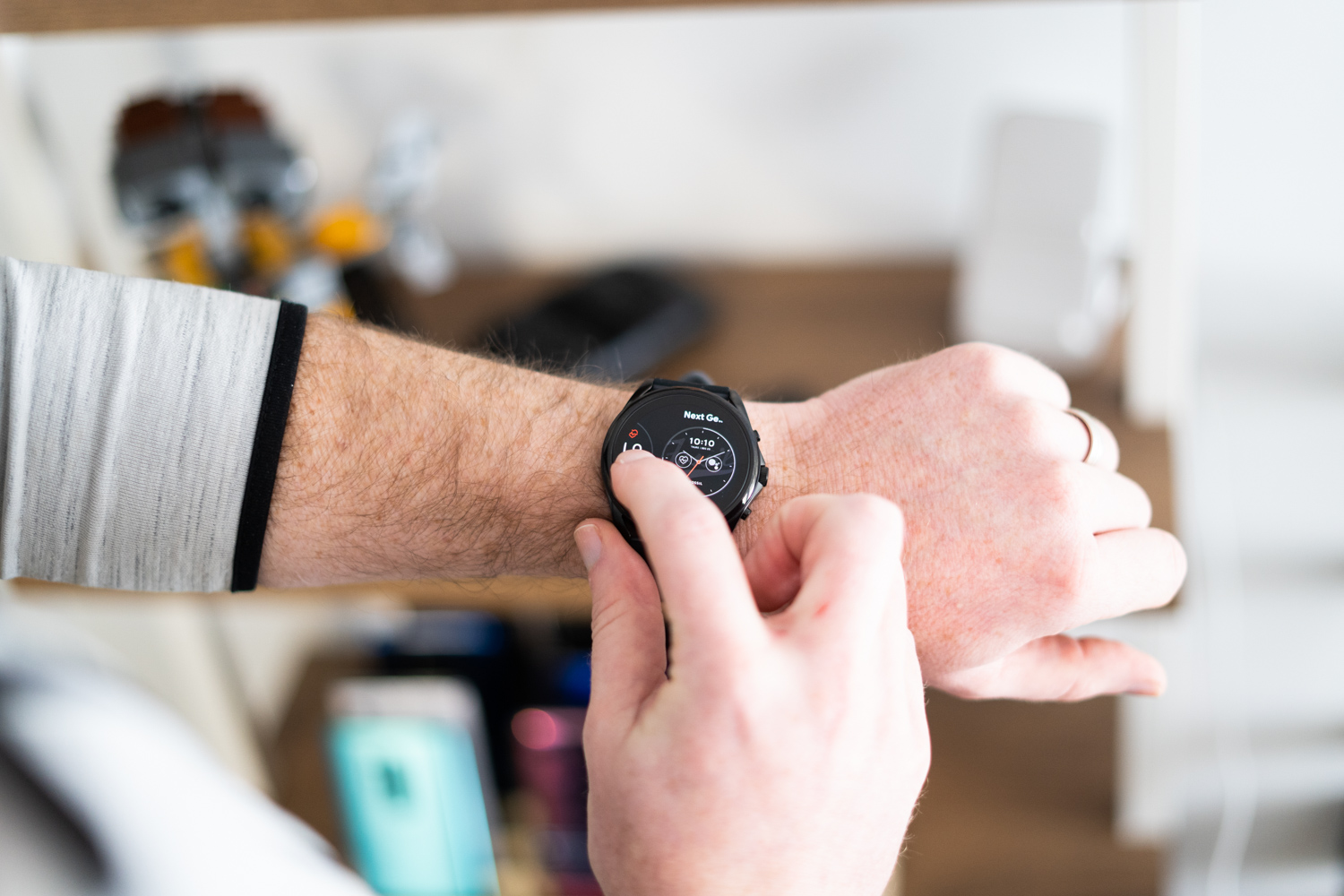 If you’re simply looking at the specs, the Gen 5 and Gen 5 LTE are practically identical with a 1.28″ AMOLED display,  310mAh battery, 8GB of storage, 1GB of RAM and the same Qualcomm Snapdragon 3100 as the original Gen 5. The watch also comes with LTE support, microphone and speaker and the usual chips and sensors for heart rate monitoring, NFC (for Google Pay), GPS, Altimeter, Accelerometer, Gyroscope,  and Ambient light sensors.

Anyone who’s been keeping up with smartwatch specs knows that the Snapdragon 3100 chipset isn’t exactly new. When the original Gen 5 made its debut, the 3100 was the best Qualcomm had to offer, but that all changed last summer when the 4100 hit the market with a huge boost in performance and significant enhancements for the ambient display, allowing the watch to display more colors, battery life, steps, heart rate and more rather than the simple date and time in 4 colors offered by the Snapdragon 3100.

To be clear, performance on the Gen 5 LTE isn’t bad. The 3100 chipset has enough power to deliver a smooth experience and the 1GB of RAM allows Wear OS to chug along without too many noticeable hiccups. 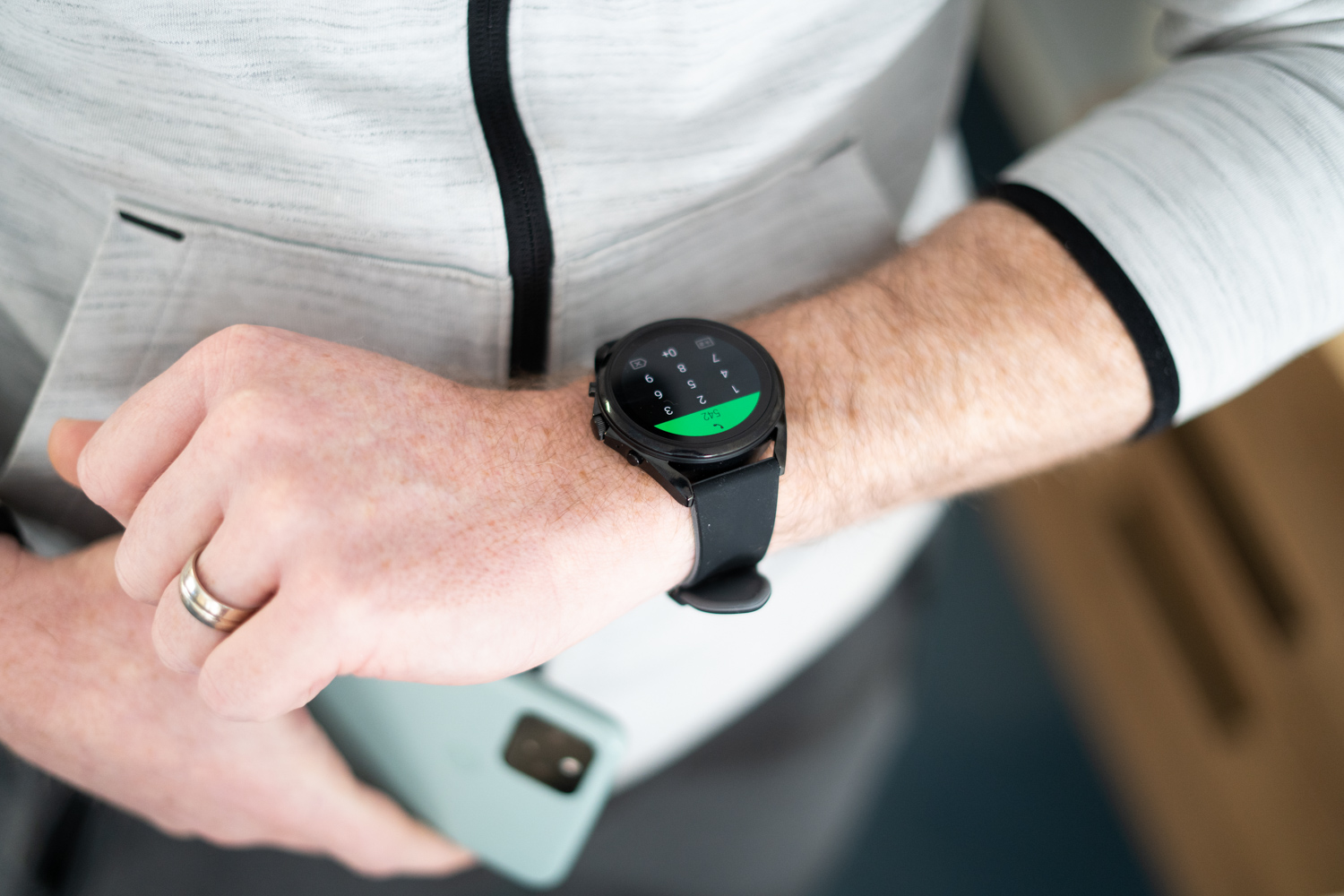 Of curse, the main attraction of the Fossil Gen 5 LTE is the integrated LTE radio that allows the smartwatch to operate independently of a smartphone. Setting the device up for the first time still requires the smartwatch to be paired with a smartphone using the Wear OS app, but if you’re willing to pay Verizon’s $10/month Number Share fee, you’ll be able to use the Fossil Gen 5 LTE on it own and leave your phone behind.

Not many of us are willing to abandon our phones completely, but it’s extremely convenient if you’re going on a run or a bike ride. The Gen 5 LTE offers decent reception through Verizon. In 10 days, I never experienced a single connectivity issue on phone calls, sending and receiving text messages, installing apps, tracking workouts via GPS and LTE and more.

Naturally, the LTE connectivity will take a toll on the watch’s battery life. A 30-minute phone call will drain the battery roughly 20%, as will tracking a 30-minute run with GPS while streaming music with connected Bluetooth headphones.

Take a call on a smartwatch can be awkward at first. You’ll definitely look weird holding your watch up your mouth to talk while out in public, but that is easily mitigated if you connect a pair of Bluetooth headphones directly to the smartwatch. It also has the benefit of delivering better audio for you and the person on the other line since the built-in mic and speaker aren’t ideal if you want to have a real conversation. 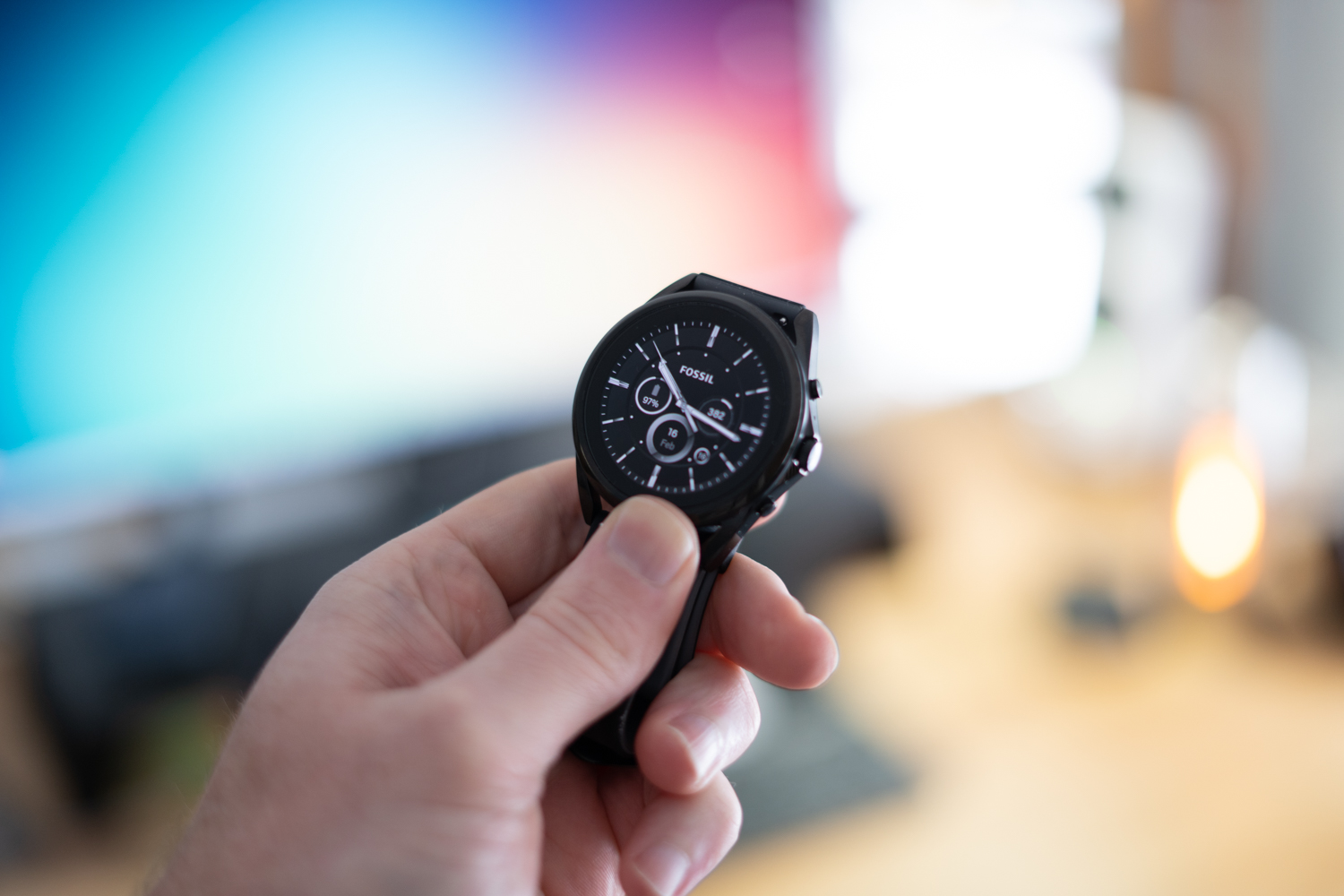 The one disadvantage that the Fossil Gen 5 LTE has over the basic WiFi model is that the smartwatch is running on an older software build. Back in August of 2020, Fossil released a substantial software update that delivered a new Wellness app which Fossil claims is also more battery efficient as it can shift power consumption off the main processor to Snapdragon 3100’s co-processor. Fossil also added VO2 max monitoring, sleep tracking (something every smartwatch should offer), and custom mode settings to improve battery life.

When we asked about these features, Fossil told us that the Gen 5 LTE eventually get the same update as its other models, though they didn’t provide any insight as to when that will happen. The watch will get better over time, we simply don’t know how long we’ll need to wait to see those improvements rollout. 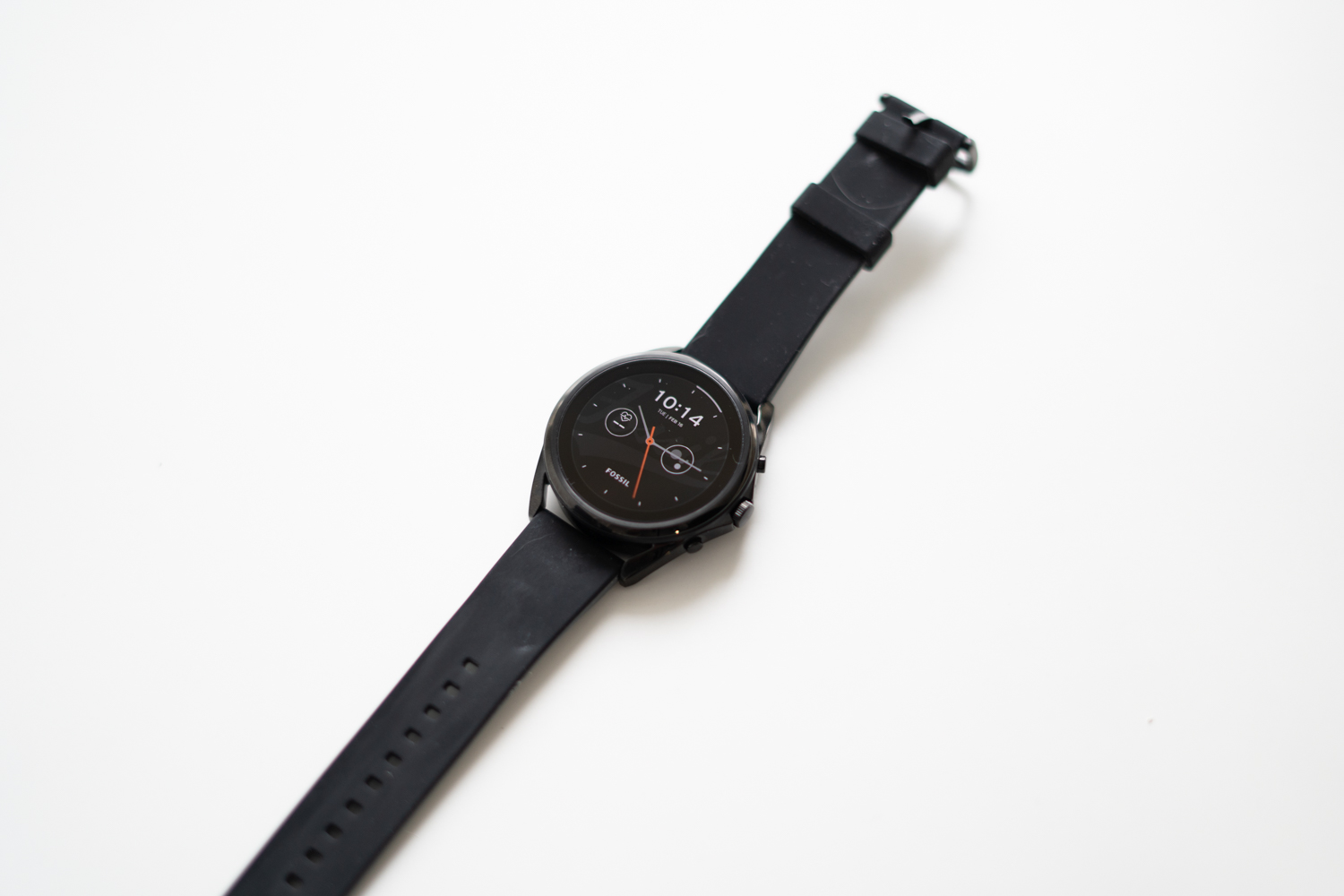 The final piece to our Fossil Gen 5 LTE review is battery life. Sporting a 310mAh battery, the Gen 5 LTE will deliver a full day of usage before needing to be charged. This assumes that you’ll be taking advantage of the smartwatch’s LTE connectivity for at least 30 minutes of calling per day or for tracking a 30-minute workout.

On most days, the Gen 5 LTE still had a 30-35% charge when I took it off at night. You could stretch things to a day and a half if you really wanted to, but that would leave you with a dead watch by noon the next day or force you to lug around the charging cable to charge it back up.

This is pretty normal when compared to other smartwatches with LTE connectivity. You can easily boost battery life to two full days on a single charge by turning the LTE radio off and only using it when your phone is not in range. Even if you leave your phone behind for an hour each day, you’ll notice a significant increase in battery life.

Those looking to buy the best smartwatch money can buy will likely pass on the Fossil Gen 5 LTE. By using an older CPU and omitting some of the best new software features we’ve seen from Fossil in a while, the Gen 5 LTE isn’t going to satisfy the needs of most tech enthusiasts.

That being said, Fossil still delivered an incredibly well-rounded smartwatch with great LTE connectivity. Smartwatches that don’t offer LTE never seem to live up to their full potential since they still require you to bring your smartphone with you. Personally, I love going on a walk or run without needing my smartphone and the Gen 5 LTE allows me to do just that.

At $350, the Fossil Gent 5 LTE is significantly more expensive than the regular Gen 5, but the price is definitely worth it if LTE connectivity is a requirement for you. Of course, as a Verizon exclusive, you may not have the option of buying this device if you’re currently using another service provider.

The Fossil Gen 5 LTE is a great option for anyone who loves the design of the original Gen 5 but wants an LTE-connected smartwatch.