Typewise 3.0 update will help speed up typing on your smartphone

When it comes to third-party keyboard apps for our smartphones, there are so many to choose from. For the most part, a lot of them are laid out the same in the familiar QWERTY format that the majority of us are familiar with, but just because it’s familiar doesn’t mean that it’s the best.

Typewise was designed to help improve the typing experience on mobile devices, and with version 3.0, the developers have introduced all-new autocorrection technology, thanks to support from the Swiss Agency for Innovation, Innosuisse, which is supposed to help speed up typing as it means less time going back to correct your mistakes.

This was achieved by studying the typing habits from 37,000 people and finding what works and what doesn’t. It also utilizes AI which runs natively on your phone and doesn’t not require a connection to a remote server, meaning that all your data will be kept locally and the developers will not have access to it.

Admittedly Typewise does take some getting used to due to the different layout configuration compared to more traditional keyboards, but if you’re looking for something different and want to potentially improve on your typing experience, it might be worth a try. Typewise is available for both Android and iOS, and the version 3.0 update is expected to be released in the early part of 2021. 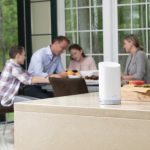 The Pixel 5 may not be as earth-shattering of a device as some of the Android flagships that have been launched recently. But if you want the best that Google has to offer, with stock Android in-tow, there’s nothing better.Even though this is more of an upper to mid-range device, there are still quite a …

For the past few years, Oppo has focused most of its efforts on its Find X lineup to ensure that its flagship smartphones delivered the best photography experience possible. Oppo may be a bit behind the competition on that front, but they’re still among the best.By comparison, the Oppo Reno devices have been neglected, getting …

closeSamsung promises four years of security updates for its smartphones

One of the biggest complaints when it comes to Android smartphones comes down to software support. We’ve seen phone makers go back and forth from offering two software updates up to four, and even just one major software release (looking at you OnePlus and Motorola). However, Google and Samsung seem to be working on getting …

closeDisney+ ‘Star’ is Hulu for international markets and for grown-ups

Earlier today, Disney+ announced a new section of its streaming services called Star. This is only available in select European markets and aims to bring more adult content to the platform. You can think of this as Hulu for those who live in Europe, Canada, and New Zealand.While Disney+ has amassed quite the subscriber count, … 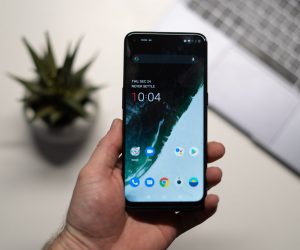 Kicking off 2021, Samsung has been stealing the spotlight, as is tradition, when it comes to new smartphone launches. The Galaxy S21 lineup launched and has been the source of much coverage as it’s the latest flagship from Samsung. However, OnePlus has also been making a play in the headlines, and not just for rumors …