I moved into my current home back in September of 2017. At the time, we had a regular doorbell that would work on and off but completely stopped working after a shovel accidentally knocked it off. Until October of last year, we didn’t have a doorbell since I was unable to fix it and never got around to replacing it. I finally decided to purchase one last year during Amazon Prime Day because they had a great deal on the Ring Video Doorbell 3 Plus.

Smart doorbells have only been around for several years but more and more people are making the switch. I DoorDash on the side and one of the things I’ve noticed when making food deliveries is the number of houses that have one. If you’re unfamiliar with what a smart doorbell is, it basically expands the notification of a traditional doorbell by giving you more options. Sometimes referred to as a “video doorbell,” it’s internet-connected with a video capability, sending notifications to your smartphone, tablet, smart speaker, and integrates with your smart home automation system.

The original Ring doorbell was developed by Jamie Siminoff in 2013 and was known as the “Doorbot.” The device was even featured in the reality tv series Shark Tank but none of the investors invested in the product. Since then, the name has changed from “Doorbot” to Ring and was acquired by Amazon in February 2018 at an estimated value between $1.2 billion and $1.8 billion.

Although I am a DIY enthusiast, I didn’t want to mess with hardwiring the doorbell so declined to get the Pro.  Instead, I opted to go with the Plus since it was on sale and also because it had the 4-second video preview. I’ve been using it for a few months now and I have been pleased with it so far. However, this wasn’t always the case when I first started using it. 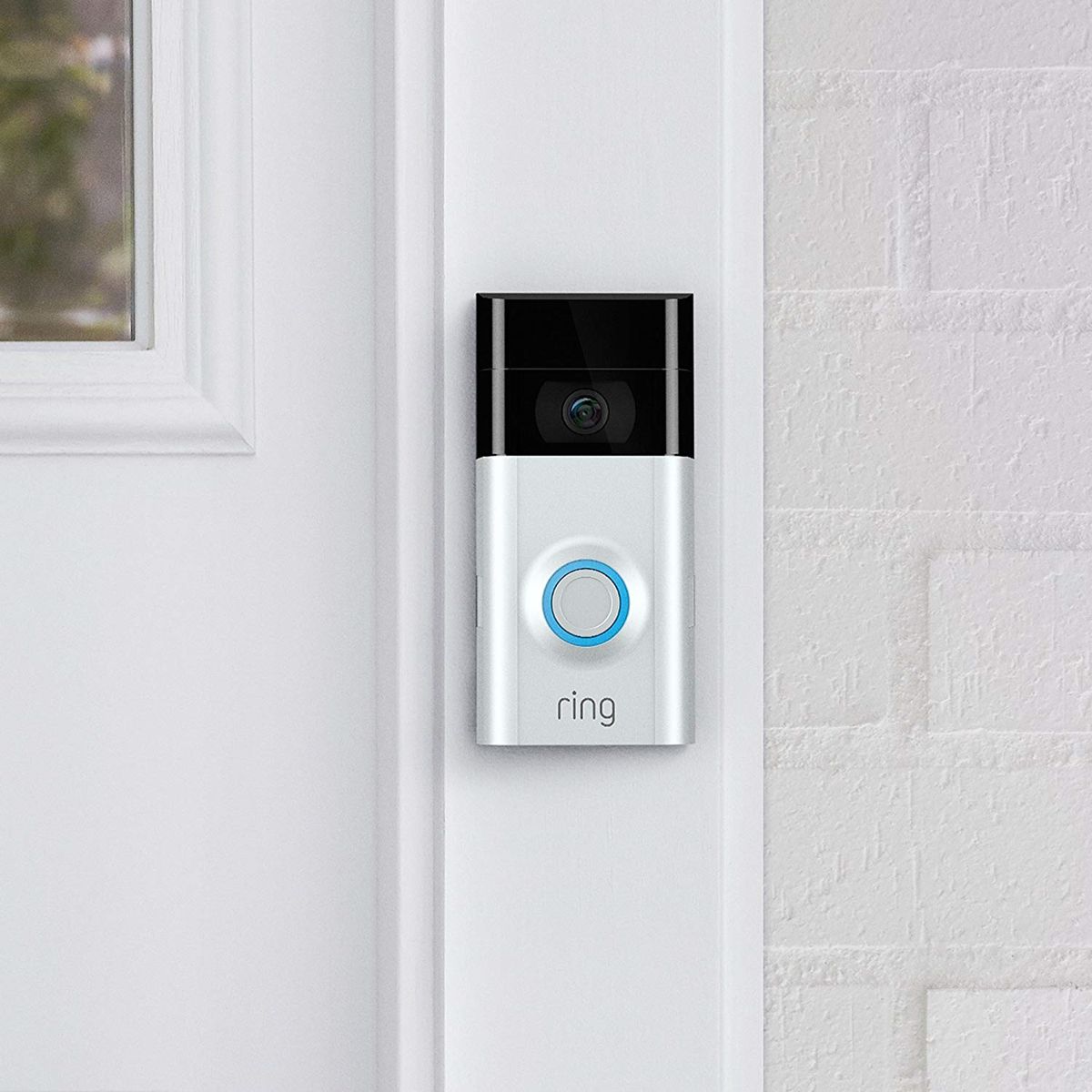 The Ring Video 3 Plus design is very simple. It is small and rectangular with smooth edges, measuring 5.1 inches tall, 2.4 inches wide, by 1.1 inches deep.  Compared to the Pro, I definitely like the look of the Pro better since it is smaller and sleeker.  However, the Plus is still small enough that it fits well where my old doorbell used to be. The camera is located on the top and the doorbell button is right below it.  Most people are probably accustomed to seeing the Ring Video Doorbell with the satin nickel faceplate (silver) but it also comes with a Venetian bronze faceplate. The faceplates are pretty easy to swap out, so you can change the look in a matter of minutes if you move to a new place or paint your house and find that the other color matches better.

Before installing the doorbell, you’ll want to plug in the battery to fully charge it.  Included in the box is a USB charging cable but no adapter.  Fully charging the battery took several hours so I wasn’t able to use this device until the next day. As far as installation goes, the process is fairly simple since there are no wiring involved. The most important thing is to find the right location to install the doorbell. While you can install this almost anywhere, Ring does recommend that it be at least four feet up for optimal performance, allowing the camera to get a good view of whoever approaches the door.

The box comes with all the necessary hardware and even a mini-level to ensure your install is level, but you’ll also need is a drill or a screwdriver. Ring also throws in a corner mount or a wedge mount to help with installation if you want to angle the Ring towards a walkway or if your door is up on a staircase or hill. I didn’t initially install the wedge mount but I ended up installing it about a month later, something I’ll touch on in a bit.

After installing the device, the only thing left to do is picking the right faceplate and securing it in the bottom with a provided security screw.  The security screw is star-shaped so you will need to use the provided screwdriver to install it.  One word of caution though is that the security screw is very small and easily droppable when installing or removing it.  You do get two of them but I already lost one when I dropped one underneath my front porch.

The Ring Doorbell Video 3 Plus does not come with an in-home chime. If your chime is compatible, you can set it up to work with the Ring doorbell. If it is not, you can also purchase a Ring Chime or Chime Pro separately. Please note that using or purchasing a chime is entirely up to you. Since this device works with several smart devices including your mobile phone or smart speakers, a chime is not necessary if you choose to go down this route. I almost always have my phone with me so I get notifications right away and my Ring doorbell. I also recently set it up through my Echo Dot 4, something I definitely recommend.

A window to your front door 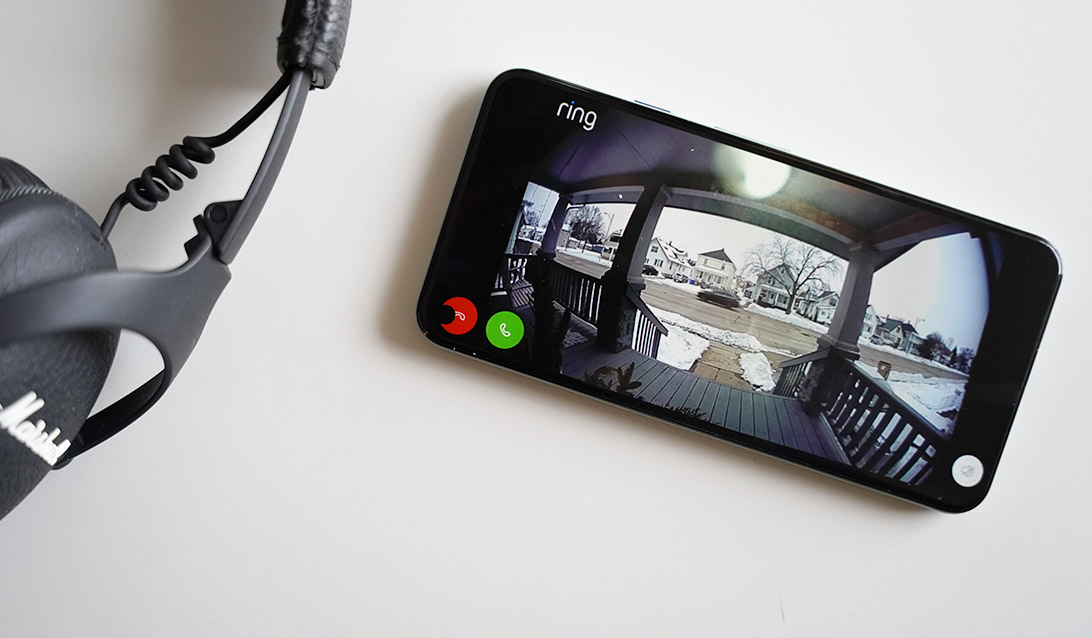 After installation, the next step is to download the Ring app. The app is where you’ll be able to customize the settings on your doorbell. Some of these customizations include changing the mode to disarm, home, or away, snoozing motion, setting up smart alerts, changing the motion settings, and setting up zones.  The app is also what you’ll use if you want to watch the camera feed live or if you want to speak with someone that is at the front door.

Ring also offers a monthly subscription called the Ring Protect Plan. The plan is available in either Basic which is $3/month or $30/year or Plus which is $10/month or $100/year. Each will automatically save the video feed to the cloud for when your camera detects motion for up to 60 days, with the Basic plan being ideal with single device recording and the Plus plan allowing video recording for multiple device with the addition of 24/7 professional monitoring if you also use Ring Alarm.  Without the plan, you have to open up the app right away to view the camera feed live since videos do not get saved.  My device came with a trial subscription to the Ring Protect Plan for 30 days.

As I previously mentioned, I recently synced my Ring Doorbell 3 Plus with my Echo Dot 4. Immediately after doing so, I was pleasantly surprised to hear Alexa announcing “there is motion at your front door” followed by the “someone is at your front door” altert, notifying me that the UPS delivery person rang the doorbell to deliver a package. I really enjoyed this aspect and it further strengthened my resolve about not getting an in-home chime.  I also plan on getting an Echo Show 5 eventually and I hope that it will work just as well or even better since it will display the video feed on its screen.

Yet another thing to charge

The wire-free installation was a positive for me when purchasing the doorbell, but having to charge yet another device is definitely the Ring Video Doorbell 3’s biggest weakness.

The battery can last a long time but your experience will vary depending where you live and how many people come to your front door. At the beginning, I decided not to install the wedge mount and my battery took a heavy toll because of it.  My phone was constantly going off with notifications about motion detection whenever a vehicle would drive by. Needless to say, it was very annoying and my battery was draining considerably because of it.

I tried several ways to remedy this by changing the motion zones in the settings and lowering the sensitivity but to no avail. After about a month, my battery needed to be fully charged again. After this initial experience, I finally decided to install the wedge mount. The difference has been night and day. My battery life has improved dramatically and I get fewer unnecessary notifications and battery life has improved as well.

At this point, I am considering purchasing a second battery so that I could just swap them out when needed.  Ring does sell solar chargers as well, but they only recommend them if the doorbell gets several hours of direct sunlight each day.

I’ve been using the Ring Video 3 Plus for 3+ months now and my experience has been mostly positive. I had somewhat of a rocky start but after a few minor adjustments, it was improved remarkedly. The Ring Video 3 Plus isn’t a perfect, but it’s incredibly simple to install and is simply and intuitive to use. My only real complaint is with needing to recharge the battery, something that’s easily remedied by purchasing a second one. After not living with a doorbell for a couple of years, this has been a game-changer in my family’s life. 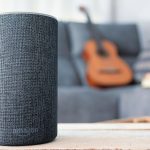