When it comes to transferring files between your Android phone and a Windows PC, there really aren’t too many headaches to deal with. Maybe you need to install the Android SDK if you plan on doing some rooting, but file transfers between Android and Windows is pretty easy. When it comes to the Mac, however, things are a bit different.

MacDroid is one of the best ways to take advantage of Android file transfer when it comes to macOS. With nothing more than MacDroid, your Android phone of choice, and the proper USB cable, you can perform a number of tasks. Here’s a quick breakdown of what features are available:

Being able to have all of the same features as Windows users have when it comes to managing and transferring files between Android and macOS is rather invaluable. There are just some folks who would rather use macOS but don’t want to get tied down in the iOS ecosystem, and MacDroid is here to help.

How well does MacDroid work? 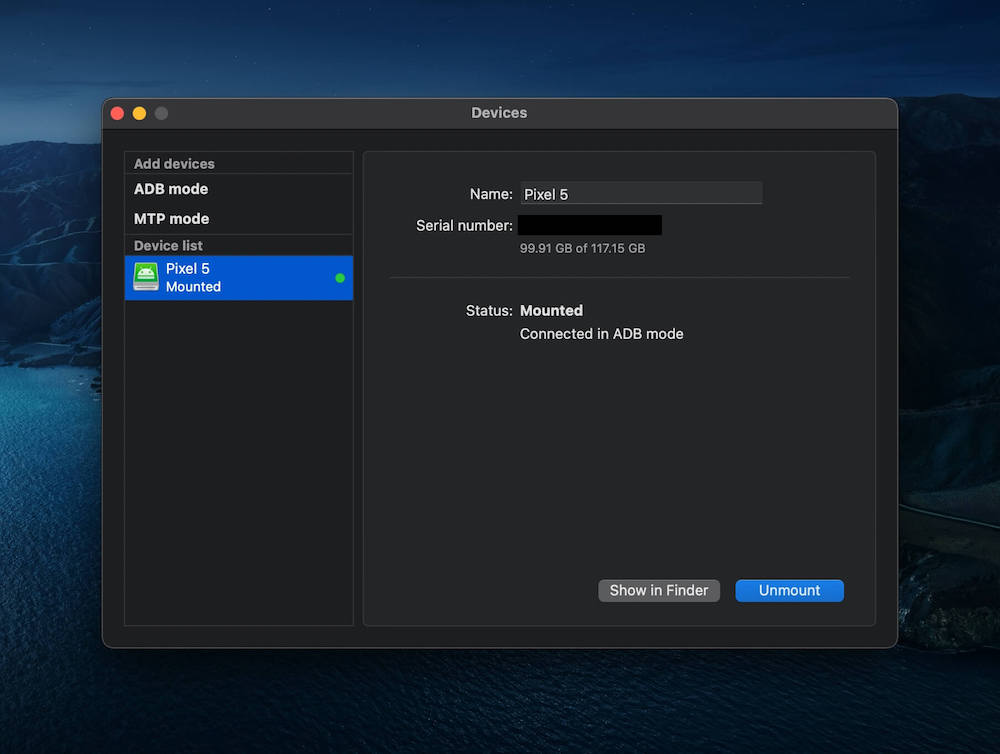 It’s all fine and dandy to talk about an app that could potentially help you out, but how does MacDroid actually perform as an Android file transfer tool for macOS? Well, we’ve been putting it to the test with a few different Android phones at our disposal, and the results are pretty stunning. It’s not that we expected MacDroid to light the world on fire, but the ease of use cannot be understated.

After installing MacDroid, you’ll need to go ahead and plug your Android phone into your Mac using the correct cable. As a note, and unrelated to MacDroid, you likely will want to use the cable that was included in the packaging with your phone, as there can be incompatibility issues with third-party cables.

Now that your phone is plugged into the Mac, USB Debugging will need to be enabled on your Android phone. If it already was done, then a prompt will appear on your phone with an “RSA key fingerprint” unique to your computer, along with the Allow button at the bottom. 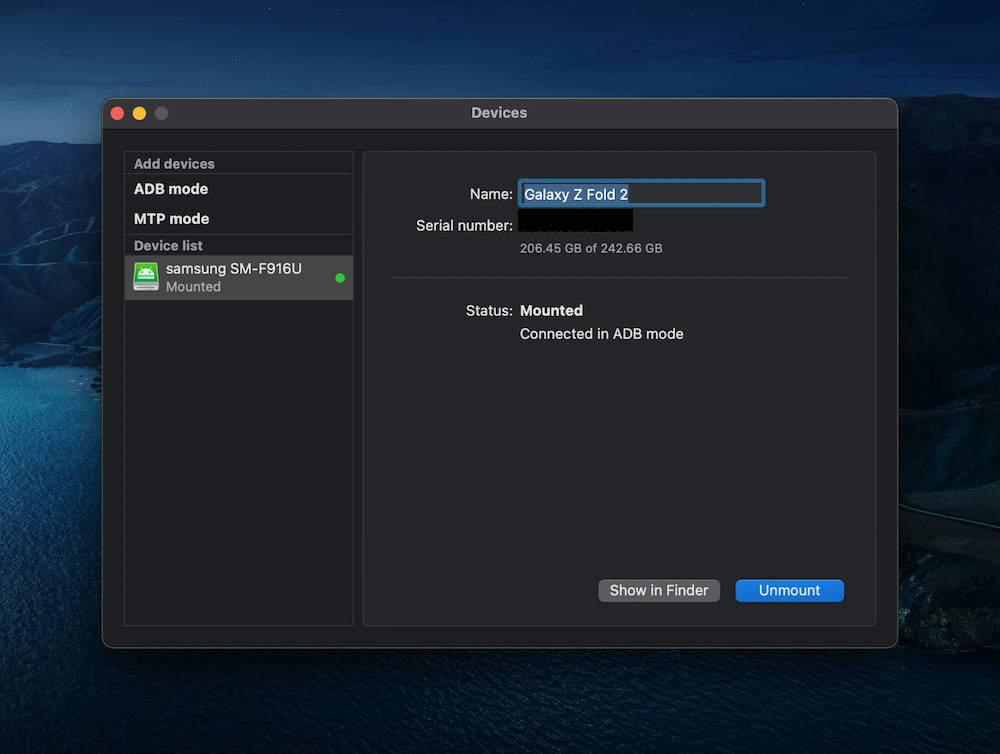 From there, MacDroid will open on your screen, showing you a breakdown of the information of whatever device is connected. This includes the ability to change the name of your phone (according to the computer) and the serial number. MacDroid even has a few options allowing you to open the file view right in a new Finder window.

Speaking of Finder, this is where the real power and magic of MacDroid as an Android file transfer app comes in. Instead of designing a separate application to be used for transferring the files, MacDroid actually “mounts” your Android phone, making it recognizable to Finder and the Mac. This is really no different than plugging an SD card reader or external hard drive. 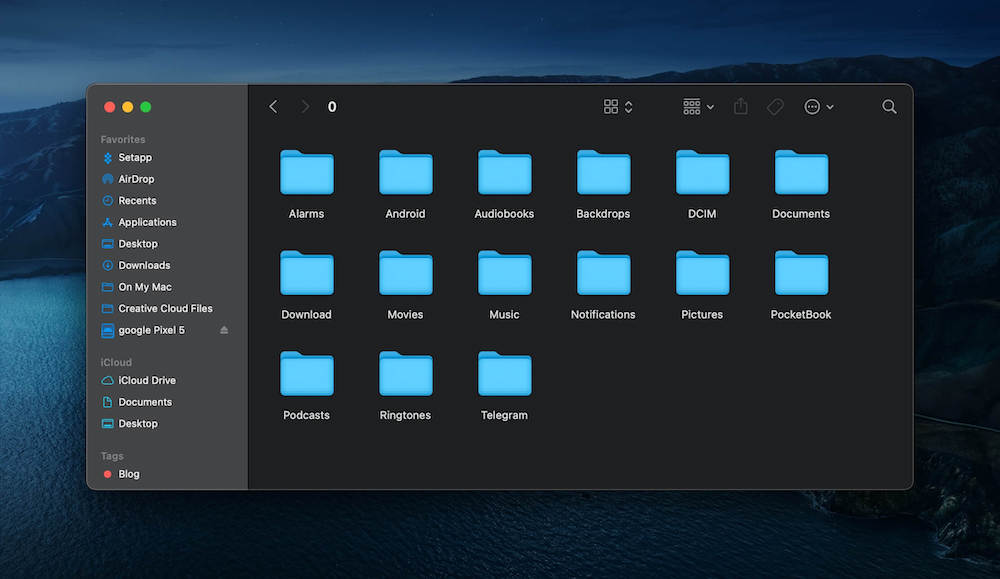 Just find your phone in the navigation menu on the left side of the Finder window, and then you can start transferring away. We didn’t run into any issues throughout our usage, including transferring some movies to the Galaxy Z Fold 2.

While having cloud services like Google Photos or Dropbox capable of backing up your photos, there’s just something about being able to download the “hard copies” to your computer’s hard drive. MacDroid makes it easy and seamless to do so, providing yet another way for you to keep your precious photos and videos backed up.

When all is said and done, MacDroid is a useful application that truly makes it easy to move files back and forth between macOS and Android. The integration with the Finder window helps to create a seamless integration that makes it feel like MacDroid is actually a part of the macOS software.

If you want to check out MacDroid for yourself, you can hit the button below and will have a 7-day free trial for the Pro license. After that free trial is up, you can continue to use the app, but you will be limited to only transferring files from your Android phone to the Mac. If you decide that you want to keep the Pro features, which include transferring back and forth between devices, along with more consistent updates, you’ll be looking at less than $2 per month ($19.99 per year).

MacDroid is the Android file transfer application for the Mac, and having another useful tool at your disposal without needing to switch to Windows is extremely helpful.