Google is one huge step closer to building its own smartwatches

Nearly 14 months after Google announced its bid to purchase FitBit, the EU has finally signed off on the acquisition. The regulatory approval from the EU comes with a handful of conditions that will put restrictions on what Google will be able to do with user data from FitBit and a requirement to keep Android open for third-party developers to continue to build smartwatches and wearables that are compatible with the platform.

As a condition of the agreement, health data from FitBit will be siloed, preventing it from being used with Google’s ad business. European residents will also be given the option to keep their FitBit data from integrating with other Google services like the Google Assistant or Google Maps location tracking and history. Google will also be required to keep Fitbit’s web API active, allowing users to access their data through third-party applications and services.

Google jumps into the wearable space with $2.1 billion acquisition of Fitbit

In an effort to keep Android open to wearables manufactured by third-party OEMs, the EU is also mandating that Google will continue to license the tools, software, and Google Mobile Services to current and new partners.

The conditions laid out by the EU’s regulatory body will be enforceable for 10 years, giving the market plenty of time to shift and adapt if Google decides to change its stance on the integration of third-party wearables in a decade. The EU is also reserving the right to extend the user data restrictions with Google’s ad business if it finds justifiable cause.

While the EU’s approval of Google’s Fitbit acquisition is a significant milestone, the company is still waiting for the US government to sign off on the deal. In the past, US regulators haven’t had many issues with software companies branching out into hardware businesses (Google’s most notable hardware company acquisitions include Motorola, Nest, and Dropcam), but Google has been under a lot of scrutinies for alleged antitrust violations in the US and is multiple lawsuits and investigations on the federal and state level.

It’s not clear when US regulators will be sharing their verdict regarding Google’s acquisition of FitBit, but for those who have been waiting for Google’s answer to the Apple Watch, that day can’t come soon enough.

Wear OS has seen some significant improvements over the past year, but the platform still has a lot of issues that need to be worked out. We’re not sure if a Pixel smartwatch from Google will ever make a dent in the smartwatch segment, but we’re definitely interested in seeing what Google has planned once FitBit is fully absorbed into Google’s hardware division. 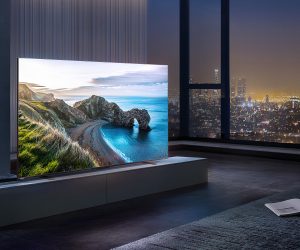 While it was a surprise to see Amazon release its own line of TV sets, Toshiba and Insignia have been carrying the Fire TV torch for the past few years. We’ve seen a few updates to the lineup, and Toshiba is back again with its all-new M-Series of Fire TV sets.But instead of just focusing …