5 reasons the new Evernote is the best note-taking app

Back in the day, when people wanted to collaborate on documents, what they’d have to do is upload a file to a server that can be accessed by everyone. Users would then need to edit the document, reupload it back to the server, and repeat the process. This was a slow and painful process and did not necessarily allow for simultaneous edits.

These days, the ability to edit documents simultaneously has become a pretty common feature, and Evernote was one of the early adopters of such a system. Sure, there have been many new apps and alternatives that have since been launched, but in case you’ve yet to find the perfect app for note-taking and collaboration, then read on to find out why Evernote might be the best note-taking app for mobile devices, especially with the latest version that was just launched on Android.

Some note-taking apps pride themselves in being minimal and distraction-free. That’s fine if you just want to write, but if you’re trying to create a more complex note, then the new Evernote will come with tools to help you out. Users will be able to add things like semantic headers, insert tables to give their notes more structure, an improved checklist system, and also the ability to add rich content like audio, photos, and more with the tap of a button.

A new and improved and more powerful search

Searching within Evernotes has always been available as far as we can remember, but the new Evernotes app has revamped the search system to make it faster and more powerful. It can now show users search results as they type so they can find what they’re looking for faster.

Users will also be able to search by tags, attachments, file type, and also URL. This is designed to help you find older notes that you might have forgotten to label and organize properly. Users can also save their searches so that they can quickly search again later without having to type it out.

Multiple ways of recording things down

When it comes to taking down notes, there is more than one way to go about it. Evernote supports basic note-taking methods such as actually typing down the things you want to record, but what if the thing you’re trying to record is a file, or a physical document?

With Evernote, you can actually drag and drop digital files from your computer or mobile device and save it to the app. This means that you’ll be able to keep a log of things like receipts, documents, spreadsheets, and more. You can also record audio notes, take photos of physical documents, or send your attachments from Gmail directly to Evernote. 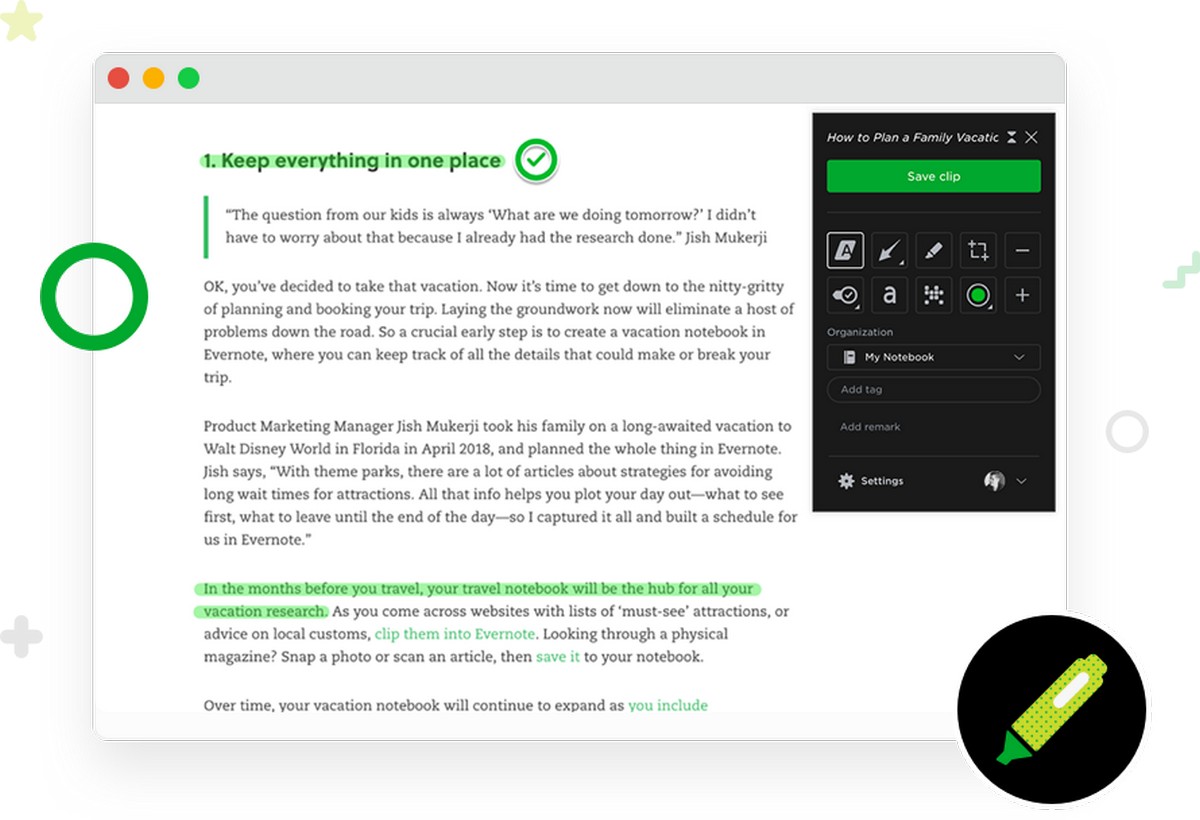 One of the features of Evernote, which we reckon is still highly-unmatched, is its Web Clipper browser extension. This lets users quickly save things of interest to them directly to Evernote while they’re browsing websites. Users will be able to save entire websites, minus all the other distracting information like ads, headlines, and more.

The Web Clipper also doubles as a bookmark, so that whenever you’re using your computer, you can quickly refer to the clips in case you want to go back to it. Users can grab screenshots and save it directly to a specified notebook within Evernote, so they can organize their web clippings instantly.

Collaboration in note-taking apps is a pretty standard feature, but sometimes it can be hard to keep track of who’s editing what, and more importantly, what has changed from the last edit. With Evernote Spaces, the company is taking collaboration to the next level by introducing features like being able to see the latest changes and who made them, so you won’t have to browse endlessly to try and spot the edits. 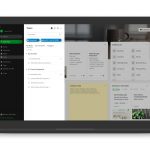 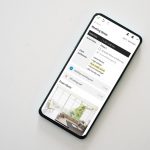 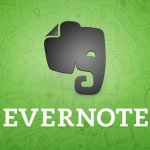