OnePlus 8T review: a bit of a disappointment

As is the case every year, OnePlus has delivered the T variant of its flagship smartphone with a few tweaks, upgrades and a new design. While the phone’s fundamentals really haven’t changed, the OnePlus 8T does have a few notable changes that make it stand out from the competition, and with its $750 price tag, it’s definitely worth a closer look. 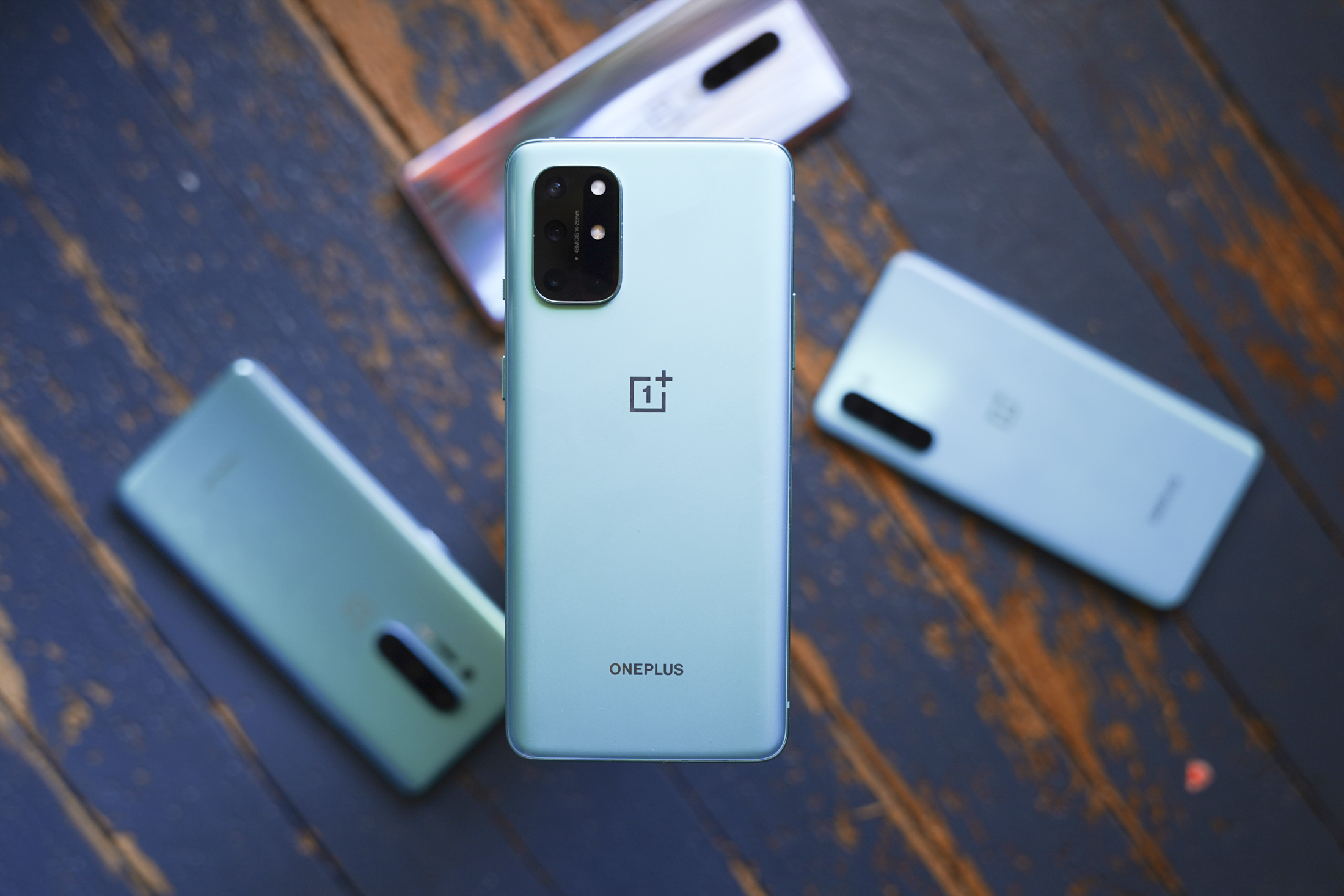 While the OnePlus 8T has great software and a fantastic build, the main features that really stand out are the phone’s performance, battery life, new charging tech and of course the phone’s amazon display.

Simply looking at the specs will tell you that the OnePlus 8T is a device that will deliver impeccable performance. It may not have the latest Snapdragon 865+, but the regular SD865 is powerful enough and having 12GB of RAM to go along with it means you’ll never have to worry about closing out apps or games to ensure a smooth experience. While the hardware does get a lot of the credit when it comes to the phone’s performance, a lot of credit goes to the software optimizations that OnePlus has put in to make sure that the device feels so much more responsive than most other Android smartphones.

The experience is truly phenomenal. It doesn’t matter if you’re scrolling through Twitter, browsing the web, watching videos or playing your favorite game, you’ll be hard-pressed to find a device that can match the smooth experience offered by the OnePlus 8T.

If battery life is an important factor for you, the 4500mAh battery capacity offered by the 8T should do the trick. In my testing, I was able to easily make it through a long day with screen-on time ranging between 7 and 8 hours between charges.

Unline most other Android devices, the OnePlus 8T splits its 4500 battery capacity between two different cells. This change was made so that OnePlus could increase the phone’s cast charging to 65W, allowing it to go from zero to a full charge in 50 minutes. I was a bit skeptical of OnePlus’ claims at first, but I was able to test the speed multiple times and it hit it on the mark every single time.

While being able to deliver a 50% charge to the phone in roughly 20 minutes is great, I would trade 65W charging for the usual 30W charging speeds if they could have also included wireless charging. In my book, the convenience of using a wireless charger at my desk or in the car far exceeds the benefit of shaving off a few minutes of charging time since I usually plug the phone in each night. 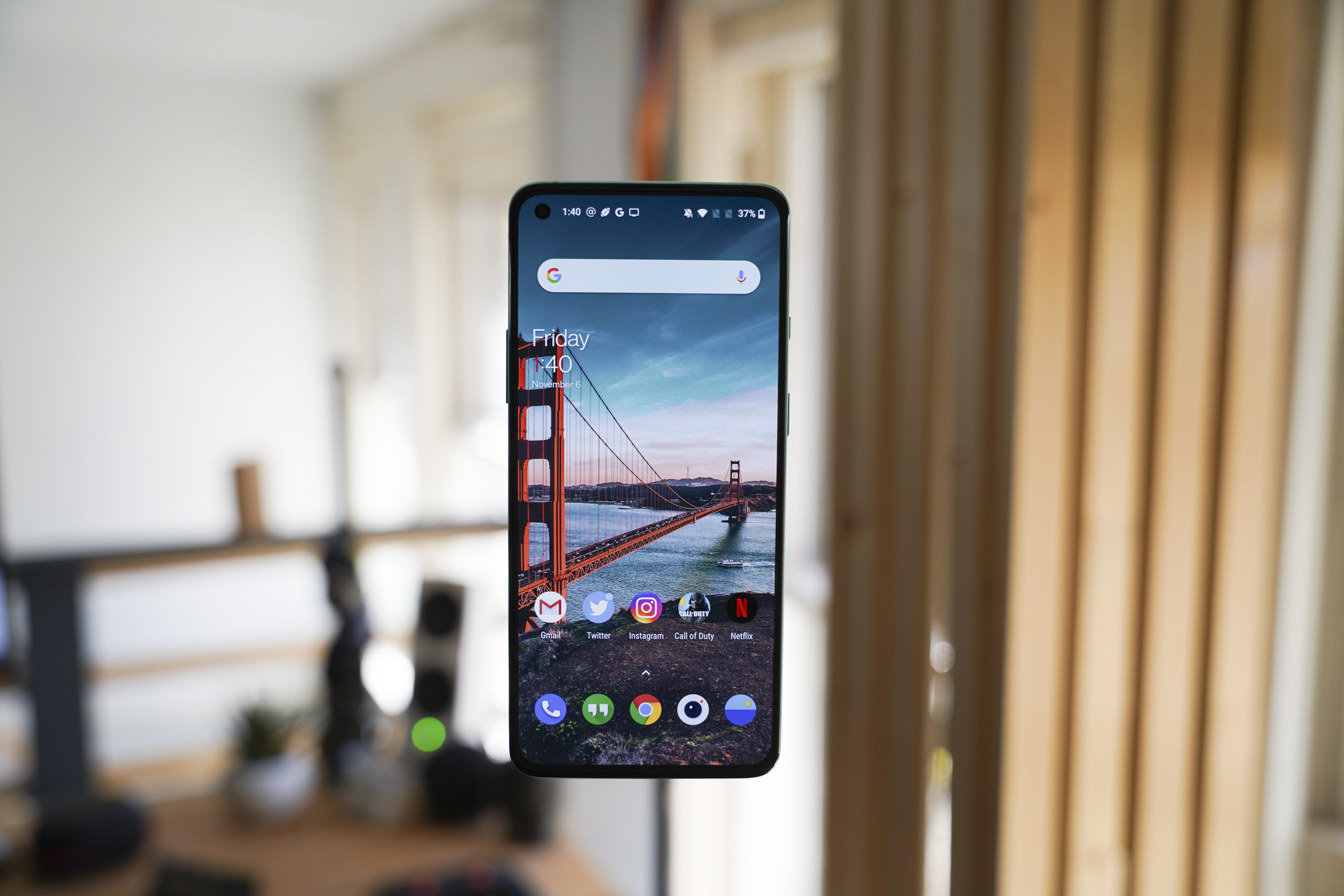 It’s no secret that OnePlus has been using great displays on its smartphones for a while now. The 8T continues that trend with a 6.55-inch AMOLED panel sporting a FHD+ resolution with HDR10+ support and a 120Hz refresh rate. The key difference between the display on the 8T and the previous OnePlus 8 devices from earlier this year is that they are using a flat panel. We saw OnePlus do this last year as well with the 7T. While a flat panel may not look as good as a curved one and reduce the phone’s screen-to-body ratio, it makes it easier to use while also reducing glare. If the only difference between the OenPlus 8 and the 8T was a curved display versus a flat display, I’d pick the 8T.

As for the quality of the display, it’s truly phenomenal, delivering a substantial improvement over most other devices with 90 or even 60Hz refresh rates. You’ll notice the improvement mostly when scrolling through content in apps like Instagram and Twitter, but if you’re a gamer, you’ll reap the advantages of the higher refresh rates in games that support it, along with the display’s incredibly fast 240Hz touch sampling rate.

There’s no doubt that the OnePlus 8T is a good phone, but that doesn’t mean it’s perfect. Compared to the other OnePlus 8 smartphones we’ve seen this year, the 8T doesn’t have a clear market position, being slotted right in the middle of the OnePlus 8 and OnePlus 8 Pro in terms of the phone’s hardware and its price. 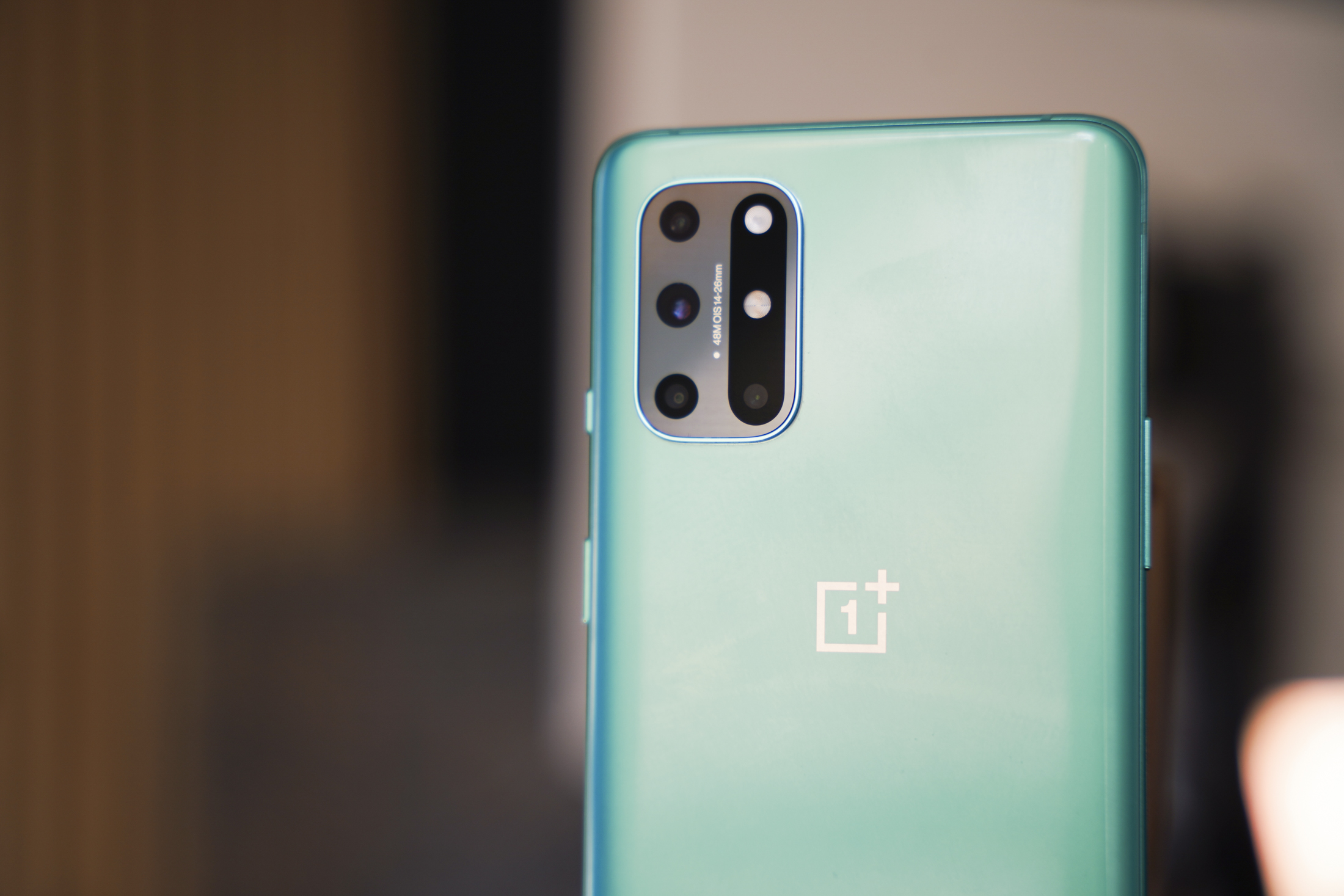 OnePlus gets some credit for trying to improve on the camera experience with the OnePlus 8T, but the minor tweaks they’ve made really aren’t that noticeable when compared to the OnePlus 8. Despite the phone’s macro camera getting a resolution bump, it’s still a throw-away camera. The 8T does get some credit for featuring a monochrome sensor that provides a slight bump in low light performance, but it still falls shy of what competing devices like the iPhone 12, Galaxy S20 FE, and Pixel 5 are able to deliver.

With the OnePlus 8 Pro, the company has proven that is can deliver a great camera experience that can go head-to-head with some of the best devices of 2020, unfortunately, the OnePlus 8T hasn’t followed in its footsteps. 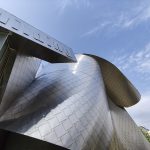 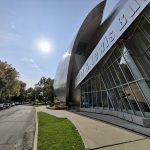 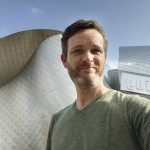 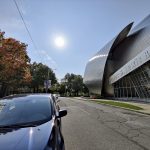 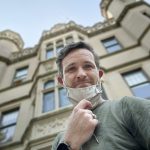 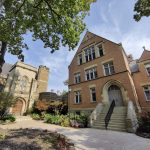 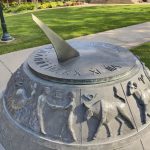 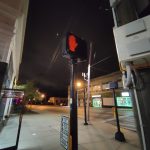 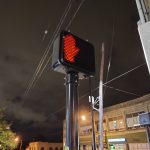 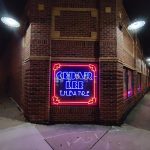 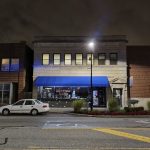 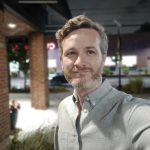 If you’re looking at the OnePlus 8T and completely ignoring the other devices on Oneplus’ lineup, the phone’s $750 price tag is quite reasonable. It’s $50 more than the Pixel 5 and if you’re of the opinion that ultimate performance is what you should truly be spending your money on, picking up the OnePlus 8T is a no-brainer. That being said, The OnePlus 8, is $50 cheaper and with sales throughout the holiday season, you’ll likely be able to save an extra $100 on top of that.

If the phone had a better camera and have wireless charging, it would then compete with the OnePlus 8 Pro, cannibalizing sales of OnePlus’ more expensive device.

Taking a look at the OnePlus 8T on its own is the best way to justify this new device. The phone is good in so many ways, but the subtle differences it offers over the OnePlus 8 aren’t really enough to call is a true upgrade. If you really want a OnePlus device with premium features, the 8 Pro is still your best option.

If you buy the OnePlus 8T you won’t be disappointed, but there are other devices that deliver a better experience for the price.