Google’s Pixel strategy this year seemed a little strange. While there’s nothing wrong with the phones, it seemed a bit odd that Google chose not to equip any of them with flagship chipsets from Qualcomm. Instead, they were launched with mid-range hardware where Google appeared to be focusing more on price and 5G rather than performance.

This isn’t necessarily a bad thing as it made the Pixel phones a bit more accessible, but in case you were looking forward to a high-end Pixel handset, you might have to wait until 2021, but the wait won’t be too long.

This is because according to a tweet by Max Weinbach, he has heard from a couple of sources that apparently Google might be launching a new Pixel phone in March 2021, and that this will be a “true” flagship Pixel device.

This is the biggest rumor I've heard in ages, and I mean this is an unsubstantiated rumor I've heard from like 2 people so absolutely don't believe it, but apparently there's a true flagship Pixel coming out in like March 2021.

Presumably this handset will use a higher-end Qualcomm chipset, but we’re not sure if Google will choose to equip it with the Snapdragon 865 or 865+, or if they might use the newer Snapdragon 875 that is expected to power the bulk of 2021’s flagship phones.

That being said, Weinbach does note that these are unsubstantiated rumors and he has expressed some skepticism about their claims, so it’s probably best to take it with a grain of salt for now until more sources can either verify or debunk these claims. 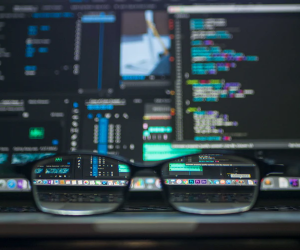 more_vertSoftware that helps manufacturers be better a

closeSoftware that helps manufacturers be better at management

A software program simplifies information structure that helps to run a manufacturing operation smoothly. Computer programs are one of the most significant assets for business’ efficiency. It manages the tasks of the entire company but depending on its size and requirement. There are wide selections of programs that can be modified to any business and …