Android Auto is Google’s attempt at trying to take over a car’s infotainment system. All our cars come with some kind of infotainment system and this usually differs from model to model, meaning that the experience will vary from car to car and this can be rather inconsistent, not to mention unfamiliar.

This is why platforms like Android Auto exist, where it tries to create a unified platform based on Android that users are familiar with in terms of features, functionality, and apps. This doesn’t mean that it is a perfect system and we’re sure that there are some users who probably wish that Android Auto is a bit more feature-rich.

As Android Auto is essentially like a more simplified version of Android, there are probably certain things that we’re sure users wish they could do with it like they do with their Android phones, but can’t.

The good news is that if you’re willing to shell out $69, you could nab yourself a device called CarDroid that essentially takes over an Android Auto (or CarPlay) head unit in a car and gives it full Android capabilities.

The best part about CarDroid is that it is compatible with pretty much every Android Auto compatible head unit out there, which means that you won’t need to spend extra money to purchase a brand new head unit and save yourself hundreds of dollars in the process, not to mention potentially save on installation costs. 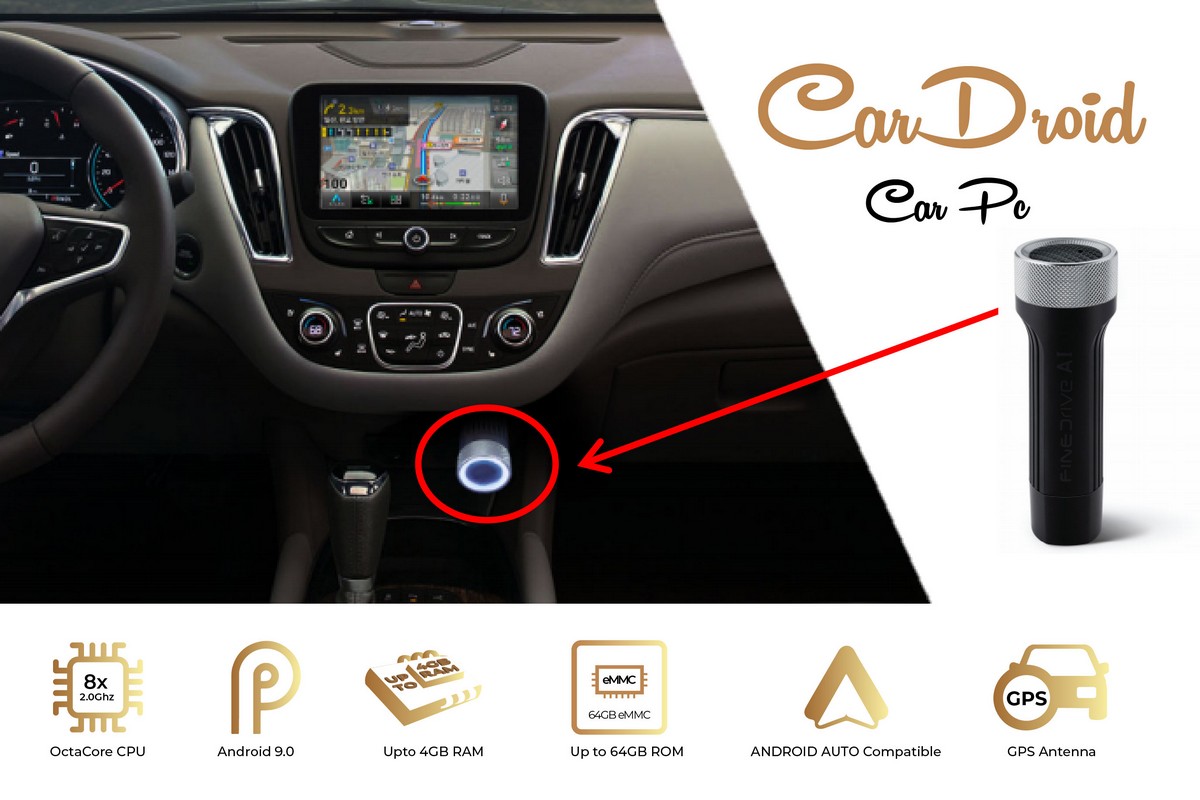 This is because CarDroid is essentially an Android device that’s been compressed and stuffed into a USB stick that plugs directly into an Android Auto head unit’s USB port, essentially turning this into a plug-and-play experience. If you want to switch back to Android Auto, once again, no removals or reinstallation is necessary as all you’ll have to do is unplug the CarDroid USB stick and you’re golden. It will also not require your phone to be tethered to it if you do not wish which basically gives it standalone capabilities.

As for the hardware itself, CarDroid comes with an octa-core A53 chipset clocked at 2.0GHz and comes with 4GB of RAM, 64GB of storage that can be expanded via microSD, and will run Android 9.0, which isn’t the latest version of Android out there at the moment, but it should be more than capable of getting the job done. 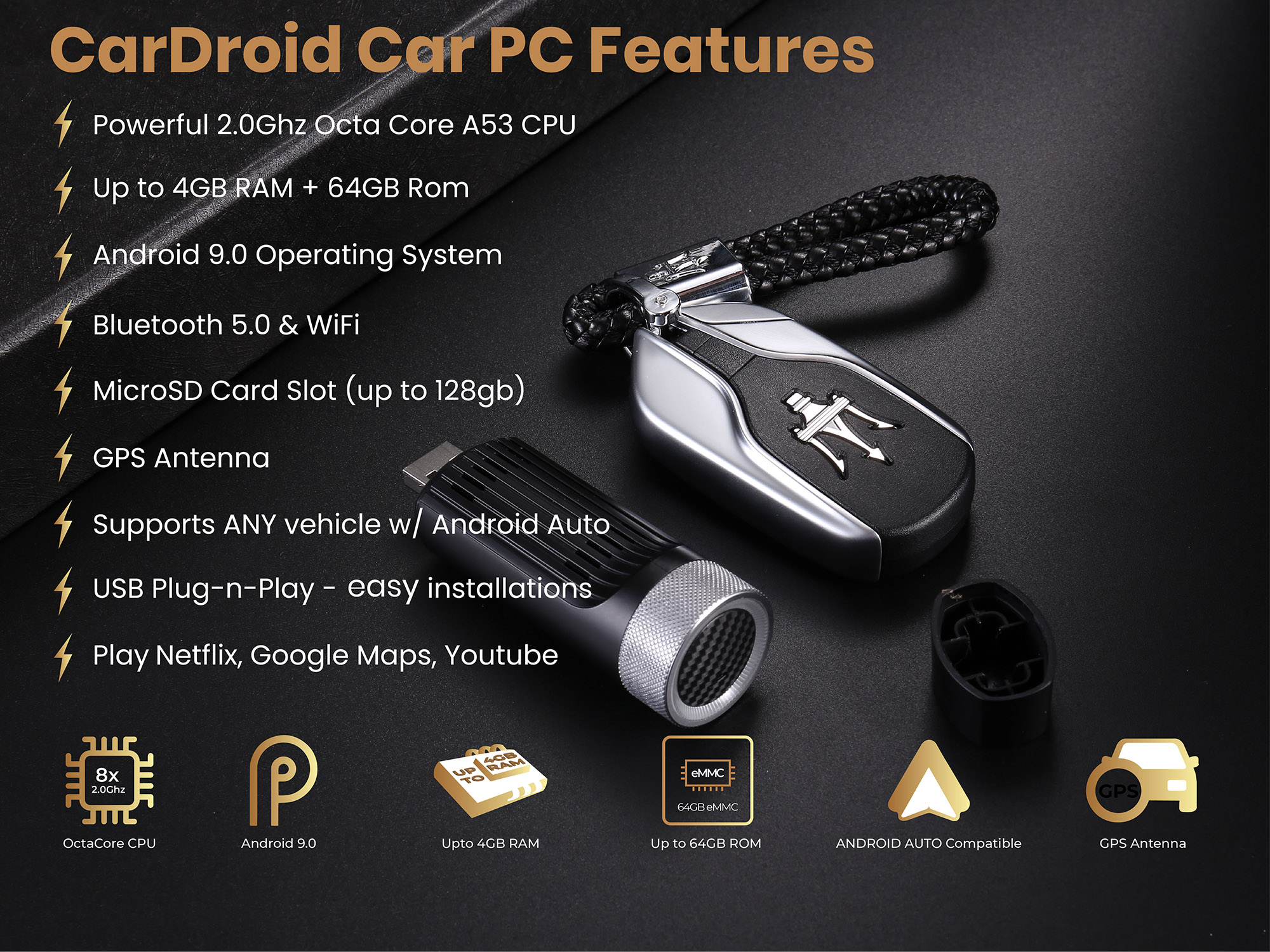 It supports WiFi and Bluetooth 5.0 and comes with a GPS antenna and given that it is basically Android at its core, it will support pretty much all Android apps including entertainment apps such as Netflix and YouTube just to name a few. It will, of course, also support navigation apps such as Google Maps, as well as social media platforms like Facebook, Twitter, Instagram, and etc.

There is also a built-in microphone in case you need it to make calls or send messages. The makers of CarDroid are also promising frequent firmware updates to ensure that you’ll have the latest features and also to deal with any bugs that may pop up.

CarDroid is currently on Indiegogo seeking funding where if you were to back the project right now, you’ll be able to grab yourself one unit at an early bird special price for as low as $69, saving you $50 off its RRP of $119, making it a lot more affordable than some of the other car entertainment systems out there that might not be quite as “smart” while offering fewer features.

The Indiegogo campaign seems to have already met its original funding goal but there is still a little under a month left before the campaign ends, so if you want to take advantage of the early bird special pricing, you’ll want to move quickly.