The OnePlus Nord is OnePlus’ attempt at trying to go back to its budget roots. Despite it not being a flagship smartphone, don’t let its mid-range specs fool you because while it might not be as powerful as the OnePlus 8 or the upcoming OnePlus 8T, the phone is still packing a ton of features that will make it a joy to use.

If you’re wondering how to get the most out of your recent purchase, then read on to find out all the cool things that you can do with your phone, some of which you might already know, and some of which might be new to you.

If there are certain apps that you access frequently, like messaging or email apps, did you know that you can actually launch it using the fingerprint scanner? This means that instead of unlocking your phone, going to the home screen, and then tapping on the app, you can just leave your finger on the scanner and it’ll pull up the shortcuts list.

To enable this feature, go to Settings > Utilities > Quick Launch, and turn it on and select the apps that you want to launch using this shortcut. This will save you time instead of having to dive into your app library. 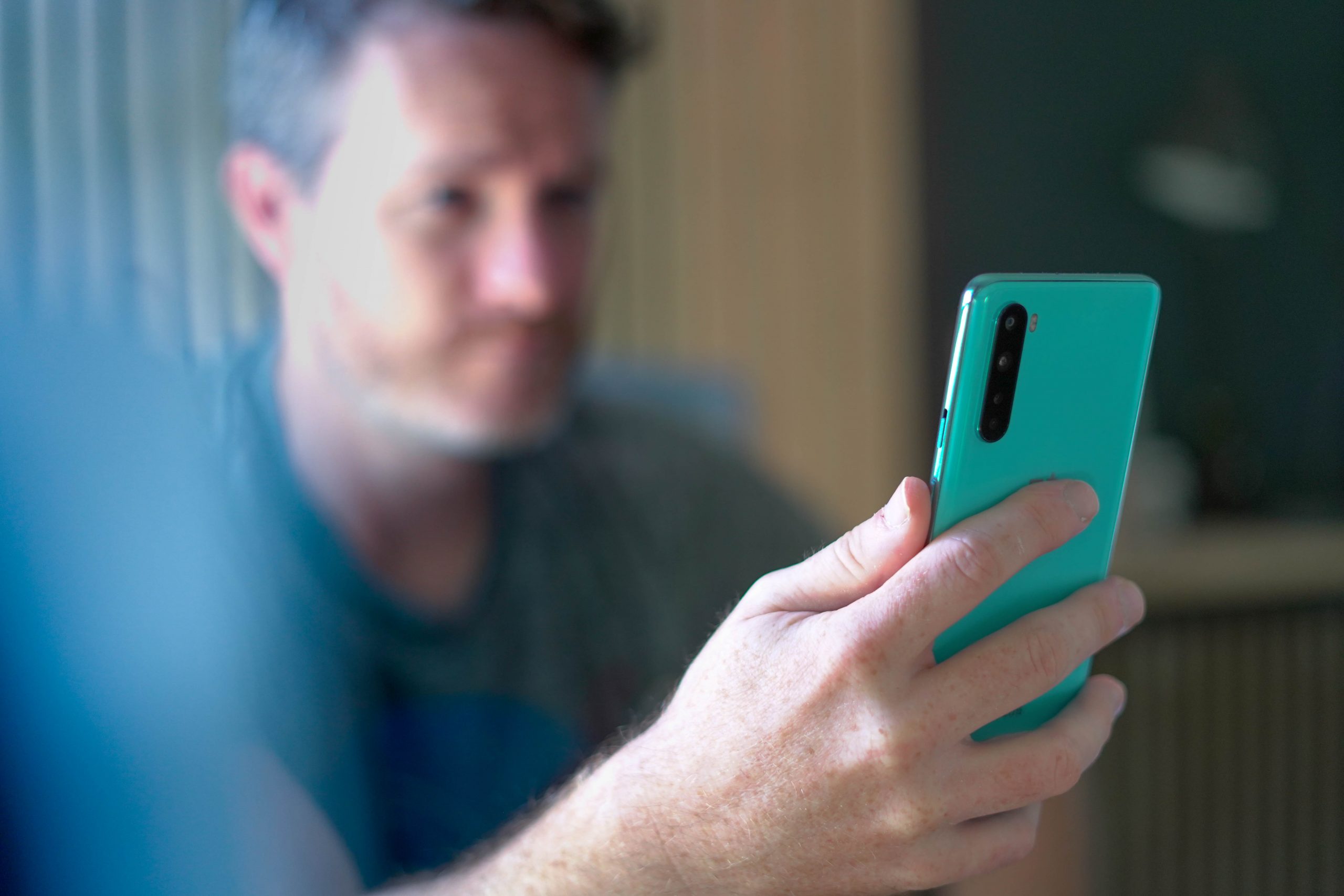 While the OnePlus Face Unlock might not be quite as sophisticated as some other smartphones, it is an alternative to using your fingerprint and can be a handy way of viewing your notifications without going to your home screen. Face Unlock can be enabled by going to Settings > Security & lock screen > Face Unlock. You can toggle off “Auto unlock once the screen is on” if you just want to check your notifications.

Stop Google Assistant from launching through the Power button

If you’re used to turning your phone off by pressing and holding on the Power button, one of the new changes now means that when you long press the Power button, Google ASsistant is launched instead. This can be a bit confusing and potentially annoying, but you can actually switch it back to the previous style.

To stop Google Assistant from launching, go to Settings > Buttons and Gestures > Press and hold the power button > select Power menu. If you want to summon Google Assistant, you can always use “OK Google” or swipe up diagonally on your screen.

While dark mode works for native OnePlus apps and the UI in general, when it comes to individual apps, it’s up to the developer to enable it. This means that more often than not, you might come across an app that doesn’t have it, but OnePlus will actually let you force dark mode on that app through an experimental feature.

You can find this by going to Settings > Utilities > OnePlus Laboratory and select “Enable dark tone in more apps”. Your mileage may vary on this as some apps might look really bad in dark mode, while some might look pretty decent, but you can play around with it and decide if this is what you want. 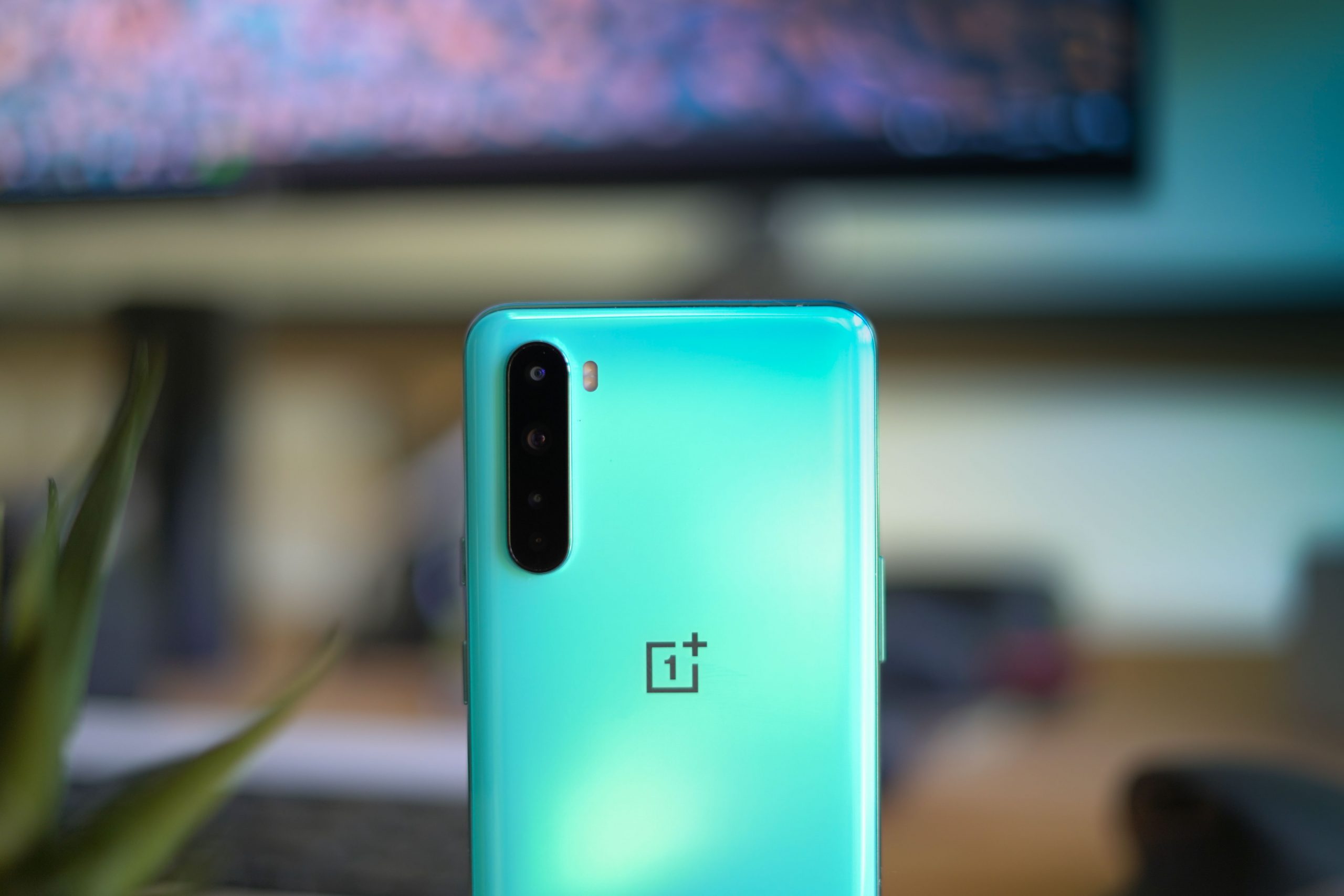 The OnePlus Nord comes equipped with a 48MP and a 12MP camera sensor, but by default, it shoots at 12MP. The good news is that you can actually change the settings so that you can take advantage of the higher megapixel count by launching the camera app, go to Photo mode, tap on the icon that says 12-MP and select 48-MP.

Do note that higher resolution photos will end up taking up more space on your smartphone, and if you’re just uploaded to social media platforms, it might be a bit overkill, but the option is there if you want to take advantage of it.

While shaky video footage might be an artistic choice for some videos, in general it just makes videos really bad to watch. Unless you own a gimbal, then you might want to consider using the OnePlus Super Steady mode to help better stabilize your video footage.

Launch the camera app, go to video mode, and tap the hand icon located at the top center portion of the screen to turn Super Steady mode on. You can tap it again to turn it off, although you might just want to leave it on as the results are actually pretty impressive. 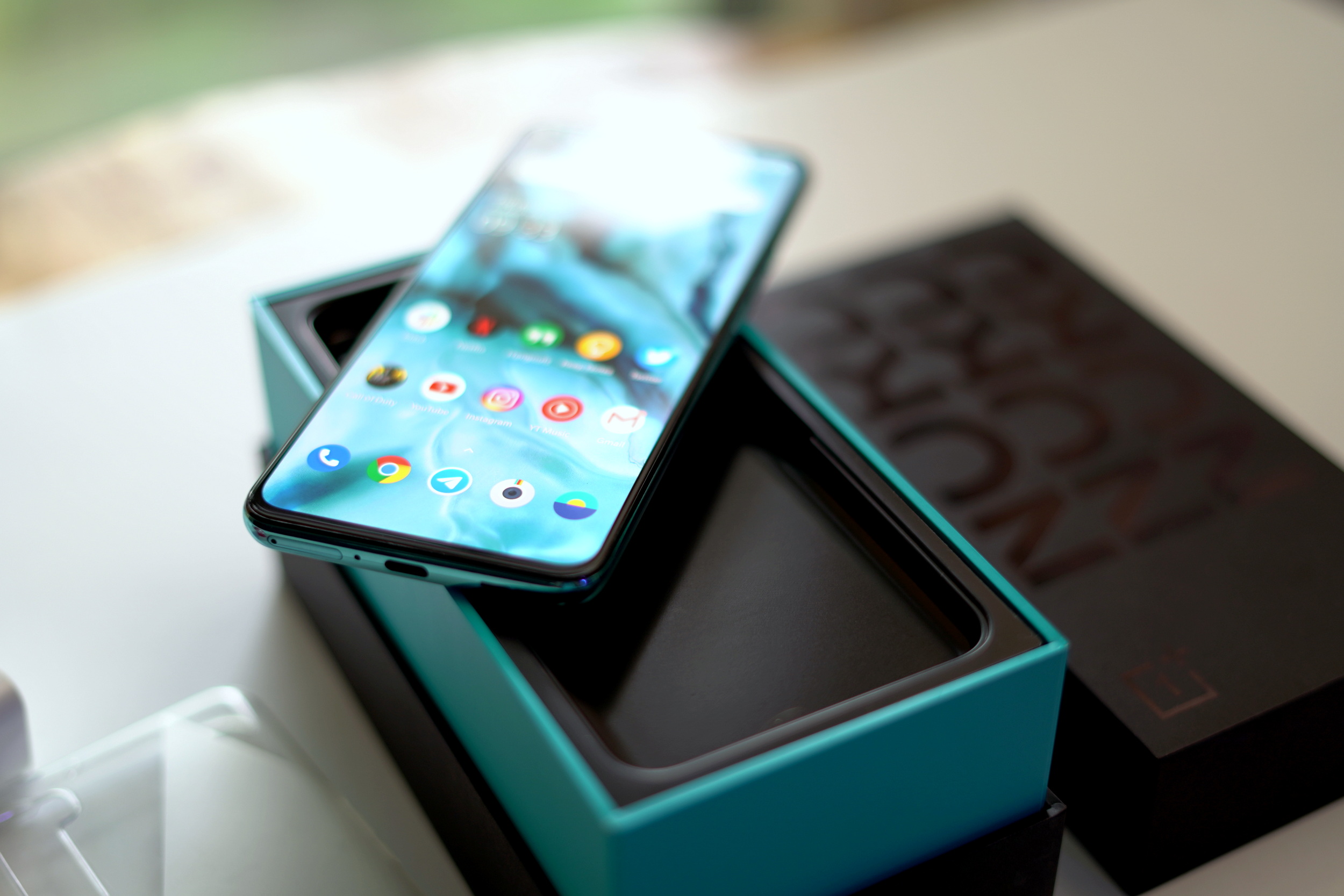 When you launch the camera app, there are various shooting modes that you can choose from. You might use some of them more than others, and if you like a neater and cleaner layout, you can actually customize which modes are displayed.

Launch the camera app, tap Settings at the top right corner of the screen, under General go to Custom modes. You can now drag and rearrange the modes as well as remove the ones that you don’t often use.

If you’re watching a video and you don’t want to disturb people around you, you can actually enable live captions. This will see the OnePlus Nord attempt to caption videos in real-time. How accurate is this feature will depend on the video and audio clarity, so your mileage may vary, but it could still be useful if you just want to get the gist of the video.

To turn on live captions, while a video is playing, just press the volume up or down button and you should see a small volume slider menu appear on the side. Right below the slider, there should be an icon that looks like a messaging icon, tap on that to turn on the live captions feature. 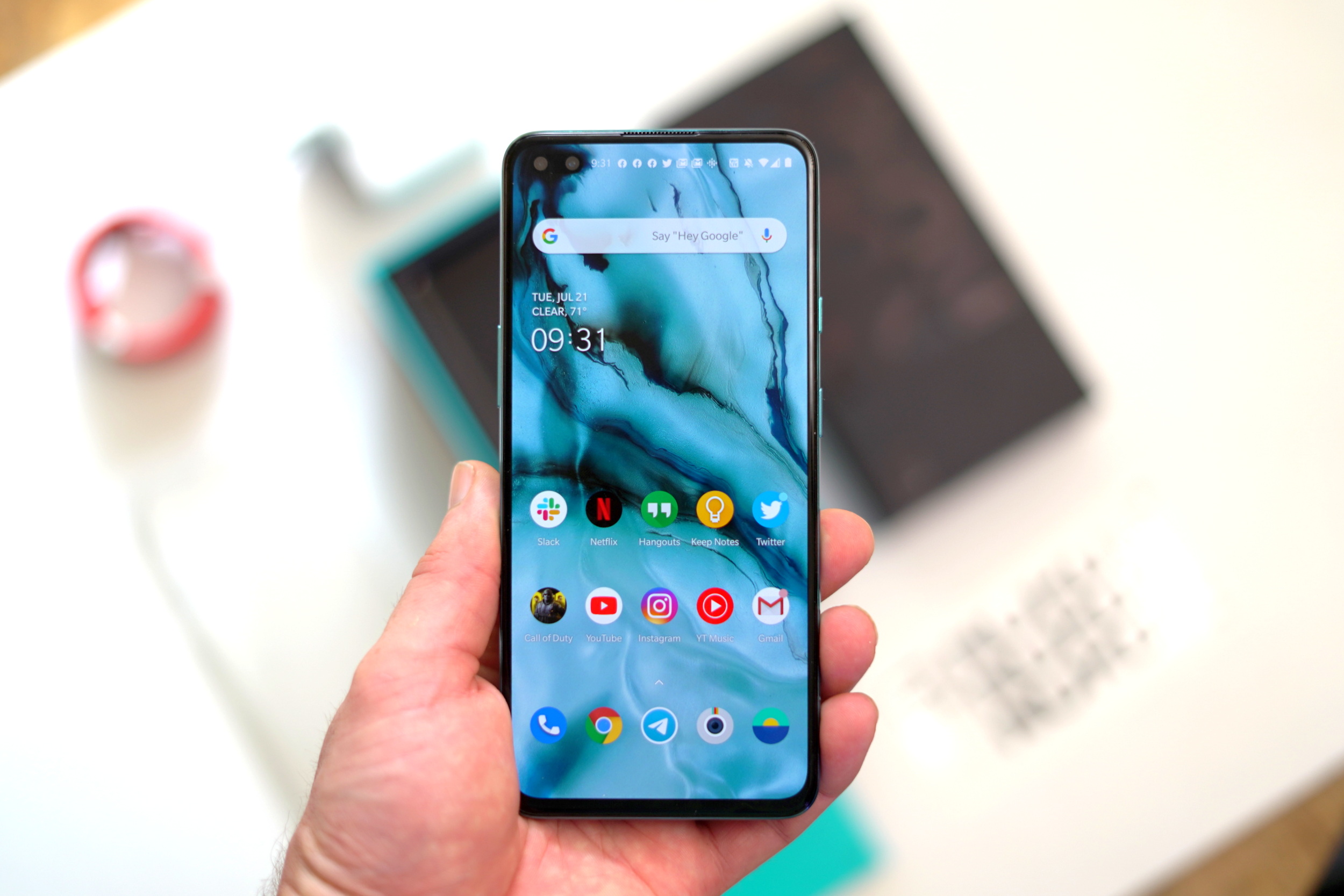 OnePlus has actually baked a call recorder into the OnePlus Nord which makes it easy for you to record calls. During a call, swipe to the left to access the second panel and you should see a call recording button. Tap on it to begin recording. You and the person on the other end will receive an audible voice prompt to let you know that the call is being recorded.

Do take note that depending on where you stay, recording a call might be illegal, so it’s best to make sure that you know the laws in your area before beginning to record. Also, at the very least you should ask the other person on the other end of the call if they consent to it before you start.

Pretty much all Android smartphones come with a navigation bar that lets users go back to the home screen, go back, or open recent apps. With the OnePlus Nord, users will also be able to customize those actions. The default actions cannot be changed, but users can choose what they want the long press action to be.

There are certain apps that you don’t necessarily have to launch, such as icon packs or digital assistants (since this can be launched using other methods). You can already sort of hide them in your app drawer, but then this can result in a very cluttered-looking app drawer that might make it harder to find the app you want.

With the OnePlus Nord, you can actually hide those apps in another section so that they won’t even show up in your app drawer. To select apps to hide, from your home screen pinch outwards to bring up the Hidden Space section, tap the + button, and then select the apps that you want to hide.

Hide and protect your files 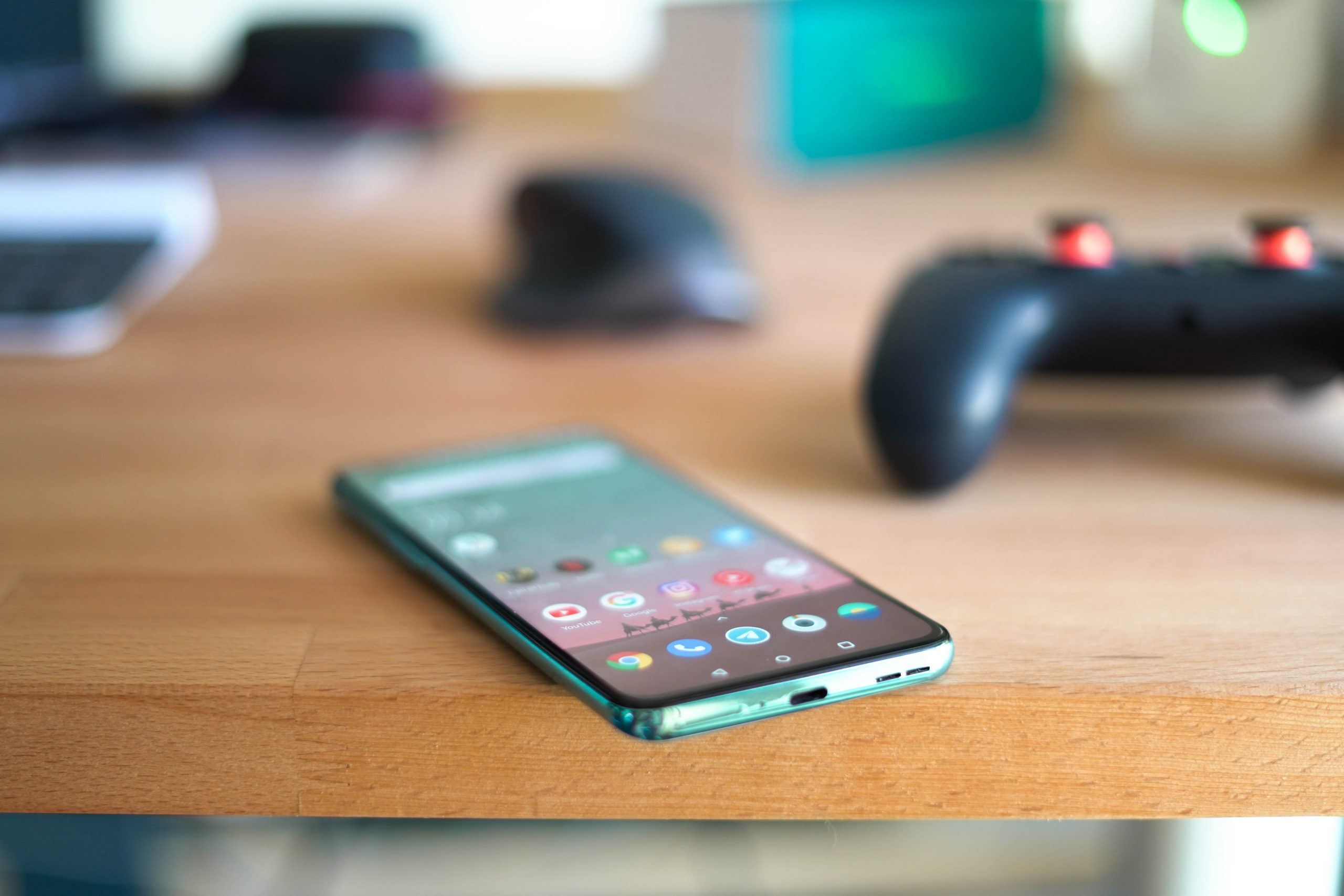 In addition to being able to hide apps, the OnePlus Nord comes with a lockbox tool that lets you hide and password protect apps that you don’t want others to see if they’re using your phone. Launch the File Manager app, scroll down and tap on Lockbox, and set a PIN if you’re setting this up for the first time.

Once you’ve setup Lockbox, go back to your File Manager and select any file(s) you want, tap the three dot icon at the top right corner of the screen, and choose Move to Lockbox.

Use Game Space for a better gaming experience

If you play a lot of games on your phone, OnePlus has a tool called Game Space. This will let gamers optimize their gaming experience on their phone, like boosting the graphics. There is even a Fnatic mode that will let you customize how you want the game experience to be, whether it be through CPU, GPU, or RAM optimization.

Answer calls on speaker while gaming

Expanding on Game Space, one of the features is the ability for users to enable speaker mode while answering calls while gaming. This means that instead of users having to stop their game, go to the phone app and tap on speaker mode, Game Space lets you answer calls in speaker mode automatically.

This can be found in the Game Space app by tapping the three dots icon at the top right corner, go to Settings and under Do Not Disturb, toggle on the “Answer calls via speaker” feature.

Sometimes you might find yourself in a place where the WiFi signal isn’t that good, and that you might be better off using mobile data, but instead of manually turning off WiFi, you can actually turn on Dual-channel download acceleration. This feature basically combines both the use of WiFi and cellular connectivity to bring you the best speeds possible.

Go to Settings > Wi-Fi & network > Dual-channel network acceleration and toggle it on. There’s an option for Intelligent network connection that will only use this feature when it detects a poor connection, but otherwise defaults to WiFi if the connection is stable.