If you’ve been watching smartphone Youtube videos for a while, you may have noticed a new trend that has surfaced over the past few years. After a decade of $600 flagship smartphones, prices started creeping up in 2017, resulting in a 50% increase by the time the Galaxy S20 hit the market in 2020.

As amazing as devices like the Galaxy S20 Ultra can be, very few people can afford or even justify spending that much money on a new smartphone. At the end of the day, we’re talking about a phone, a device to make phone calls, browse the web, connect on social media, play games, watch videos and capture photos and videos.

While cheaper smartphones can deliver a decent experience across most of those facets, you’ve often had to pick and choose which features are most important since mid-range devices have had to focus on one particular area to help keep costs down.

But the new Oneplus Nord has finally landed and may quickly change the definition of the mid-range smartphone.

With the OnePlus Nord, you get a whole lot of phone at an incredibly reasonable price that may entice you to skip a flagship smartphone in 2020. The spec sheet is fairly simple with a SD765G wrapped inside a body that looks like any other OnePlus device with a glass back, but the frame is made of plastic, your first real indication that the Nord is a mid-range device. That being said, the new $1,000 Note 20 from Samsung has a plastic back, so… I guess plastic is making a comeback in the premium segment as well.

The other clue that this isn’t a flagship smartphone is that you only get a single mono speaker at the bottom, but then OnePlus kinda forget that mid-range devices are still supposed to have a 3.5mm headphone jacks. All you get here is a USB-C port at the bottom. That omission was likely intentional to help push the new OnePlus Buds.

Like other OnePlus devices, the phone delivers decent haptic feedback, clicky metal buttons, the usual notification toggle, an in-display fingerprint sensor works like a charm and you also get face unlock if you want to use that instead.

When you turn the phone on, the phone’s 6.44 FHD+ display reminds you of why OnePlus devices are so special. Even on this mid-range phone, they’ve included a 90Hz panel which makes the UI feel much more fluid. I’ll probably be saying this more than once in this review, but this feature makes the Nord feel like it’s a much more expensive device. It’s also a flat display, so you won’t have to deal with the extra frustrations like unwanted glare and false screen taps that always accompany curved displays.

10 first things every OnePlus Nord owner should do

Visibility in direct sunlight is great and you get great viewing angles as well. It’s still a step down when compared to the panel that OnePlus is using on its flagship devices, but you’ll be hard-pressed to find a better panel at this price point.

Animations are smooth and effortless thanks to the SD 765G that’s powering the phone and the generous 8GB of RAM in the base model is a god-send for multi-taskers. And you can bump it up all the way to 12GB if you think that’s not enough.

Now, there’s been a lot of talk about the  SD765G lately, along with a slight misconception that the 700-series chipset would sit right in the middle between Qualcomm’s 600 and 800 series chipsets in terms of performance. The truth is, the SD765G offers about ⅔ the power on the CPU side and  ⅓  of the performance from its GPU. At the end of the day, it’s still mid-range tier performance.

But that’s not all bad since mid-range performance is all you really need these days to play high-end games. No, you’re not going to max out the settings on fortnight or call of duty mobile, but you’ll still get a great gaming experience. Games may load a bit slower, but once they’re up and running you shouldn’t have any issues.

On the software front, the Nord delivers Android 10 with Oxygen OS 10.5. One of the most frustrating things about mir-range devices is that updates and usually few and far between. That’ll likely be a lot different with the Nord. I’ve already received two updates on this phone and OnePlus will likely update it to Android 11 a few months before flagship Samsung phones get it.

Compared to most mid-range smartphones, the software experience here is impeccable. Besides a few pre-installed apps like Netflix and Facebook, there’s very little bloatware and the customization options allow you to make the device your own and even install and use third-party icons packs without needing to use a different launcher.

All-day battery life is perfectly achievable as well with the 4115 mAh cell. It’s not the longest-lasting mid-ranger we’ve tested, but it’ll be good enough for most with 6-8 hours of screen-on time (depending on what you’re doing).

Most days, the Nord managed to go 12 hours off the charger with at least a 25% charge left over, so you should be able to push things late into the night without having to worry. Plus you get Warp Charge for 30-watt fast charging, something that’s still rare in this segment.

Another area in which the OnePlus Nord outperforms its direct competitors is in the camera department. With a 48MP Sony IMX 586 sensor on its main camera, the Nord can capture some incredible pictures. Take a look.

It also has an 8MP ultrawide a 5MP depth sensor and 2MP macro camera. While saying the Nord has a quad-camera setup may sound impressive, those last tow cameras are practically useless since portrait shots don’t turn out as often as they should and 2MP macro images are a joke. At least the main camera makes up for this and the 4k video capture is decent as well. It also has a unique dual selfie cam setup with standard and ultrawide lenses. I have to say, I’ve really missed the ultrawide for selfies since google dropped it after the Pixel 3. 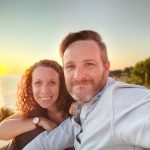 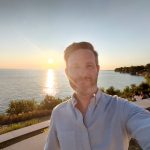 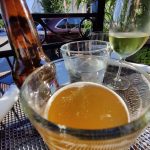 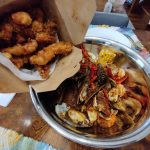 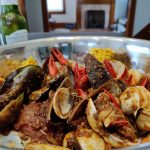 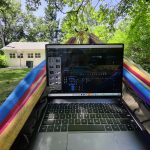 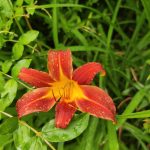 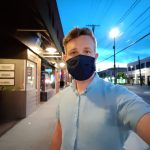 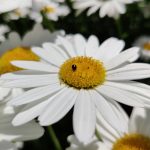 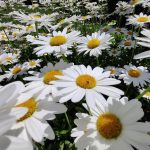 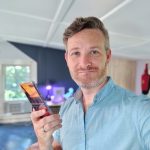 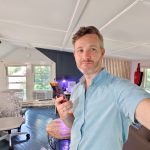 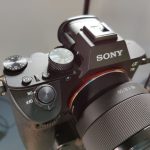 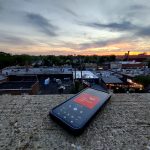 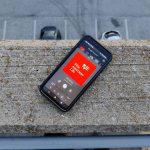 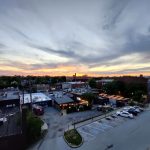 The first weeks I used this phone I was ready to crown the Nord as the mid-range smartphone camera king, but now that I’ve been playing with the Pixel 4a, I’d say the Nord take the number two spot. Its versatility is still better due to the ultrawide cameras, but it can’t quite keep up with the new mid-range pixel when it comes to overall image quality.

At the end of the day, the OnePlus Nord is one of the best mid-range smartphones we’ve tested in years, offering the perfect balance of performance, battery life, camera quality and price which make it a much better option than what the competition is currently offering, making the mid-range segment a lot more exciting than it’s been in the past.

400 Euro is still a lot of money for many, but it’s less than half of what most flagship devices are going for. Sure sacrificed were made and a few of the features you typically get on Oneplus devices were omitted, but the phone’s incredibly low price point more than makes up for any of the phone’s shortcomings, making the OnePlus Nord the must-buy mid-range smartphone of 2020.

The OnePlus Nord is the best well-rounded, midrange Android smartphone of 2020. It delivers on performance while also including an incredible display and cameras that outperform nearly all devices in the category.