If you haven’t heard, the Pixel 4a is a big deal.  I’m gonna be honest, after waiting this long to get my hands on this phone, I was really not looking forward to it. I really liked last year’s Pixel 3a, but the flagship Pixel 4 has been a huge disappointment for Google, so much so that they discontinued the phone less than a year after it was launched. So how good could a cheaper Pixel 4 actually be?

As it turns out… really good.

Now I’m not here to tell you that the Pixel 4a is going to compete with the Galaxy Note Ultras or OnePlus 8 Pros of the world. Its mid-range spec sheet and 60Hz FHD+ display world make most smartphone fanboys cringe, but that’s not going to stop me from making the $350 Pixel 4a one of my top picks of 2020.

As mentioned already, the Pixel 4a is a mid-range device. That being said, it substantially different than other devices in the category. Rather than trying to impress you with a fancy design with glass on the back or glossy plastic that looks like glass, the 4a has a simple unibody polycarbonate design. In fact, the Google design team even incorporated the rear-mounted fingerprint sensor into the body to help cut down on components and manufacturing costs.

If you’re thinking this “just black” finish isn’t quite your style, you’re out of luck since it’s the only color option being offered. 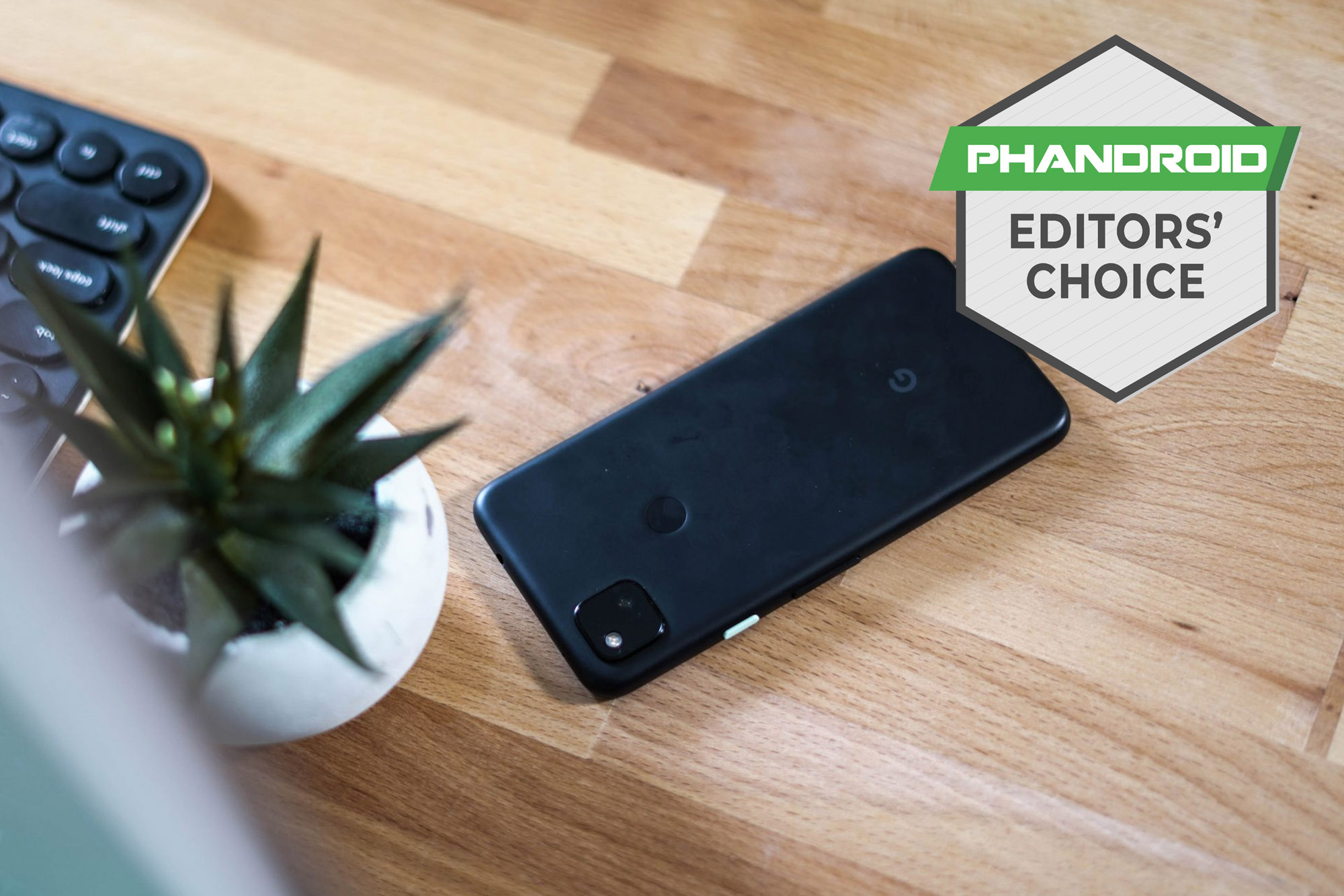 Overall, the design of the phone gets a solid D, but the polycarbonate finish makes the phone surprisingly light and at least the buttons have a nice solid click to them. It’s been a while since I’ve used a phone with such a satisfying click.

One thing Google didn’t skimp on is the audio. I was surprised to find out that you get stereo speakers that deliver exceptional audio in addition to the 3.5mm headphone jack. Most mid-range phones, including the new OnePlus Nord, typically go with a single speaker, so it’s nice to have two on the 4a.

The Motion Sense gestures, squeeze functionality, and face unlock features found on the Pixel 4 have been dropped to save on cost. Motion Sense never really worked that well, but squeezing the phone to pull up the google assistant was always convenient. Google could have also implemented a less recur face unlock with the single camera, but the rear-mounted fingerprint sensor gets the job done and is honestly more reliable than all the in-display fingerprint sensors that have become more of the norm as of late. 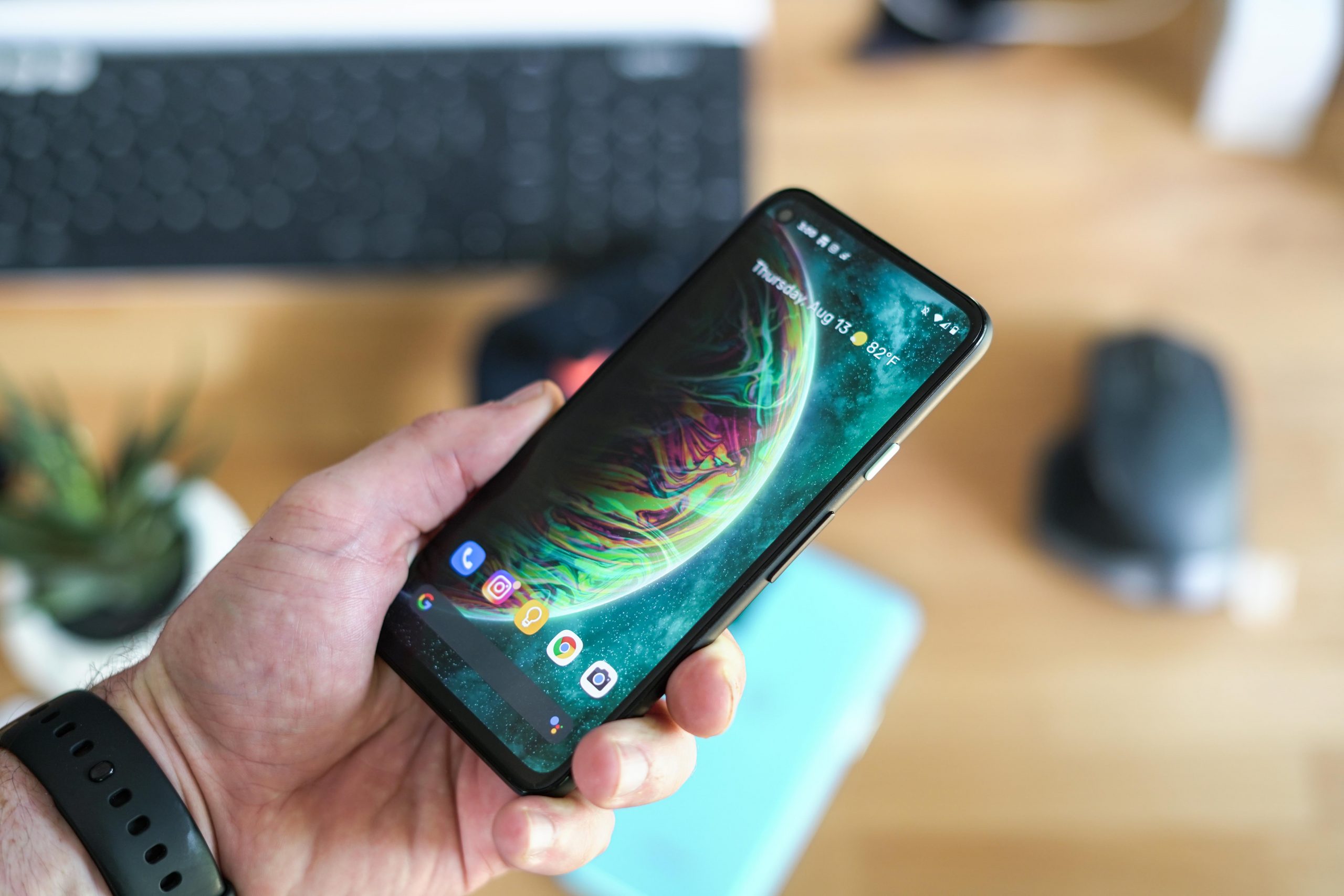 It’s shouldn’t be a surprise that the display on the Pixel 4a isn’t amazing. The 1080 x 2340, 5.8-inch OLED panel isn’t bad, but it’s not on the same level as what you’d get from the OnePlus Nord with its 90Hz refresh rate. That being said, the cutout for the front-facing camera allows for a 83.3% screen-to-body ratio which is much higher than what Google has delivered in the past.

Viewing angles are decent and the screen gets bright enough so that you don’t have to strain to see it in direct sunlight. 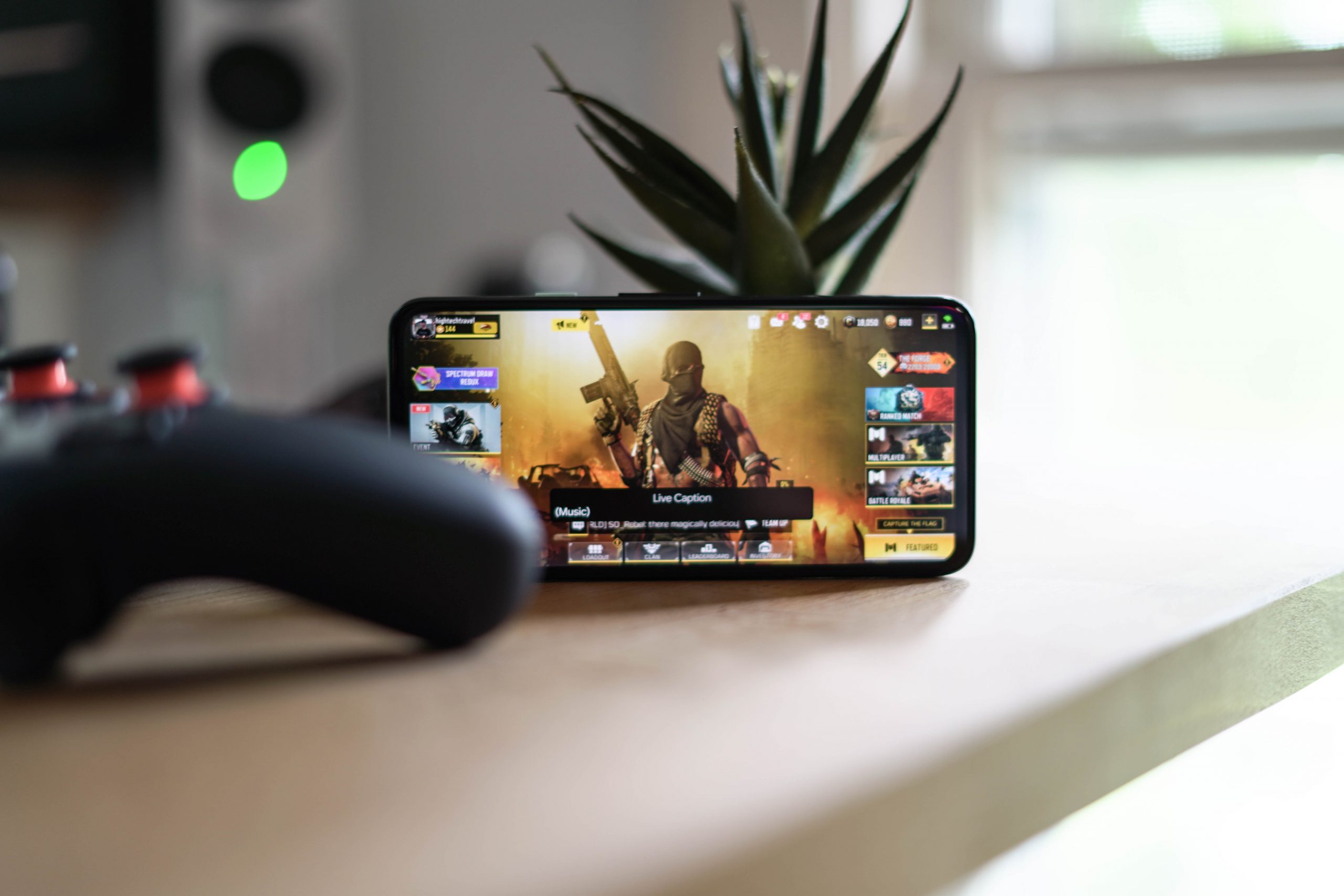 Of course, the $350 price tag of the phone dictates that it’s not going to have a top-tier processor or even the mid-range SD765G which comes with 5G support. Google used the next best thing, the SD730G paired with 6GB of RAM.

If you’re into mobile gaming and want to play Fortnite or PUBG, this isn’t the phone for you. The Pixel 4a can definitely play those titles, but you’ll have to tweak the graphics settings in order to do so. Most other casual games work just fine and we even tested Stadia without any issues.

When it comes to multi-tasking, 6GB is quite commendable for a device in this category. It’s not going to keep up with the 8GB or 12GB you can get on the Nord, but it’s just enough to make sure the phone isn’t constantly dumping apps from memory as soon as you open a new one. 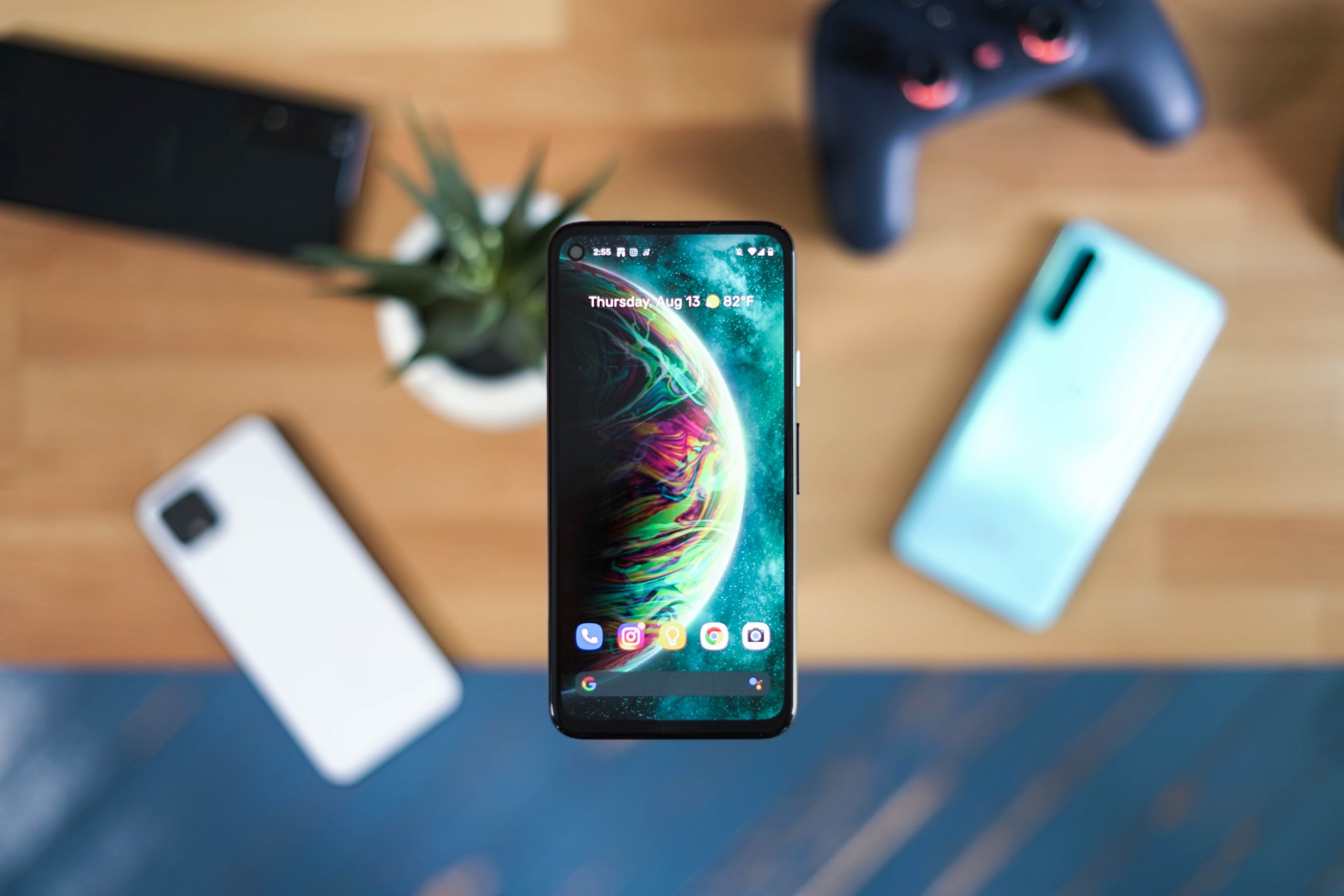 While Google doesn’t have a reputation for putting together a smartphone with best-in-class specs, its phones have always had great software and the Pixel 4a is no exception. All the software features backed into the Pixel 4 have been carried over to the 4a.

This includes Google’s amazing voice recorder app with live transcription, call screening which is always fun when you know you have spam call coming in and live caption (show video) which works with pretty much every app and now has been live caption which now also works for voice and video calls.

Google’s take on Android is very minimalistic when compared to the skins other OEMs use. If you love what Samsung and Huawei do with Android, the Pixel experience may feel a bit boring, but if you’re not looking for all the bells and whistles, I’d say it’s a breath of fresh air. Google still has the same customization options that it introduced last year on the Pixel 4, but there’s always third-party launchers if you feel constrained. 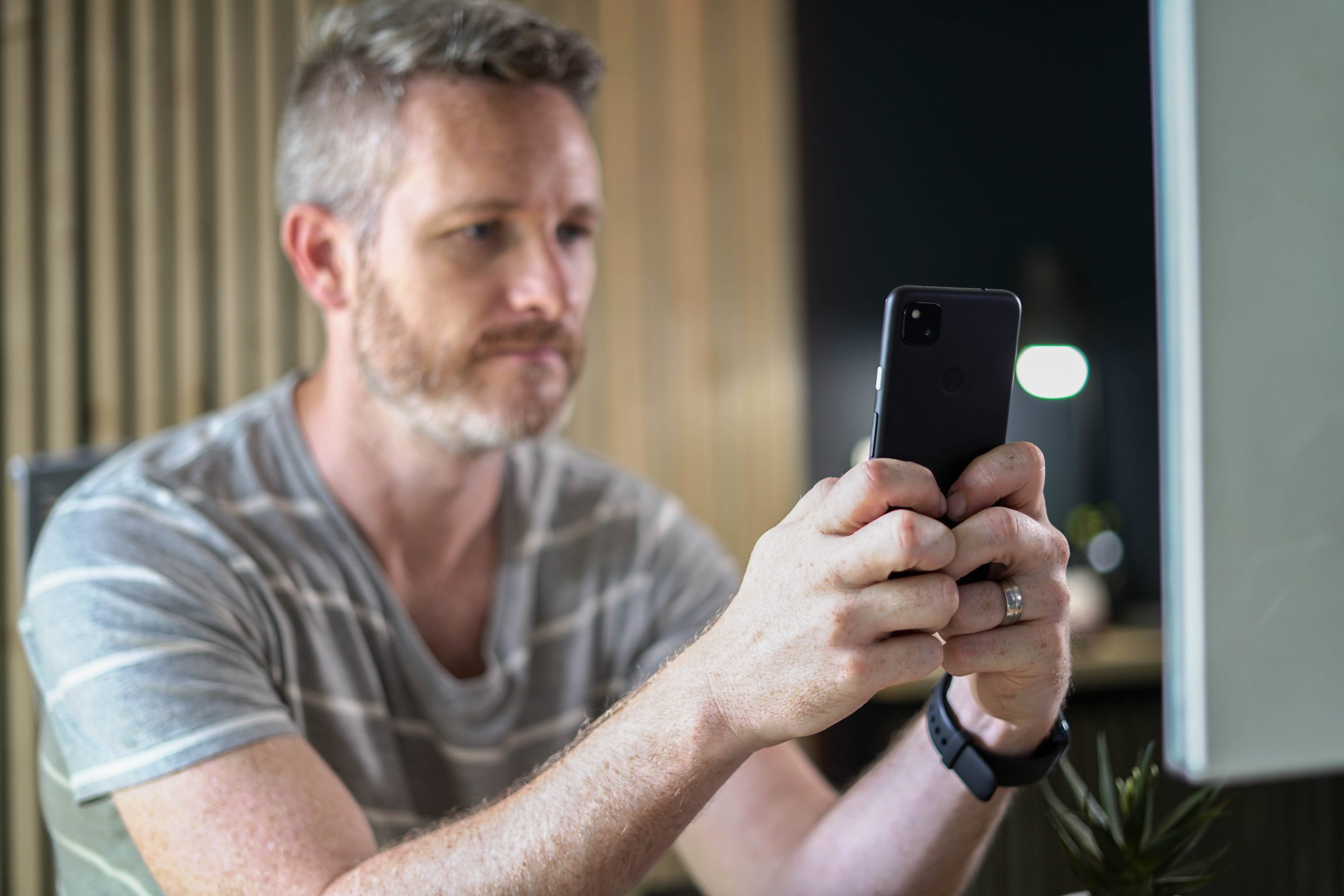 When learning that the Pixel 4a only had a 3140 mAh battery, I thought we’d be looking at a repeat of the Pixel 4’s notoriously bad battery life. To my surprise, that wasn’t the case. There’s no denying the fact that this is a small battery since we’re used to seeing cells that are 25 to even 50% larger in meringue phones, but somehow the Pixel 4a manages to get a full day and then some on a single charge. You’ll easily be able to make it 12-14 hours with more than 6 hours of screen on time and still have a 15% charge at the end of the day.

I’m still of the opinion that 18-watt charging shouldn’t be labeled as fast charging, but since the battery here is so small, you’ll be able to top off the Pixel 4a from zero to 50 percent in a little over 20 minutes or all the way to 100 in about an hour. 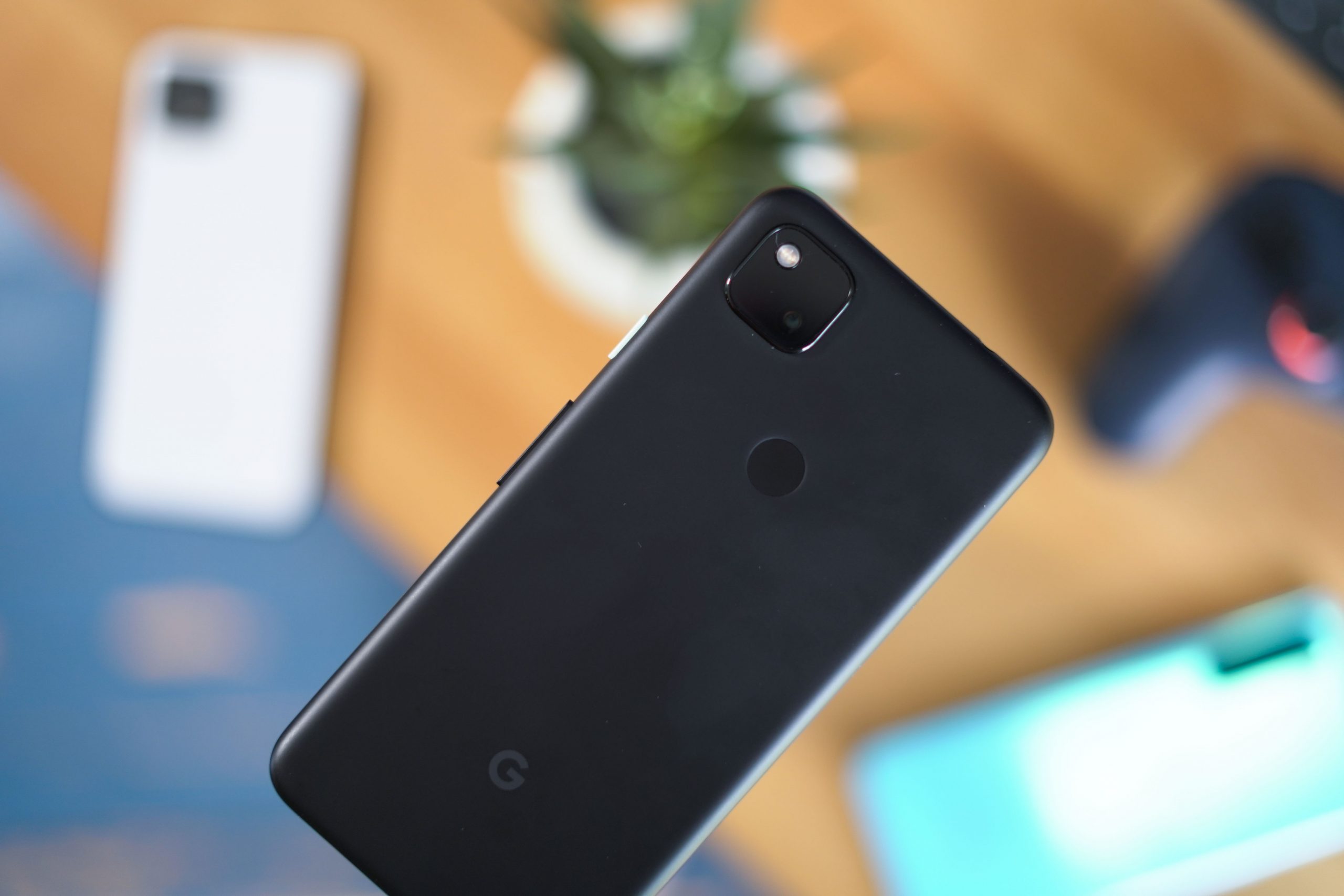 We’ve seen a lot of mid-range phones this year that claim they can compete with flagship tier devices. The OnePlus Nord and its quad cameras offers an incredibly versatile camera experience, but if all you want is to be able to capture the perfect shot in every lighting condition imaginable, the Pixel 4a is the undisputed winner.

The phone only has a single 12.2MP camera on the back, but it’s the same one Google used on the Pixel 4. But the real magic is in the incredible computational photograph that Google’s been refining for years, allowing the off-the-shelf sensor to deliver stunning images.

It honestly doesn’t matter how the scene is lit, the Pixel 4a will outperform the OnePlus Nord and a handful of flagship smartphones when capturing still images. It blows my mind that this phone, which only costs $350, can go head-to-head with the Galaxy S20+.

The same goes for the selfie camera and portrait shots. Even though the phone only has one camera on the back and upfront, Google’s software outlines the subject from the background much better than devices that use depth or even ToF sensors.

Google’s Night Sight mode allows you to capture images in near darkness, even with the selfie camera and if you even though it would be cool to capture photos of the starts, the astrophotography setting will kick in if you keep the phone still enough, delivering some truly stunning shots that typically require an expensive DSLR and a tripod to capture.

The downside here is that you only get two cameras on this phone, one on the back and one on the front. There are no ultrawide, macro, or zoom cameras to speak of. That shouldn’t be an issue for most people, but if you’re a frequent ultrawide camera user like me, it will be hard to give that up.

Google’s also never been great at video capture from its phones. You get 4K video from the main camera and 1080 out of the selfie camera. Thanks to the main camera OIS, the video will be a lot more steady than what you get from other mid-range devices since most skip OIS to save money, but the overall quality of the video isn’t spectacular. 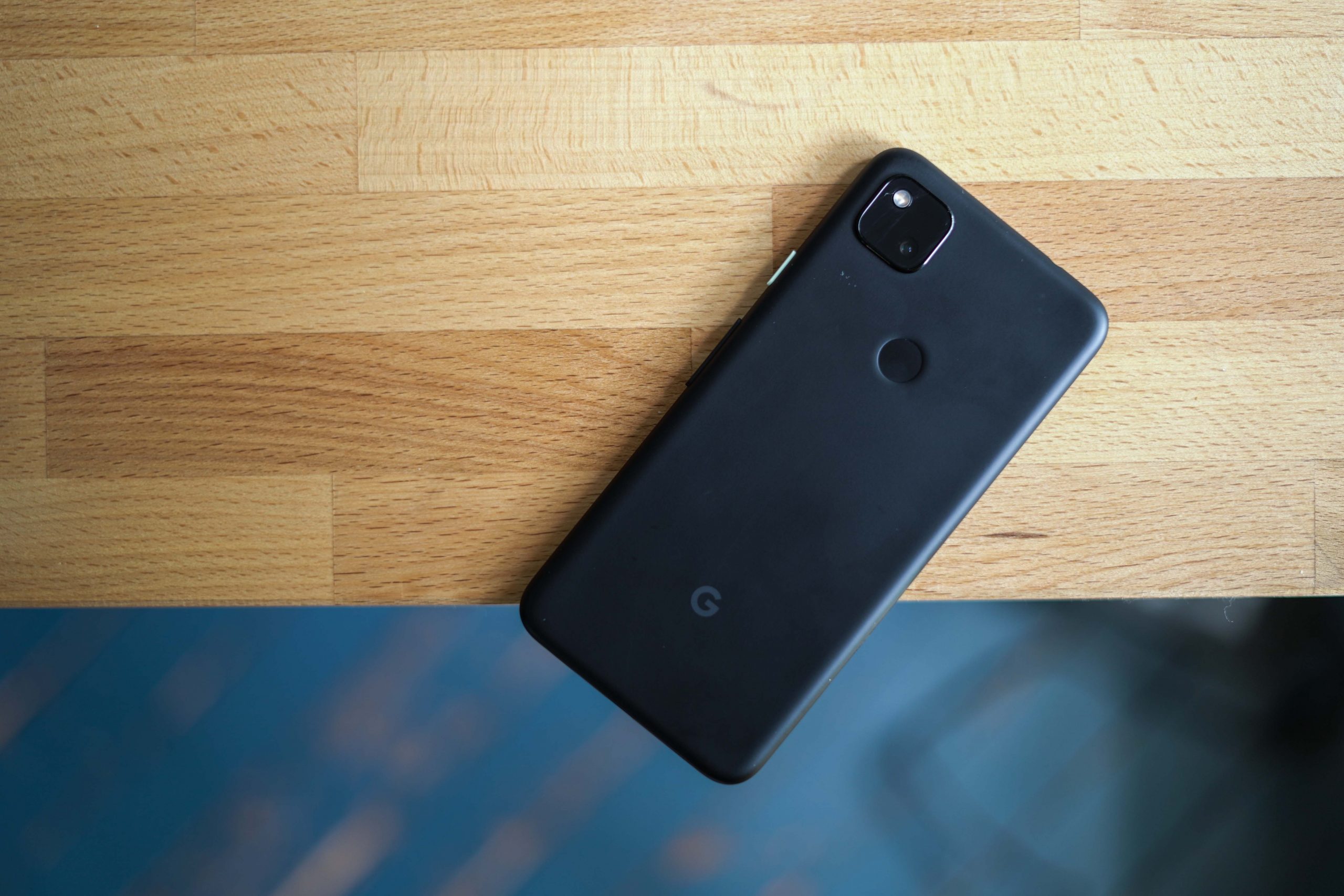 As exciting as flagship smartphones are these days, mid-range devices like the OnePlus Nord and the Pixel 4a are somehow managing to steal away a bit of mindshare in 2020. The OnePlus Nord is a better overall smartphone when compared to the Pixel 4a, but it’s also more expensive.

If all you want is a no-frills smartphone that can take better pictures than your friend’s $1,000 iPhone, the Pixel 4a will do the trick. You simply can’t find a better smartphone camera in this category and the phone’s $350 sticker price makes it that much more appealing.

The Pixel 4a is a phenomenal smartphone for those looking for an upgrade that doesn’t break the bank. Its single rear camera can outshoot most flagship smartphones and three years of software updates will allow the Pixel 4a to outlast any other smartphone in the mid-range category.