There are mobile games that are designed to be played quickly and without too much dedication of your time, but there are also extremely immersive mobile games that will take up as much of your time as a console or PC game. If you’re looking for something with a bit more complexity and depth to it, then perhaps these are some role-playing games that could be worth taking a look at.

Released back in 2016, Stardew Valley has been an indie success and continues to be beloved by many gamers today. It tasks players to build a farm for themselves where they can raise a variety of animals and grow all kinds of crops. They can make friends, get married, and even have kids.

One of the draws of the game is its 8-bit graphics which are extremely cute. While the premise is simple, it can get pretty complicated really fast. This is because you have only so much time in a day to get all your work done, plus there are recipes within recipes that will let you create the farm of your dreams.

Players will meet a variety of characters along the way in which they will form a party to do battle in dungeons and monsters they come across. The makeup of your party is up to you depending on the battle at hand and each character comes with their own unique skill that will help turn the tides during a fight.

Baldur’s Gate is a name that is probably familiar amongst gamers. It was released more than a decade ago and was one of the more defining RPGs of its time built upon the Forgotten Realms universe. The Enhanced Edition is more or less the same game but comes with slightly upgraded graphics and also throws in additional content to keep things fresh for players who might have played through the original.

It will feature 10 chapters, the first of which will be free to play, and after that gamers will have the option of purchasing the rest of the chapters individually if they decide they want to complete the game.

While Nintendo has ported several of its franchises onto mobile, The Legend of Zelda is one that has yet to make the cut, but if you are looking for a Zelda-like game for your smartphone, Oceanhorn comes close. Some have drawn similarities between the game, but that’s where it pretty much ends, but not necessarily in a bad way.

The game has been highly praised for its lush graphics, gameplay, and music, with some reviews saying that while they expected a Zelda ripoff, they were pleasantly surprised to find that it can more than hold its own.

The World Ends with You

When it comes to RPGs, Square Enix does a pretty fantastic job, and The World Ends with You is probably one of the more well-known titles outside of the Final Fantasy franchise. Players will play as characters who have psychic superpowers. The mobile version of the game has been updated with slightly newer graphics and also a new combat system, and how could we forget the pretty awesome soundtrack of the game?

If you’re shopping for a Diablo-like game with hack-and-slash mechanics, then the Dungeon Hunter series is one that you might have heard of. Dungeon Hunter 5 is the latest installment in the series and features a brand new storyline and solo gameplay, but for gamers who want to play with others, Dungeon Hunter 5 will more than happy to oblige where players will be able to fight through dungeons with up to 3 other players.

Adding to yet another title from Square Enix, Chrono Trigger is also one of the company’s more successful RPG franchises outside of Final Fantasy. What sets Chrono Trigger apart from some RPGs is that a lot of the fights take place in the same area where players are playing, instead of being teleported to a different area.

It also features aspects like time travel where players can travel back in time to complete additional quests, find new allies, and the ending is also not set. There are several different endings to the game that can occur depending on some of the choices players made during the course of the game.

A lot of RPGs tend to have only one way that the game ends. There is absolutely nothing wrong with this, but if you prefer having a bit more control over how a game ends based on your actions throughout the game, The Banner Saga could be the game for you. The game features an interactive story that can change based on your decisions made during the game.

This means that you could replay the game a few times and each time it will be different. It will also not focus on a single hero of the game, but rather it will tell the story of the player’s entire party or caravan as a whole.

For fans of Minecraft which combines building elements and a bit of role playing, then Portal Knights could be the game for you. The game seems to draw inspiration from a number of sources like JRPGs and Minecraft where players can embark on an adventure and fight monsters, and at the same time they can also build up their own island and base. There is support for both single and multiplayer if you’d rather not play alone. 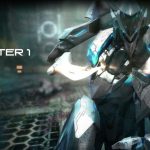 New Android games to check out this week (MAR 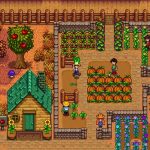 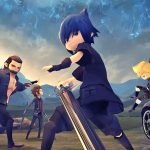