Huawei skirts around US ban with P30 Pro “New Edition”

As many of you know, Huawei is currently in a legal battle with the United States government, where they have been placed on the country’s Entity List. This effectively prevents them from doing business with US companies (and vice versa) such as Google. This has resulted in phones like the Huawei Mate 30 series and P40 series from coming with Google’s apps and services preinstalled.

While Huawei seems to be putting on a brave front by creating alternatives to Google’s services, it seems that the company is silently acknowledging that customers want Google’s services on their Android phones, so much so that Huawei could be looking to rehash a phone from the past in the form of the Huawei P30 Pro “New Edition” which was spotted on the company’s German website.

Given that Huawei had previously launched the P30 Lite “New Edition”, presumably this will be a rehashed version of the P30 Pro with Google’s services on board. For those unfamiliar, being on the Entity List prevents Huawei and Google from doing business with each other, but it does not retroactively apply that to previously-released products, like the P30 series.

This means Huawei can legally continue to push out handsets like the P30 Pro, with some upgraded internals, while continuing to use Google’s software and services. With the P30 Lite “New Edition”, Huawei bumped up the RAM and offered more storage, so it’s probably a safe bet that they might do the same with the P30 Pro “New Edition”.

The company has yet to officially announce anything so take it with a grain of salt for now, although if you’re living in the US, you probably shouldn’t hold your breath to see the phone arrive in the stores.

Huawei’s having a terrible time in Western 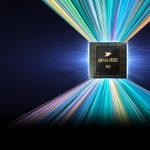 more_vertThis deal for the Samsung Galaxy S20 5G is to

Anker has announced more Black Friday deals, so if you’re looking to grab yourself a new power bank, home security cameras, a robot vacuum cleaner, and more, then check them out.

closeBest smartwatches and fitness trackers to buy in 2020