Following today’s leak which revealed new details regarding the cameras on the OnePlus 8 and OnePlus 8 Pro, another leak has come to light, giving us the prices for the new phones. Based on the rumored specs, we were expecting the prices of the new devices to get a bit of a bump when compared to last year’s devices, but it looks like the company’s pricing is inching close and closer to what Samsung and other Android manufacturers are charging for their flagship devices these days.

Why such a huge increase in price?

OnePlus hasn’t officially unveiled the prices for its new phones, but the company isn’t quite ready to talk about this new leak. If the leak turns out to be true, OnePlus is stepping into Samsung territory with its pricing. While its cheapest model comes in lower than any of Samsung’s new phones, the 12GB variant of the OnePlus 8 will sit just €70 lower than the 4G variant of the Galaxy S20 and the most expensive OnePlus 8 Pro will be €70 cheaper than the Galaxy S20+ with 5G.

Base on Samsung European pricing, 5G connectivity seems to add €100 to the price tag of a phone (most of which is likely pure profit). But the other new features OnePlus is adding like wireless charging and on official water resistance rating will only be coming to the premium 8 Pro variant.

What will a OnePlus 8 cost in the US?

Simply converting the European pricing of the OnePlus 8 and 8 Pro from Europ to Dollars will give us a rough estimate as to what the company will charge for the phones in the US. That being said, OnePlus tends to price its phones cheaper on this side of the Atlantic. Based on the numbers, we expect the OnePlus 8 will sell for $699 while the OnePlus 8 Pro will start at $899 and a final sticker price of $999 for the most expensive 12GB model.

The OnePlus 8 phones will be cheaper than the competition, but it looks like pricing will no longer be as big of an advantage as it used to be. 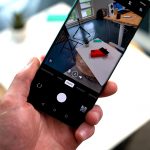