Pioneer has been building quality Android Auto head units for a few years now, but this year it finally upgraded its models to feature 720p displays, a massive upgrade from the traditional 480 resolution that the aftermarket automotive players have been using for a very long time.

The star of the show is the DMH-WT8600NEX, a single-din receiver with a gorgeous 10.1-inch floating panel (1280×720) with an adjustable mount that allows for a perfect fit in most vehicles. Those looking for something a little smaller will have the option of going with the DMH-WT7600NEX which has a 9-inch panel. Both support wired and wireless Android Auto and Car Play, but the biggest upgrade when it comes to software support is a complete revamp the Pioneer’s stock software which now comes with Alexa integration.

With Alexa built-in, users can control their music, find answers to questions, interact with their smart home features, set reminders or alarms and even order products from Amazon with simple voice commands. As for the UI, Pioneer is not giving users a dashboard home screen which shows the time, weather, news and sports scored with quick access shortcuts of features that were previously hidden one of two levels down in the menu. 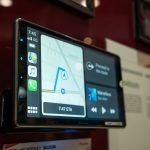 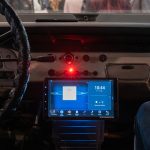 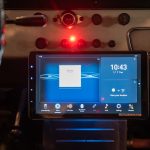 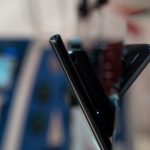 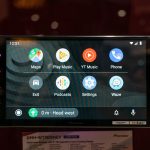 When using Android Auto, the experience is identical so what you can get from any other Android Auto device. The main attraction, of course, is Google Maps navigation and Google Assistant support. The units we tested were not sporting their final software build since the devices are not expected to come to market until sometime in Q2. As such, the user interface was a tad slow and the touch mapping was a bit off, but we expect those issues to be resolved soon.

WhatsApp, the most popular messaging app on the planet, is finally getting a Dark Mode setting! While we’ve seen the same feature roll out to thousands of popular Android apps over the years, WhatsApp is finally jumping on board after Google’s full embrace of Dark Mode with the release of Android Q last fall. We …

closeMotorola Razr’s display might come with “bumps and lumps”, but that’s OK

Ahead of the Motorola Razr’s release, the company has published a series of videos reassuring users that any imperfections they see in the display are apparently normal.