Pixelbook Go is available for pre-order now starting at $649

The Pixelbook Go got a fairly quick mention on stage today, but it is a significant shift for Google’s Chrome OS hardware team that is used to producing the highest-end devices in the Chromebook market. The Pixelbook Go gets a much more palatable $649 starting point in either Just Black or Not Pink and is available for pre-order on the Google Store now.

The overall design has definitely taken a turn as well with a 13.1-inch 16:9 screen, as opposed to the familiar 3:2 of previous Pixelbooks (perhaps as a nod to future Stadia users) and the new rippled bottom of the laptop is a unique touch that definitely makes it stand out from the Chromebook crowd. While the Pixelbook Go still offers a touchscreen, it doesn’t fold over like previous Pixelbooks and naturally doesn’t detach like the Pixel Slate. I find the inability to fold it over unfortunate, particularly given the media potential and the aforementioned Stadia use.

The Pixelbook Go has a 1080p 60fps “Duo camera” for all of your Google Duo chatting needs and stereo speakers in the keyboard. Battery life is a slight improvement from the Pixelbook with a stated 12 hours on a charge. For those that hate noisy keyboards, the Pixelbook Go could be extra appealing thanks to its “Ultra-quiet Hush Keys.” 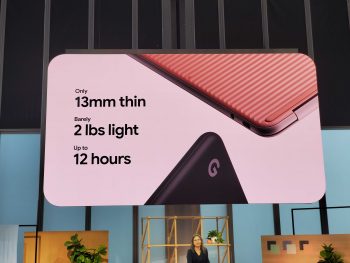 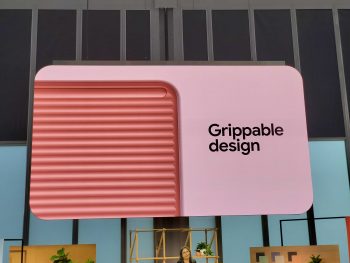 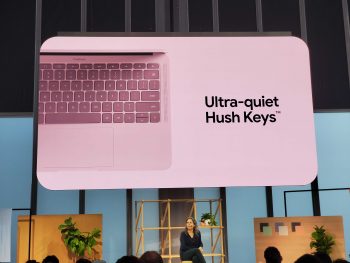 I have a feeling the $899 model is the sweet spot, but as most users are likely to gravitate to the least expensive member of the Pixelbook Go lineup that is the configuration that I am most looking forward to checking out, Google doesn’t have the best track record on the “lower-end” after the Pixel Slate.

Availability, even at the pre-order stage is a little odd. The base configuration is only available to pre-order in Just Black. The $899 option will allow you to pre-order Just Black or join a waitlist for Not Pink. The $999 configuration is a waitlist for both colors and the $1,399 4K version is just listed as coming soon and no waitlist option exists. Google remains not great at this whole pre-order and shipping products thing, but we’re going to go hands-on with the Pixelbook Go today at the event and should have some impressions to share before you decide to place that pre-order. 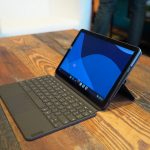 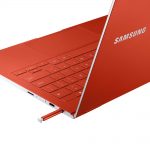 more_vertWhat is a mesh WiFi router and why you should

These days, mesh WiFi routers are increasing in popularity, so the question is, what is it and why you should buy one.