Android may be the dominant platform for mobile devices, but the versatile operating system is slowly becoming more prevalent in people’s homes, taking over their TV screens as well. There are hundreds of Android TVs on the market, but Google is now pushing its technology into a new category with the JBL Link Bar, a $400 soundbar for your TV which features Android TV and Google Assistant built right in. 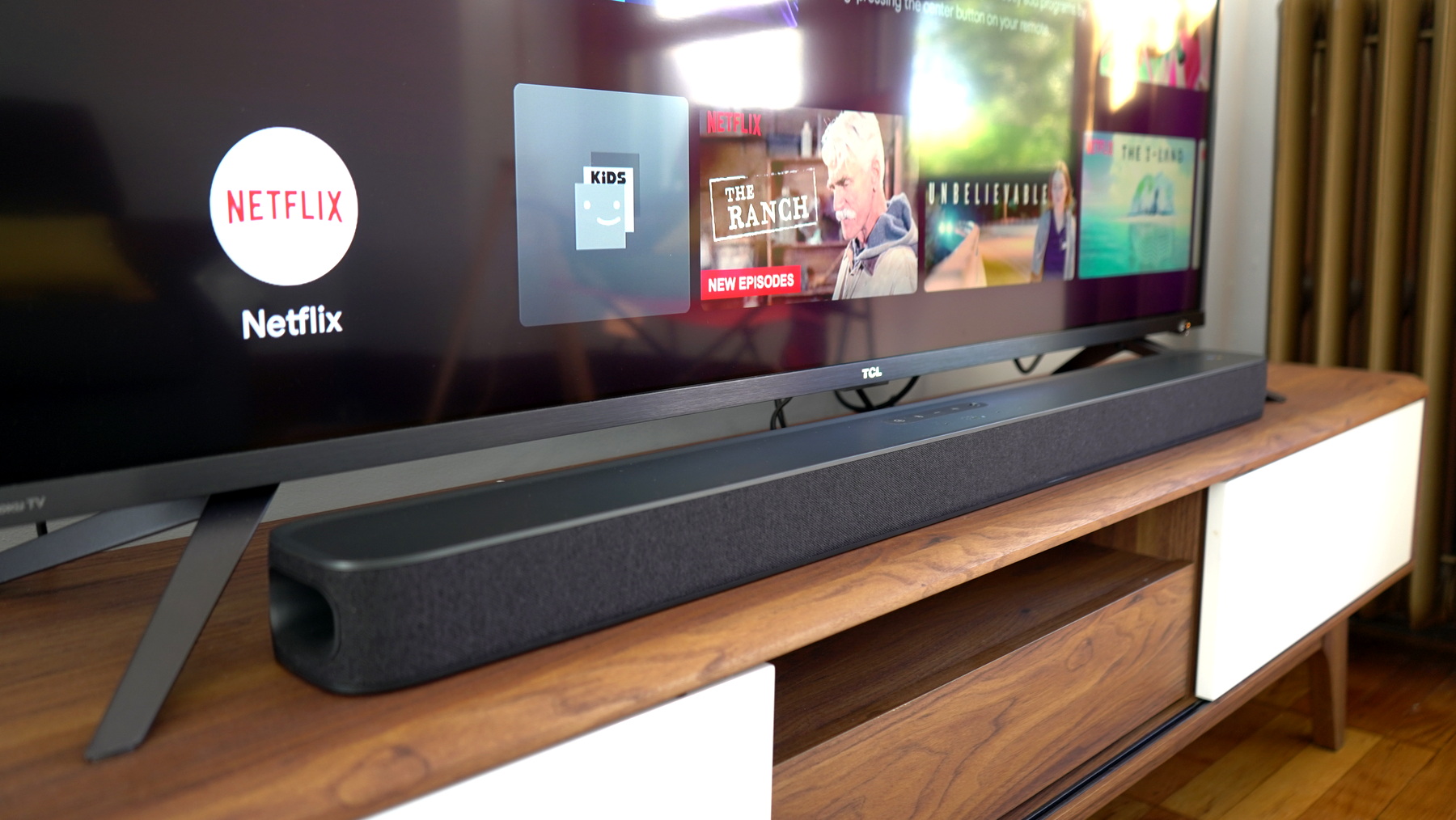 For many, buying a new smartphone is part of life. While there are many who purchase new phones on a yearly cycle, most people typically wait 2-3 years before upgrading. When it comes to TVs, the upgrade cycle is much longer. Most people don’t even consider upgrading until they hit the 5-year mark, but many wait things out much longer than that. Personally, I’ve owned a total of 5 TVs since 2005, but that number would be sitting at 3 if one wasn’t given to me by a friend and if I didn’t move overseas a few years ago.

Due to this slow upgrade cycle, Google is hoping to introduce Android TV to new users by coupling its operating system with a soundbar. This allows those who aren’t really looking to upgrade their TV to convert their older television into a powerful smart TV while also upgrading the audio experience. By pairing Google’s software with the soundbar, it also allows users to purchase a basic TV with limited software features on the cheap or even buy an LG, Samsung or TLC TV which features a different smart TV operating system. 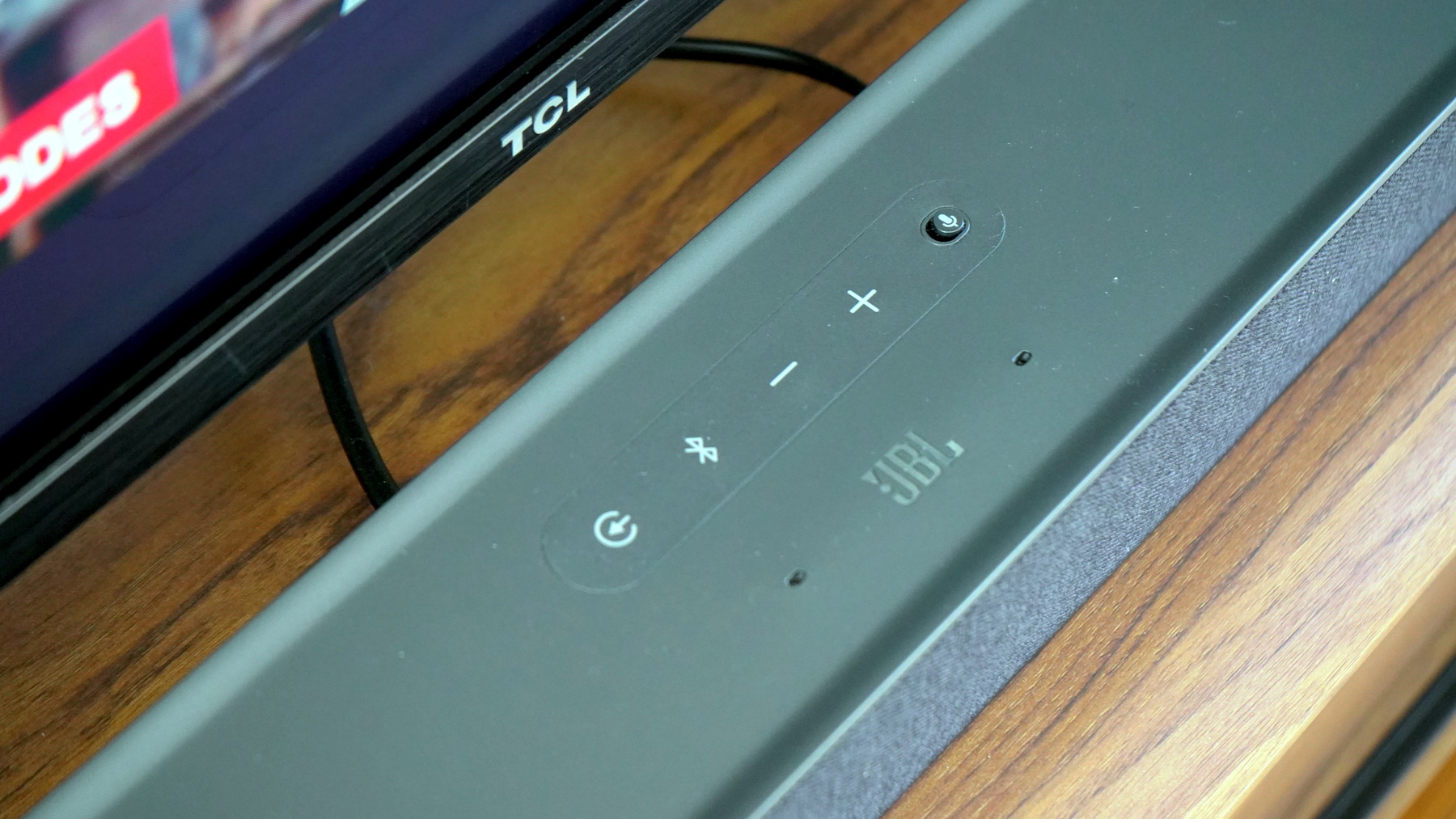 First and foremost, the JBL Link Bar is a soundbar, meant to deliver an improved audio experience over the inadequate speakers that are built into your TV. It features two 20mm tweeters and four 44x80mm “racetrack” drivers which deliver a 100W output at max volume. Compared to my TV’s audio, the JBL Link Bar is a massive upgrade.

The audio is crisp and clear when listening to music, but you can also feel it when sitting back on the couch while watching action flicks with its immersive virtual surround sound system. Even at 50%, the JBL Link Bar is loud enough to fill most living rooms. There is a bit of distortion if the volume goes up past 90%, but you’ll likely never need to pump things up past 70% unless you’re trying to entertain the entire neighborhood. The only thing that’s really lacking is the bass, but if that’s something you really need, you can always purchase one of JBL’s subwoofers which will sync with the Link Bar.

“Compared to my TV’s audio, the JBL Link Bar is a massive upgrade”

For running Android TV and Google Assistant, the soundbar is equipped with a 1.5 GHz Amlogic T962E quad-core processor, 2GB of RAM and 8GB of storage (4GB available for apps games and media), WiFi, Bluetooth and 4 HDMI ports which allows the soundbar to become the focal point of your media experience. 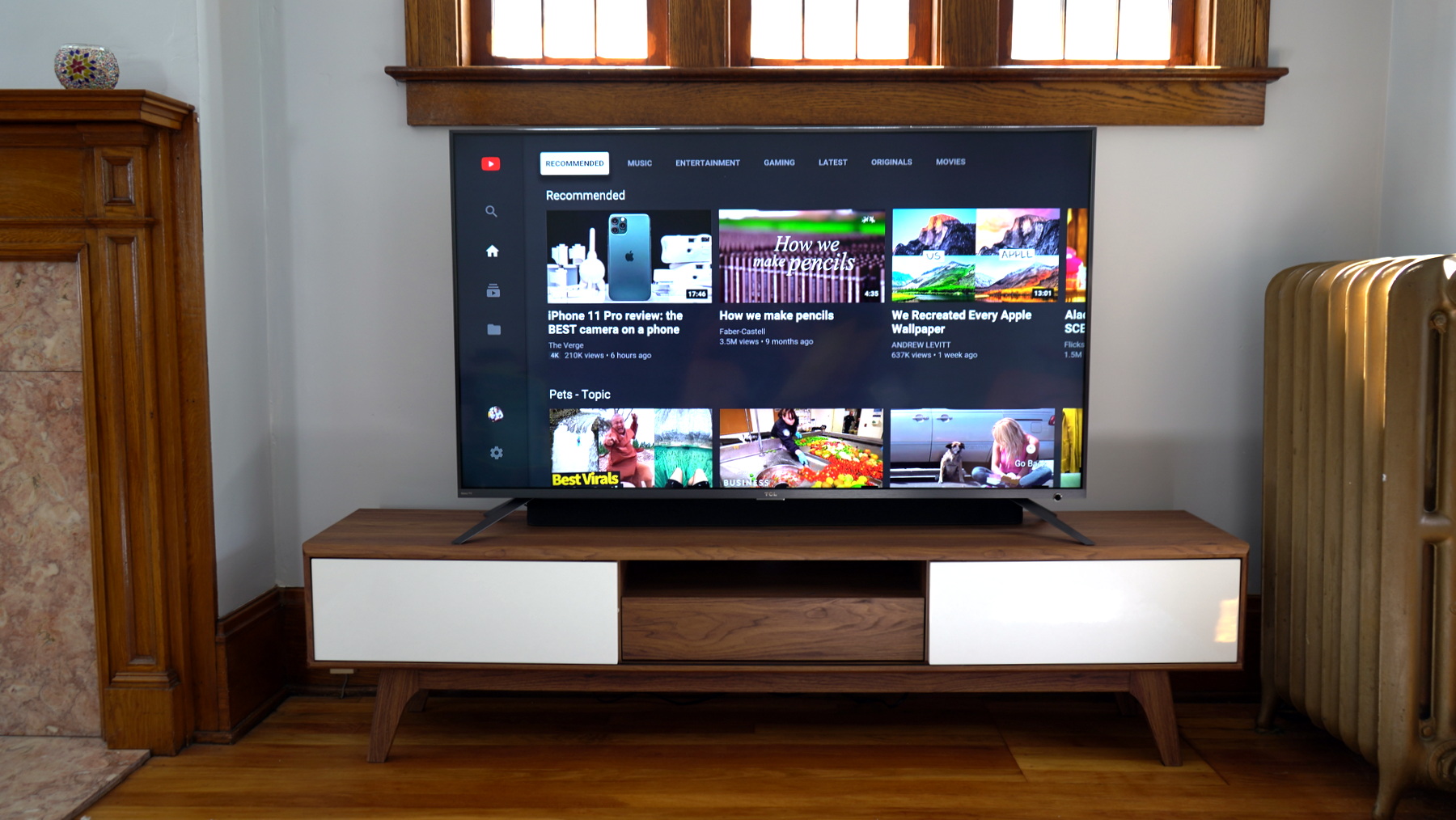 The JBL Link Bar isn’t your average soundbar. Devices in this category have always had one purpose, delivering better audio your TV. The Link Bar delivers on that front but adds in Android TV for those who may not be satisfied with the built-in operating system that their smart TV has to offer. Add in Google Assistant and you have yourself a smart speaker with enough power to fill your living room with your favorite music when you’re not watching TV.

Android TV has been around for a while now, offering a simple platform to run select Android applications which have been optimized for your TV screen. All the usual apps from your favorite networks are present, along with YouTube, Netflix, and Hulu for those who prefer subscription streaming services. The Link Bar can also act as a mini gaming console thanks to the hundreds of Android games which have been optimized for Android TV, but you will need a dedicated Bluetooth controller to play them since the remote that comes with the soundbar is practically useless on that front.

Overall, Android TV is a great platform, but like most TV operating systems, it’s always felt a bit laggy. When navigating the UI, there’s a noticeable 1/4 second delay. This could be due to the Bluetooth connection between the remote and the Link Bar, but it’s likely due to the Amlogic T962E quad-core processor since opening apps take a second or two longer than what you’d expect and playing games on the device isn’t the smoothest experience.

The JBL Link Bar is able to play 4K content from most apps, but it seems YouTube is the only one that currently supports 60fps playback. Google is also working to add 4K HDR support to Android TV so that apps like Netflix, Hulu and Google Play Movies can take advantage of it, but the company hasn’t said when the feature will be available.

One area on which the JBL Link Bar is a step behind when compared to most Android TV boxes is the lack of a USB port with support for external media and storage. If JBL had included 64 or 128GB of internal storage, that wouldn’t be too much of an issue, but with roughly 4GB of usable space, there’s barely enough room to download a single 4K video. 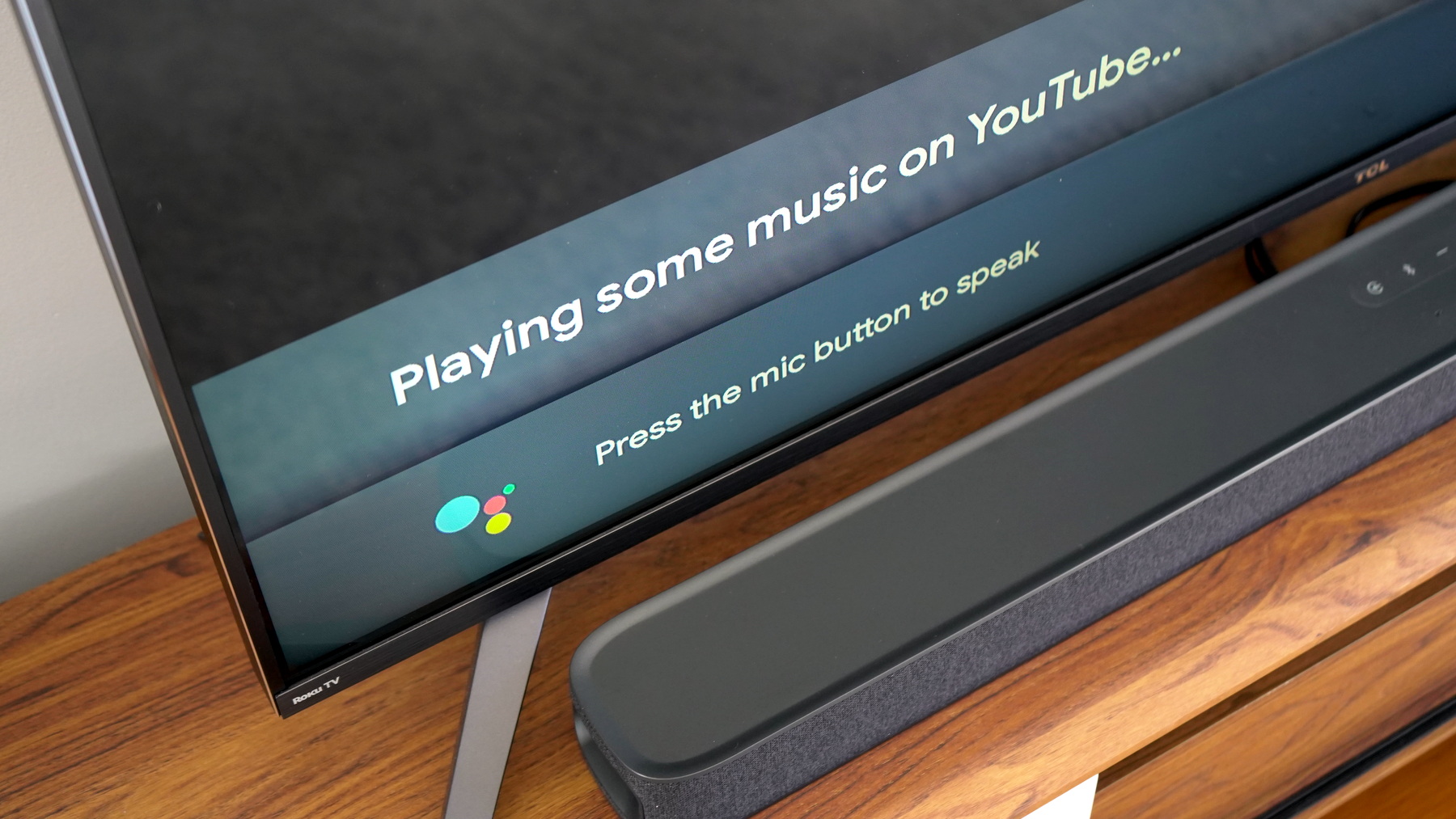 As a Google Assistant smart speaker, the JBL Link Bar is a bit of a mixed bag. From an audio quality standpoint, the Link Bar is probably one of the best smart speakers on the market, going head-to-head with the Sonor Beam. Ask Google Assistant to play music from your favorite artist and the soundbar will fill the room. I did run into issues on multiple occasions with the microphones not picking up the “Ok, Google” trigger phrase, but you can always use the Google Assistant button on the remote and skip the trigger word altogether.

Unfortunately, Googe is still trying to work out what the Google Assistant can do on different devices. Ask it for the weather and you’ll get an audio response with a weather card that pops up on the screen. The Google Assistant will also show more video card options on the screen in response to inquiries about specific topics, which is a nice touch. However, you won’t be able to use the Link Bar to play any of the Google Assistant games that you typically have access to on the standard Google Assistant speaker and it can’t show web images if you ask phrases like “show me pictures of Japan.”

But the biggest disappointment is that the JBL Link Bar can’t be added to a Google Home speaker group. We’re not sure why, but it’s disappointing that the smart speaker with the best audio quality in the house can’t be linked to play music with my other Google Assistant speakers which are scattered in various rooms throughout the house. 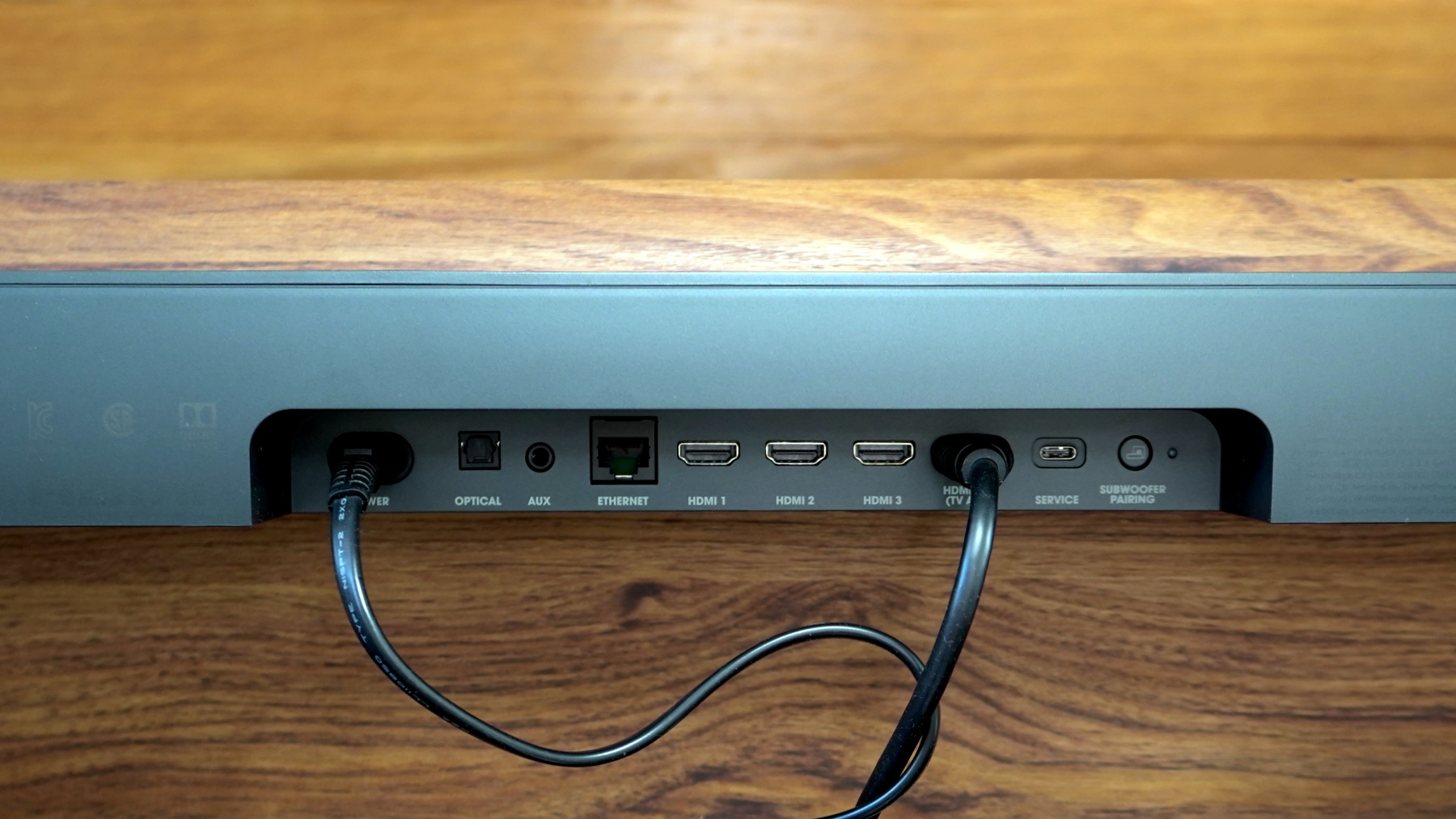 With four HDMI ports, the JBL Link Bar can be used as an HDMI switcher for three peripherals. While most people simply plug their external HDMI devices into their TV and hope that the HDMI ARC connection between the TV and the soundbar works every time, being able to use the Link Bar as the hub is a much better experience, especially since you can switch between HDMI devices with a voice command to Google Assistant.

The Link Bar will do its best to recognize the various HDMI devices which are plugged into it, but you can always rename the inputs yourself if you want. There’s really not much to the soundbar’s HDMI switching functionality, but it works flawlessly, as it should. 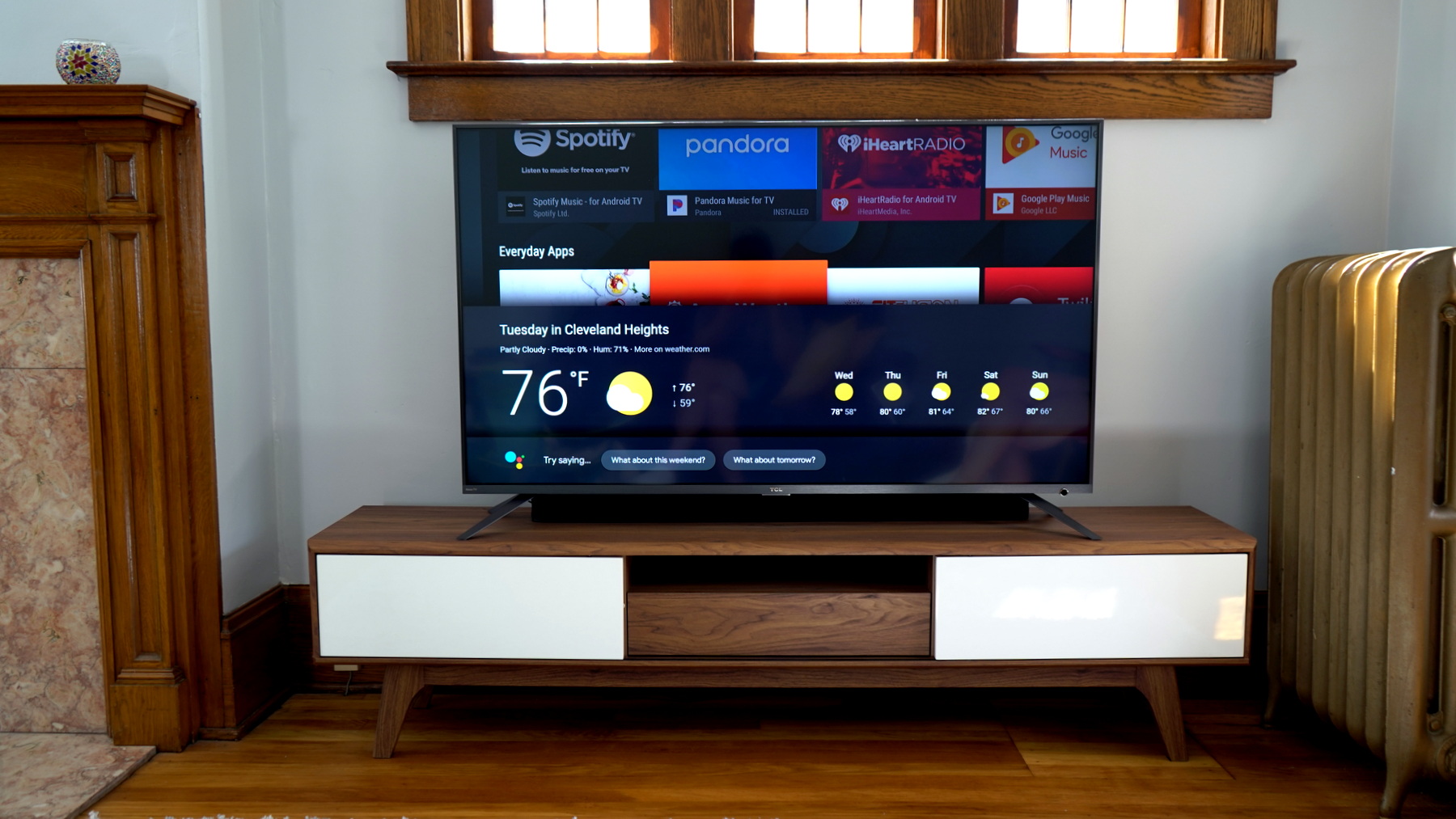 The JBL Link Bar is one of the most intriguing devices I’ve tested this year. While there are plenty of odd Android-powered devices to go around, it’s not often that we see them introduced to a new category. Cramming Android TV and the Google Assistant into a soundbar is one of the best ideas Google has had in a long time, giving users a smart TV system and a smart speaker is a single device.

At $399, the JBL Link Bar isn’t exactly cheap, but it’s no more expensive than the Sonos Beam which only includes Google Assistant. To match the functionality offered by JBL’s soundbar, you’d need to buy a Sonos Bean and a $100 Android TV box. If you prefer an all-in-one solution, the JBL Link Bar is definitely the way to go. If you’re not quite convinced that this is the right device for you, Google says that similar devices from other manufacturers are in the works. It’s not clear is those devices would perform better than the JBL Linkbar and fix the issues we came across, but having more competition in this new category will eventually lead to a much better experience.