Earlier this year, rumors, leaks and a new patent from Motorola made headlines, revealing that the company is poised to revive its RAZR brand with a foldable display smartphone. Fan-made renders quickly popped up, showing what the device may look like, but the official sketches of the device revealed by Motorola’s patent for the phone have given us the best visual representation of what the upcoming RAZR will look like.

Now, thanks to a new leak, we finally have more details regarding the launch timeframe for the phone. According to LetsGoDigital, Motorola is planning to release the RAZR in Q4 of this year in the U.S. market, followed by a European launch which will likely come at the tail end of 2019 or the very beginning of 2020. The leak doesn’t offer anything new regarding the phone’s specs or price, simply confirming that it would feature a mid-range processor, a smaller battery than those found in the Samsung Galaxy Fold and the Huawei Mate X, but a similar $1,500 price tag. 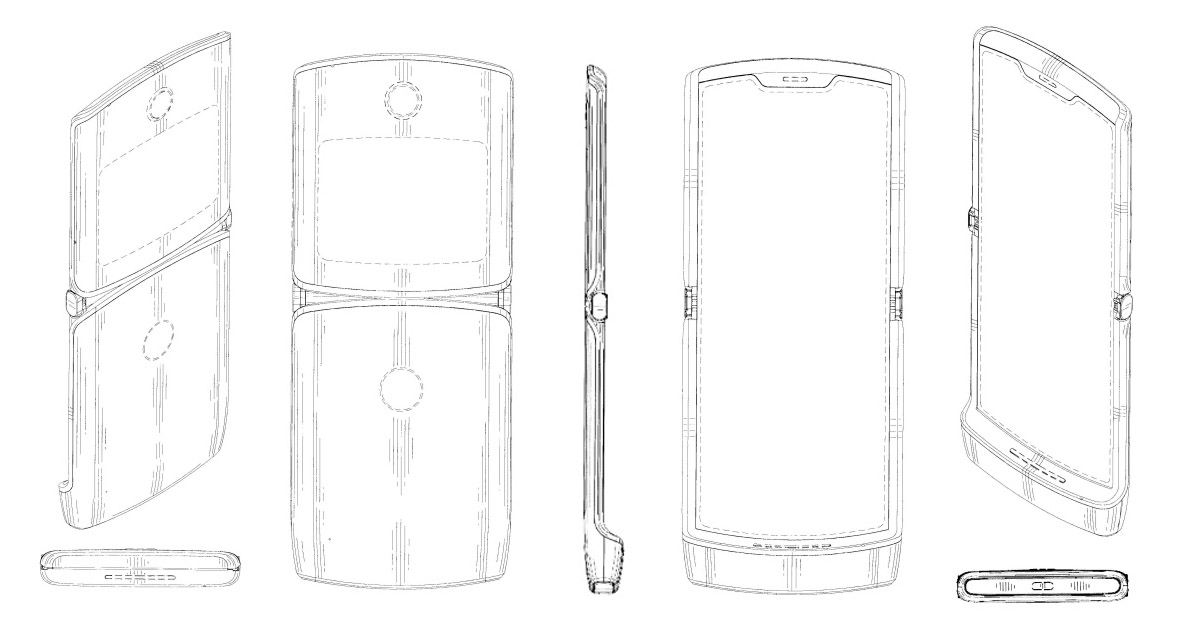 Based on previous leaks, we know that the new Motorola RAZR is expected to feature a foldable 6.2-inch 876×2142 display on the inside of the phone with a secondary 600×800 display on the outside to show notifications and other information. The processor Motorola intends to use in the phone is likely the Qualcomm Snapdragon 710 which would be paired with 4 or 6 GB of RAM. The battery is said to offer a 2,730mAh capacity which would be quite small, even when compared to other mid-range devices with similar screen sizes.

While anyone paying $1,500 for a smartphone would likely want all the latest and greatest specs, we don’t think Motorola will have a hard time selling the new RAZR. If the design looks anything like some of the concept renders which have been floating around, it will be one of the best-looking smartphones we have seen in years. Like Samsung and Huawei, Motorola would likely limit the production of the phone in an effort to artificially increase demand.

Do you think the foldable display Motorola RAZR will be as appealing as the Samsung Galaxy Fold or Huawei Mate X?