The Samsung Galaxy Note 10 has just been announced and it’s gotten people talking. Despite the expected spec bump and light design refresh, some of the new features Samsung introduced could give the device a competitive edge. And with the companies second quarter profits significantly lower than last year, they’re going to need them to compete in a weakening flagship market.

If you’re wondering if you should pick up the Note 10, here are the top six killer features of the device. 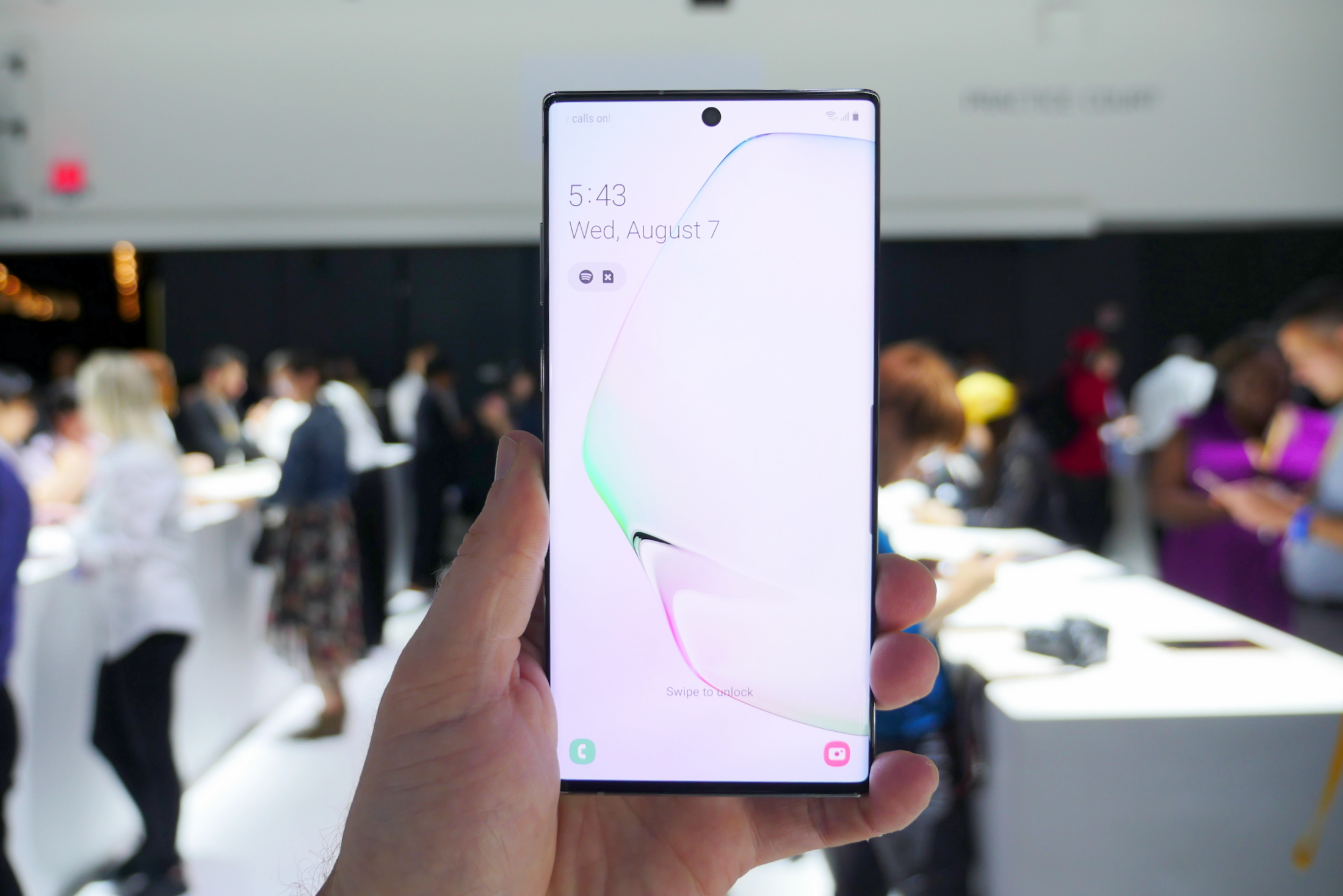 When you buy a Note device, you’re buying a massive phone. This was true eight years ago with the 5.3-inch Galaxy Note, and it’s true now. The Galaxy Note 10 isn’t all that huge by today’s standards at 6.3-inches, but the Galaxy Note 10+ is a massive 6.8-inches. Without bezels the device itself may not be as huge as you’d expect, but it’s still absolutely gigantic by smartphone standards.

That display will be a Dynamic AMOLED panel with a high resolution and likely the same HDR10+ certification as the Galaxy S10. Samsung’s high end displays have long been some of the best on the market, and this should hold true with the Note 10 series. 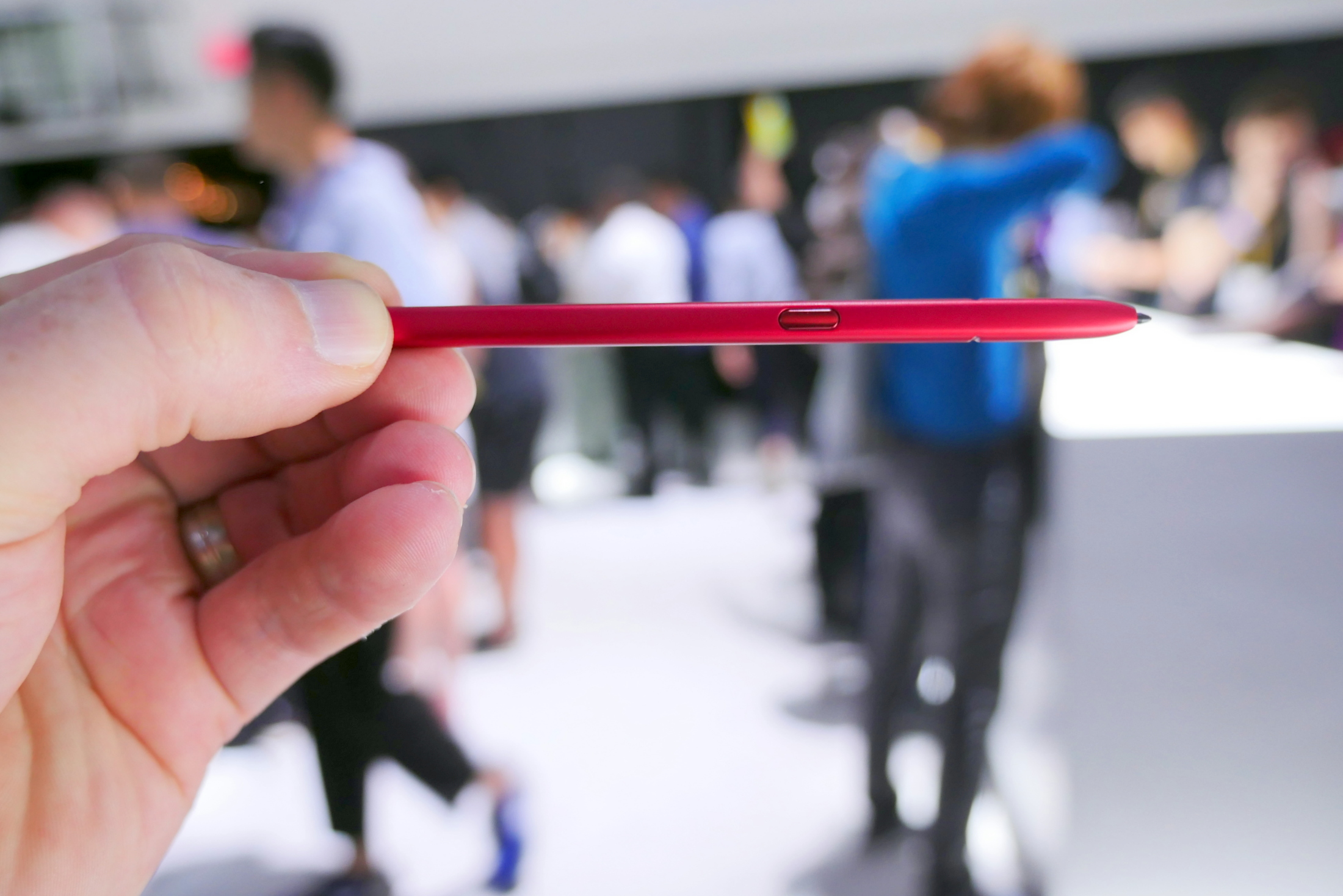 The S Pen has long been the defining feature of the Galaxy Note series and brings a ton of useful features to the device. Whether it’s jotting down notes, drawing, or using it as a remote for your camera, it’s one of the main reasons to pick up a Note.

The new S Pen in the Galaxy Note 10 features hours of battery life, far more than the Note 9, and has a full 6 axis motion sensing suite. Using an accelerometer and gyroscope, it can now do motion controls. Whether this is switching camera modes and lenses or scrolling through YouTube, and even more features coming in the future thanks to a developer SDK, it’s more useful than ever.

Rather than a hyper-focus on camera performance, this year Samsung is pushing video. This doesn’t just include taking video, but editing it.

You can now shoot with a bokeh background in video as well as photos, and you can apply background effects on the fly. You’ll also be able to draw in 3D space with the S Pen for more interactive videos. And when you’re done, the device has an editing suite tailored to the phone. 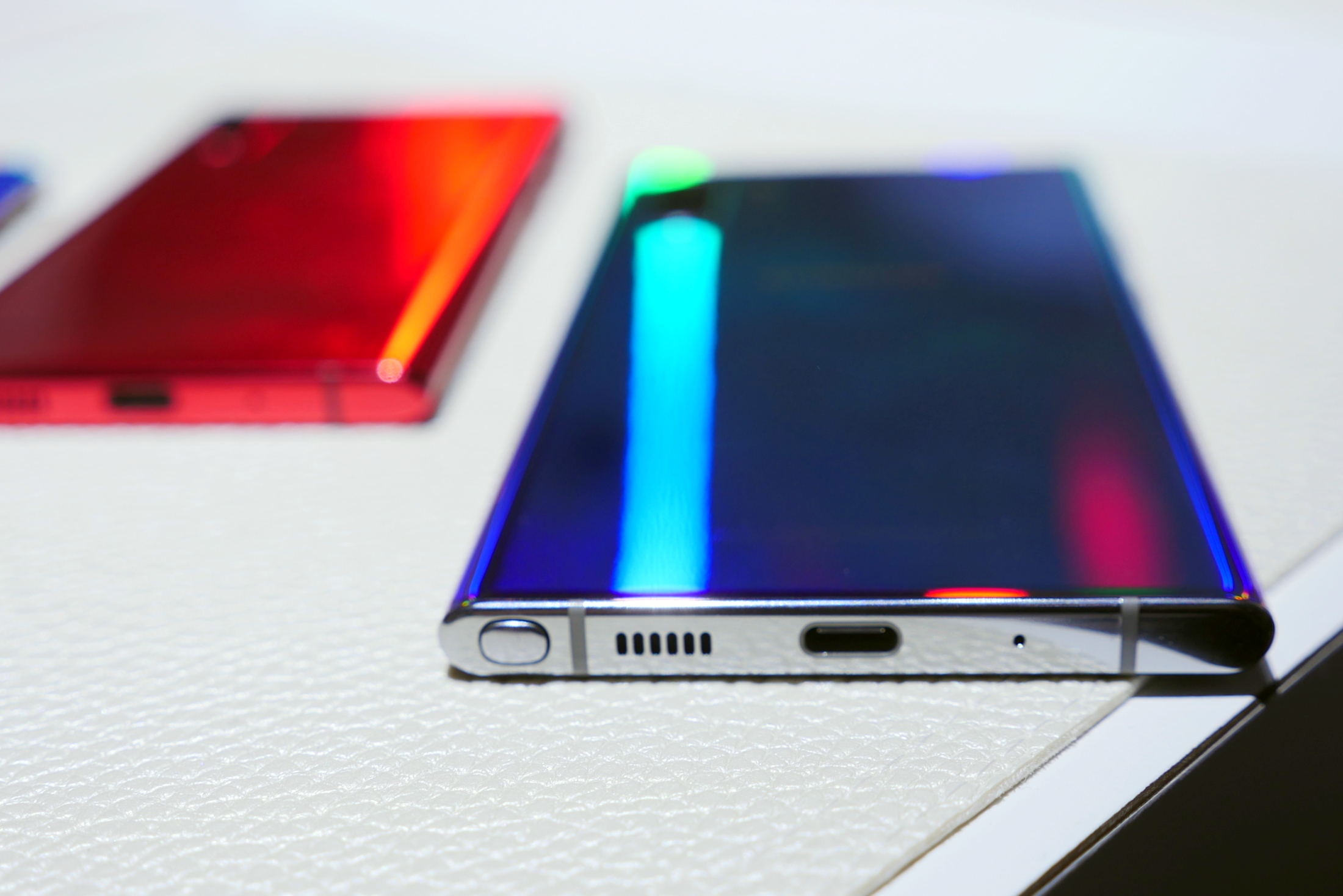 Most fast charging is in the 15-25W category. Now wattage doesn’t directly relate to charging speed, because things like temperature control and dropoff rate affect how quickly a battery can charge. This is how some lower wattage methods like the one OnePlus uses can be quicker than others.

But 45W is crazy. Samsung claims you can get a full day of charge in just 30 minutes of charging on the included 25W fast charger, so a 45W charger should be even faster.

Unfortunately, this feature is only available on the Note 10+ and not on the regular Note 10. Moreover, a 45W brick won’t be included. Fortunately it’ll be easy to find one as it uses the USB-PD standard. Many laptop chargers will do the job just fine.

The Samsung Galaxy Note 10 will come in a 5G model. Now it’s not the first phone to utilize 5G, but it is one of the fastest and most advanced (and of course the newest). Where most devices don’t offer 5G connectivity, picking up the Note 10 5G will allow you to connect to the new and incredibly fast wireless network. That is, if you want to pay extra for the plan.

Handwritten notes are great for your own reference, but they’re not useful outside of the device. Thankfully Samsung has announced that you can export your scribbles to other formats.

The first step is to take what you’ve written and convert it into editable text. From there, you can export the file into formats such as PDF and Word docs. This brings a new level of usefulness to the S Pen in a school or business environment. 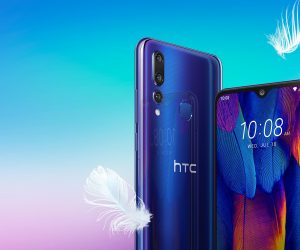