We know that many carriers have plans to launch their 5G services this year, and if you’re a T-Mobile customer, you’ll be pleased to learn that the company’s 5G service will be going live on the 28th of June. There is a catch though, and that is it won’t be live for everyone. Instead, it will only be available in six cities at launch.

This includes New York, Los Angeles, Las Vegas, Dallas, Cleveland, and Atlanta, but it is expected to expand over time, so if you don’t live in those cities, don’t worry because over time 5G coverage should be expanded (although we don’t really have any dates to share). T-Mobile does note that due to the service being new, it will only work reliably outdoors.

This doesn’t mean that it won’t work indoors, but as the infrastructure is still somewhat new, your best bet would be to use it outdoors. In addition to its 5G services going live, T-Mobile has also announced the availability of the Samsung Galaxy S10 5G in those cities. The phone will not come cheap at a full price of $1,299, but customers can opt for an installment plan of $31.25 a month after a $549.99 downpayment.

There aren’t too many 5G smartphones at the moment which is why the Galaxy S10 5G is commanding a premium. If you’d rather not pay those prices, then we reckon you’ll probably have to wait a couple of years until 5G services and 5G compatible smartphones become the norm. 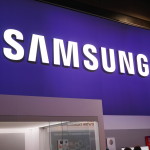 What to expect from Samsung’s Galaxy S2 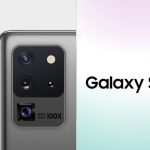 5 reasons why I’m not excited about the