Update: Six months later, my opinion on the Creative SXFI AMP has changed. For the better! Read the update article here.

Headphone jacks are a thing of the past (unless you pay less for your phone, which is odd). USB-C audio is the “future,” but it isn’t a future that’s really ready. There are flaws, like needing dongles, buying new devices, and not being able to use earphones and charge your device at the same time.

But even when headphones jacks were around, they didn’t exactly sound great. Putting aside exceptions like some LG G series devices with Quad DACs and the first Galaxy S which housed a Wolfson Micro DAC, most phones sound mediocre and can’t drive high end headphones. Some sound downright bad, even with cheap headphones.

If you’ve upgraded your headphones, it’s time to upgrade the power behind them. The $149.99 Creative SXFI AMP pushes some serious power and clear audio through your wired headphones, and promises some fancy software features to emulate a bigger sound stage and more “live” sound.

The Creative SXFI AMP is a very simple device. It’s a 2.6-inch by 0.7-inch by 0.4-inch metal dongle with four buttons on the front under the nice looking golden logo. There’s volume up and down with a play/pause button in the center, and above that is the SXFI button. This enables all the fancy software features on the fly so you’re not relying on the app.

Up top you have a 3.5mm TRRS headphone jack with mic support, and on the bottom you have a USB-C port. Included is a four inch long C to C cable that allows you to plug it into your device. This cable length is perfect, offering some slack so you don’t have a big dongle sticking out of your phone with no flex, but short enough to keep it from hanging and weighing down your cable. Also included is a USB-C to microUSB adapter for older phones. A Type A cable is not included for PC use, but I think we all have one of those lying around.

Inside is AN AMK AK4377 DAC/AMP with support for 24 bit 96 kHz audio, an SNR of up to 120 dB, a THD of up to -110 dB, and 3x gain. To most of you, this won’t mean much. But the gist of it is that it will work with your Android device, Windows and Mac computers, PS4, and Nintendo Switch without any sort of drivers. So whatever device you’re using, if the headphone jack doesn’t cut it, you can plug this in and get far better audio (that is if you even have a headphone jack). 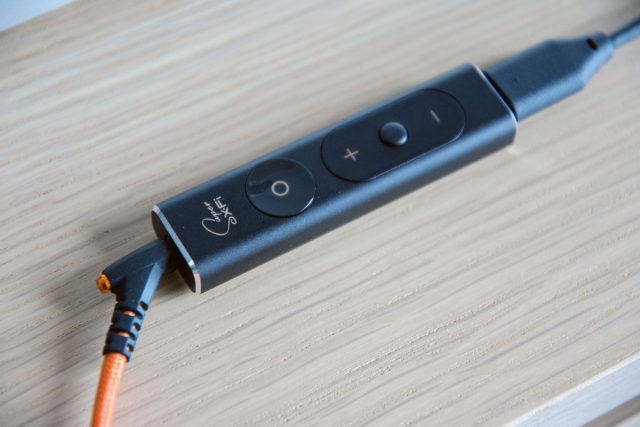 The entire body of the SXFI AMP is a single piece of aluminum. It feels great and has absolutely no flex in it. The edges are chamfered with a shiny, raw aluminum finish. The buttons all have a satisfying click and good travel. You know you’ve pressed them, and they’re sharp enough to easily click them multiple times (double and even triple clicking to skip songs is surprisingly responsive and easy; some headphones and amps make a triple click almost impossible thanks to mushy buttons). The buttons are made of plastic but have a nice texture and definition so you can hit them without looking.

The main advertised feature of this device is the SXFI software features. They claim to give you a “magical” experience, recreating the sound stage of big speakers suing any stereo headphones.

To get started, you download the SXFI app from the Play Store. It’ll ask for storage permissions and you can start the personalizing process. You’ll need to take photos of both of your ears and your face, and the app claims to create a custom experience based on your ear and face shape. Whether this actually changes anything I can’t say, but it’s necessary to begin.

From there you can select your headphones from a wide range of options, from Bose to Beats and even a few Massdrop offerings. Most of my headphones however are unavailable, even Creative’s own EM-U Purplehearts. This applied to my V-MODA M-100, Massdrop AKG K7XX, B&O Beoplay H6, and more. Still, many of the popular options are there and they do slightly change the sound.

Plug your SXFI AMP after your customizations and it’ll transfer the data directly into the amp. From there you can use it on any device and it will have your custom profile already embedded.

Let’s start with the raw sound. After all, most people who are buying a DAC/amp want the clean, natural sound rather than software equalizers and filters covering it up. Plug in your favorite headphones with no setup and you instantly get far better sound than your included headphone adapter or built-in headphone jack.

The DAC can push enough power to run some of the more power hungry headphones, giving you ample volume where a normal headphone jack would give you a quiet maximum volume. But even with lower impedance headphones like the V-MODA Crossfade M-100, you’ll notice a substantial difference.

Highs get clearer, bass gets sharper and puncher, detail starts flowing out of the music. The way a proper DAC transforms bass is especially nice. The SXFI AMP does a great job with clarity and lack of distortion even when blasting music.

When it comes to sound signature, it runs a little bright. Comparing it to the non-mobile Creative Sound BlasterX G5, the SXFI AMP is a bit stronger and harsher on the highs, but not substantially so. Bass is just as strong and the sound remains fairly balanced. This can only be noticed when comparing to other products.

To turn on the SXFI features, you hit the big round button. This will turn the LED green and… the music stops sounding good. This effect is extreme. You lose the stereo effect, the vocals develop an extreme echo, cymbals and other highs get distorted and buzzy, and the bass gets overly strong and muddy. All the sharpness is taken away/ Frankly, I think it sounds terrible. I tried a variety of music, movies, and even games and it never did anything to improve the experience.

Now, this isn’t me saying you won’t like it. Maybe you will. I know most audiophiles won’t. And the echoes will definitely drive a lot of people away. And especially for games, since this DAC works with the Switch and PS4, losing the stereo effect is pretty detrimental to the experience.

If you have a pair of headphones that cost more than $50, you owe it to yourself to experience them in a better way. And if you own anything above $300, well you’re really missing out. Get yourself a DAC, any DAC. But the SXFI AMP gets my recommendation for its great sound, portable design, and solid build quality. Just keep the SXFI button off. 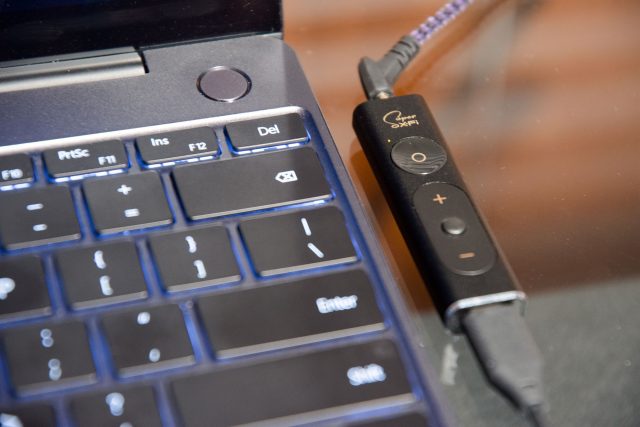 When looking at what’s on the tin, you may be disappointed. The “magical audio reality” Creative advertises is nothing but a wildly strong equalizer that distorts your music until it sounds completely wrong. The average audio enthusiast won’t touch it. So in terms of promises it under delivers.

However, as a product, it’s actually pretty awesome. It’s a solid and powerful headphone amplifier that’s designed well and provides a great user experience. Plug it into whatever device you want with a standard USB-C cable and it’s fired up and working. This includes your Android phone, laptop, PS4, Switch, and more. And trust me, all of these devices could use the improvements of a DAC.

It’s especially great for travel both on your smartphone and on your laptop. Want better audio than that wimpy headphone jack on your brand new laptop can put out? Plug this directly into a USB-C port (or a USB-A port if your laptop even has those anymore) and your audio experience is immediately improved. You can even hook it up to your desktop at home, since even fancy “high end audio” integrated into some motherboards isn’t very good.

It’s a compelling replacement for that missing headphone jack and simply a competitive and solid USB headphone amp. Just turn the SXFI stuff off and enjoy the amazing sound quality. Pick yours up from Creative’s website for $149.99. 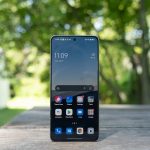