There is an undeniable buzz surrounding what OnePlus has up its sleeve for the OnePlus 7 given the trickle of leaks and hints we’ve been seeing surface over recent weeks. The company is expected to announce the OnePlus 7 and OnePlus 7 Pro on May 14 and the excitement just stepped up a notch thanks to a huge advertising campaign by the company.

Aimed at creating buzz and anticipation for the unreleased device, OnePlus took out an ad in The New York Times to tease what we can expect from the OnePlus 7 Pro and it seems to be working. The ad states the device will have no notch and no bezel, which suggests a heavy focus on design and screen quality as well as predictably confirming the popup camera design we’ve been expecting.

Yes Virginia, if it’s in The New York Times, it’s got to be true. Welcome to the world, One Plus! pic.twitter.com/leKjS801dN

Not content there, OnePlus also promoted its overall satisfaction score as it seems to be pulling out the stops to promote the upcoming launch of the OnePlus 7 series.

A further tweet by the company showcased the other side of the ad that displays a blueprint schematic of the OnePlus 7 Pro that seems to show a motorized camera, therefore, confirming what all the leaks have been pointing towards and how the company can achieve a notch-less display.

With just over two weeks until the launch of the OnePlus 7 series, the company is certainly pulling out all the stops to get everyone excited, and it’s definitely working. 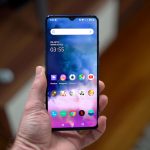 OnePlus CEO hints that their next phone will 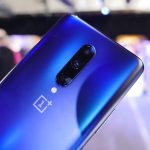 OnePlus Concept One to make its debut at CES