The generational evolution of the Huawei Watch: from classy to sporty to the raw basics

Android-based smartwatches never really took off as Google had hoped, but we had one company really pushing for gold. The Huawei Watch was the peak of smartwatches at one point, and the rest of the series has done its own work to push smartwatches further. Huawei has recently released the third generation of its Huawei Watch series, and it’s a huge departure from the previous model. And to be fair, so was the Huawei Watch 2 to most fans of the original.

Let’s start at the beginning. Back in the day, Wear OS was still called Android Wear, and the first watches were not very good. Remember the awfully slow Moto 360 and LG G Watch? 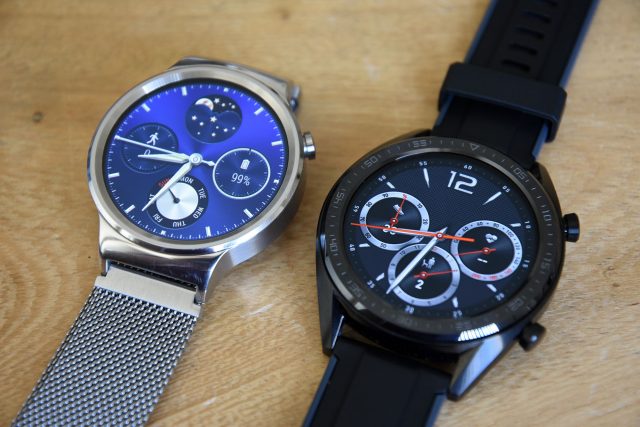 The first Android Wear smartwatch to really capture the hearts of Android enthusiasts after the Moto 360 was the Huawei Watch (which is still selling for the original price of $349). It was a gorgeous watch, with a classy body that could blend in with a suit and a fully round AMOLED display with no flat tire. Whether you rocked a classy leather band or a metal mesh one, you looked good wearing it.

It came with some decent specs for its time, hot-swappable bands, a wide assortment of sensors, and even a speaker. However, it did not come with a light sensor, meaning auto brightness wasn’t possible. This is what made the Moto 360 so functional, but it’s also the reason for the flat tire.

The Huawei Watch won many fans with its gorgeous looks (we absolutely loved it), and many are still rocking theirs today. I know I am. It even received the latest update to Wear OS with the new UI, better battery life, and smoother performance. If it’s not too worn out, it’s still an awesome smartwatch to use on a daily basis.

The Huawei Watch 2, currently selling for a relatively inexpensive $279 was released a few years later and it got quite a bad rap despite being a good smartwatch. Those same fans that loved the original didn’t like the switch to a smaller display and a sporty look. With a black plastic body and a beefy ceramic bezel, it looked more like a G-Shock than a classy watch. Even the expensive $400 Huawei Watch 2 Classic was more rugged and sporty than classy.

It had a better assortment of sensors, including a light sensor for auto brightness. It was faster and smoother, providing a better user experience than the original. The charger was revamped to actually be usable and not a total mess. The Huawei Watch 2 was comfortable, reasonably priced, and provided the most “complete” Android Wear experience at the time. But you can’t blame people for being sad that we never got a proper successor to the Huawei Watch. The 2 was an amazing watch, but it wasn’t the same. 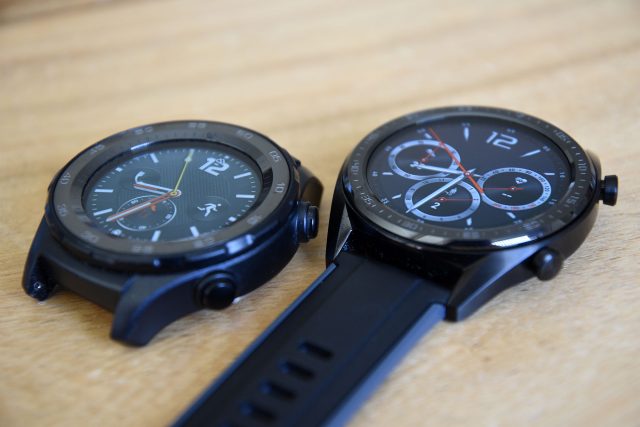 The Huawei Watch GT is the third installment, currently selling for only $200, and it’s a whole different beast. It brings back the larger 1.4-inch AMOLED display with a resolution higher than ever before, but swaps the Snapdragon processor and Google’s Wear OS software for very rudimentary internals and Huawei’s own proprietary software. The watch is still sporty, but it’s also oriented at the fitness crowd. It’s a smartwatch in most senses, but in some ways, it’s more like a sexier fitness band with a large display. A stainless steel body with a ceramic bezel give it a modern look, but it’s not so obviously “smartwatch” like the previous generation. It looks pretty good actually. There’s also a stainless steel GT Classic model for an extra $30 which looks even nicer.

The swap to proprietary software and budget hardware (we’re working with 16MB of RAM here) gave it a battery life of two weeks even with constant heart rate sensing and sleep monitoring enabled. Without those features, battery life is even better. It can also do workout tracking for far longer than any Wear OS device on the market, giving it a major advantage in fitness. Another benefit is the thin body and superior 50m water resistance.

Of course the downsides are numerous. Very basic notification support, no music control, no apps, horrible stuttering, software that’s a total copy of Wear OS without the features, limited watch faces, and no Google Fit support are some of the issues that make the device hard to recommend as a traditional smartwatch. It simply can’t compete with a Wear OS watch. It’s made for fitness and it does it very well. If you’re interested in a deeper rundown, check out our review of the Huawei Watch GT. 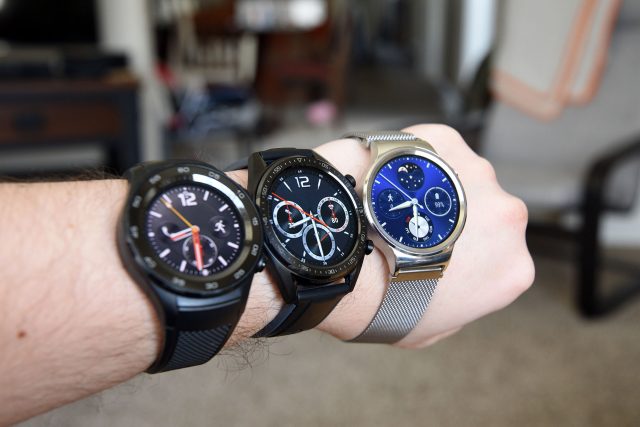 Since that fateful day in 2015, we still haven’t seen a real successor to the original Huawei Watch. However we’ve gotten two solid new watches from the company, as the Huawei Watch 2 was a great watch for its time and the Huawei Watch GT has an amazing series of benefits over other watches on the market for those who want them. Maybe Huawei is better off creating specialized watches rather than participating in the dying Wear OS ecosystem. Without a real push from Google, we don’t see Wear OS going anywhere anytime soon.