In this day and age, receiving a call from an unknown number can raise all kinds of red flags. Could this be a phishing attempt? Could it be a scam call? Could this be a telemarketer? All those are valid questions that come to mind when you see a call from a number you’re not familiar with, but Google is hoping to do away with those concerns.

According to Android Police, they have discovered that in Android Q, Google will be making some changes to the Phone app where it will be gaining more robust call-blocking tools. Google has already built-in some spam detection tools into Android, but it seems that with Android Q, the Phone app will come with options that let you block calls from a larger category. 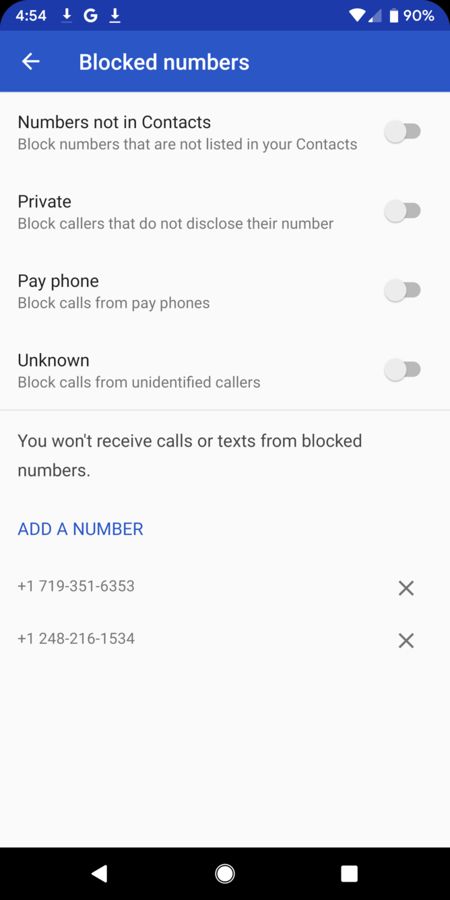 This works well if you know the number you want to block, but since spam callers tend to use new and different numbers all the time, it would be impossible to add them all to the list. This feature isn’t new per se as it was spotted back in 2018 in the AOSP commit during the Android Pie beta, but it now seems to have surfaced in the beta of Android Q.

Google has yet to confirm when the feature will be released, but given that it has been spotted in Android Q, there is a good chance that it might be part of the Android Q update which will be released later this year.

In the meantime, you can check out our article on how to block calls and text messages on Android.