Our smartphones hold a lot of potential in making our lives a lot easier. This is thanks to apps such as Tasker and IFTTT where users can set up various tasks that can be automated without needing any input from the user, such as automatically turning on your lights when you get home, and turning them off when you leave the vicinity of your home’s WiFi.

Unfortunately, Android Q could end up crippling some of the automation capabilities of these apps. According to Android Police, it has been discovered that Android Q will be killing off the ability for apps to turn on or off WiFi without the user’s input. This change is made in the name of protecting the user’s privacy and also for security, where malware could abuse access to such features.

So what does this mean for the end user?

If you have any automation routines that require being able to automatically turn on or off WiFi, you will now be greeted by a prompt that will require you to manually turn it on or off yourself. This essentially kills off any form of automation since the process is ruined by users having to attend to the prompt.

Google has also suggested to developers that they should use the new settings panel, which will let users toggle certain features without having to leave the app and go to their Settings.

That being said, we should note that Android Q is still in beta which means that certain things could change before the final release, so there is a chance (even though it’s a small one) that Google could decide not to go ahead with these changes. Also, Google has in the past made some exceptions for some apps such as Tasker, so who’s to say that they won’t get an exception this time around again? 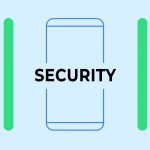 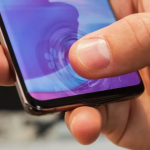