[Update: Likely Wed 13] Android Q could finally be launched today as bug tracker opens up to the public

March 11 came and went with no sign of Android Q. However, all hope is not lost as historically Google has released stuff on a Wednesday, so the release of Android Q seems set for tomorrow, March 13.

The bug tracker for the next major version of Android, currently only known as Android Q, just opened up, signaling Google could be getting to ready to issue the first beta release today, March 11.

First spotted by XDA, the bug tracker for Android Q is now live, which allows developers to register bug reports running the Android Q beta, suggesting the launch of the software itself could be imminent. If you go to this short link, the Issue Tracker search has the date of March 11 already filled in. This means that the tracker itself is now ready to show public bugs only submitted from today onwards. 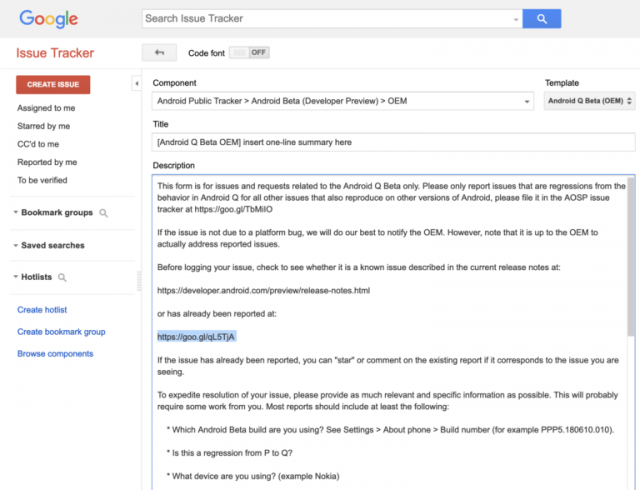 We’ve typically seen previous beta versions of Android release around this date so it shouldn’t come as much of a surprise that Google appears to be prepping the release of the Android Q beta for today, but the news is welcome, nonetheless.