These days when we think of flagship smartphones, hefty price tags come to mind where it’s becoming increasingly common to see such devices priced at $1,000 and above. Thankfully it appears that LG is hoping to defy the norm by officially announcing and confirming the price of the LG G8 ThinQ in Korea.

When LG first announced the handset, they did not mention anything about pricing except to say that it would not stray too far from the handset’s predecessor, the LG G7. LG has certainly kept to their word because the phone is actually cheaper than the LG G7 with a price tag of 897,600 won. This is versus the LG G7 which launched in 2018 with a price tag of 898,700 won, making the differences marginal.

We’re not sure how much the phone will cost when it launches stateside, but do take note that based on the current conversion, the LG G8 is priced at around $790, making it pricier than the LG G7 which launched for $750 last year. According to LG, the reason for the lower price tag is to offer up a premium flagship smartphone to as many customers as possible.

In addition to the cheaper price tag, LG has also stated that customers can look forward to a free case and a one-year free screen replacement.

Whether or not US customers can look forward to similar goodies remains to be seen as we imagine that different regions will have their own promotions. In the meantime, LG’s direct competitor, Samsung, has launched its Galaxy S10 smartphones. The cheapest model, the Galaxy S10e, is priced at $750 which should give LG a bit of competition. 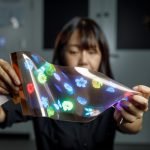