OnePlus 7 will have a pop up camera, renders reveal

The level of excitement to see what OnePlus has for its next generation of device following the launch of the Galaxy S10 and MWC just hotted up with the latest leak. OnePlus demoed a 5G prototype at MWC but aside from CEO Pete Lau answering a few questions about the device and admitting to carrying it in his pocket, nothing else was said about the OnePlus 7.

However, a new leak has surfaced that claims to be renders of the OnePlus 7 showing a design that is largely similar to that of the OnePlus 6T, but has some interesting features. For starters, the camera module on the back has gained a sensor, bringing the OnePlus 7 on par with the likes of the Galaxy S10 with a triple lens array.

The bezels have been reduced to hit a 95 percent screen-to-body ratio, which was alluded to in previous leaks, but the renders appear to agree that the bezels have been significantly reduced. To achieve this, and perhaps the most interesting feature revealed by these renders, OnePlus has opted for a pop up camera module, similar to what we’ve seen Vivo doing. This will house the front-facing camera and allows OnePlus to eliminate the notch entirely and achieve that crazy screen-to-body ratio.

With such small bezels, OnePlus can cram a 6.5-inch display in OnePlus 7, in a profile that measures 162.6 x 76 x 8.8 mm. There’s no word on the resolution of the display, but we can expect it to be Full HD+. The OnePlus 7 isn’t expected to get wireless charging but will be powered by a Snapdragon 855 but will not support 5G. The base model of the OnePlus 7 will have 6GB of RAM and a 4150mAh battery running Android Pie. The storage and RAM configuration will increase depending on the model, but the specific combinations are unknown at this point.

The OnePlus 7 will have USB Type-C as well as a speaker grill on the bottom of the device, with the mechanism cutout for the pop up camera on the top. You’ll get volume buttons on the left edge, with the power button and alert slider on the right.

Expected to launch between May and June, the OnePlus 7 is expected to cost around Rs. 35,000, which converts to roughly $500. 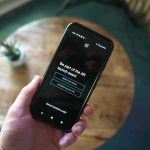