While the Android-powered Wear OS smartwatch market has been dwindling and manufacturers have been giving up on the platform, smartwatches themselves are still quite popular. It’s technology that can greatly benefit our daily lives. Put on a watch and you can see notifications without pulling your phone out, track your workouts without needing your phone strapped to your arm, and much more.

However, how truly important is an app store on Wear OS watches? All Wear OS watches have access to the Play Store, giving them access to a large number of apps specifically designed for watches and other wearables. And do we use them? I don’t think so.

To most people, the primary function of a smartwatch is likely a notification reader. This may seem silly, but it makes perfect sense. Pulling your phone out and lighting up the display every time it rings is incredibly annoying, and over the course of dozens upon dozens of notifications, it’s actually time consuming (and definitely battery consuming). A smartwatch allows you to raise your arm and determine whether it’s worth it to pull your phone out, saving you time and distraction. I think this is a major convenience.

The second reason people wear smartwatches is fitness, and our watches come with Google Fit built right in. Wearables are great for fitness tracking and Wear OS watches are no different. The Apple Watch 4 even includes an electrocardiogram, which is amazing!

I don’t think a majority of people do. So we have to ask ourselves this question: if a watch were to remove access to the Play Store, would it be any worse for it? Would the user experience suffer in any way? For the majority of people, it would not.

This opens the door to other smartwatches without Play Store access. The Huawei Watch GT comes to mind, as it runs a proprietary OS without any extra apps outside the built-in health-focused apps. Huawei’s health app suite is pretty good these days and many people simply won’t need any more than that.

This approach doesn’t make it a “discount” watch, as the proprietary OS gives the watch some ridiculous battery life. Despite the 1.39-inch AMOLED display, the device is advertised to have two-week battery life, and in my testing, it can nearly reach that timeframe even with sleep tracking and full-time heartrate monitoring enabled. Truly amazing.

Samsung takes a similar approach with the Galaxy Watch, running its own Tizen OS rather than Google’s OS and foregoing access to the Play Store. The watch has been relatively popular too, so the move away from Wear OS worked out for Samsung. In true Samsung fashion, they have built their own app store, but it doesn’t have quite as many apps available as the Play Store does on Wear OS.

That doesn’t necessarily mean I’m recommending either the Huawei Watch GT or the Samsung Galaxy Watch over a Wear OS watch, as both have their own issues. With the Watch GT, a framerate below 20fps really doesn’t help, and little support for notification management and music control make it less useful than your average Wear OS watch.

Google’s latest Wear OS updates have made the platform so much better, and I hope we see a resurgence in Android-powered smartwatches. But with other options being so tempting, especially with crazy battery life achieved by stripping away Google’s many features, it’s not hard to see why people would move away. Whether it’s Huawei with the Watch GT or Samsung with the Galaxy Watch, the Play Store and wide app support simply isn’t the key to wearables. 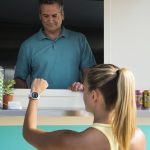 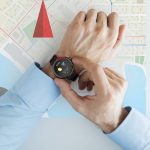 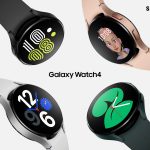 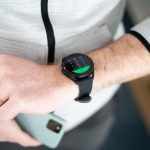 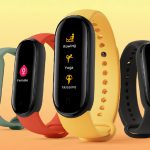