Last year Xiaomi launched its Black Shark gaming smartphone, and if you were curious about it and might even be interested in it, then we have some good news for you because it looks like the second-gen Black Shark smartphone is said to be in development, and could possibly be on track for a debut this coming spring.

This was confirmed by Xiaomi’s Product Director Wang Teng Thomas who made a post on Weibo claiming that he saw the second-gen Black Shark smartphone in action, and that based on what he said, it is “too fast”. Unfortunately Wang did not provide any additional details so it is unclear for now what kind of features we might be able to expect from it.

That being said, gaming smartphones at the moment seem to feel more like an exercise in marketing rather than something that’s truly necessary. For the most part most gaming smartphones pack flagship hardware, like the latest processors and high amounts of RAM, specs that you can easily find from the likes of Samsung, Huawei, LG, and so on.

Some gaming smartphones do offer a slight advantage, like the Razer Phone 2 which comes with a display with a refresh rate of 120Hz. Others claim to offer up better heat management, but like we said, whether or not this is 100% necessary is a different story.

We can only assume that this is what the Black Shark 2 will be packing, like the use of the Qualcomm Snapdragon 855 and the use of a liquid cooling system which they used in last year’s model, but other than that it’s anyone’s guess. 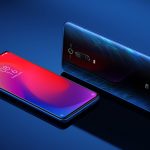 These are the specs of the Xiaomi Mi 10 and M 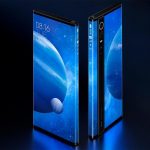