As CES kicks off today one of the early announcements comes from Withings, the company is releasing two new analog fitness-focused smartwatches in the style of its Activité watch from 2014, the Withings Move and Withings Move ECG.

This is the first product announcement from Withings following their re-acquisition from Nokia by Withings co-founder Éric Carreel in mid-2018, which came just two years after Nokia originally purchased the company and rebranded it as Nokia Digital Health.

The Move is an interesting new option in the fitness wearables market as the vast majority of the competition is sticking to an all-digital interface, while there is no doubt a segment of the market that would prefer to stick to a traditional analog watch without giving up all the intelligence of a smartwatch. The Move looks to offer exactly that and will start at just $69.95, a significant savings versus the likes of the Apple Watch or even most Fitbit smartwatches.

The Move uses two of its dials to tell the time and a third to display the status of your fitness goals for the day on a 0 to 100 scale according to the settings in the companion Health Mate app. Move will come in 5 colors at launch with considerably loftier plans for customization in the future. Withings has indicated that users will be able to choose from a variety of colors for the watch case, the wristband, the wristband materials, glass options and even the color of the dials.

As for the actual fitness tracking functionality, Move will automatically track walking, running, swimming (water resistant up to 50 meters) and cycling. Users can also opt to specifically trigger connected GPS tracking with the press of a button on the watch in order to see pace, time, distance and a map of the route via the Health Mate app.

Sleep tracking functionality is fairly robust as well with the length and quality of your sleep being monitored. Additionally, you can set smart wake-up alarms that will vibrate your watch to wake you up at an appropriate time considering your sleep cycle. With up to 18 months of battery life, the Withings Move also has a considerable advantage over most of its counterparts as a sleep tracker.

The Withings Move is available for pre-order from Withings today and will begin shipping February 5th. 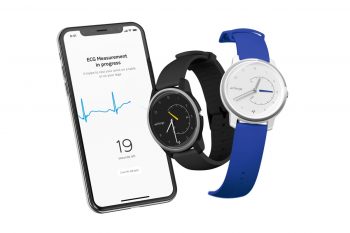 The Withings Move ECG is the flagship device, according to Withings it is the first analog watch to offer a medical grade electrocardiogram, and given the specificity of that claim it is hard to argue with it. The price of the Move ECG jumps up to $129.95, nearly double that of its sibling, but when compared to its obvious rival the Apple Watch 4 at $399, it will seem like a steal.

To cover the highlight feature first, the Move ECG will provide heart monitoring, including an on-demand electrocardiogram to help detect atrial fibrillation (AFib) and record these events and offer an early warning system for users. The Move ECG uses three electrodes to achieve an accurate reading with two in the body of the watch and a third located in the bezel, a full measurement takes approximately 30 seconds and will then display the results in the Health Mate app which can, in turn, be shared with a medical professional as necessary.

Naturally, the Move ECG also packs in everything that the Move offers with elevation gain also added into the mix to provide tracking for the number of stairs you’ve climbed each day. The battery life is not quite as robust on the Move ECG, not shocking given the added functionality, but at a full 12 months, it is not something you are going to be worrying about often.

The Move ECG won’t offer quite the myriad combinations of the Move, but users will be able to select a white or black watch face along with a compliment of wristband colors and materials. The Move ECG will be available to customers starting in Q2 of 2019.

Any analog watch fans that think the Withings Move or Move ECG could be their next smartwatch? 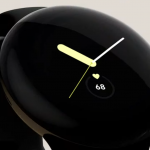 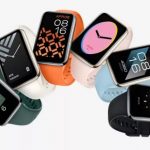 Xiaomi’s Smart Band 7 Pro will be making it