First 3nm chips to hit the market sooner than you think

We’re already living in a world with 7 chips, but 2019 will be the first year that all flagship devices will be equipped with chips built on the 7nm process. The Kirin 980, Apple A12 have already proven that moving to 7nm chips offers an incredible boost in performance and efficiency, but we’ll have to wait until early 2019 to get our hands on Qualcomm’s Snapdragon 855 which will likely be the most common 7nm chip next year.

Getting to 7 nm wasn’t an easy feat, but chip makers are already putting in the work to deliver 5nm and 3nm chips. Needless to say, moving to 5nm and then down to 3nm will be a challenging and expensive endeavor. With the continued reduction in size, chip makers will likely be forced to change the underlying architecture from FinFET to a multi-gate or gate-all-around architecture to further improve efficiency. This will require new manufacturing techniques and new facilities and machinery to build them.

TSMC has already announced plans to bring its 5nm production facility online by late 2019 or early 2020, but the company has just revealed that its 3nm production line which is expected to cost $19 billion has just passed its environmental assessment and is scheduled to be operational sometime in 2022. TSMC may not be a name you recognize, but you’re likely familiar with their works since they are the ones who build the chips for Qualcomm, NVidia, AMP, MediaTek and dozens of other “chips makers.”

The announcement comes as a surprise since TSMC has been quiet on the subject of 3nm chips for a long time. According to an internal report, the company didn’t want to show its hand, giving it a potential lead over Samsung and Huawei’s chip-making businesses.

With 2019 right around the corner, 2022 will be here sooner than you think. Just to give you an idea of how far we’ve come over the past few years, 2012 was the year that the Nvidia Tegra 3 was the most sought-after chip. The chip was built on the 40nm process with 4 main cores and a 5th battery-saver core. By the time 2022 rolls around, the 3nm process will allow TSMC to cram in nearly 1,000% more semiconductors on the same size chip.

It may be hard to get excited about a 3nm SoC that you won’t be able to use for another 3-4 years, but the process takes a lot of time. TSMC is planning to start construction of the 3nm chip facility in 2020 with the installation of the equipment to build the chips scheduled for 2021. Once that’s done, it’ll be about a year before the manufacturing process is completed, tested and refined before the fir commercial chips from Qualcomm, MediaTek and others start rolling off the line.

The 7nm chips we have now are already extremely powerful and efficient. What new and amazing features are you hoping to see on smartphones and other gadgets running 3nm chips in 2022? 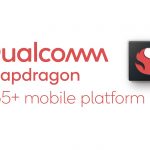 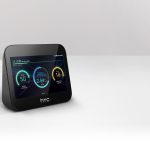 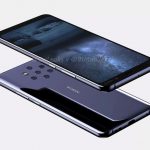