The future of glass smartphones may have a bit less slip

Let’s face it, glass backs are not going anywhere. A glass back on a smartphone is synonymous with premium and high end, even when budget phones are long using glass backs. We can’t deny that they feel great.

Plastic is seen as cheap, and we can’t blame people for thinking so. Many budget phones with plastic construction definitely feel the part. And we can’t forget how awful Samsung products felt back in the day. The Galaxy S3 was a strangely slick, plasticky mess. The Galaxy Tab 10.1 was even worse, with more flex in the back panel than a party balloon. It doesn’t have to be that way, as plastic can be made to feel good, but glass is definitely the better feeling material.

Now that we’re stuck with glass, we get to see the disadvantages. The main one is that it’s slippery. Unlike a textured plastic or aluminum finish, regular glass tends to slip out of the hand easier. Not only that, but it also likes to slide off angled surfaces. Sometimes you’ll only realize the surface isn’t level by your phone slowly sliding off.

To make matters worse, glass is also fragile (but I don’t have to tell you that). Being brittle, it’ll crack and shatter easily from drops. A soft aluminum frame and poor buffer between aluminum and glass makes this even more likely. Not all phones are built alike, but if it has a glass back, it’ll likely shatter after only a few drops. Fragile and hard to hold is a dangerous combination. 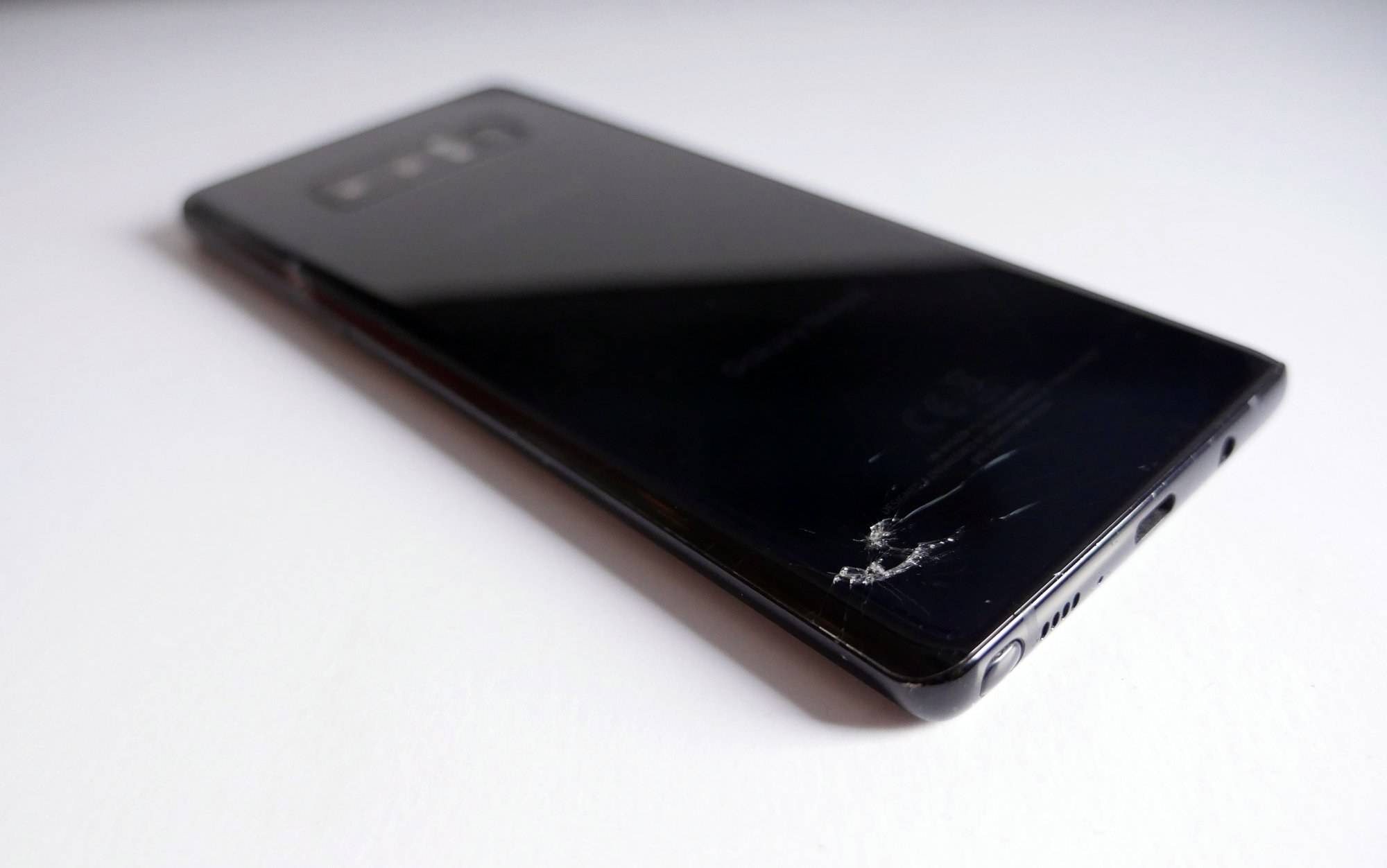 While manufacturers can design a device with a higher chance of surviving drops, glass will still remain the weak point. But glass doesn’t have to be so slippery! And manufacturers are finally catching on.

The Google Pixel 3 duo have some strong frosting on the rear glass, creating a texture that avoids a bit of the slipperiness of regular glass. OnePlus took a similar route with their Midnight Black color, which is just black glass with a light frosted texture across the entire thing. This is a step in the right direction, but it does have one downside. Frosted glass is far easier to scratch, leaving marks on the frosted surface even when treating it as delicately as possible.

Huawei took it in a different direction with the Mate 20 Pro. The rear glass has a fine grid of raised dots, creating a fine texture that’s not easy to see outside of direct light. It still looks like glass and reflects like glass, but it adds a bit of much-needed grip and makes a nice sound when you run a fingernail across it. It also doesn’t suffer any of the downsides that frosting does, as keys don’t leave any marks. Unfortunately, like most polished glass surfaces, it doesn’t stop fingerprints.

This is likely only the beginning. Now that we’re seeing manufacturers starting to experiment with various textures on glass, we should see new and interesting ways to get a grip on our wildly expensive glass smartphones. Of course, you could (and probably should) use a case or skin, but some of us love the feel of a naked phone, experienced as it’s designed to be. It’s a risky way of life to be sure, but a rewarding one.