The most recent iPhone launch brought Animojis- allowing users to record their voice and face, automatically animating themselves into one of several cute characters for delivering to other iPhone users.

Here’s a look at iPhone Animojis:

In the world of smartphone tit–for-tat you had to know that Samsung would launch their own version of animojis with a bit of a spin to make it seem bigger and better. And they did: with Personalized AR Emojis on the Samsung Galaxy S9 and Samsung Galaxy S9 Plus.

Check out Samsung Animojis in action at about 24-seconds into this Galaxy S9 promo video: 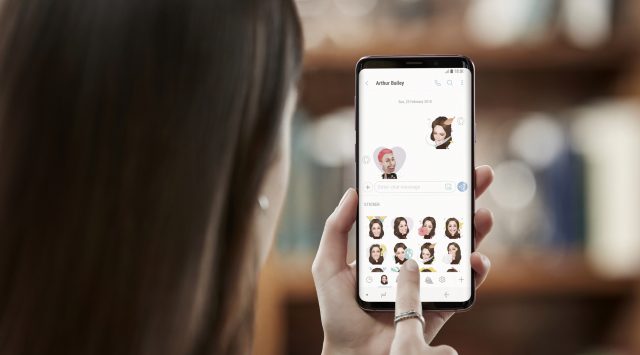 And exactly what’s behind the technology:

Samsung lets users create an emoji that looks, sounds and acts like them. AR Emoji uses a data-based machine learning algorithm, which analyzes a 2D image of the user and maps out more than 100 facial features to create a 3D model that reflects and imitates expressions, like winks and nods, for true personalization. AR Emoji shares users’ real-life emotions not only in video but also with a range of stickers and uses a standard AGIF file format so users can share their emojis across most third-party messaging platforms.

This is a much different approach then Apple. Whereas the iPhone transforms you into pre-selected animal characters, Samsung attempts to create emojis that look just like you. Samsung also boasts cross-compatibility, ensuring the emojis will work across iPhones, Facebook Messenger, and other chat platforms. How true that is remains to be seen as cross platform compatibility tends to come with some limitations.

Which do you prefer: the animalistic cartoony animojis found on the Apple iPhone or the personalized look-alike emojis on the Samsung Galaxy S9 and S9 Plus?