Huawei P20 Lite surprisingly passes through the FCC with an odd 19:9 resolution

Things have been a bit more than confusing on Huawei’s front over the last couple of months as the company prepares to unveil its 2018 flagship lineup. At first, reports claimed that Huawei wouldn’t be hosting any events at MWC 2018 in a few weeks, thanks to Samsung’s plans to unveil the Galaxy S9 lineup.

Then, these reports were seemingly confirmed after Huawei began sending press invitations for an event in Paris where it would unveil “flagship devices”. We know these devices will fall in the Huawei P20 lineup, but there’s a chance we could see at least one new P20 device at MWC 2018. 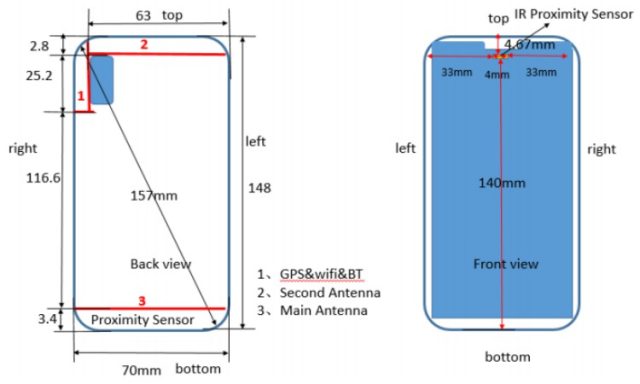 Part of the reason we believe the Huawei P20 Lite could make an appearance at MWC 2018 is due to the fact that the device has just passed through FCC regulations. These filings reveal a few pieces of information regarding the P20 Lite, including dimensions, battery size, and….a notch.

That’s right, according to the FCC filing, the P20 Lite will feature a display measuring around 6-inches, and will come equipped with a resolution of 2280 x 1080. If that number looks a bit odd to you, it should, as it works out to an aspect ratio of 19:9, which is even larger than the recent slew of 18:9 displays that have taken over the smartphone world.

As for the battery, the P20 Lite will feature a 2,900mAh battery, which is justifiably smaller than what we are expecting to see from the standard Huawei P20 and the larger Huawei P20 Plus. On the dimensions front, the P20 Lite is 148mm tall and 70mm wide, which means that the screen could be truly bezel-less when everything is all said and done.

Unfortunately, the FCC filing does not share any information regarding the camera system that will be used. This just means that we’ll be left in the dark for a bit longer about whether the Huawei P20 lineup will truly feature three rear-mounted cameras.