Verizon reportedly preparing to back down from deal with Huawei

CES 2018 was expected to be huge for Huawei, as the company was planning on bringing its latest flagship, the Huawei Mate 10 Pro, to the US. However, the company was also expected to announce its first carrier partnership with AT&T to put more Huawei devices in the hands of customers.

Unfortunately, the day before Huawei’s presser was scheduled, rumors and reports were released stating that AT&T had backed out of the deal at the last minute. Now that Huawei has held its press conference we know this to be the case, but it seems that Verizon will also be backing out of the deal, which was expected to be announced over the Summer.

The reason for Verizon pulling out is due to the same reasons for AT&T pulling this maneuver. It seems that US Senate and House committees sent letters to the FCC stating that Huawei was “a security threat”. This political pressure from the “big-wigs” in DC has been enough to ruin Huawei’s plans to become a legitimate contender in the US.

Instead, Huawei will have to stick to selling its devices unlocked, meaning that it’s unlikely that the $799 Huawei Mate 10 Pro will really catch on here in the US. This also alters the company’s plans for the future, as it is likely to continue seeing opposition from the US politicians who are concerned that Huawei is in cahoots with the Chinese government and is trying to spy on the US.

While this information is not good for Huawei, the real loser here is the US consumer. We have been left with deciding with select brands for years, and it’s just about time to see a newcomer join the mix. Huawei makes solid devices and could be a real contender, but carriers had to do what they do best and screw consumers over. 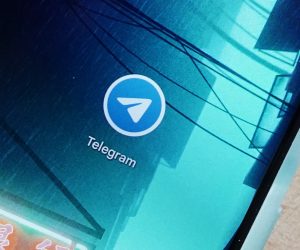