Over the last month or so, we’ve been seeing rumors and leaks ramp up regarding HMD Global’s flagship device with the Nokia 9. The last we heard was that the device was slated to be unveiled in China in January, and we have already seen some renders, but today we are getting another look at the front of the device.

The image below comes courtesy of Weibo (via 91mobiles) and reveals that Nokia will be opting to join the bezel-less brigade with the Nokia 9. The device has extremely slim side bezels, while also including slightly thicker bezels at the top and bottom to accommodate the various sensors and front-facing cameras. 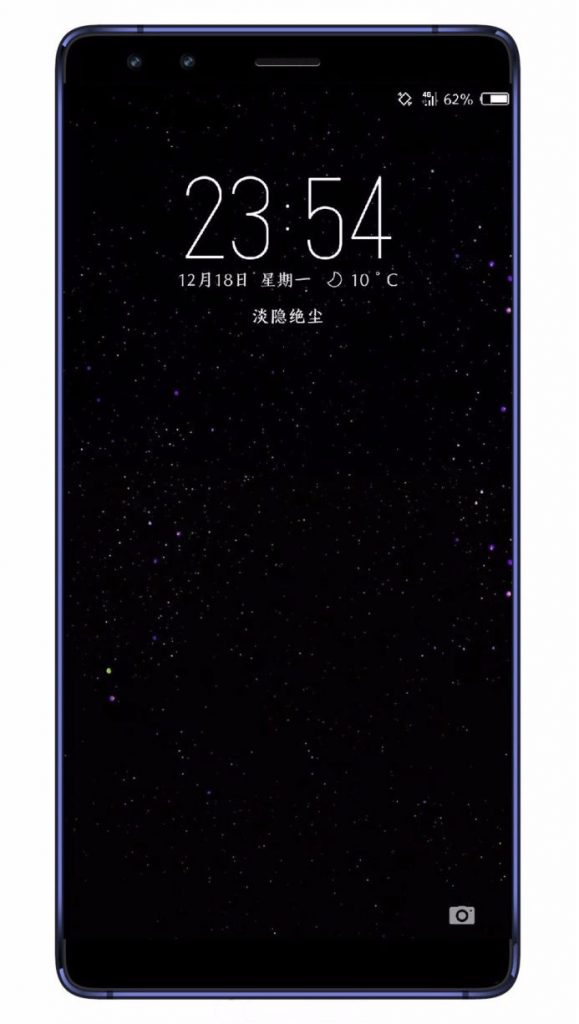 The dual-selfie cameras are perhaps the biggest surprise regarding this render, as we are seeing more and more OEM’s opt for dual front-facing cameras, instead of using just one. It’s interesting to think that this move may have something to do with the world’s move to take more selfies thanks to apps like Instagram and Snapchat, but that may just be a thought I’m alone in.

While there aren’t any specific specs shared regarding the Nokia 9, previous leaks and rumors claim that the device will feature a 5.5-inch AMOLED display, with a 2K resolution and an aspect ratio of 18:9. We are also expecting to see the newly-announced Snapdragon 845 chipset at the helm, which will be coupled with either 4GB or 6GB of RAM and either 64GB or 128GB of onboard storage.

As we stated above, HMD Global and Nokia are expected to hold an event on January 19th in China, and the Nokia 9 will be announced alongside the new Nokia 8 2018. Pricing for the device is expected to start at $560 for the base model and $635 for the 6GB/128GB variant.

Let us know what you think about the latest information surrounding the Nokia 9 and if you would be interested in picking one up if the device is made available here in the US.