You can buy the Samsung Gear Sport and Gear IconX (2018) today!

Back at IFA 2017, Samsung unveiled a new array of wearable devices headlined by the all-new Samsung Gear Sport smartwatch. The company also announced the Gear IconX (2018), a follow-up to the original Gear IconX headphones which were released last year alongside the Gear Fit 2 Pro.

While you may have seen some folks post their impressions or reviews of these accessories, you no longer have to wait to pick them up for yourself. Starting today, both the Gear Sport and Gear IconX (2018) are now available to purchase from many different retailers, including the likes of Best Buy, Amazon, and of course, Samsung. 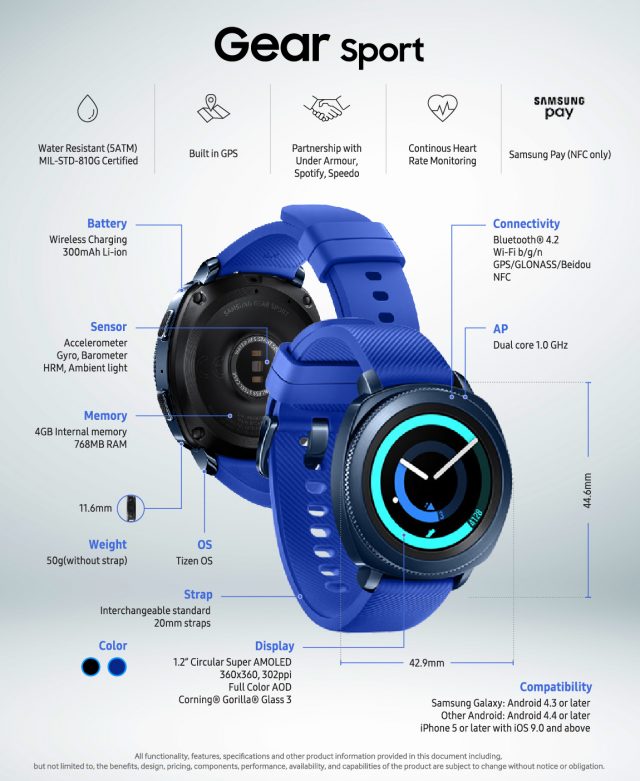 Taking a look at what you get, we’ll start with the Samsung Gear Sport. The smartwatch comes equipped with a 1.2-inch AMOLED display, with Corning Gorilla Glass 3 and is powered by a dual-core 1.0GHz CPU and 768MB of RAM. The Gear Sport also includes 4GB of RAM, a 300mAh battery, and various sensors including an accelerometer, gyroscope, barometer, heart rate monitor, and built-in GPS.

The included GPS sensor, combined with Samsung’s partnership with Spotify now makes it possible for you to leave your phone at home to go for a run, while still have access to your favorite music. This can be downloaded through the watch and features Tizen OS on the software side of things. Pricing for the Samsung Gear Sport starts at $299.99, and you can order it today through Amazon via the button below.

As for the Gear IconX (2018), there was one major complaint when it came to the original IconX headphones – battery life – and these new headphones aim to address those issues. Samsung claims that the IconX (2018) will offer up to seven hours of listening thanks to its 82mAh battery, including up to four hours of talk time. 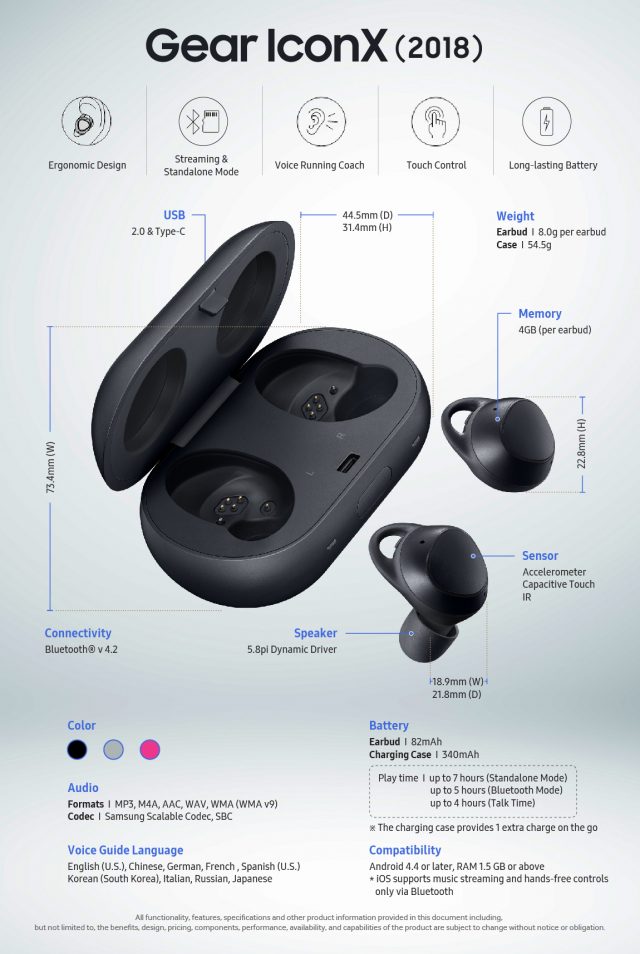 When the battery is depleted, the included charging case is said to provide up to 12 hours of playback, so that you can keep things rolling if you’re on the go for an extended period of time. Finally, the Gear IconX (2018) will provide users quick access to Bixby, which will be updated to version 2.0 in the near future, and will bring even more functionality than what is already offered.