Last quarter, Samsung Electronics reinforced their position as a top tech company and the smartphone world’s most resilient competitor by posting a record-setting quarter. It was then that they posted profit numbers that were enough to outpace Google, Amazon, Facebook, and Netflix… combined.

And now, they’ve done it again. Samsung’s preliminary results for Q3 2017 predicts an operating profit of $12.81 billion, which is a tad higher than analysts estimated and investors expected.

As is usually the case, most of the revenue was driven by Samsung’s semiconductor business, with a bulk of the business likely coming from their involvement in producing the Snapdragon 835, a chipset used in almost every major flagship smartphone. They also provide silicon for other major players, including Apple for use in their own A-series chipsets for iPhones and iPads. 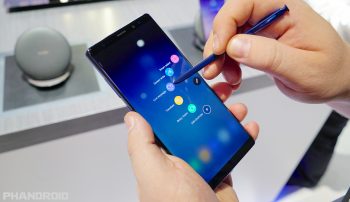 Of course, healthy sales of the Samsung Galaxy Note 8 and continued Galaxy S8 success can’t hurt, either. And the scary part is Samsung still has a massive payday coming with their part in producing OLED panels for the incoming iPhone X. The full results are forthcoming, but it’s safe to say that shareholders are already popping the corks on their champagne bottles, and will likely be doing that well into the holiday season.

It’s odd, then, that Samsung CEO Oh-Hyun Kwon also announced his retirement on this very day. Perhaps he just wanted to ensure he went out on top, with the 32-year Samsung veteran suggesting he is no longer the right leader for the company amid “unprecedented crisis,” which is likely a nod to Samsung’s legal troubles in South Korea of late with their heir being embroiled in a political bribery scandal.

The fallout of that likely won’t tarnish Kwon’s own legacy — remember, Samsung is a mega-conglomerate and many top executives likely had no idea what was going on at the very top. But this appears to be as much about adapting to the ever-changing tech industry as it is dodging controversy, and Samsung Elec will have a tough time finding someone to help them navigate both spectrums as well as Kwon did going forward.