Last month, when all of the leaks for Google’s upcoming devices were making their rounds, one such device leaked was a brand-new Chromebook that would be replacing the current lineup of Chromebook Pixel’s. The Google Pixelbook was rumored to feature an all-new design, but specs for the device were scarce. Now, the folks over at 9to5Google have discovered a listing for the Pixelbook which shared some of what’s to come from the latest Chromebook.

According to the listing found at Synnex, the Pixelbook will have a 12.3-inch display, while also seeing a confirmation of the storage variants. The Pixelbook will be available in 128GB, 256GB, and 512GB capacities, with pricing to begin around $1,199. The 512GB model will be priced at $1,749, and while we aren’t 100% sure yet if the RAM will be higher in this model, it’s highly likely that will be the case. 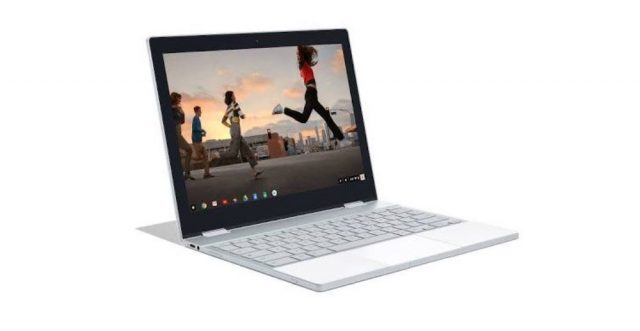 As for processing power, the listing shows the Intel Core i5 processor as the brains of the operation, but again, there’s no mention of whether there are different clock speeds for each specific storage model. It wouldn’t be any surprise if there are slight differences between each model to help justify the massive price difference between the base model and high-end model.

Earlier today, we saw Walmart accidentally list the Google Home Mini for pre-order, along with some stock images, and the upcoming device also makes an appearance here. There’s not much else revealed about this other than the color options, as the Mini will come in “Chalk” and “Charcoal”.

Finally, there seems to be a previously unmentioned product coming from Google named “Google Clips”. Since the Synnex database doesn’t share anything else, we are kind of just throwing our hands up here for this one. Nonetheless, it’s not like we have to wait for a while as Google’s event is set to kick off at 9 AM PT/ 12 PM ET tomorrow, where we will learn about all the new products that will make our wallets empty.