It’s no surprise that 2017 was the year of no bezels, but it seems more and more companies are jumping on the hype train which started back in 2016 with the Xiaomi Mi MIX. We’ve already seen a change in design from the likes of Samsung and LG, while also seeing Essential join in on the fun with its unique design, plus Apple is slated to join the party with its upcoming flagship iPhone (which may be the iPhone Edition or iPhone 8). 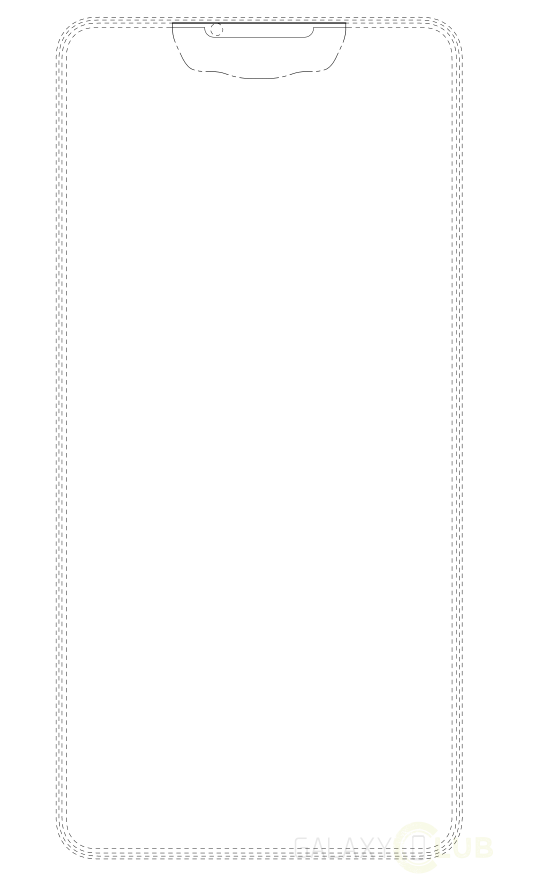 However, it seems that Samsung may be looking to change up its design yet again after a patent approval was found, showing off even smaller bezels than what is found on the Galaxy S8 and Galaxy Note 8. As you can see from the image above, the front panel would practically feature no bezels, save for the very top of the device which would likely house the ambient sensor, ear piece, and front-facing camera.

This design obviously isn’t anything new at this point, as the Essential Phone features almost the same design. The difference between the Essential Phone and the above image come with the cutout, as the PH-1 features a small cutout for the selfie camera, while the speaker grille is placed at the very top of the device.

It’s important to note that just because Samsung was awarded this patent, there’s no guarantee that we’ll see this design actually hit the market. Many companies are known for filing patents, only to keep them in their back pocket while never actually integrating the patents into the design chain.

The last piece of information that you should know about this patent is that it was filed more than a year ago, so while there’s a possibility that we could see this design in an upcoming Galaxy or Note device, it’s unlikely that it will be in 2018. But, there’s hope that we could see it in the future, so I’ll be keeping my fingers crossed that Samsung moves away from the “curved” edges and back to something more traditional.

Let us know what you think about this design, and if it’s something you would like to see make its way to a future Samsung device.